This is going to be a rather long post because we're going to blast through three festive days of
pre-Christmas good times.

Michael had to work on Friday the 21st, but the kids and I were off.  I spent the day packing. We drove down to Tucson separately.  Things got dicey because I-10 was closed in both directions due to a terrible accident so we had to go the "back way" through the desert.

We just barely made it in time for Nick's annual Dress to Impress Christmas party.

Stressed, but Dressed to Impress. 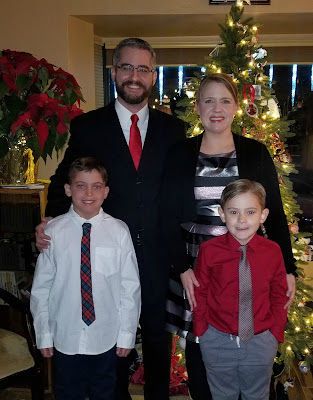 My mom made non-boozy, non-aged eggnog.

Nick's new boozy wreath that he made. 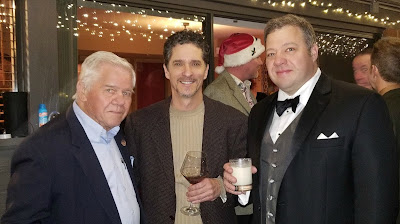 Nick hired an accordion player for the night.  She was wonderful.

I've been inviting Laura for years and she was finally able to make it this year.

Laura, Brendan, and me 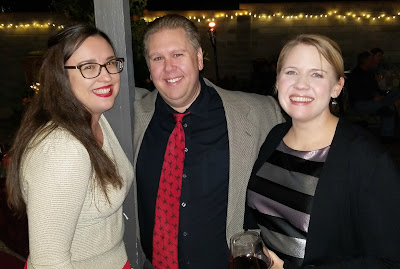 The accordion player brought tambourines for people to play.  The kids got into it!

P.S.  Spencer was sound asleep in Nick's bed because he had stayed up the entire night the night before at a friend's house.  He denies it.  It's true.

Michael and Josh.  The life preserver hanging on the wall makes Josh look like he has antlers. 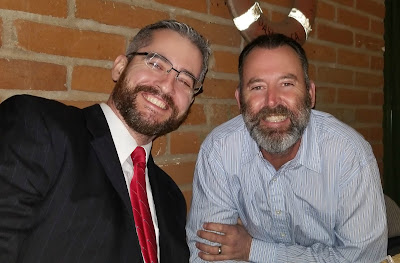 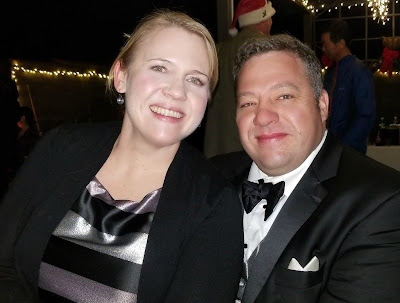 On Saturday the 22nd we went through Winterhaven with Megan.  Her mom and stepdad live in Winterhaven and rent a golf cart for the month so we got a nice escort around to see the lights.

I think this wreath would look great in our front yard. 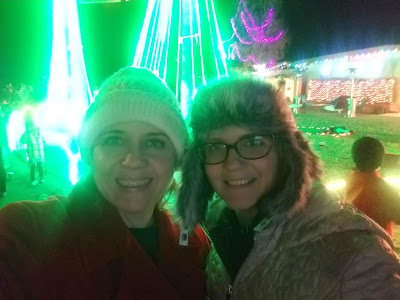 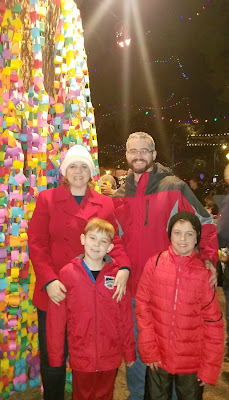 All packed in the cart. 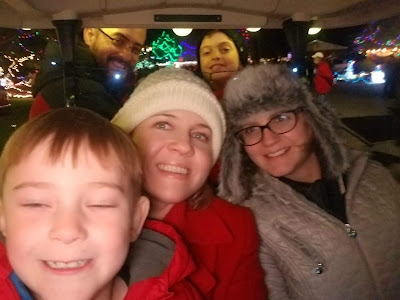 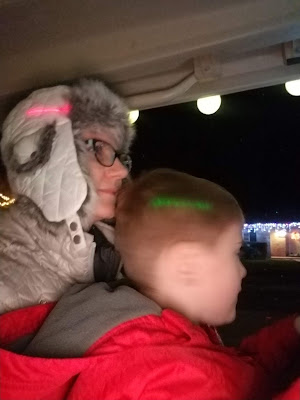 On Sunday the 23rd we all packed in the party bus that Nick co-owns with his friend Scotty.

Nick was the driver.

It was a bumpy ride in the back. 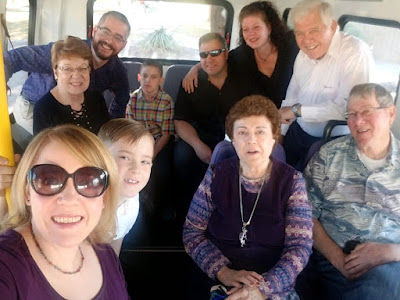 We went to the Tucson Music Hall for a performance of Troupe Vertigo with the Tucson Symphony.  It was spectacular.

We went out for festive drinks after. 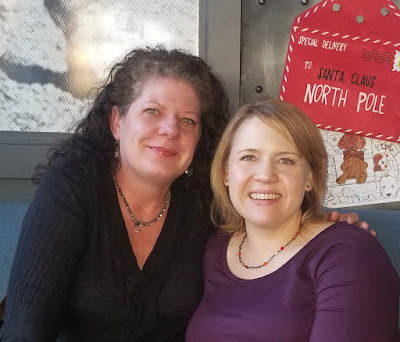 And back home where the cookies we had frosted the previous day were finally dry.