I loaded all of these pictures from last week and then I noticed a funny theme.  All, or actually, most of the pictures are me.  How weird.  I thought this was a blog about the kids.

Nothing noteworthy happened on Monday the 22nd so we'll skip it completely.

I worked on Tuesday the 23rd.  School pictures came back that day.  Here's my 2018-2019 school picture.  It's my 15th year as an SLP and I've probably had a picture taken about eight times. 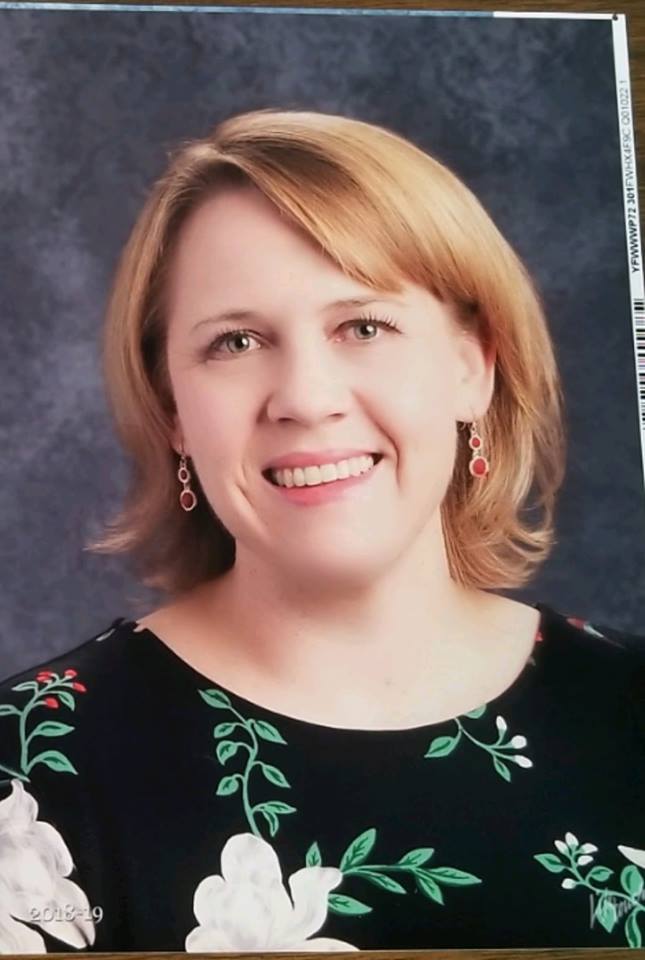 I don't understand these.

Wednesday the 24th was crazy hat day for spirit week.  I wore my witch's hat from a couple of years ago.  It was so, so, SO itchy so I had to take it off during every session.  I did wear it to an IEP meeting that afternoon though. 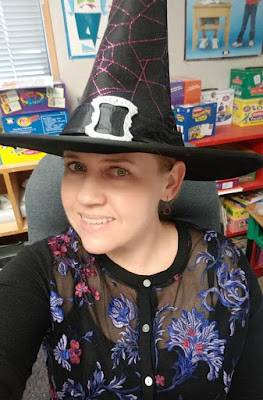 I was doing an "opposites" activity with some 3rd graders that morning.  I said, "Some gummy bears are sour. All M&Ms are...." One of them said, "total shit." Well bud, I like your descriptive language, but maybe tone it down a bit for the other 8 year olds.

We went grocery shopping after work.  I thought these enormous pots were hilarious.  You could make a heck of a lot of soup in one of those.

This is probably the reason this whole post is about me.  Both kids got sick last week.  Elliott missed school on Tuesday and Spencer on Thursday.  We bought a lot of medicine for them and wine for us last week. 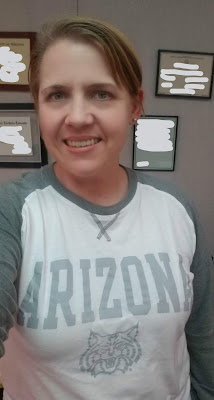 I completed the look with a matching hair bow. 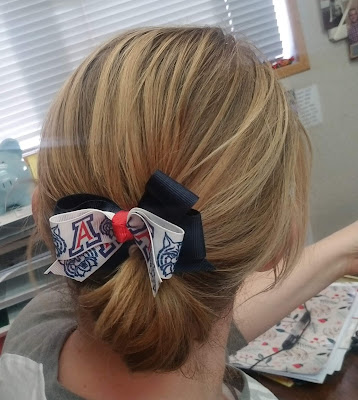 Art I made during all of my sessions that day.  I only let myself color with the kids when all of the session notes are done.  That means it usually takes me days to finish anything. 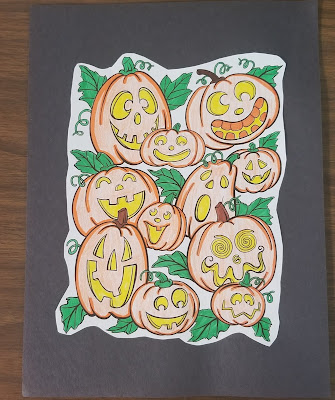 I had ordered two pairs of earrings from Amazon for my Halloween costume.  They were delivered on Friday the 26th.  Look at the difference in size.  I'm returning the ones on the left.  I will never wear anything that big!

And finally, my Halloween costume manicure with part of my costume in the background. 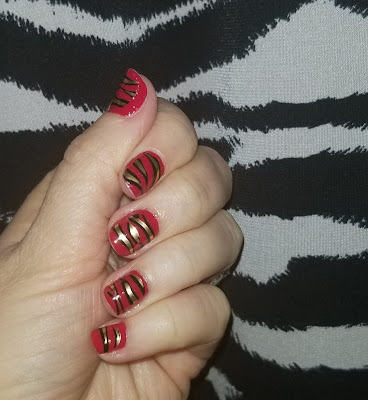 Up next: A weekend of pre-Halloween fun, including a family dance and a party.

Posted by Natalie at 9:25 PM No comments:

We drove to Tucson on Friday the 19th and spent a nice weekend with my parents.

I went out to lunch with my friend Brendan on Saturday.  I think we were there for two hours.  Not a single picture.

That afternoon I took pictures of my dad's Yalta Conference bench to put on Facebook.  You know, priorities. 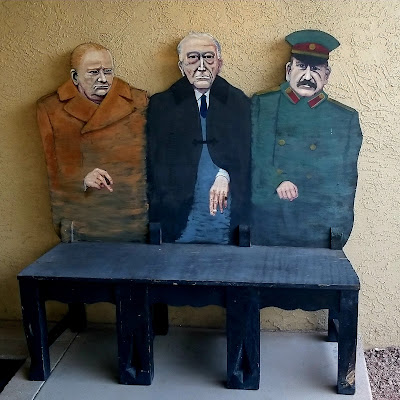 His friend built and painted this years ago.  My parent's dog, Geech, used to bark and growl at it when he was was walking around the house because he thought three men had broken into the backyard.

There's a humorous picture on the back too.  Spencer never knew about it and was shocked when he saw this picture. 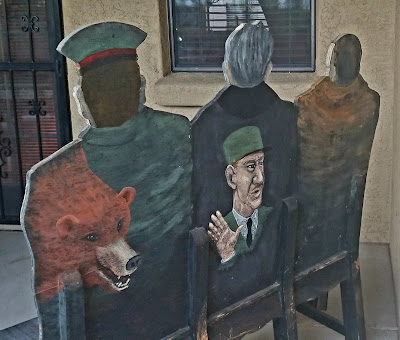 I was trying to sneak a picture.

We drove back home on Sunday afternoon.  There was a huge rain storm that hit us right by Picacho Peak.  Can you see the rainbow to the right of the mountain?

Well, look.  There was also one to the left of the same mountain.  What?

Right after I took those pictures (I was not driving, BTW), traffic came to a sudden stop.  We thought maybe there was an accident, but once we got a little further we realized it was because a massive amount of hail had been dumped on the road and people were flipping out about it.

There was so much it almost looked like snow.

Look at the snow, I mean hail bank on the side of the road!

We enjoyed the rain and hail storm, and then as we got closer to the Valley we did not enjoy the wall of dust waiting for us.

Can anybody even believe that it's almost November?  The next couple of blog posts should be pretty fun with pre-Halloween and Halloween festivities.

Posted by Natalie at 1:30 PM No comments:

Back to the grind

OK, so maybe it's wasn't "the grind", but it definitely wasn't vacation.

I have no pictures from Monday the 15th.  At this point I couldn't tell you a single thing that happened that day.  I was home with the kids, but the details are blurry.

I went back to work on Tuesday the 16th.  Michael and the kids were home together.  When I got home we worked on our contribution to the Storybrooke Pumpkin Patch at the kid's school.

It took a lot of discussion, but we finally settled on Humpty Dumpty.  FYI, the first book he appeared in was Through the Looking Glass.  He actually predates Mother Goose. 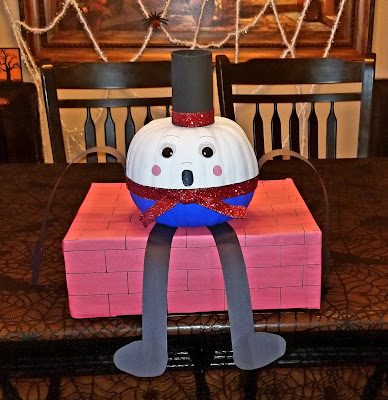 Elliott practiced walking in my work shoes.  He kept calling them high heels.  In reality, they have about a one inch square heel. 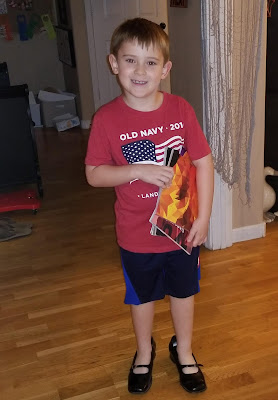 He was six years 10 months that day, so we did a photo shoot with all the Halloween decor. 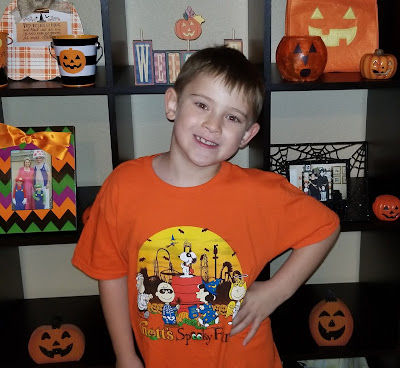 Everyone was back to work and school on Wednesday the 17th.  Michael got home before me, and they were all playing outside when I got home. 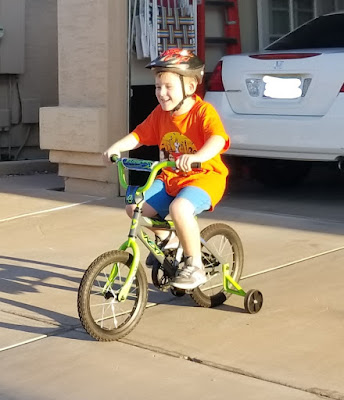 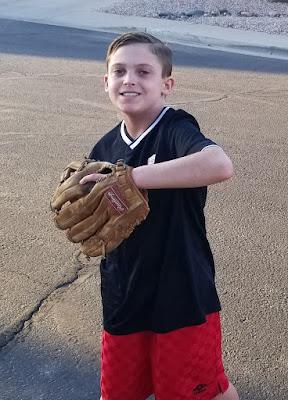 Thursday the 18th was a big, big, big day.  We finally got the results for Ginger's DNA test emailed to us.  It took ten weeks. 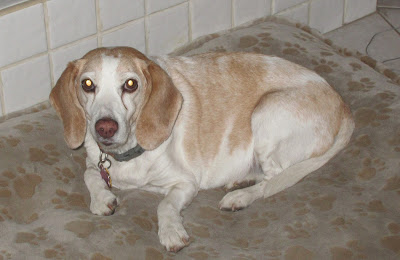 This is the story (as I told it on Facebook):

Back in July I was chatting with a friend when I decided that my birthday present to myself this year would be to get Ginger's DNA profile completed. Then she died, very unexpectedly, on August 3rd. The next day we were eating breakfast when I suddenly remembered my plan. In addition to the overwhelming grief I already felt, I realized I had lost any chance of testing her. I had a complete emotional breakdown and actually had to leave the room so my children didn't see me. After sobbing for an hour I had an epiphany. The vet's office had taken blood the day before when they tested her for cancer. If we could get those vials, there might be a chance. About fifty calls later we had the blood and we found a company that would accept already drawn blood.

The results came in today.

Look at all the things she could have had.   She was a healthy girl.

Pure bred beagle!  I never thought she was a pure bred. 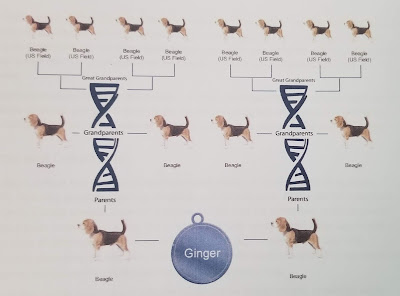 This was the explanation of how they determined she was a pure bred.  It's interesting.

Look at this beautiful girl. 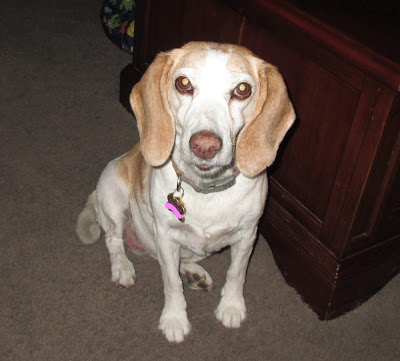 I worked a half day on Friday the 19th to make-up for the half day I missed due to storms before fall break.  After work I had to go to the dermatologist.  For the first time in YEARS I did't have to have anything burned, frozen, or cut out to be biopsied.

After the dermatologist I went to the kid's school to watch Spencer's first battle of the books. This is his team for all three battles that will occur this year.

We ended the day and the week with Spencer's 11 year old checkup at the pediatrician. It was a busy day.

That's also not accurate.  After the pediatrician we packed up and drove to Tucson for the weekend.  It was an even busier week than I remembered.
Posted by Natalie at 8:52 AM 1 comment:

Coming home from vacation is so boring.  No more staying in a hotel.  No more eating out.  No more fun at the amusement park.

We drove to Megan's house on Tuesday night the 9th.  We spent the night there, ate breakfast in La Quinta on Wednesday morning, and then hit I 10 for the boring drive home. 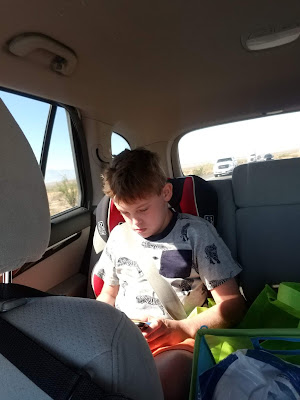 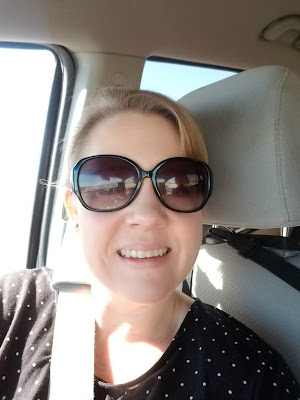 Elliott had a few candy corns left over and I thought this would amuse the kids.  It didn't. 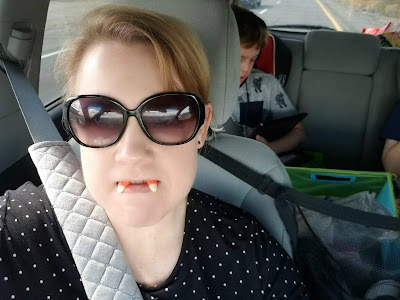 We had some lovely clouds on the trip so at least it wasn't hot.

I did a fall manicure on Thursday the 11th. 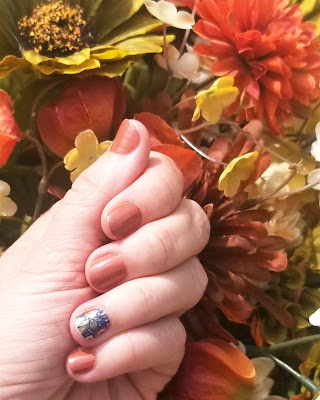 I tried to take pictures of the front yard.  Not so great.

I had bought this cookie kit for waaaaaaaay cheap at Target.  We baked them that night. 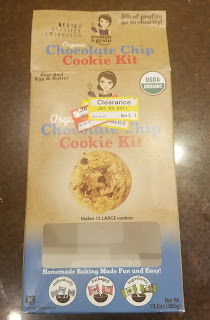 They were not good enough to warrant all this plastic trash.

I also discovered that the cabbage in the refrigerator was growing its own cabbage that night.  Weird.

We had a family movie night on Friday night.  We saw The House with a Clock in its Walls.  It was genuinely scary. 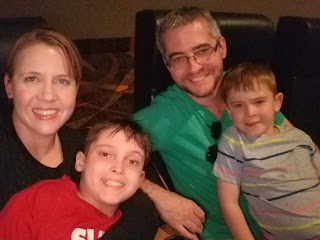 I went to breakfast and shopping with my aunts on Saturday.  I was gone for six hours, it rained the entire time (unheard of in AZ) and took zero pictures (unheard of for me).

And finally, more cookies were baked on Sunday the 14th . They were homemade ginger molasses. 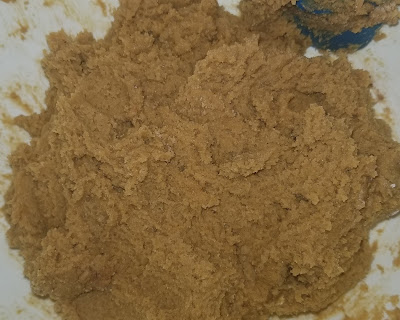 And they actually became dinner, mostly because lunch had been really late that day.