The kids performed in their first piano recital on Saturday, May 19th.  They did a great job considering they have only been taking lessons since March.

We took some pictures with our piano before we left for the recital. 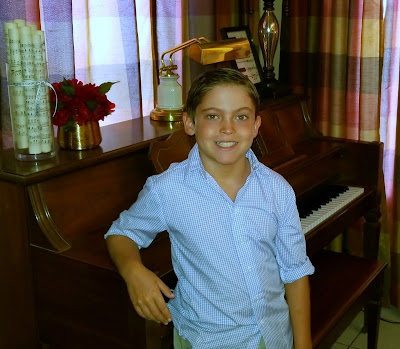 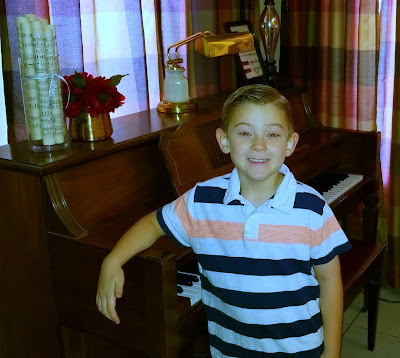 I have video of each of them performing, but each video is too large to post and I'll be completely honest: I'm in no mood to edit each video into two and post four of them.

I will post pictures though.  That requires no effort. 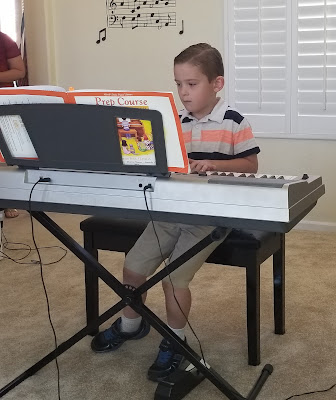 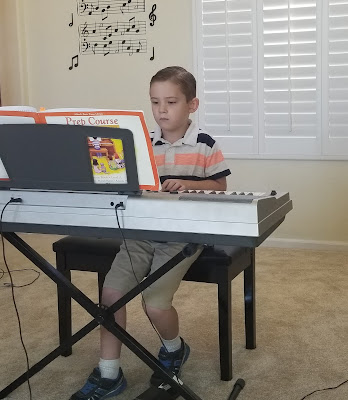 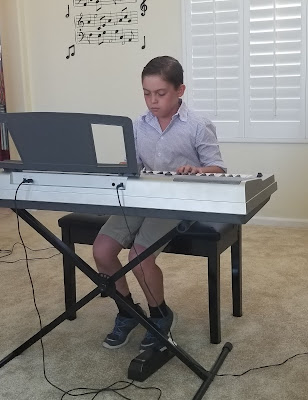 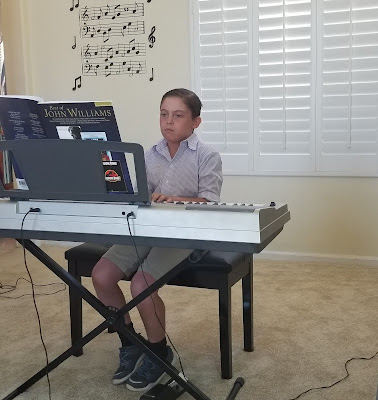 Jana (red dress, bottom left) was the music teacher at my very first SLP job back in 2004.  We worked together for three years. These are all of her current piano students, including my kids, Joni's kids, and Shireen's kids. 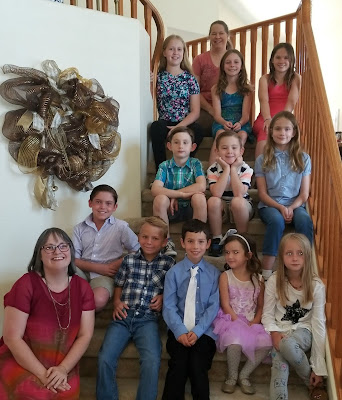 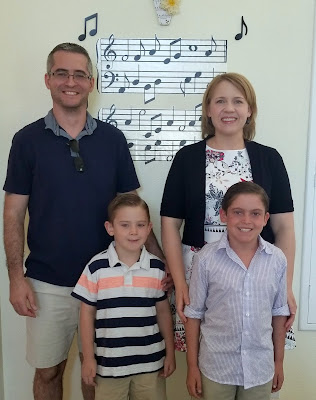 There was a pizza party and pool party in the backyard after the recital.

Then it was back home to relax with Ginger for the rest of the day.  Ginger really knows how to sleep in comfort.

The next day, Sunday the 20th, we decided to clean up and organize Elliott's room.  We finally convinced him to take down the train table so he could have more floor space in his room.

This is the before:

I packed up all of the Thomas the Tank Engine trains.

This is the after.  The next fight is that he wants to take down all of the dinosaur stuff and change the theme of his room.

The bookshelf (it's actually a TV stand) at the end of the bed is new.

Elliott was ready to donate a whole bunch of his toys during this clean-up.  He said he no longer wanted to keep these bowling pins, but little did he know these are not toys and we will never get rid of them.

These little pins are actually trophies that my grandma got from the bowling league she competed with for 50+ years.  I've got them arranged in the guest room now. 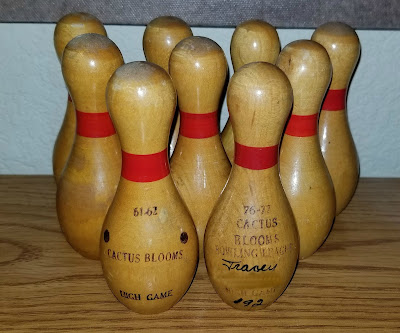 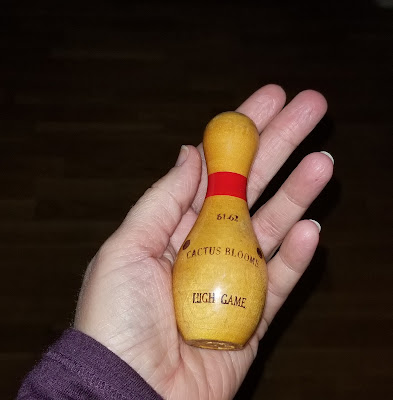 Slowly wrapping up the school year

Last week was fairly slow as we just try to get through one day after another.

We have to fill the 30 minute wait time somehow. 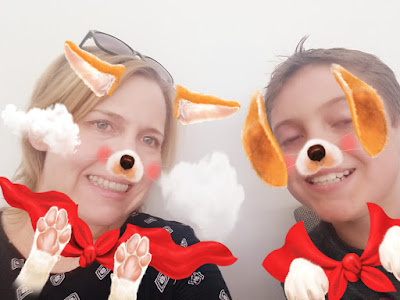 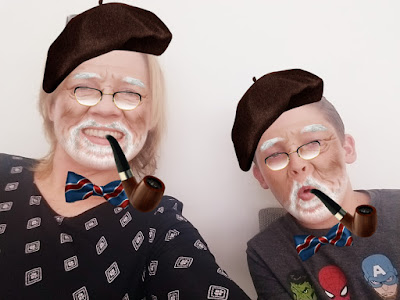 Michael and I had a lovely dinner date that evening.  There was a couple sitting next to us that was obviously on their first date. There were some noticeable differences between our date and theirs. 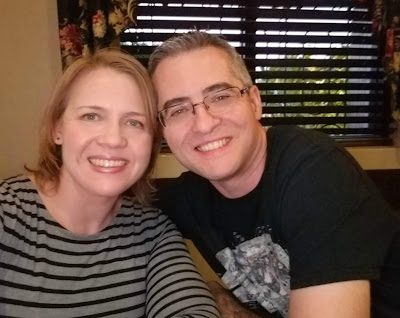 Tuesday the 15th was crazy hair day at school. 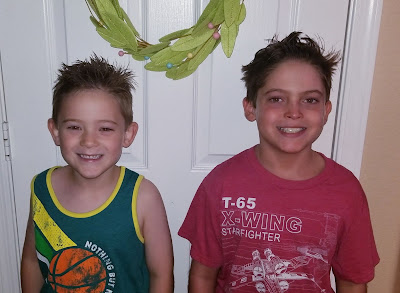 I remembered to post Elliott's school picture on Facebook. He had brought them home the previous Friday. 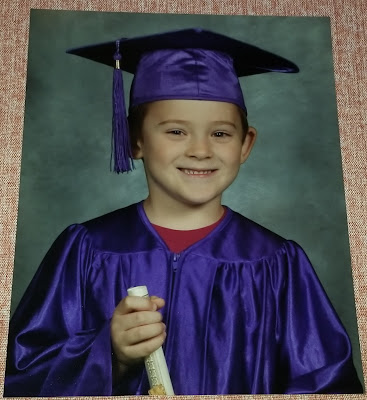 I remembered to post it because I was reminded in my FB memories that I had posted Spencer's picture on the same date in 2014. 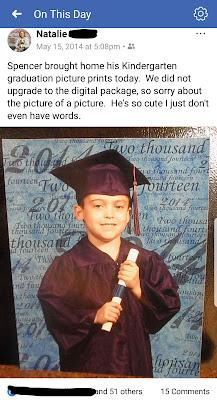 Spencer was running for student council VP, so we made his posters that night.

I posted a work selfie to a FB group on Wednesday the 16th. 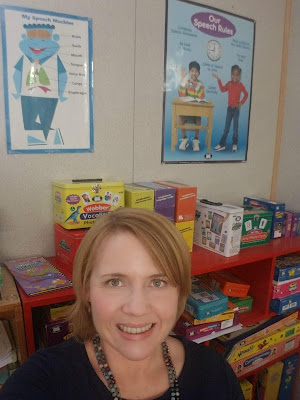 And video conferenced with Michael, who was at home.

I think bird Michael is my favorite.

It was sports jersey day at the kids' school.  My friend Marva bought this for Spencer, but it's now Elliott's, so I had to show her.  Elliott had just rubbed his eye raw at dinner.

After dinner we went outside for Elliott's 6 year 5 month pictures.

The pool in the background wasn't really working, so he turned around on the diving board.  It was much better.

The kids went in the pool that night, and also the next night, which is when I took this picture. 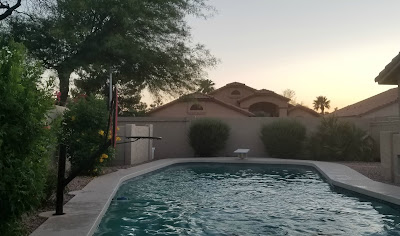 I volunteered in Elliott's class on Friday the 18th.  It was my last Art Masterpiece lesson for them. 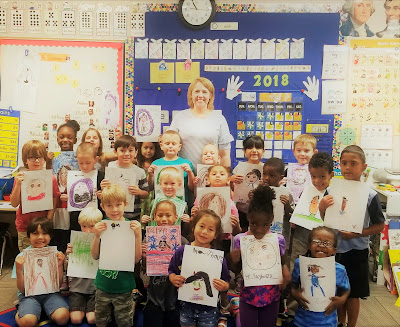 And that's a wrap on last week.  We are getting suspiciously close to June.  How did this happen?  January lasted for 92 days but the rest of this year has flown by.