Volunteer Appreciation and Stars On Ice

Last Friday I attended the Volunteer Appreciation breakfast at the kid's school.  It was the fourth breakfast I have attended.  I missed the volunteer appreciation event the year that Spencer was in kindergarten.  That year they did an ice cream party after school and Elliott was napping at that time.  That was back when he was two and naps were serious business.

They switched to a breakfast format when Spencer was in 1st grade and I've made it to each one. '

This year it was in the library and they had breakfast burritos, breakfast casseroles, fruit, bagels, and donuts. 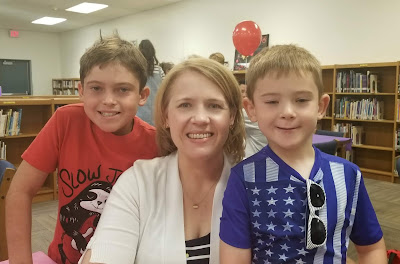 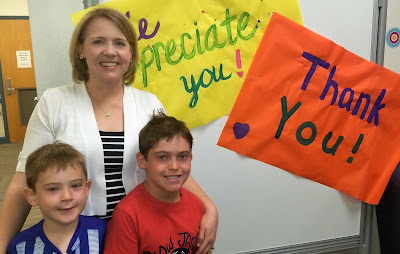 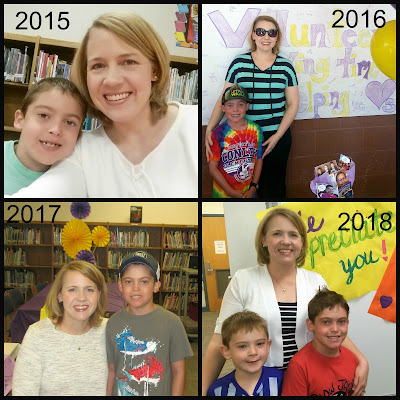 After the breakfast I went home and did five million different things, including making this ice cream craft for my mom for Mother's Day. 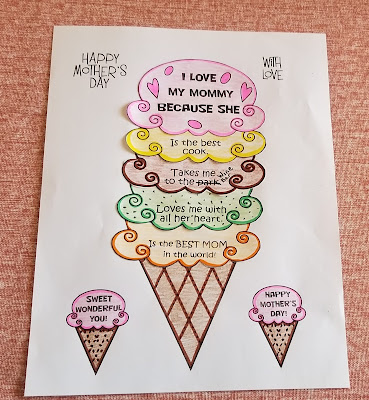 That afternoon I went to the dermatologist so they could re-biopsy a spot they had biopsied two weeks before.  It came back abnormal and they hadn't gotten all the edges. While I was at that dermatologist Michael took Spencer to another dermatologist for light therapy.

Once everybody was home from the dermatologists, we loaded up and drove to Glendale.  We ate dinner and then we went to the Gila River Arena (where I have never been before) to watch Stars on Ice- a fabulous ice skating show with the 2018 Olympic ice skaters. 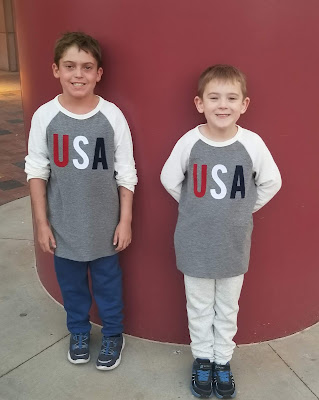 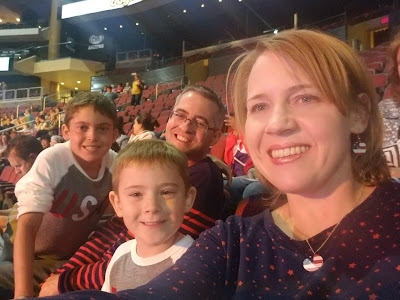 So, turns out I needn't have taken a million pictures of all the performances, because they didn't come out well.  But, whatever, I'm sharing them with you anyway. 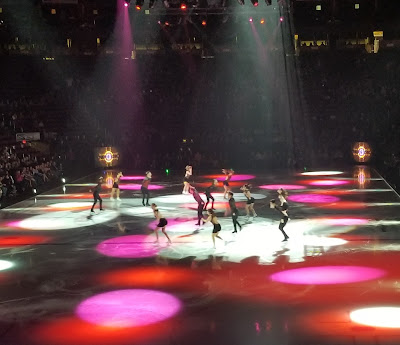 The had kids perform after the intermission.

Here's a video of the men skating for your enjoyment.

Elliott was enthralled with the entire show. He really did enjoy it.  BUT, it didn't start until 7:30 and it lasted until 10:00.  He started getting quite tired and losing it around 9:20.  I told him to close his eyes and go to sleep in the car on the way home, and he actually did.  Which resulted in a complete and psychotic meltdown once we got home and he woke up.

My kids just don't ever sleep in the car, so this is all new and different.

I got up on Saturday morning, drove over to Joni's and then she drove us to Tucson.  I did my launch party for Rodan+Fields at my parent's house. 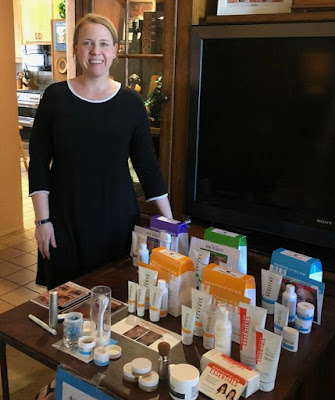 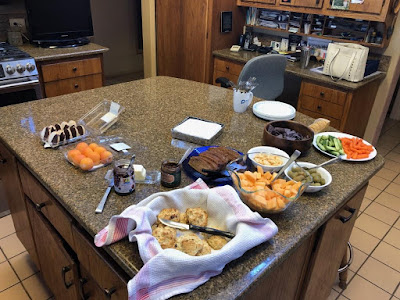 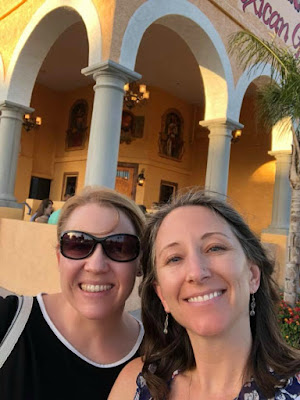