Spencer joined the Robotics Club at school this year.  It's a "by invitation only" club based on something like grades, behavior, and other such factors.

Within the robotics club at school Spencer and his friend Julian won a competition, so they got to compete at the district level.  The competition took place Saturday morning, February 23rd.  It was definitely a case of "if it can go wrong, it will go wrong."

(Note: I have no clue why the following text is highlighted and I can't figure out how to undo it.)

First their robot was forgotten at school and didn't arrive with the others because their homeroom teacher forgot to give it to the robotics teacher. Their robotics teacher left the competition, drove over to school and got it, but then the robot wouldn't work. It took a whole team to fix it, and then, when it was rebooted, the controls were reversed and completely opposite from how they practiced. Then the battery died as soon as their match started. Team Optimus Prime Bot easily won over Team Meme Bot. To be honest, it meant that we got to leave and go home early instead of staying there all day and working up through the levels, but it was still disappointing. 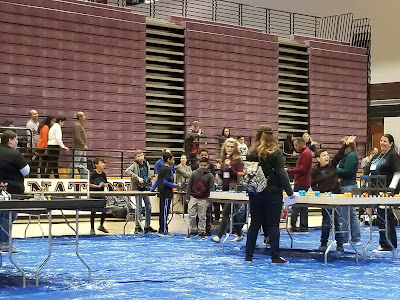 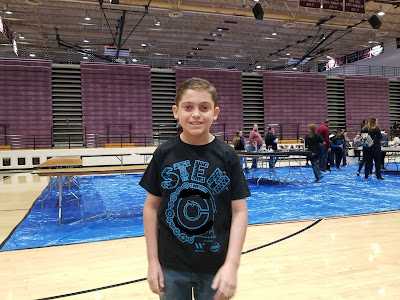 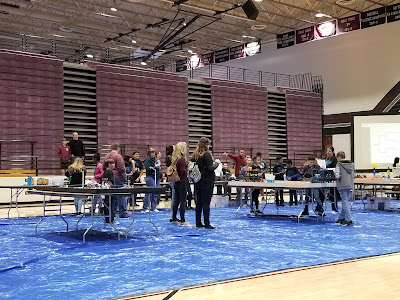 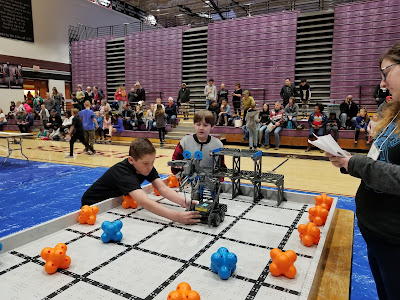 It was frustrating to even watch, so I can only imagine how Spencer and Julian felt, but they kept it together and at least tried. 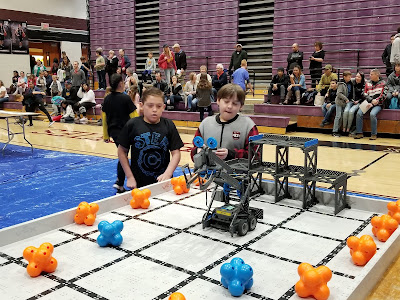 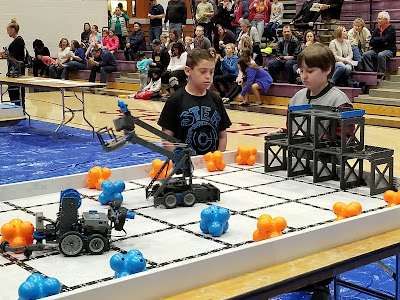 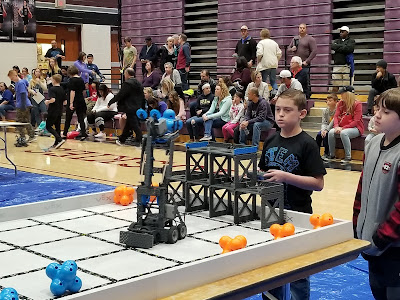 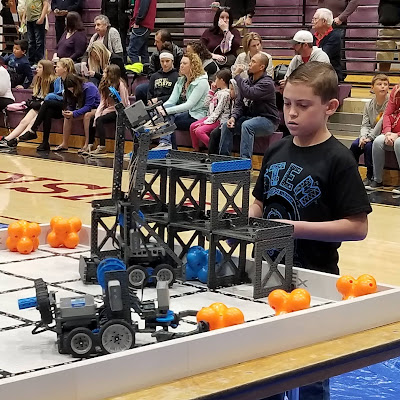 Team Meme Bot in the front, Team I never asked Spencer their team name in the back. 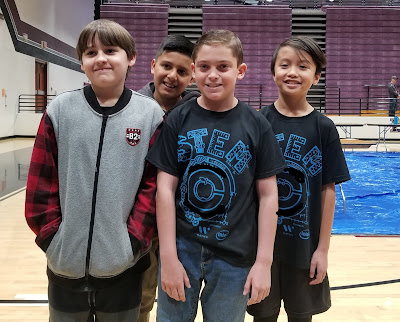 Moving on to the tid-bits.

Elliott's room has been an outer space theme for, like six months, but we had never changed out these dinosaur frames.  I was so proud of these when I made them when Elliott was a baby, but it was time to say bye-bye to the dinos. 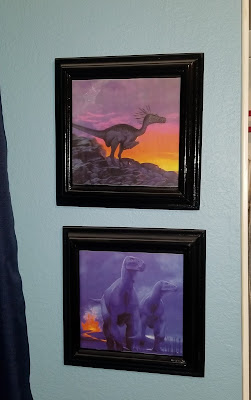 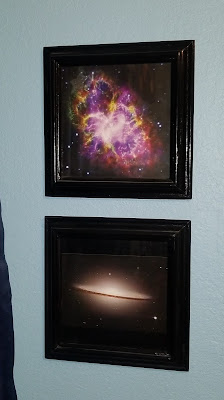 I made this delicious, but very segmented dinner on Monday the 25th.  Michael usually does the dinner dishes, so he was not happy about all the separate bowls and plates. 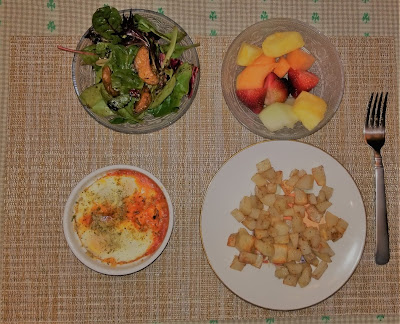 Elliott had gotten sick with a cold on Sunday the 24th.  Now, a week later, it has infected all of us, but that's a story for another day. He coughed so hard on Sunday that he broke capillaries around his eyes and he woke up with all these little petechiae bruises around his eyes on Monday. From a distance they looked like freckles. 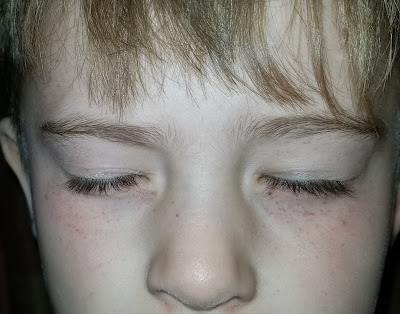 This man was in the waiting room at the dermatologists office for Spencer's light therapy on Tuesday the 26th.  I didn't ask his permission for a picture, so I have protected his identity.  His hair and clothes reminded me of my dad, so I sent the picture to my brothers.  They told me I was wrong.  Nothing about him is like our father.  Ah.  Brothers.  So quick to correct. 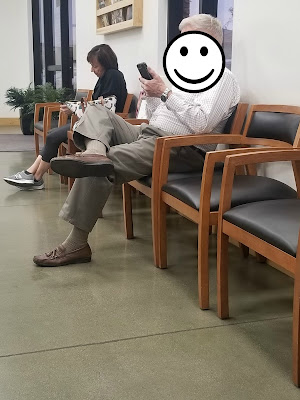