The rest of Thanksgiving weekend

Nick came over to my parent's house on Friday morning and we put their lights up.  I also gave Nick his Christmas present so he can use it the whole month of December.

It was too big to wrap, so I covered it with a crib sheet.

We went to my uncle Terry's house that afternoon.  The kids had a love affair with Gus.

Nick and Raquel came over for dinner Friday night.  Elliott was opening and closing his mouth while his chin was on Nick's shoulder.  It was driving Nick crazy, so I encouraged it.

On Saturday Elliott went to a friend's house and Michael, Spencer, and I went to watch Star Wars with the Tucson Symphony playing the music.

New shirts (for the adults) for the occasion. 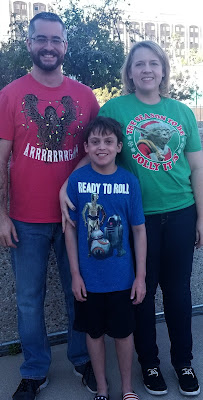 They had characters milling about the lobby.

It was so great! 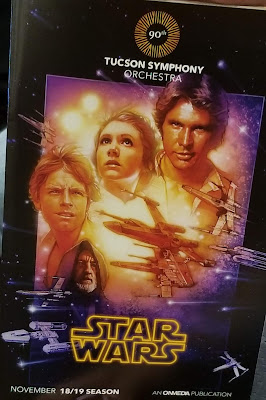 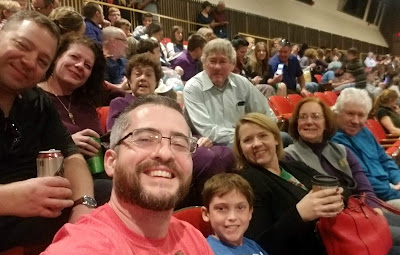 Elliott slept for 14+ hours that night.  He went to bed at 9 pm and was still asleep at 11 am the next day.

We drove home around 2 pm and spent the rest of the day decorating the house for Christmas, including the moose nativity that Nick gave us last year.

Posted by Natalie at 8:17 PM No comments:

My parents went to Florida for Thanksgiving this year.  We stayed at their house without them, and my brother Nick hosted dinner.  It was all totally different.

I made sweet potatoes, spinach gratin, and a pumpkin trifle.

The pumpkin trifle looking all artful. 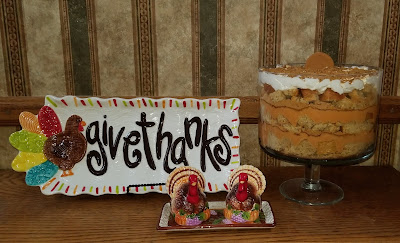 There was nobody there to take our picture, so I set up the camera with the timer and tested the lighting for outside pictures. 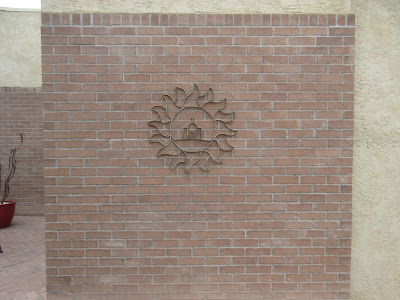 Not so great.  It was totally overcast, but the kids acted like the sun was blasting them in their faces. 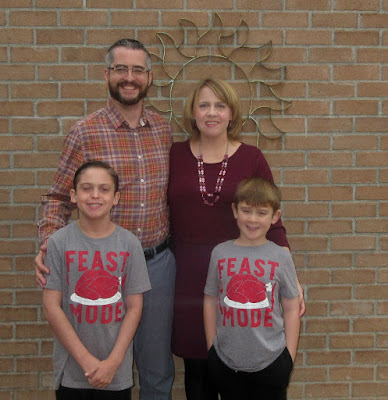 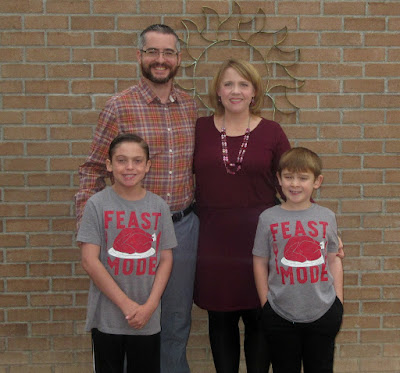 We tried inside, and it was more successful. 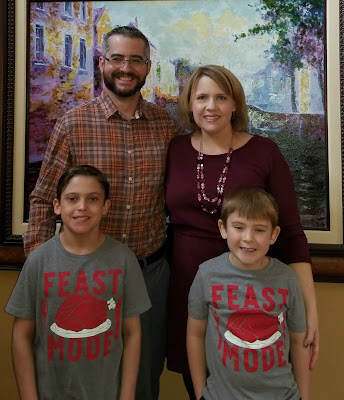 Then we headed to Nick's house.

He rubbed the turkey with pepperoni butter and then wrapped it in bacon. 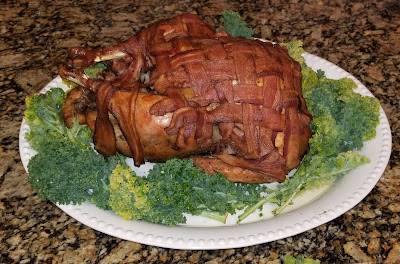 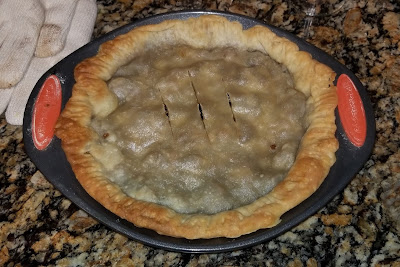 I invited my friend Brendan to join us.  My uncle gave him a measuring tape. 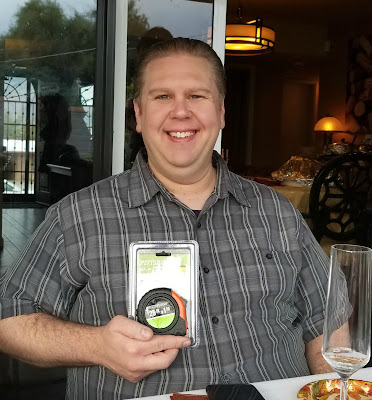 Raquel showing the abundance of butter we had. 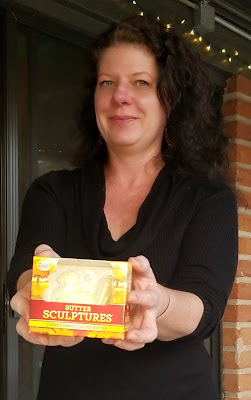 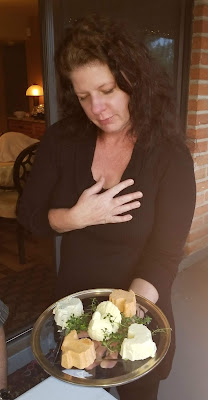 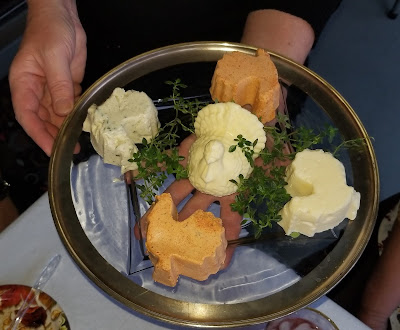 All the guys (minus the child guys). 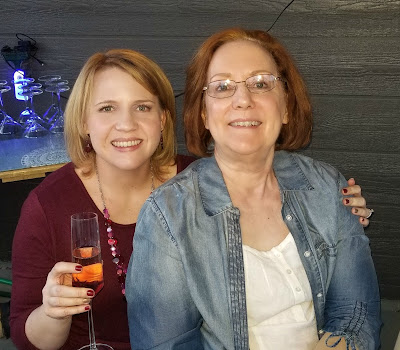 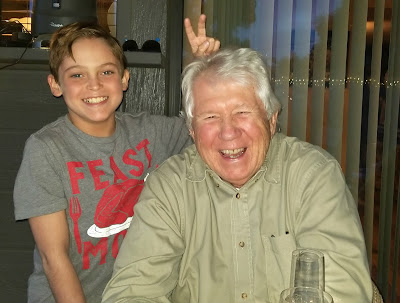 Half of the food

There were so many other fun and memorable moments, but I didn't capture them on camera.  We played Thanksgiving Bingo, and we spent time out by the fire pit.  Other friends dropped by.  It was a different Thanksgiving, but it was still a day of thanks and gratitude.

Thanksgiving was so early this year that I actually left the Thanksgiving decorations up until after Thanksgiving.  Next year Thanksgiving is on November 28th, so I'm sure it will be all Santa and snowmen on that day.

I left the fall flag up for the first 10 days in November.

Then I put the Thanksgiving flag up.

I actually forgot about the turkey stake until about two weeks in.

Look at this great mat I found for this year!

The mirror in the entryway.

There will be a new entry way table for Christmas, so this will probably be the last picture ever taken of this one. 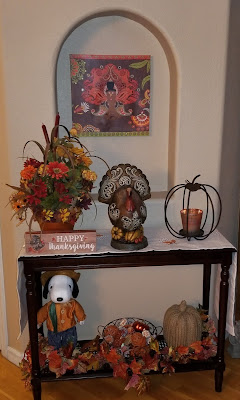 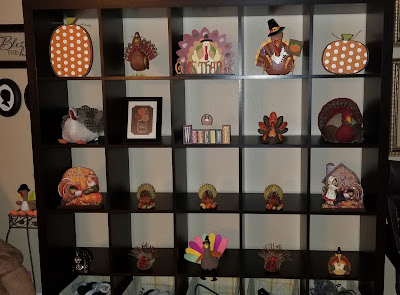 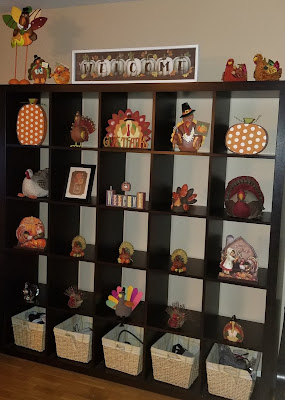 We finally found the bench pillows about 2.5 weeks after Halloween. They were in a bin in the garage.

The dining room was spectacular. 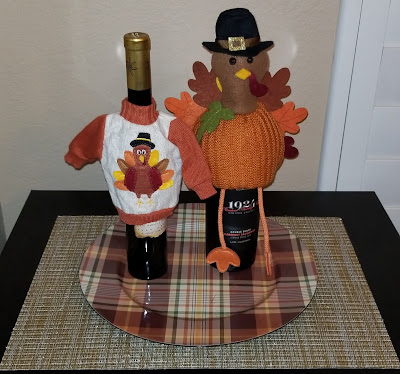 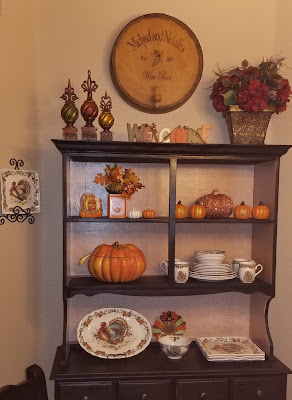 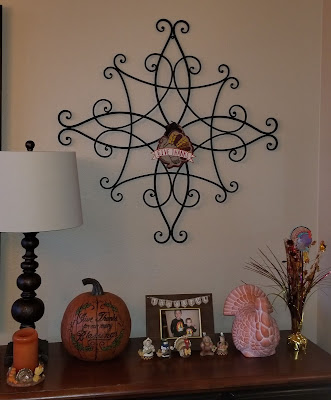 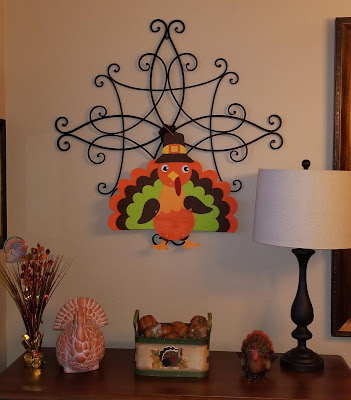 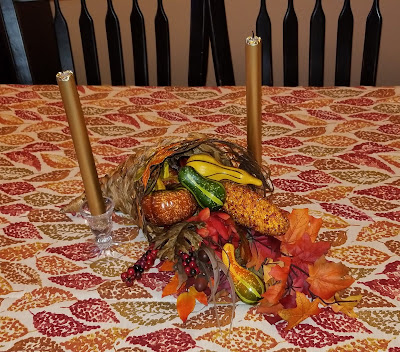 Top of the entertainment center in the family room. 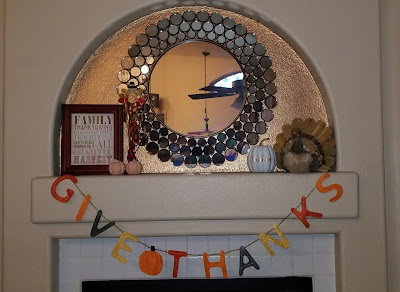 Ginger got her own little turkey. 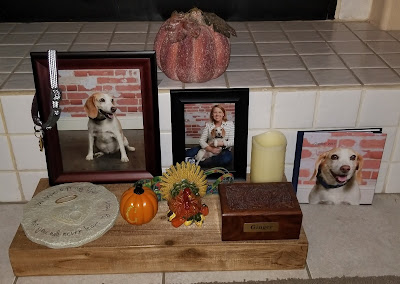 GLORIOUS shower curtain.  I will be sad to see him packed up.

Our bedroom doors.  I had this extra wreath this year so I just stuck it there.  Now I feel like I need seasonal wreaths here all the time.

Posted by Natalie at 2:30 PM No comments: