Megan, Scott, Hadley and Hollis spend the night with us the night before Father's Day.  We hung out with them in the morning and then they went to a family Father's Day brunch.

Spencer and I went to Basha's to get donuts.  We were a little late and nothing was left.  We were also completely ignored by the one employee behind the counter who was just chatting and socializing with another customer.  I was livid by the time she got to me.  Especially after she rolled her eyes when I said I was getting half a dozen.

I also picked up breakfast burritos and coffees and the meal counted as breakfast and lunch for us.

At some point in the afternoon Michael opened his presents. I think it was after he had to go and get a new battery for my car on his very special day.

I could do the good blogger thing and crop all of these pictures.  I could, but I'm not.

I bought these buckets (and matching socks) in the Dollar Spot at Target about a month ago.  I almost forgot about them.

Clothes that I ordered from Old Navy because I had a lot of Super Cash. Michael totally selected them. 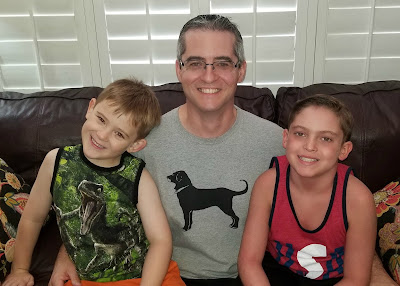 The 2008- 2018 collage. I can get two more years with this format before I'll need to move into a second collage. 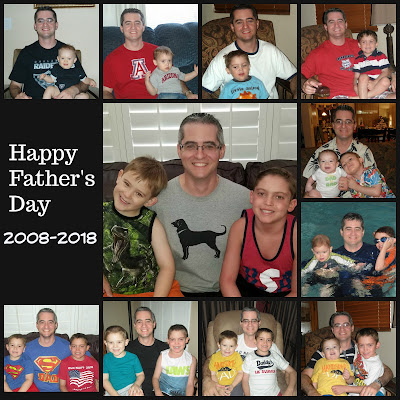 Ginger was taking a nice nap.

And then I insisted she get a picture with her father.  She was happy about it, obviously. 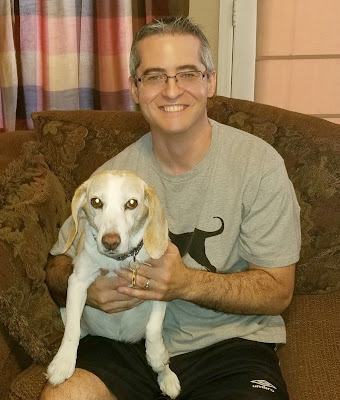 Something happened at this point and I somehow took no more pictures for the rest of the day.  We had Thai food for dinner, but you'll just have to take my word for it.

Posted by Natalie at 9:09 PM No comments:

Allergies, dad day prep and a half birthday

Elliott finally got allergy testing done on Friday the 15th.  We had talked about doing it two years ago, but his allergies have been much more on the mild side until this past spring.  We also suspected he was allergic to cats after he pet our piano teacher's cat and his face blew up. That made the testing seem pretty urgent.

Amusing ourselves while we waited. 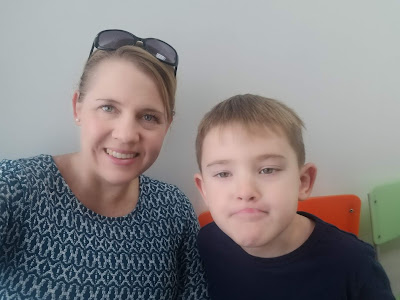 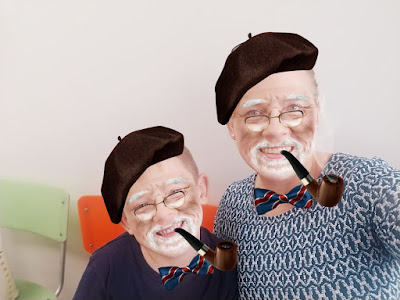 He was in a great mood and ready to show that he was braver than Spencer was when he had his testing.

Mom, do one that shows that I am six.

They tested him for 75 allergens.

After about five minutes.

Getting worse.  This was after ten minutes.

The nurse came back and read the results after 15 minutes.

He's basically allergic to everything. Great.
We're going to start allergy shots as soon as the serum is ready. 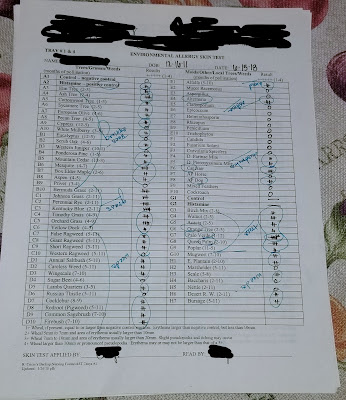 Once we got home from the appointment we quickly took the 2018 DAD pictures.  It is so flippin' nice that the kids can do it in one to two tries now.  It used to be 30 pictures of each letter to get one decent one. 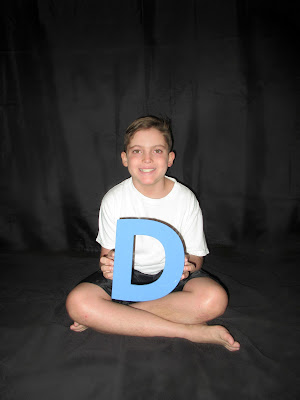 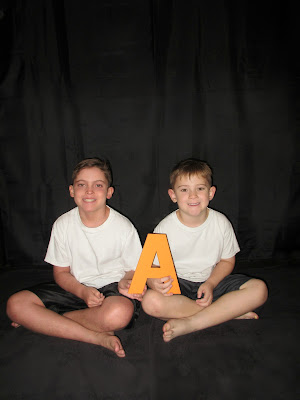 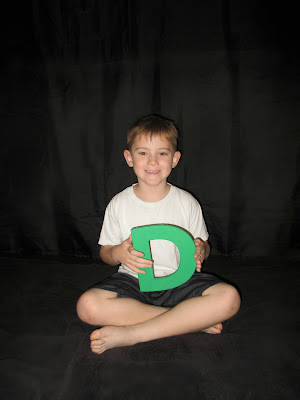 And all the previous years. 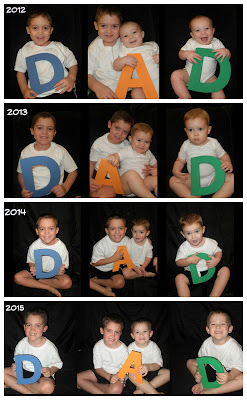 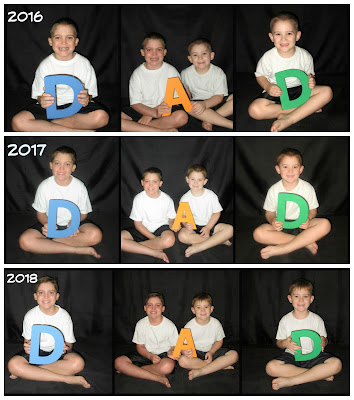 We also took the "I love you more than" pictures.

Elliott went with a chocolate sprinkle donut this year. 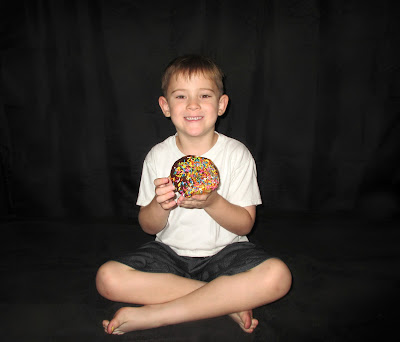 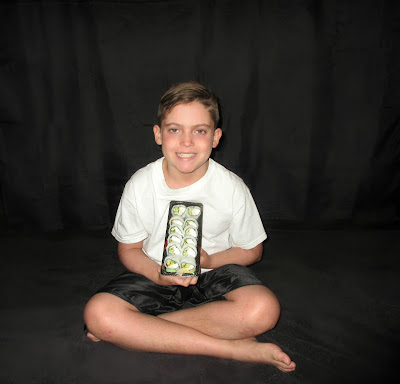 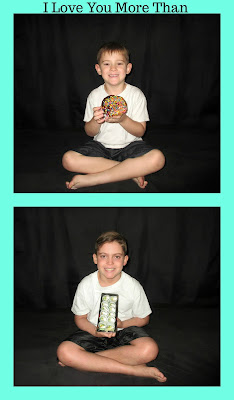 All the way back to 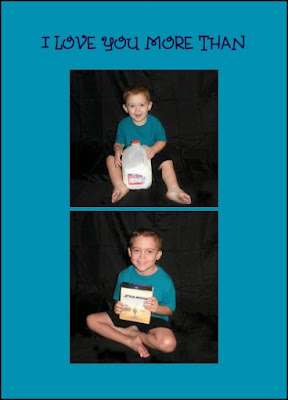 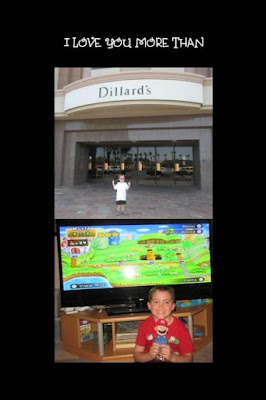 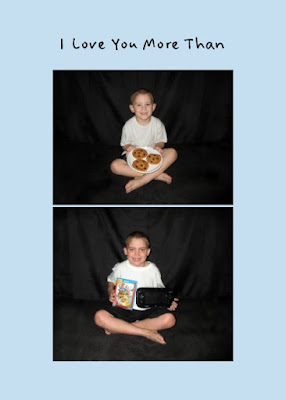 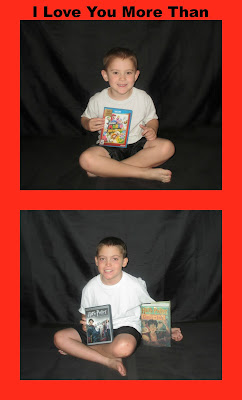 On Saturday morning the 16th Michael took Spencer to his first swim meet of the summer. It was a rainy and (relatively) chilly morning.  Elliott slept in until past 10 am, so it was me and Ginger hanging out, getting stuff done and enjoying the rain.

She was curious about this strange stuff falling from the sky.

And then she somehow got filthy from it and had to get a bath.

June 16th was Elliott's half birthday.  Right around lunch time he asked if I could make a banana cake with chocolate frosting and cut it in half, to celebrate the day. We were having Megan, Scott, Hadley and Hollis over to spend the night that night, so I said yes.  I probably still would have said yes even without company, but all those mouths to eat it did make it easier to agree.

I was running really short on time after having to bathe Ginger, so the frosting job was pretty slap and go.

This is also his official 6 years 6 months picture. 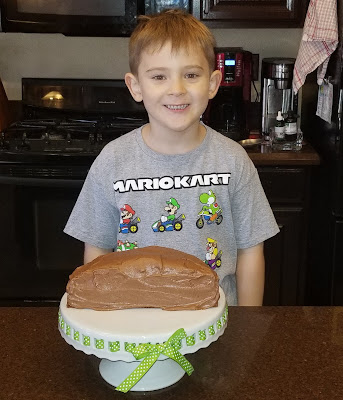 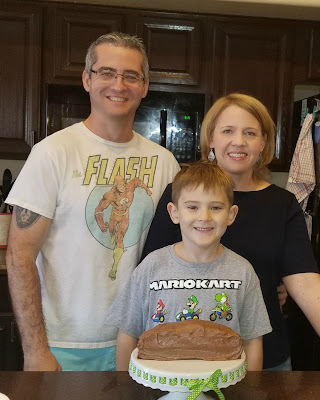 After Megan, Scott, Hadley and Hollis arrived from California we met Megan's cousin and his kids and went to the movies to see The Incredibles 2.  It was awesome.  We all loved it.

We went out to dinner after the movie, and then (after our battery died and Megan and Scott jumped our car for us), back home to sing, celebrate and eat cake.

Posted by Natalie at 7:54 PM No comments: