The end of Flagstaff and back home

The babies were wiped out on Friday morning (this is Friday the 8th, BTW). Too much meteor crater and partying the night before.

Nobody was enthusiastic about getting up.

It was the last full day of Boys State.  My brother was charged with a crime and had to go to court.  Then the charges were thrown out.  Then he sued them.  It was all very hilarious.

The talent show was awesome. It always is, but it was very well done this year. Elliott watched most of it with Linda. 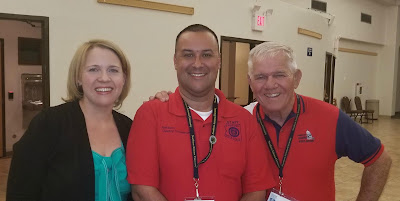 I took the kids to the American Legion after the talent show.  Yep.  I had my kids in a bar on a Friday night at 10 pm. 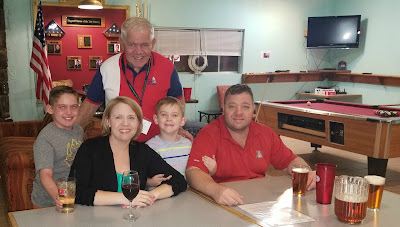 The result of that decision on Saturday the 9th.  He wasn't really asleep, just very, very tired during the final assembly.

I was going to end this post right there, but honestly there's not much for the next week so we're just going to push on through.

We drove home from Flagstaff on Saturday afternoon.  My mom drove up from Tucson and then we all went to a party at my aunt's house where I took 0.00 pictures.

My parents spent the night with us on Saturday.  We gave my dad his Father's Day present on Sunday.  If you can't tell, it's a Small World snow globe.

I had to go back to work on Monday the 11th.  This is how I felt about it. 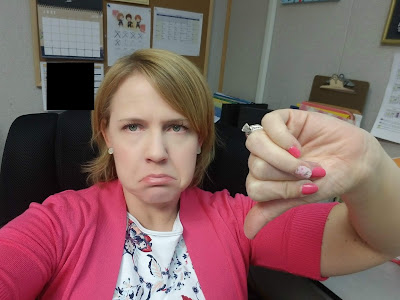 I was racing this road runner out to the parking lot when I left that day. 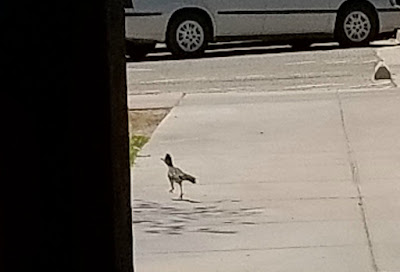 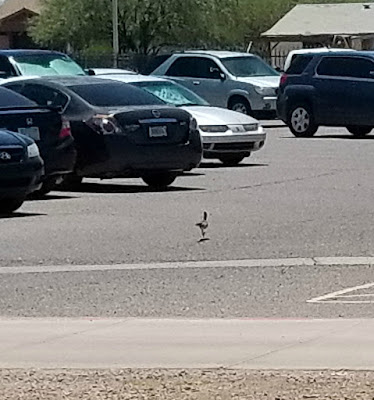 I used a different office to do Kindergarten screenings on Tuesday the 12th.  I thought there was some dust on the table so I wiped it off.  It wasn't dust.

My new manicure on Wednesday the 13th. 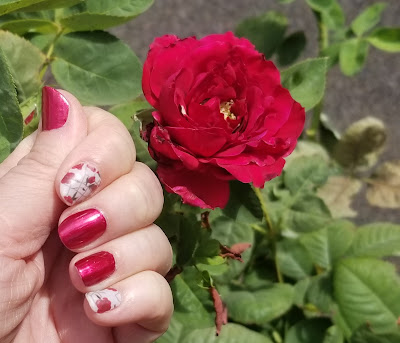 And the new shirt I got with Amazon same day delivery to wear for Flag Day.

And finally, Spencer got some sort of Pokemon that night and he was delighted about it.