I took the kids to Flagstaff again this year to see my dad at Boys State.

We got there in time for lunch on Wednesday the 6th.  We ate lunch in the cafeteria and then watched my dad's assembly in the afternoon.

After dinner that night we went to look at the statue.  I was there the day it was revealed and dedicated.

Well, looky there.  The day we were there just so happened to be the 22nd anniversary.   What?  Twenty two years?  HOW does that happen?  I blinked. I literally blinked and I went from 16 to 38.

We also took Spencer's 10 year 9 month pictures in front of the dorm where we stayed. 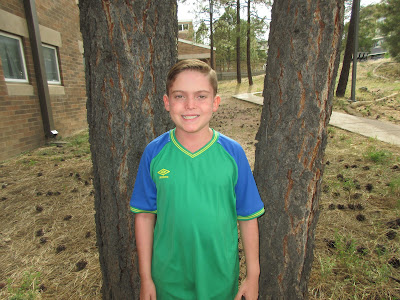 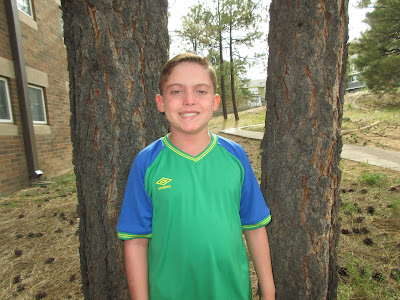 On Thursday the 7th, the kids and I drove out to Meteor Crater.  It was their first time there.

Meteor Crater is the world’s best preserved meteorite impact site on Earth. Located just minutes from Interstate 40 and the old Route 66 in Northern Arizona near Winslow, Meteor Crater is the breath-taking result of a collision between an asteroid traveling 26,000 miles per hour and planet Earth approximately 50,000 years ago. 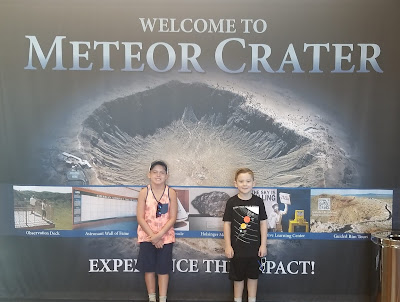 I haven't been since I was in college.  They've spruced up the place since my last visit.

This is the actual asteroid.  Well, what is left of it.

And these are all real pictures of the planets, combined into one poster. 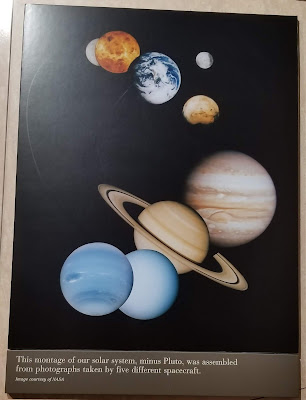 This was inside.  It was a backdrop provided for Instagramming. 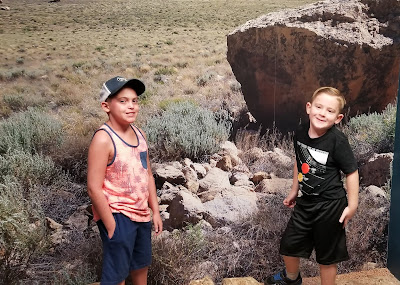 I took these pictures through a telescope.  That is really outer space! 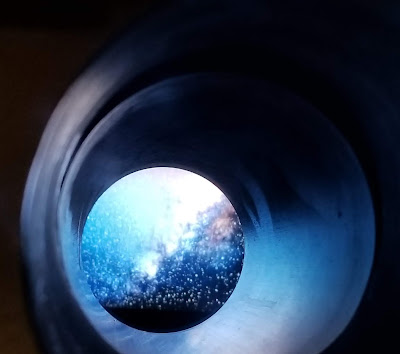 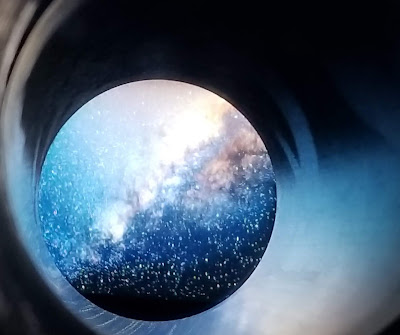 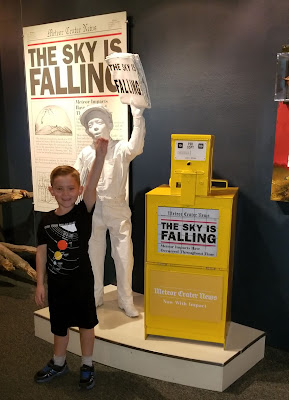 We went outside and walked around to all of the observation decks.  It was WINDY.  Elliott got blown over.

We saw the speed limit sign on the way in, but didn't stop for a picture until the way out. 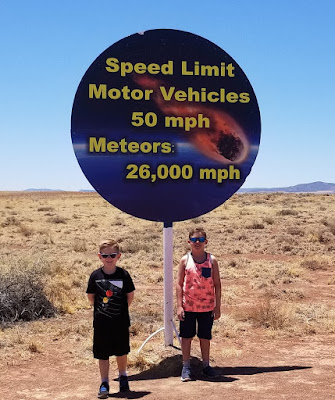 Thursday night was the inauguration at Boys State.

My friend Anthony, who usually makes twice a year appearances on the blog. 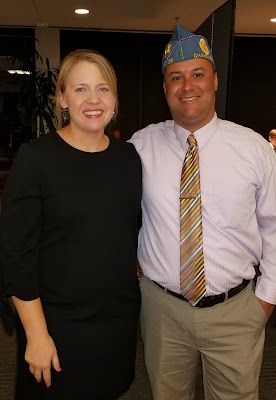 He and Spencer are birthday twins.