Spencer's 12th birthday party was on Saturday the 7th.  He had no theme whatsoever.  I didn't even give it much thought until the day of the party.

We even ordered an ice cream cake from Dairy Queen.  It's the first time ever that I didn't make his cake. 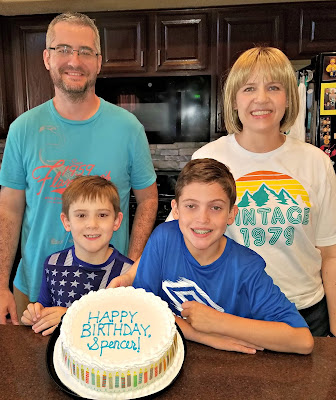 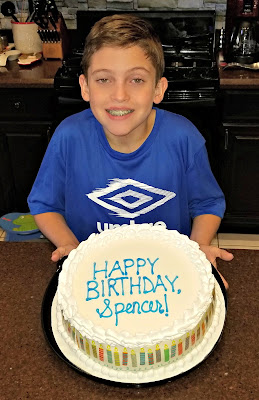 We even got a nice discount on it because it was supposed to be ready at noon and it wasn't ready until 2 pm (because their printer broke, or something like that). 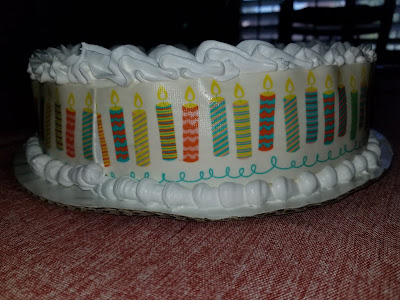 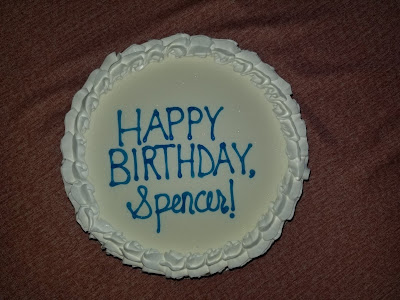 Spencer and his best buddies, Julian, Cole, Amir, and Zandros. 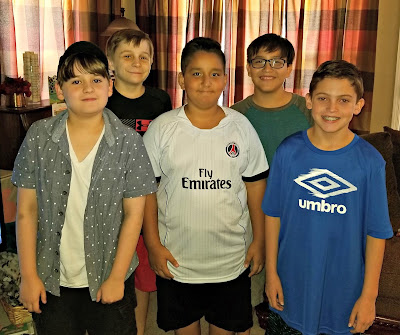 After a bunch of inside shenanigans and pizza for dinner, it was swimming time. 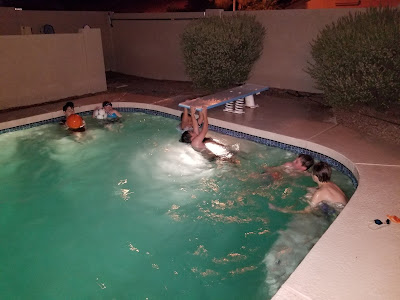 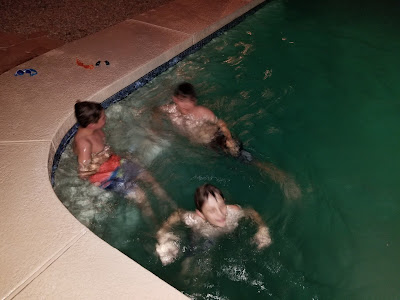 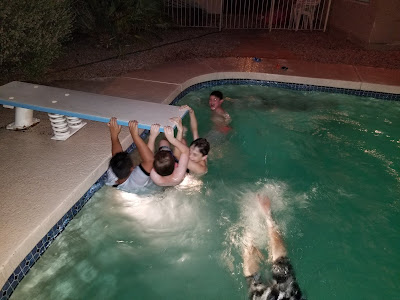 Then we actually served the ice cream cake. 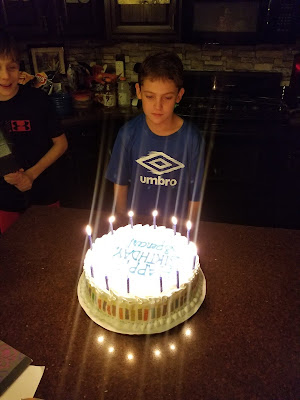 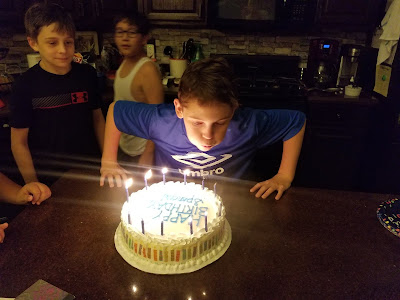 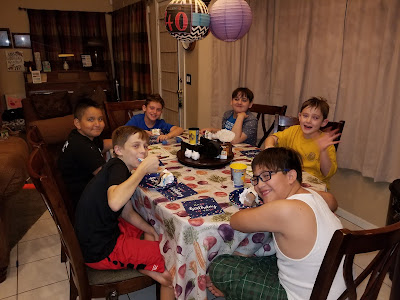 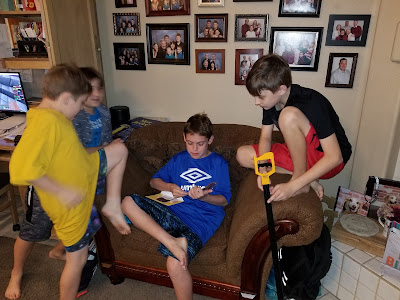 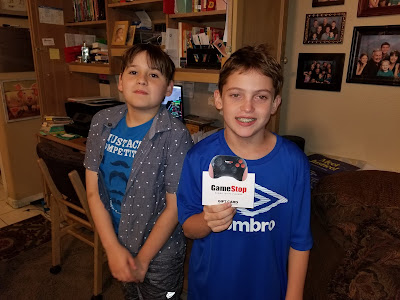 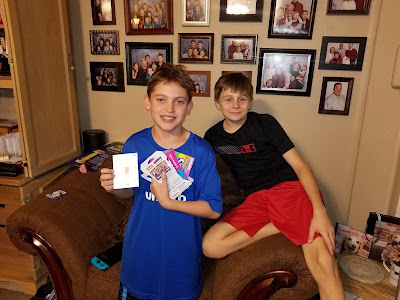 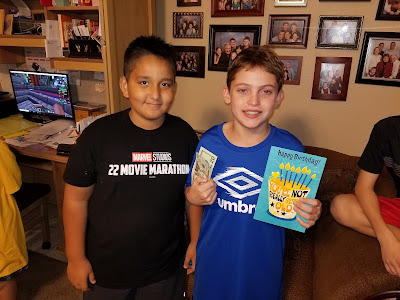 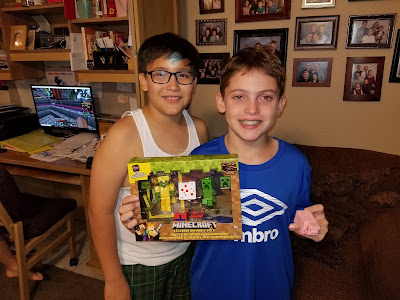 Elliott went to our neighbor's house to spend the night and the rest of the boys slept in the family room.  Michael and I shut our bedroom door at 12:30 am and hoped for the best.  We were impressed that we never heard the boys all night. 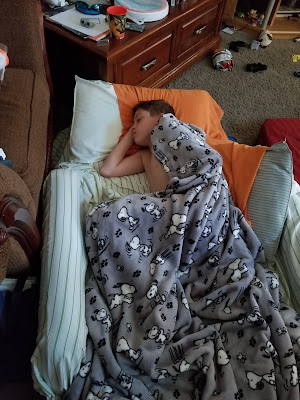 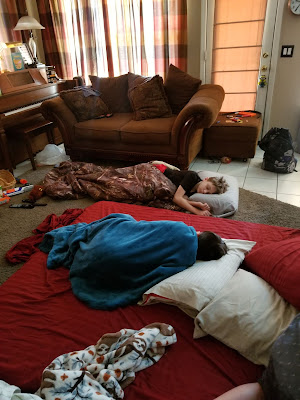 This is what I served for breakfast on Sunday morning. 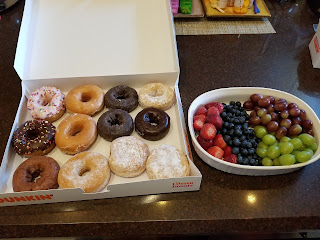 And this is what was left after the kids went through the line. 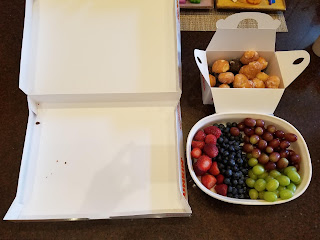 Easiest birthday party ever.
Posted by Natalie at 12:30 PM