Michael's parents came to visit last weekend.  My mother in law helped with the kids so that I could get all of the Christmas decorations taken down and put back in the garage.  My father in law and Michael did a bunch of yard work.
#1 on the list was cutting down a huge mesquite tree that was literally growing into and under our house.  A very good blogger would have taken a picture of the tree before it was reduced to stump level, but by the time I got out there Papa and his chainsaw had hacked that thing to death. 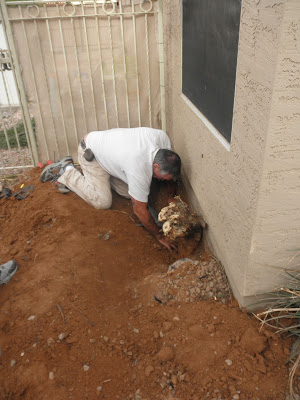 Good thing too because it had already popped a roof tile off and would have eventually cracked the foundation. 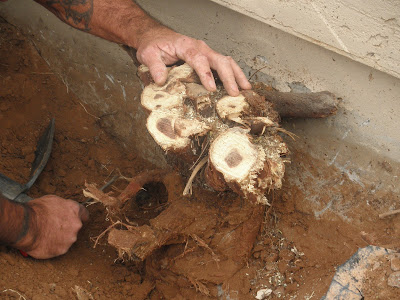 I got this picture from the inspection report.  It was recommended that we trim the tree back.  We went one better and just took the whole thing out. 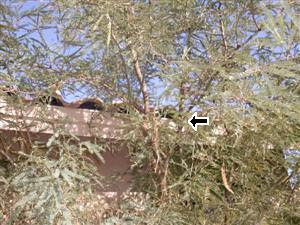 These are some of the clippings. 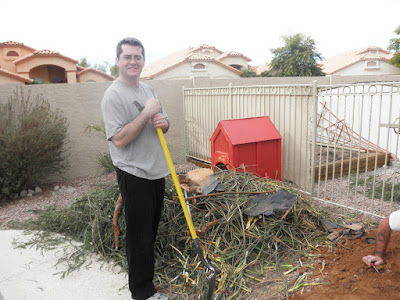 After the tree was done (or maybe before.  I actually don't remember now), Michael and his dad put the kids new swing set together. 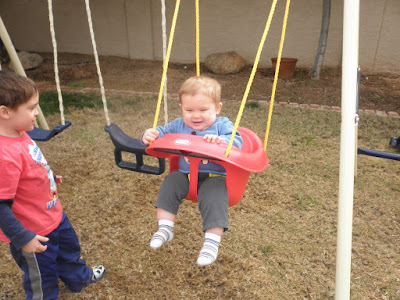 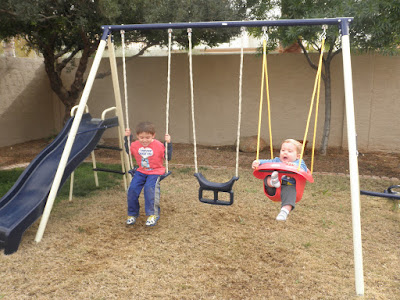 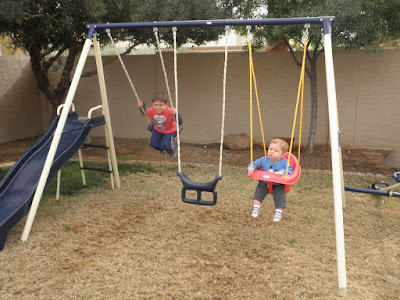 They both love it. 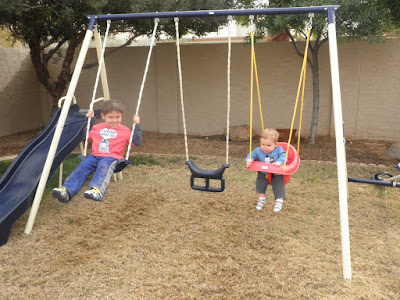 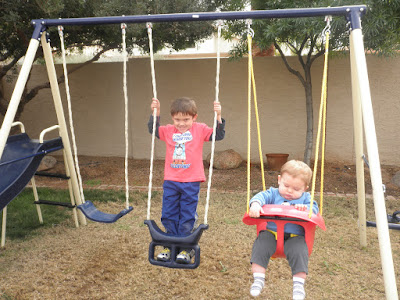 The seesaw is kind of pointless without a buddy. 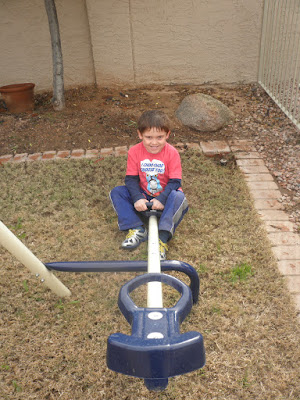 But grandmas can help. 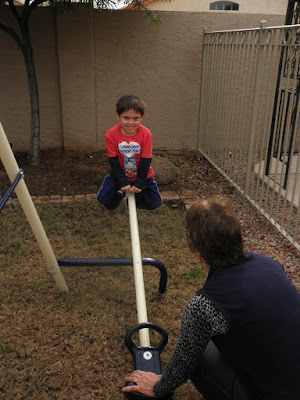 I don't have pictures of the final set-up, but we bought new patio furniture too. 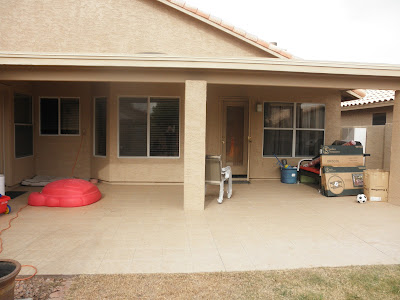 Ginger did not get a new outdoor bed, but we did move an indoor bed outdoors for her. 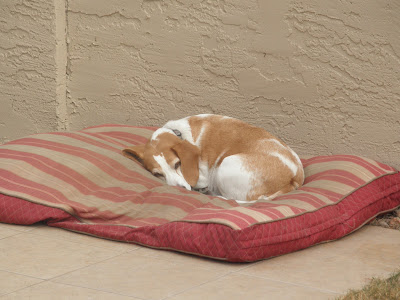 We took our old patio furniture and moved it by the pool. 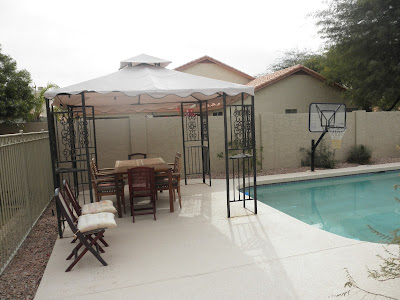 Elliott was thrilled to be riding Spencer's motorcycle. 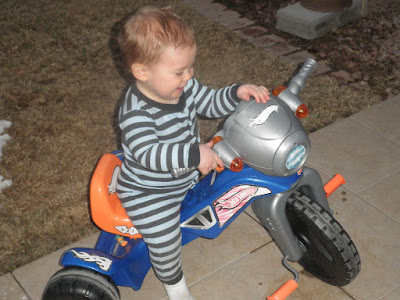 It did not really snow in our backyard.  We just finally dumped the fake snow from Elliott's party. 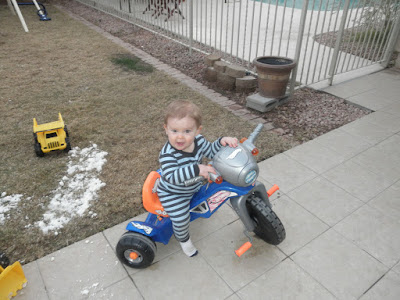 The next day we took Spencer's 5 years-4 months picture at the top of the slide. 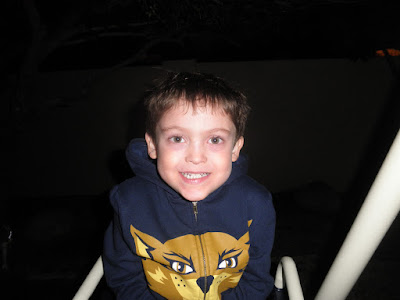 So, I think I'm going to start a new "feature" on the blog.  It's going to be called "This is our....."  and then I can pick one room or one area of our house and show pictures of it.
I think I will do the mantle first.  I'm kind of obsessed with it right now.  And then second I'll do the back porch.
Good idea?
Posted by Natalie at 12:30 AM

I just love seeing the boys outside playing in their new yard. I feel like I sort of understand how you live in Arizona with these crazy warm temps we've had the last few days. It was nice not to have to bundle up but I'd kind of like to see a little winter and maybe some white stuff. Glad you got the boys the swing set too. I get so frustrated that my nieces and nephews have wanted one for years and their parents won't get one because they think it isn't worth it if they can't get a $5000 set or something. They love coming over to play in our yard. Meanwhile we help them set up a zip line (yes you read that right) in their backyard but are making excuses about building some kind of platform to makevitvsafe instead of letting the kids climb a ladder leaning against a tree. Ugh! It just frustrates me because I see future trips to the ER. :-( Anyway, that was a crazy ramble just to say you did well! ;-)

Lookin' good. I look forward to "seeing" the rest of the house. :)