The inagural supper club dinner was a smashing success.  I'm still full.
My chocolate layer cake was glorious.  This bad boy took me all morning to create.  It did not take nearly that long to devouor. 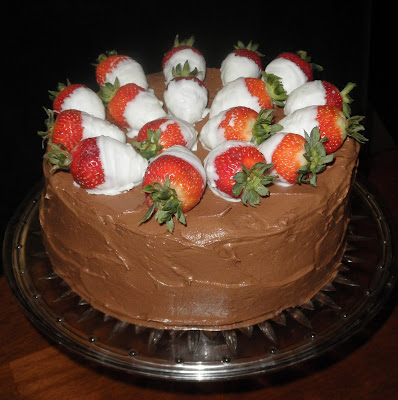 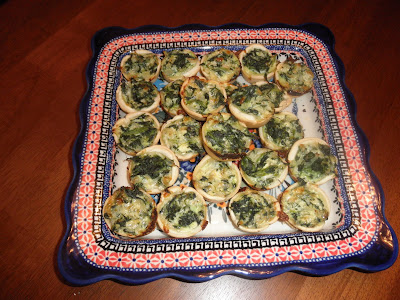 The best part about the supper club, though, is that the friend of a friend of a friend (got that?) came and brought his son.  Now Spencer has a new best friend.  His name? Spencer!
How crazy is that?  We never meet other kids named Spencer.
The two Spencers.  Big Spencer and Little Spencer. 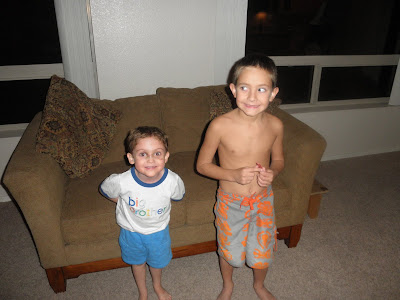 Despite the recent facial trauma as a result of falling while running, the two Spencers played a lot of chase. 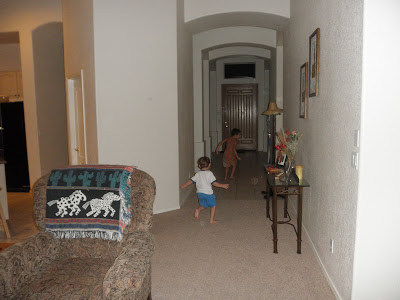 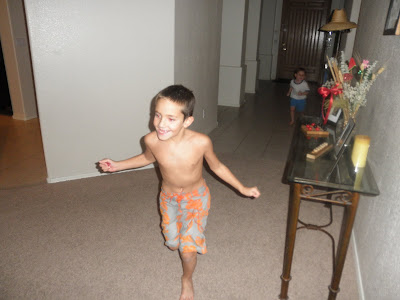 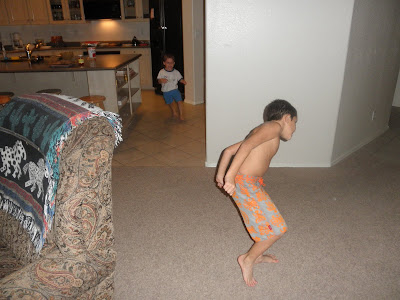 And they ate a lot of chocolate cake. 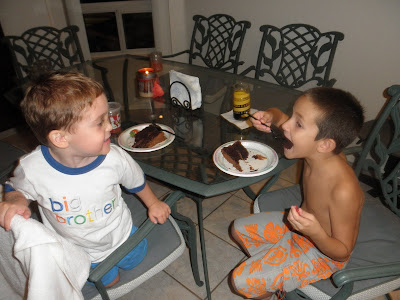 My two favorite parts of the evening were actually overhearing two of the Spencer's conversations.
#1- Little Spencer said, "My name is Spencer and your name is Spencer, but I don't look like you and you don't look like me.  That's weird".
#2- Little Spencer asked Big Spencer if he was going to come to his birthday party when he turned four.  Big Spencer said that he would love to.  It was very sweet.
Our Spencer's sleep schedule has been off since we were at the ER.  He has been sleeping in reeeeeaaaaaally late. We were at the Supper Club pretty late on Saturday, which didn't help get him back into the routine of getting up at a normal hour.
Spencer woke up at 8:20 on Sunday and came into our room.  He climbed in to bed with us and promptly fell back asleep. I got up at 9:00.
These are my two bums at 10:00, 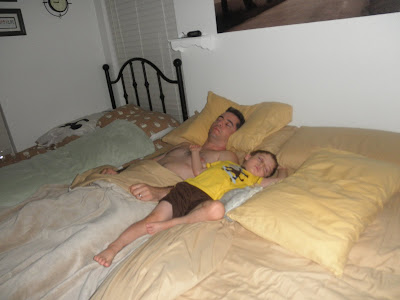 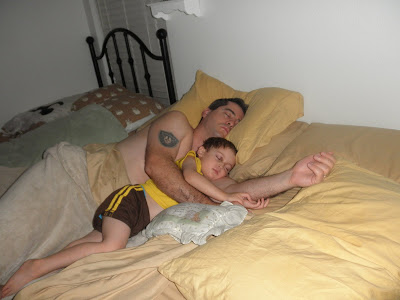 And these are the beagle bums. 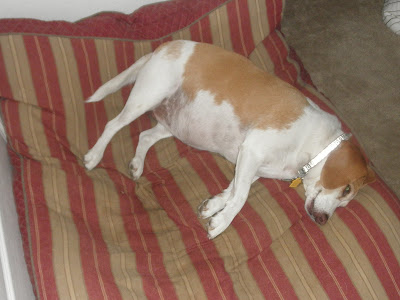 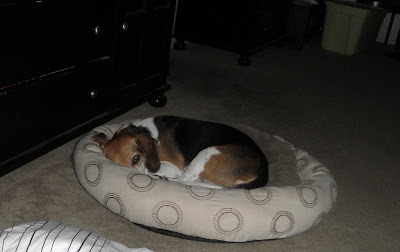 Can't wait to find out.

In my 4.5 years at the adoption agency, we've only placed 1 Spencer, adopted from Taiwan.
Also, I'm going to hate the time difference on Wednesday because I want to know what you're having! I hope I'm a txt VIP!
-Megan