As I mentioned before, last week was spirit week at Spencer's school.
Monday was Nerd Day. 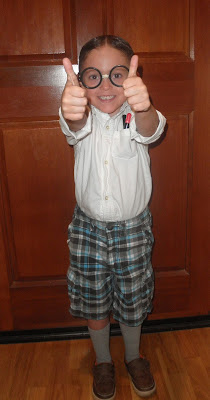 I was pretty proud of the ruler straight part I put in his hair.  I shellacked his head with hairspray before shipping him off to school.  He was pretty giddy about this day and outfit. 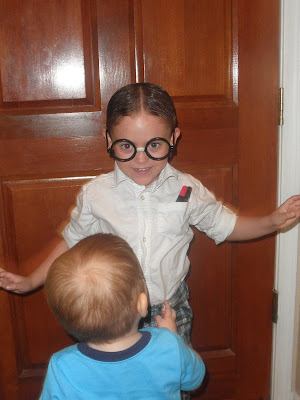 Tuesday was Dream Job Day.
Spencer immediately said that he wanted to be an astronaut.  I'm glad that he no longer wants to be a construction worker when he grows up, but that might have been an easier outfit.
I wasn't willing to spend a lot of money buying a bunch of new clothes for spirit week, but I was OK with an on-sale t-shirt.  After we left Spencer at school on Monday, Elliott and I were off to Target to see what we could find.
I found this shirt within about 30 seconds.  It would have been PERFECT, had it been available in anything bigger than 12 and 24 months.  It was $2. 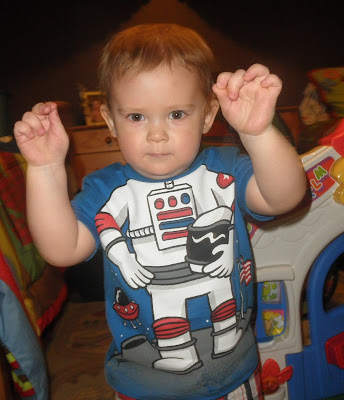 This had to do.  It was $6 and he absolutely loves it.  I don't know that a real astronaut would wear a shirt with a picture of an astronaut on it, but nobody in Kindergarten questioned it. 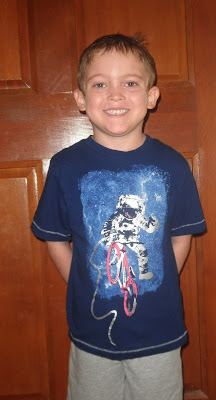 Wednesday was Sports Day.
Thankfully we already had this baseball shirt.  Simple. 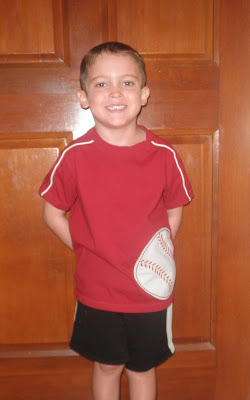 Thursday was Superhero Day.
I had been wanting to buy some Superman shirts with attached capes for both boys anyway, so this was a perfect opportunity to actually do it.
It was Spencer's idea to look like he was flying for the picture. 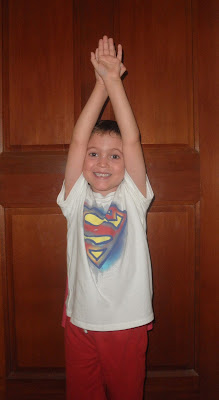 Elliott wore his cape on Thursday too. 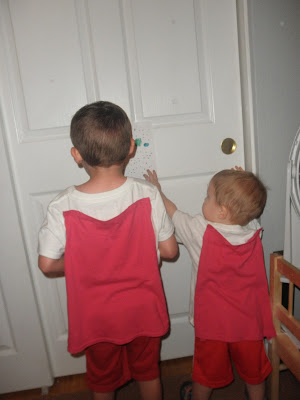 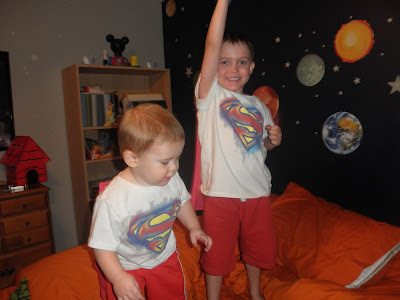 Friday was class color or school t-shirt day.  Kindergarten's color was yellow.  Spencer really wanted to wear his school t-shirt though.  I have no picture because Friday morning was a mess.  We woke up on time but got out of bed late and never got caught up the rest of the morning.  Sorry.
I think there is another spirit week in the spring.  I'm hoping for hippie day, pajama day and 80's day.  Can't you just see Spencer in pegged jeans and a neon shirt?
Posted by Natalie at 8:34 PM

Overachiever!!! Haha! :-). I love it! Spencer had to have the most spirit all week. Evan's school didn't do spirit week that I was aware of. Of course, knowing him he just didn't tell me. I have found memories of spirit weeks when I was in school. Crazy hair days, mismatch days, etc. I hope Evan's school gets on the ball with this soon!

Great job on Spirit Week! Wouldn't it all be funny if we wore shirts that had our job on it?