Being me can sometimes be exhausting.  Sometimes I get sick and tired of my need to make lists and cross referenced lists that must be updated many times over.  Sometimes it bothers me that I lay awake in bed and worry about things for hours that never even cross other people's minds.

I have conversations like this with myself daily.  Multiple times a day, actually.  Don't even get me started on the thoughts I have about things we'll have to do if we have a second kid to make that kid feel as special as his/her brother.

One of the lists I keep, in a word document of course, is a list of EVERY SINGLE Christmas ornament we own, who gave it to us/where we bought it and the date it came into our lives.  Three years ago I started a companion word document with Spencer's ornaments.

We had a good year this year, mostly because we actually traveled.  These are our new ornaments acquired in 2010.

This jolly little chap is from Vermont.  Can you believe I just stated that?  Duh. It's spelled out on his cap. 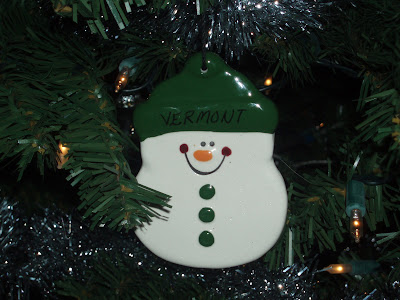 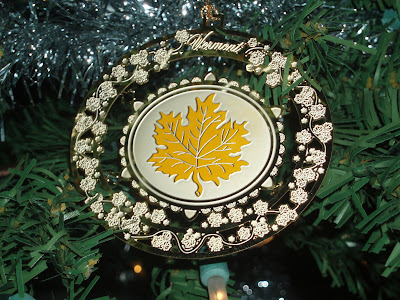 These guys are from the same store in Maine.  I did some power shopping right before we left the state. 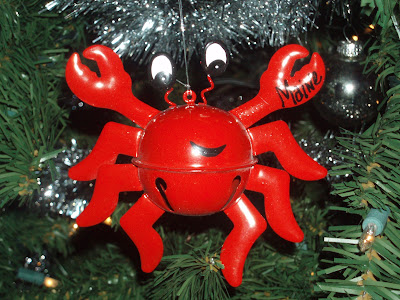 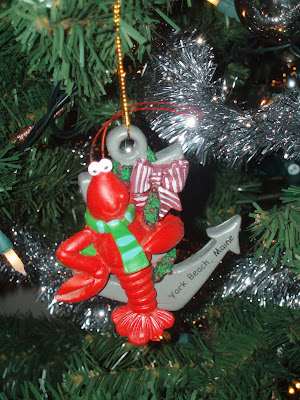 I bought this portly little porker at Hobby Lobby in August, right when they put ornaments out for display.  I didn't buy him to be an ornament, I just liked him because he's a pig.  He'll chill on the tree until January and then he'll go back to his post guarding the dishes on the hutch. 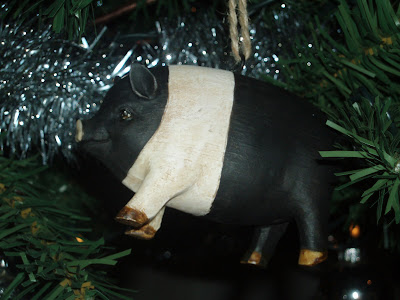 I'll give you the benefit of the doubt in figuring out where this came from. 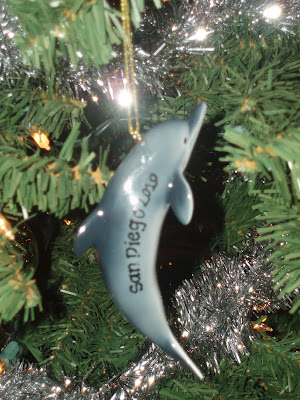 This is from the same store in San Diego.  Isn't he a cool Santa?  Very bohemian hippy. 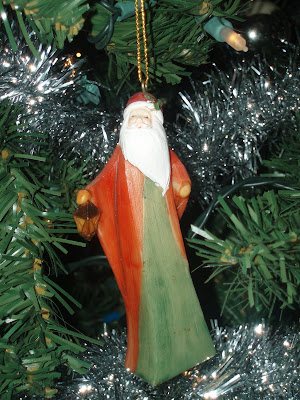 Not a bad haul for pre-Christmas 2010.  They join the rest of their brother and sister ornaments in real life and on The List. 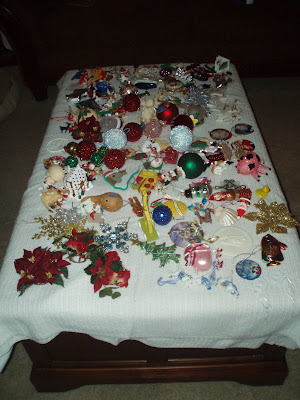 I don't keep a word document list of decorations, but I do mentally remember the origins of most of our stuff.  Shockingly I haven't bought any new Christmas decorations for the last couple of years- really since Spencer was born.  I have been given stuff as gifts (and NOT gifts from myself) which helped keep me from shaking with withdrawal.  Anyway, I thought it was time to spruce up the house a bit.  A sale at Kirkland's helped. 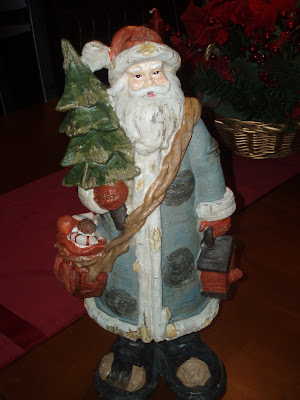 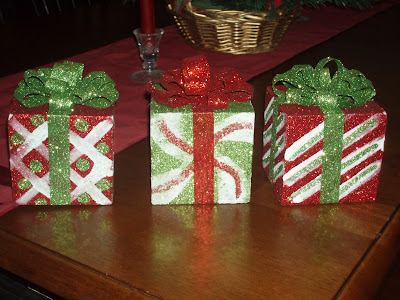 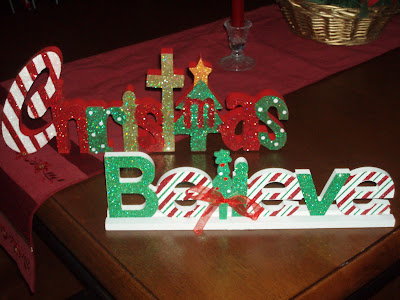 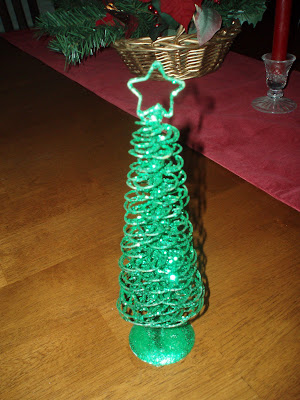 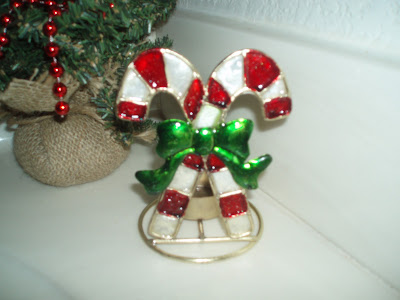 My mom found this at a second hand shop.  It's a countdown/advent calendar. I will be bald by New Years Day trying to keep all those hearts with numbers from ending up in the sandbox, in the garbage, under the couch, in the car and down the street at the park. 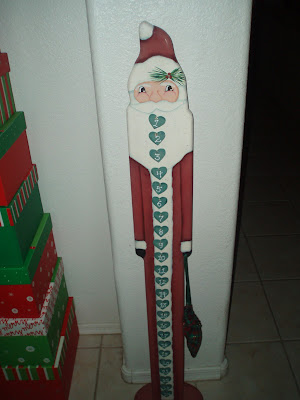 Oh, and BTW, except for the outside lights, we're locked, loaded and completely decorated for the holidays.
Posted by Natalie at 9:57 PM

But do you have a list of your lists? Because I do...I have to keep track of which lists need updating! The joke in my family when asked when I would have a baby was that it was on an excel spread sheet somewhere. You need a job like mine. I really just keep list of things and update the lists!

I'm really impressed with your organization and the fact that you're done decorating. I'm not done...not sure if I'll start. Maybe this weekend. I'll keep you posted. :)

I like to get an ornament every time I go some place new when I travel. Unfortunately, I didn't get one in England because we forgot to go back to the store to get one. :( My Arizona one, however, is hanging nicely on the tree. :)