I am going to try really hard to not fall behind on my blogging during the next 2 months.  We have so many fun activities planned and I'd like to write the post about them right after they occur so I'm not talking about Thanksgiving in February.  Hopefully that means there will be lots of fun posts to read from now until the New Year.   Hooray!

Here is the 30 second recap of last week prior to our pumpkin carving.

After the huge wedding weekend we were all TIRED on Monday.  I had to work that day to make up for taking Friday off and after a day of working I was in no mood to cook.  Plus we had no food in the house.  Out to dinner we went. 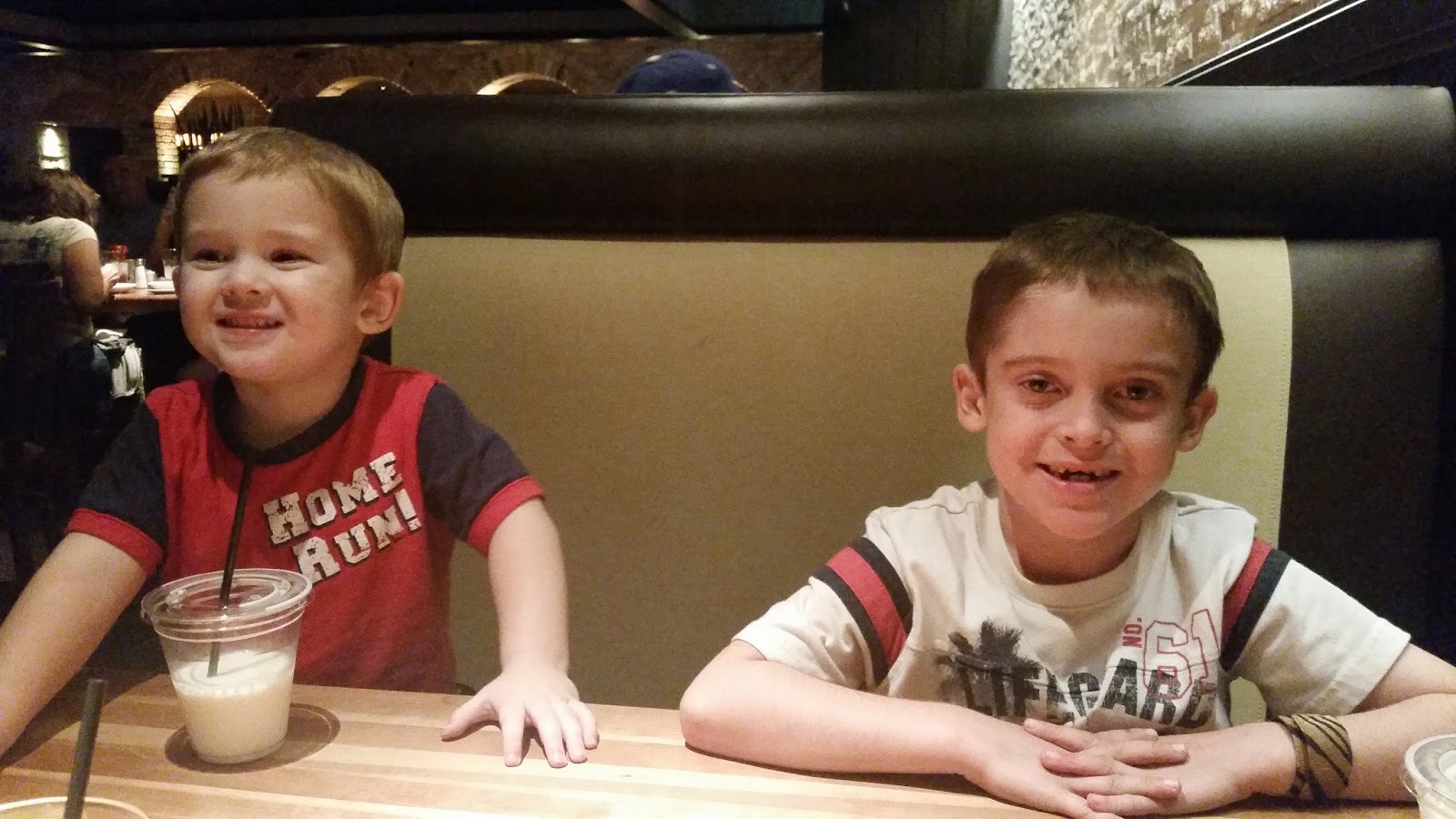 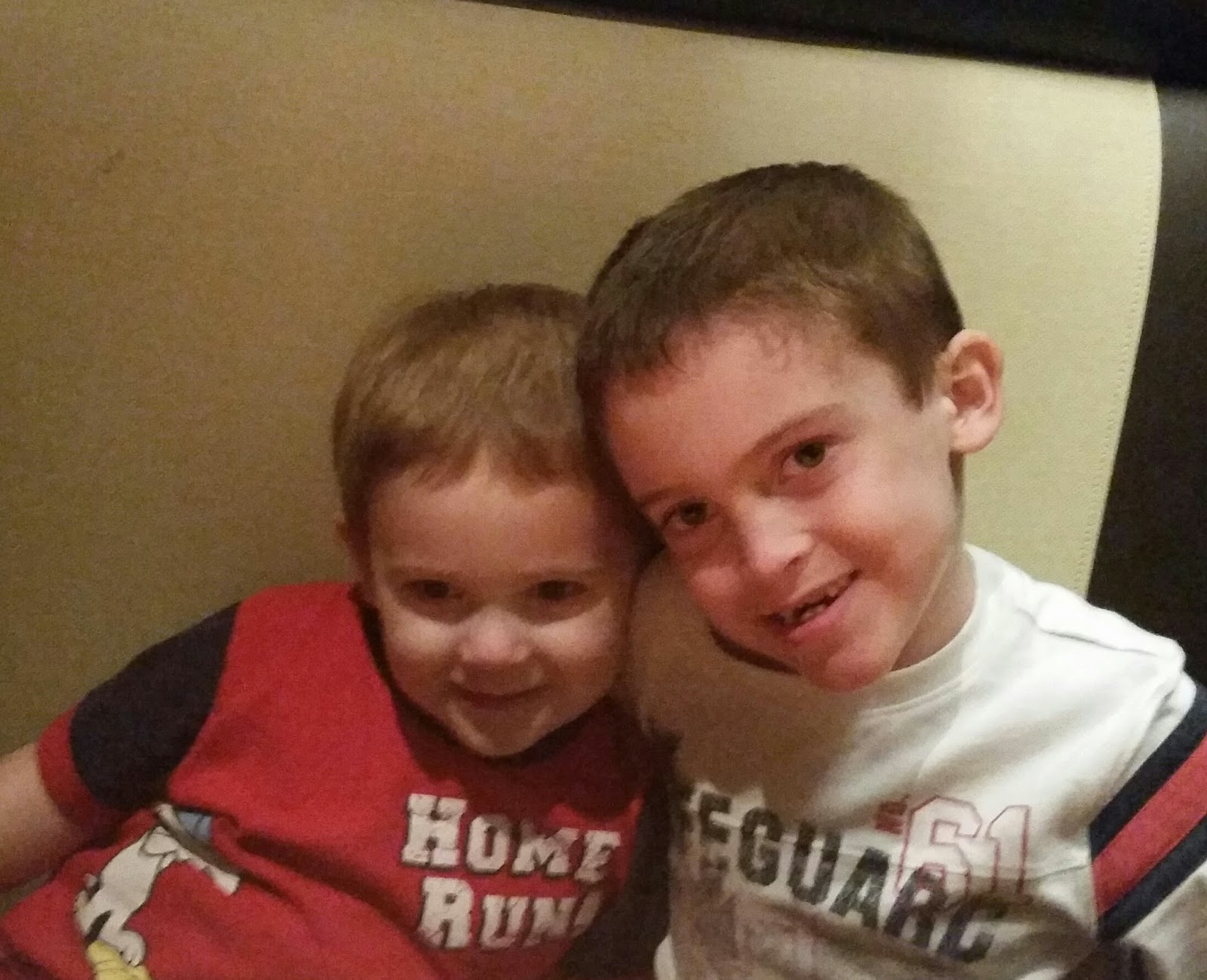 Then, the same thing happened on Tuesday.  I didn't work that day, but Spencer had an afternoon dermatology appointment at Phoenix Children's (he's doing so much better- he's almost back to what he was pre-study drug trial) so we stopped at IKEA for "kids eat free on Tuesday" dinner. 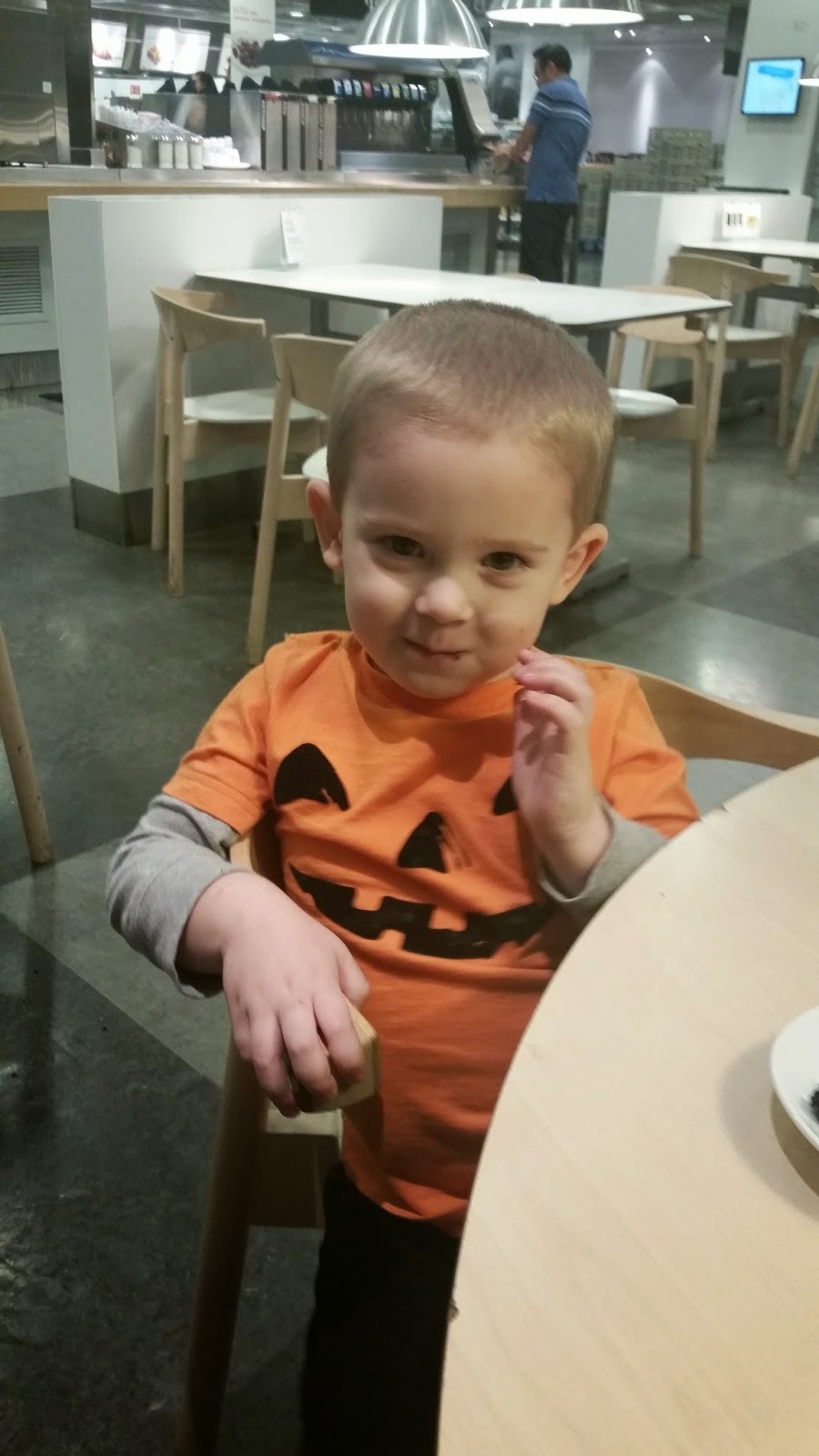 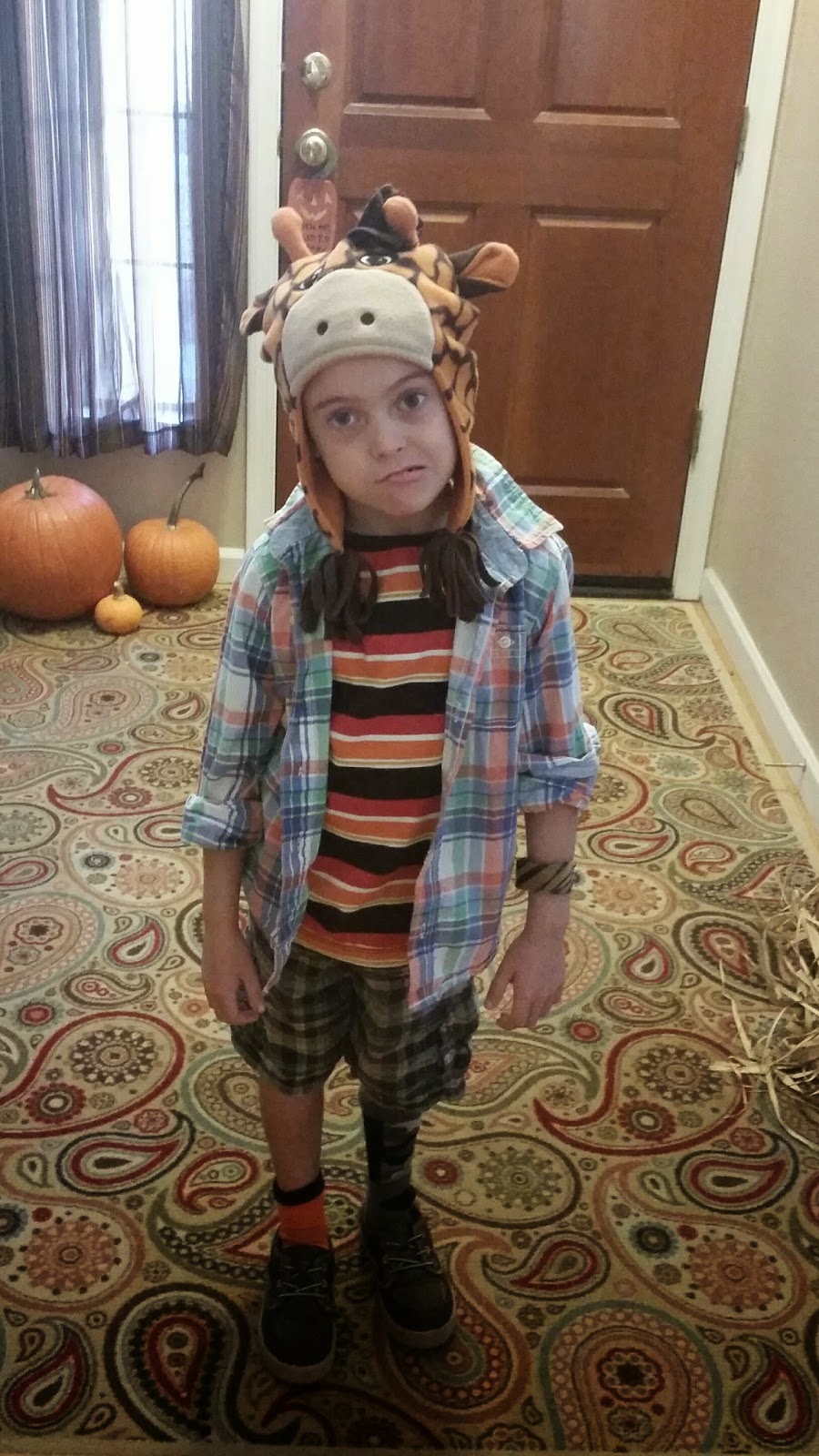 Elliott and I went to Target that day. 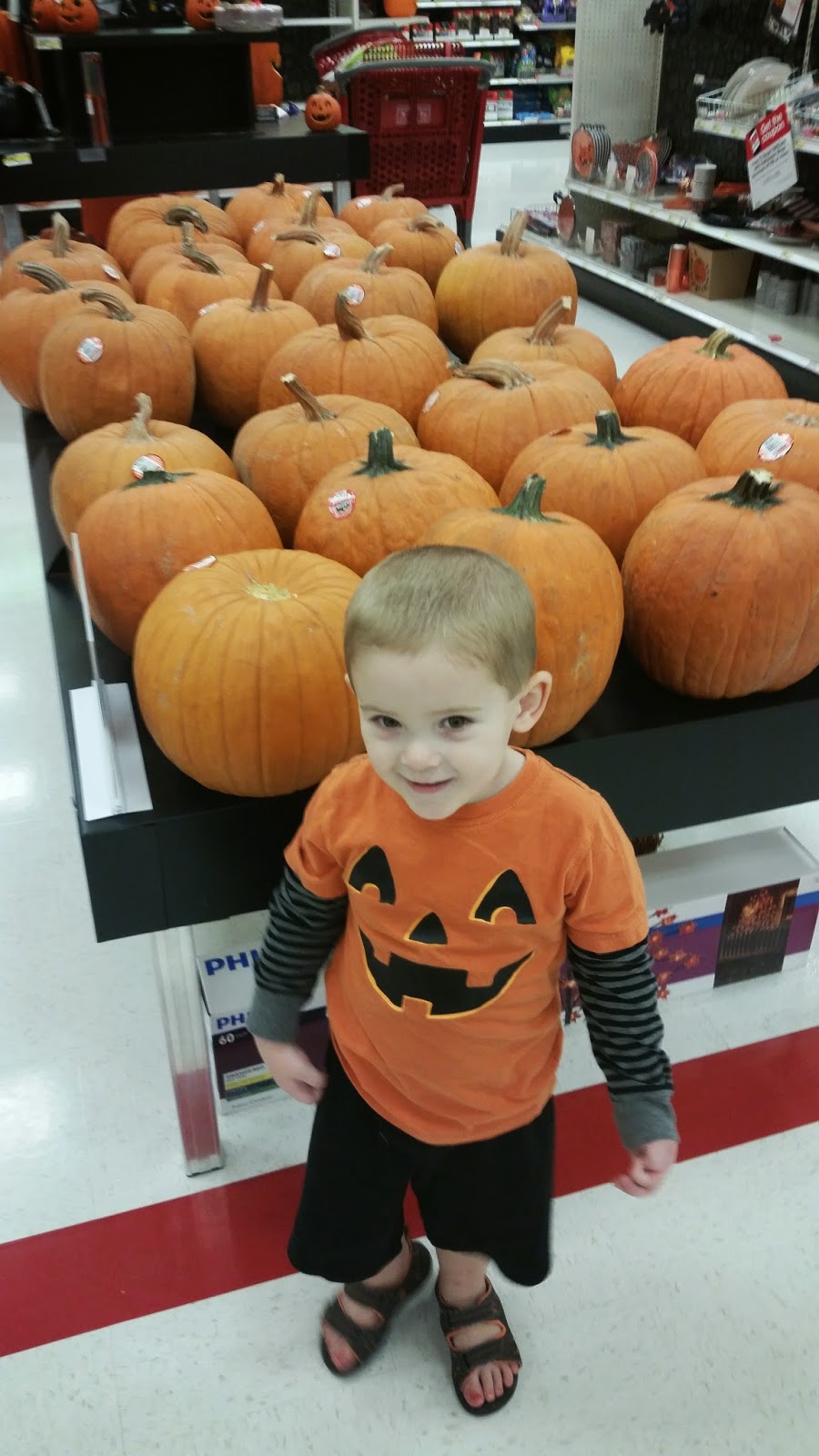 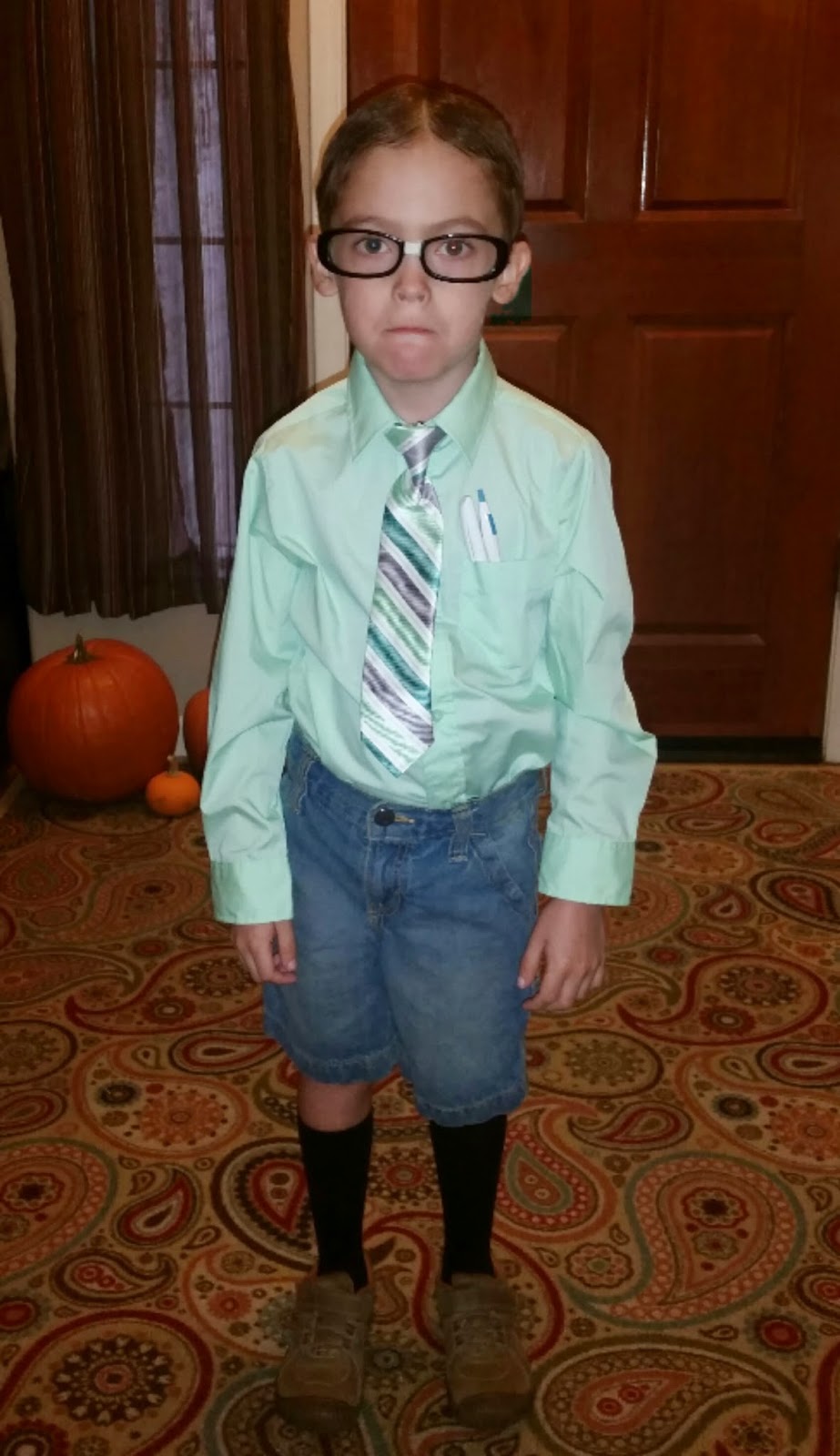 Thursday night was the night for carving our pumpkins.  If we had done it any sooner they would have rotted by Halloween. 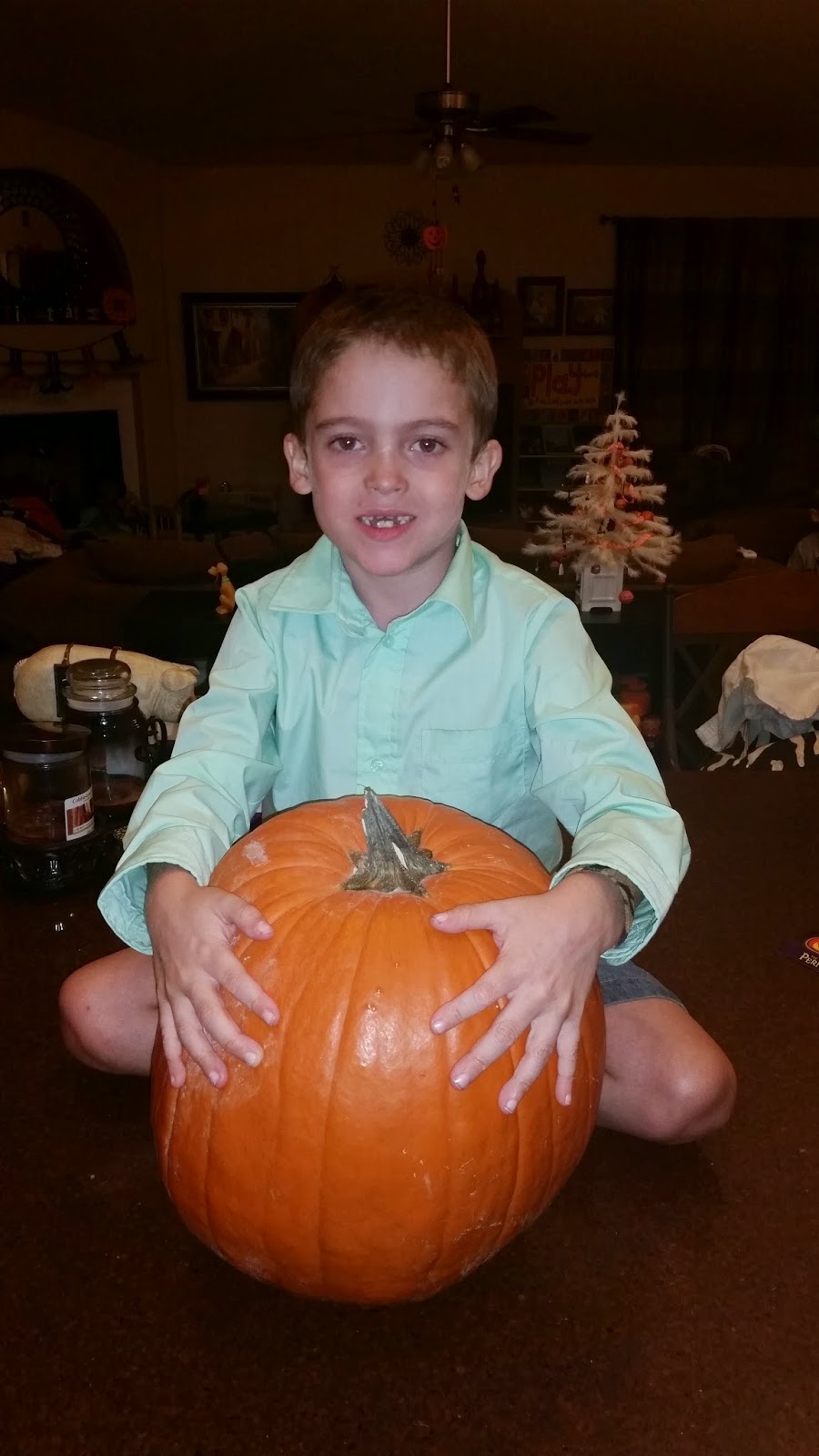 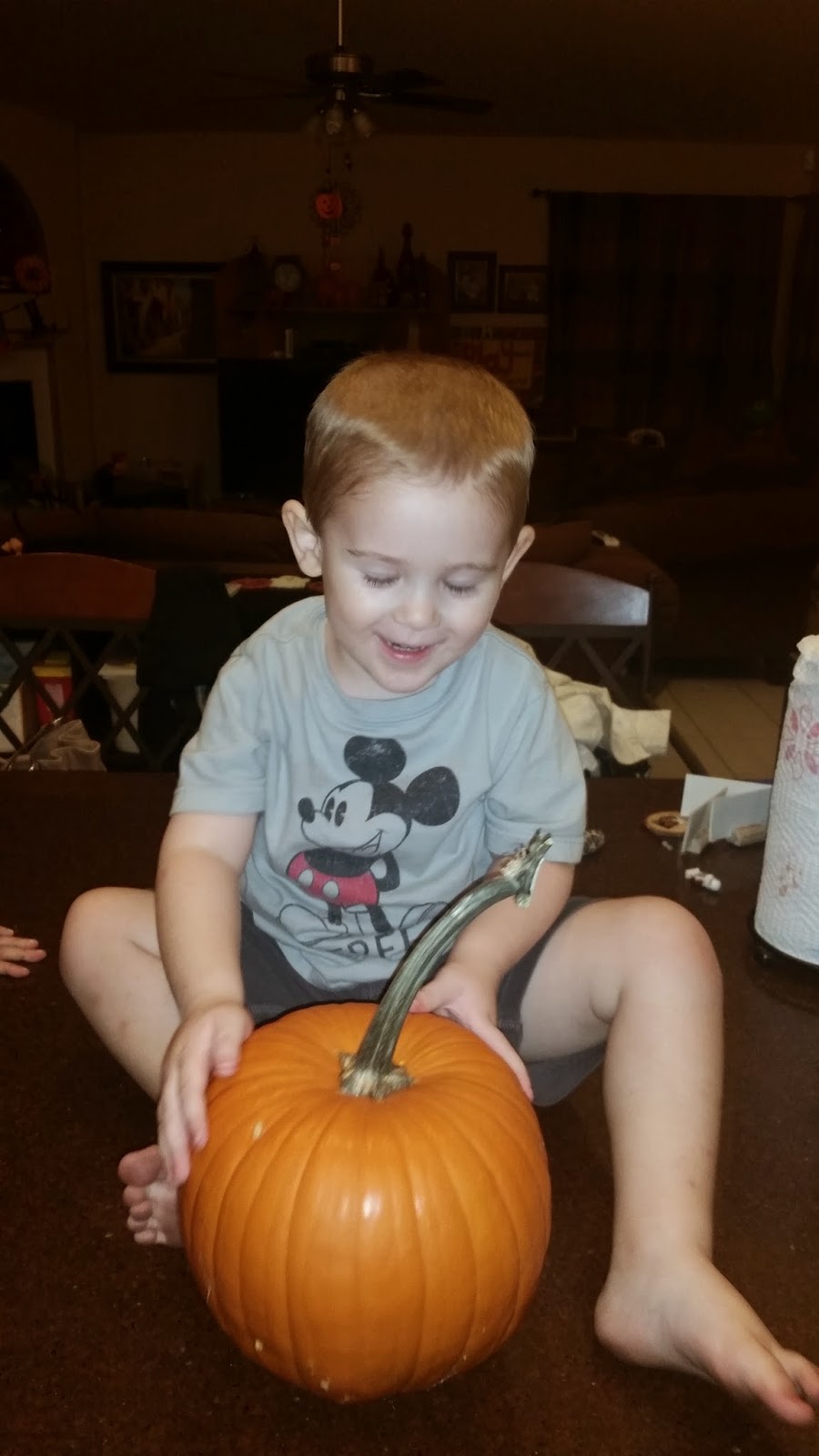 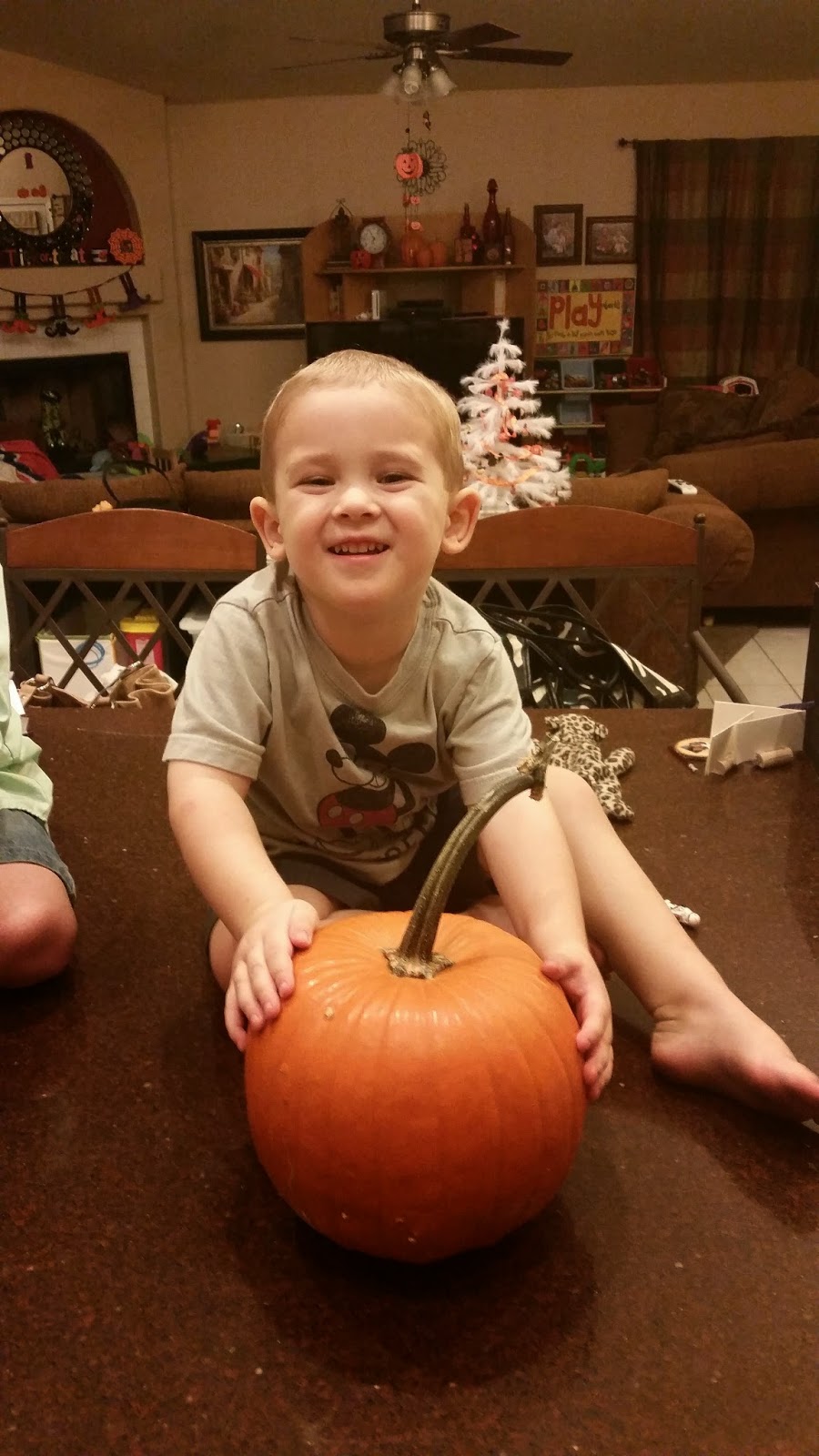 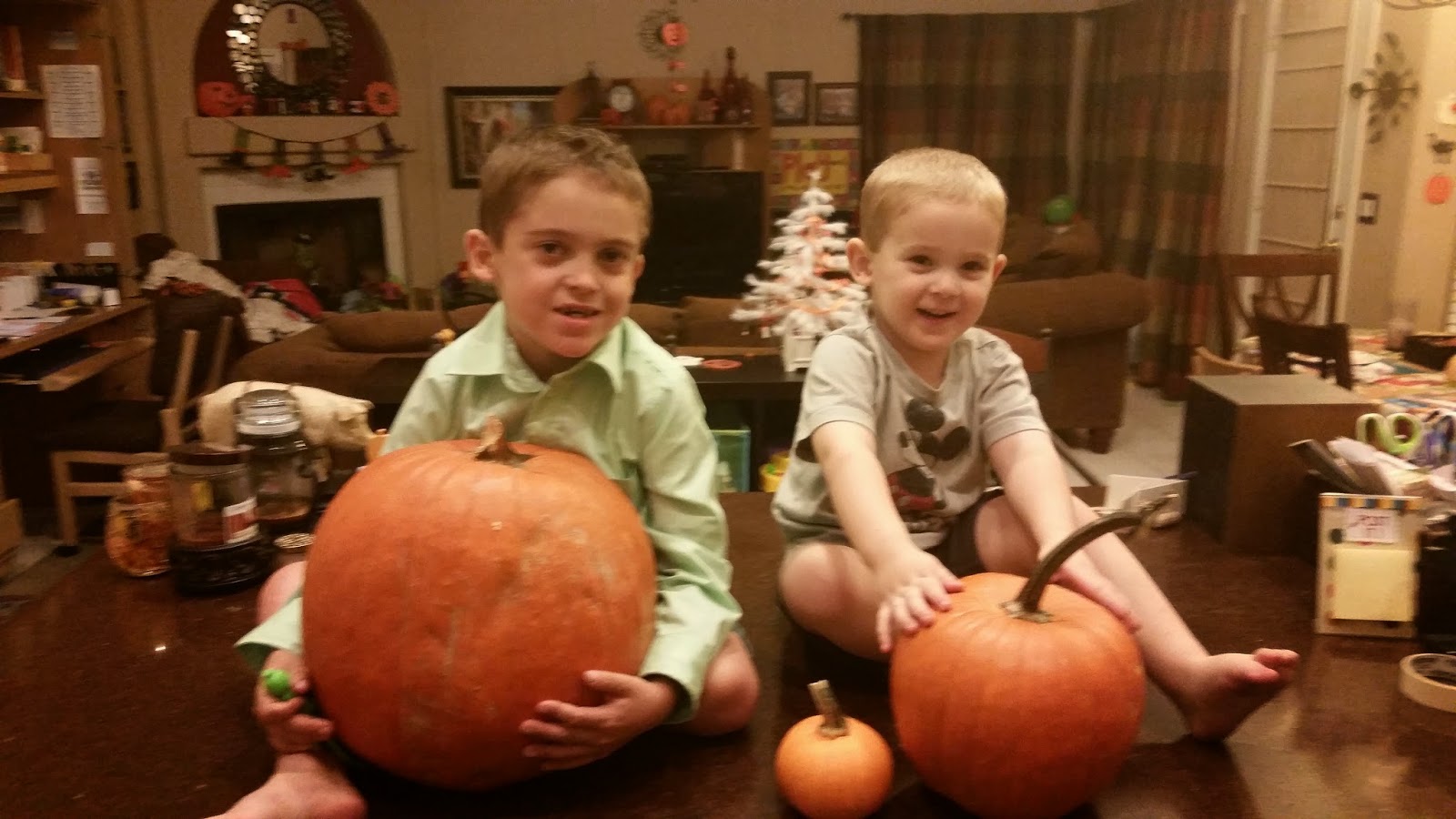 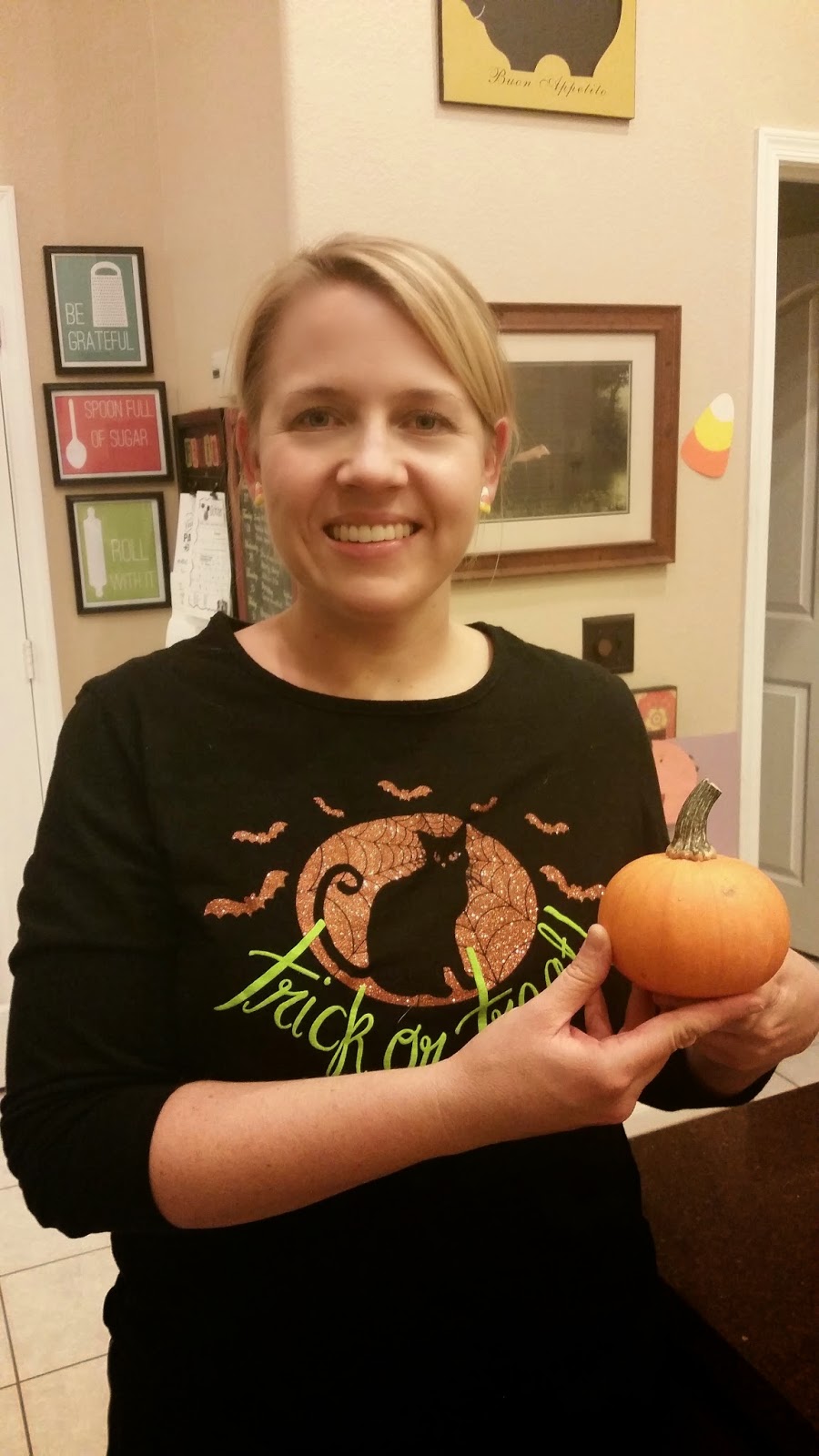 As is our custom every year I cut the tops and cleaned the guts and Michael did the actual carving.  Except I did "carve" my baby pumpkin this year.  I just used a screwdriver to make a polka dot pattern. 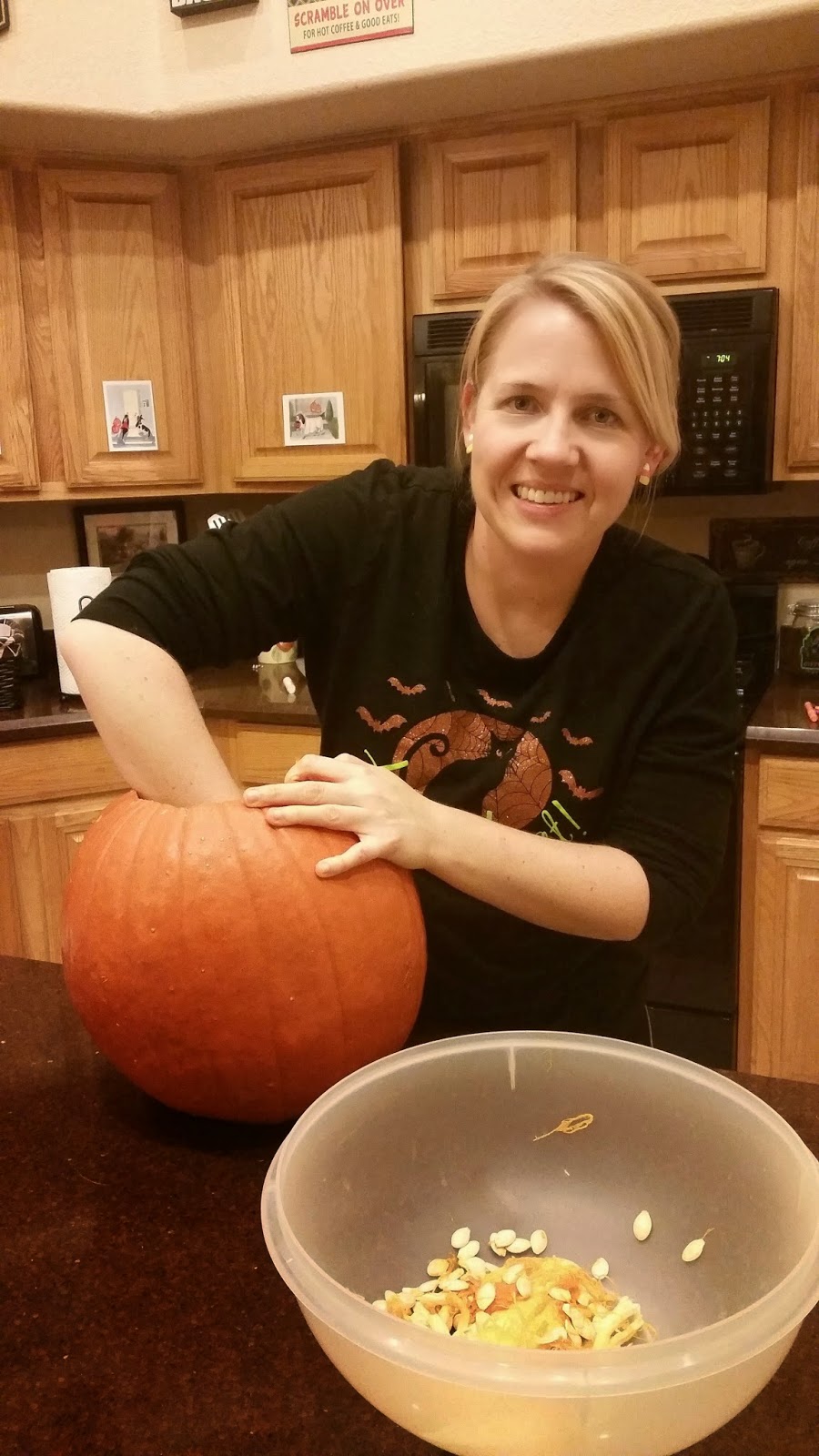 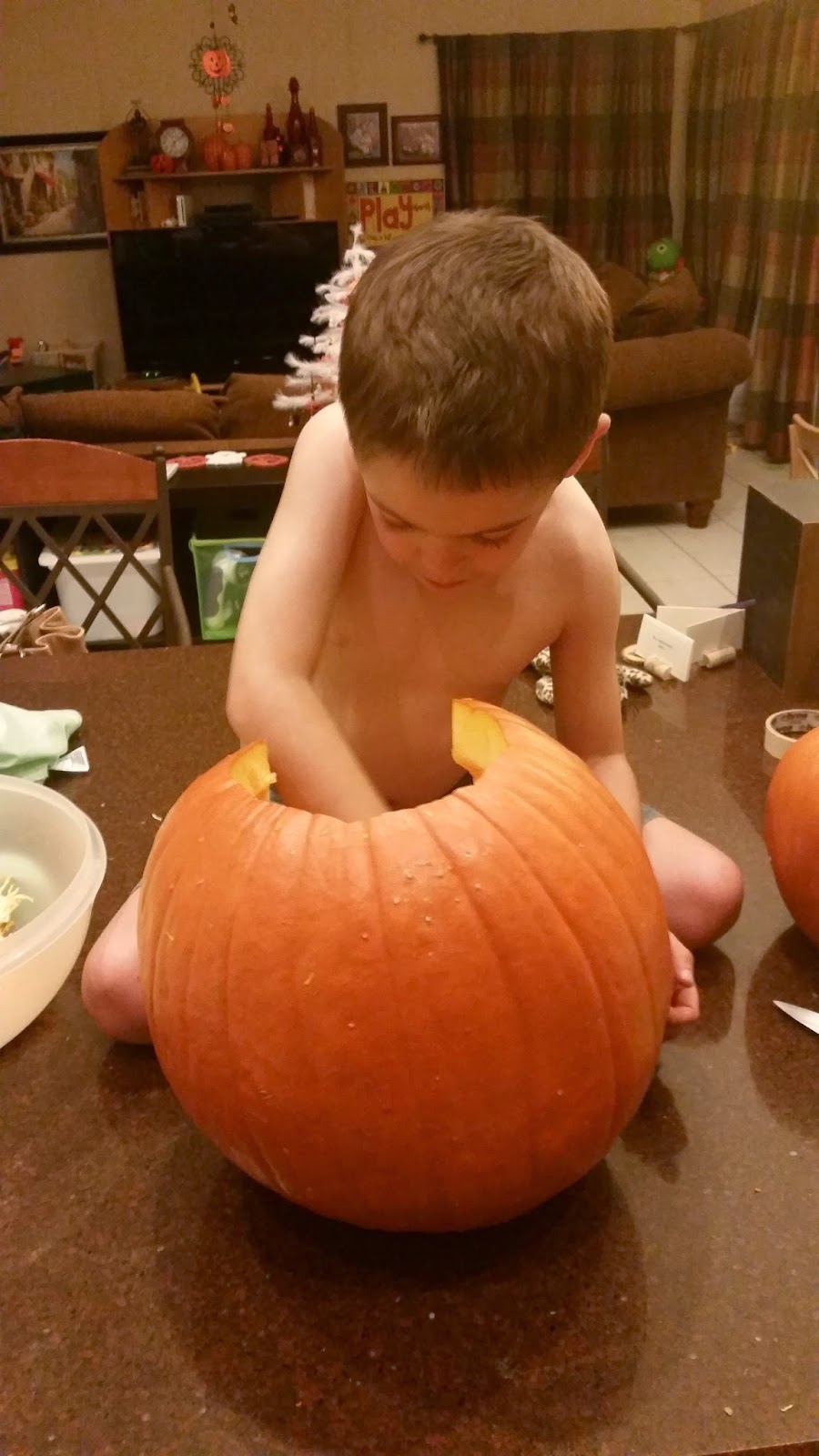 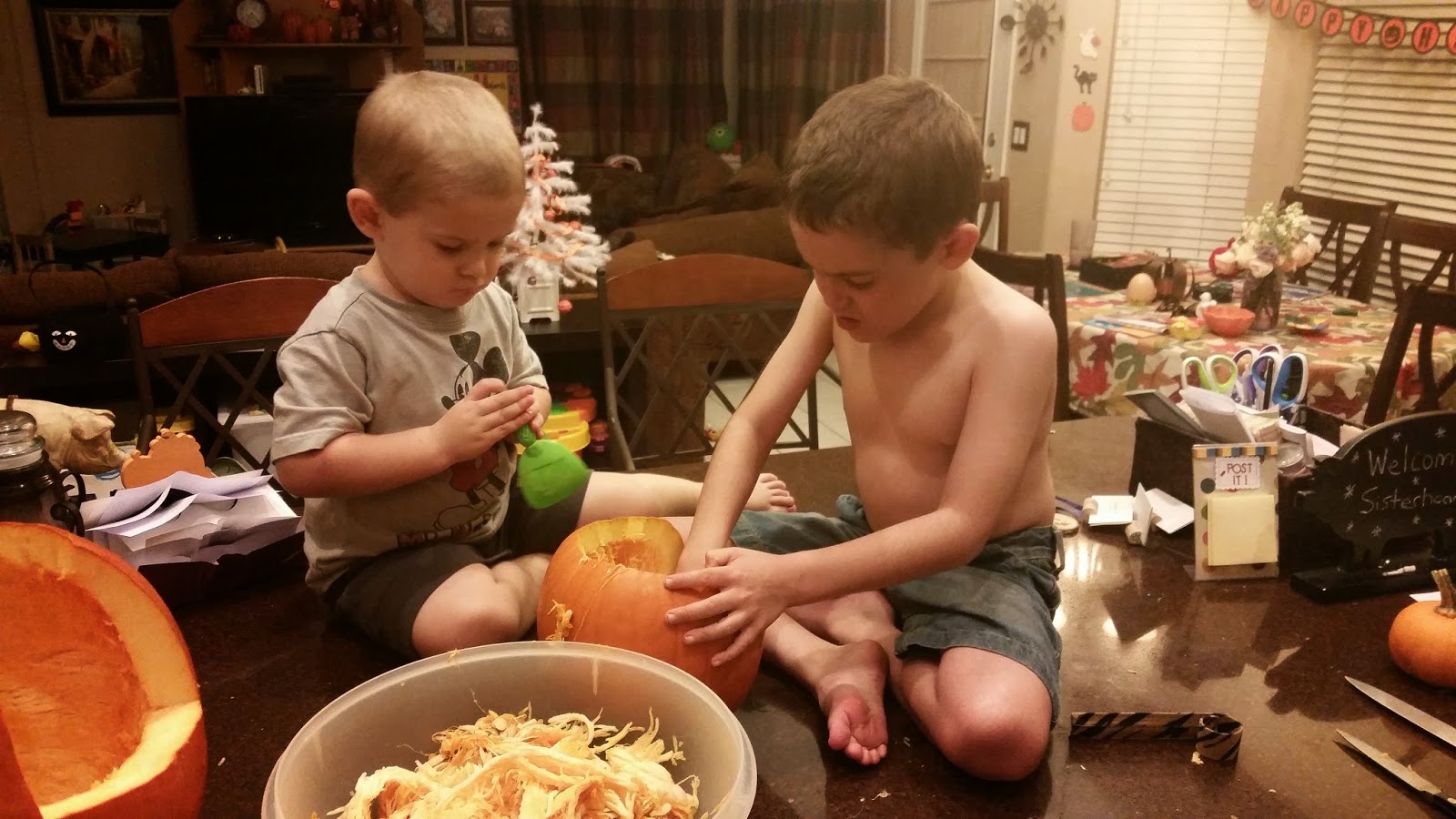 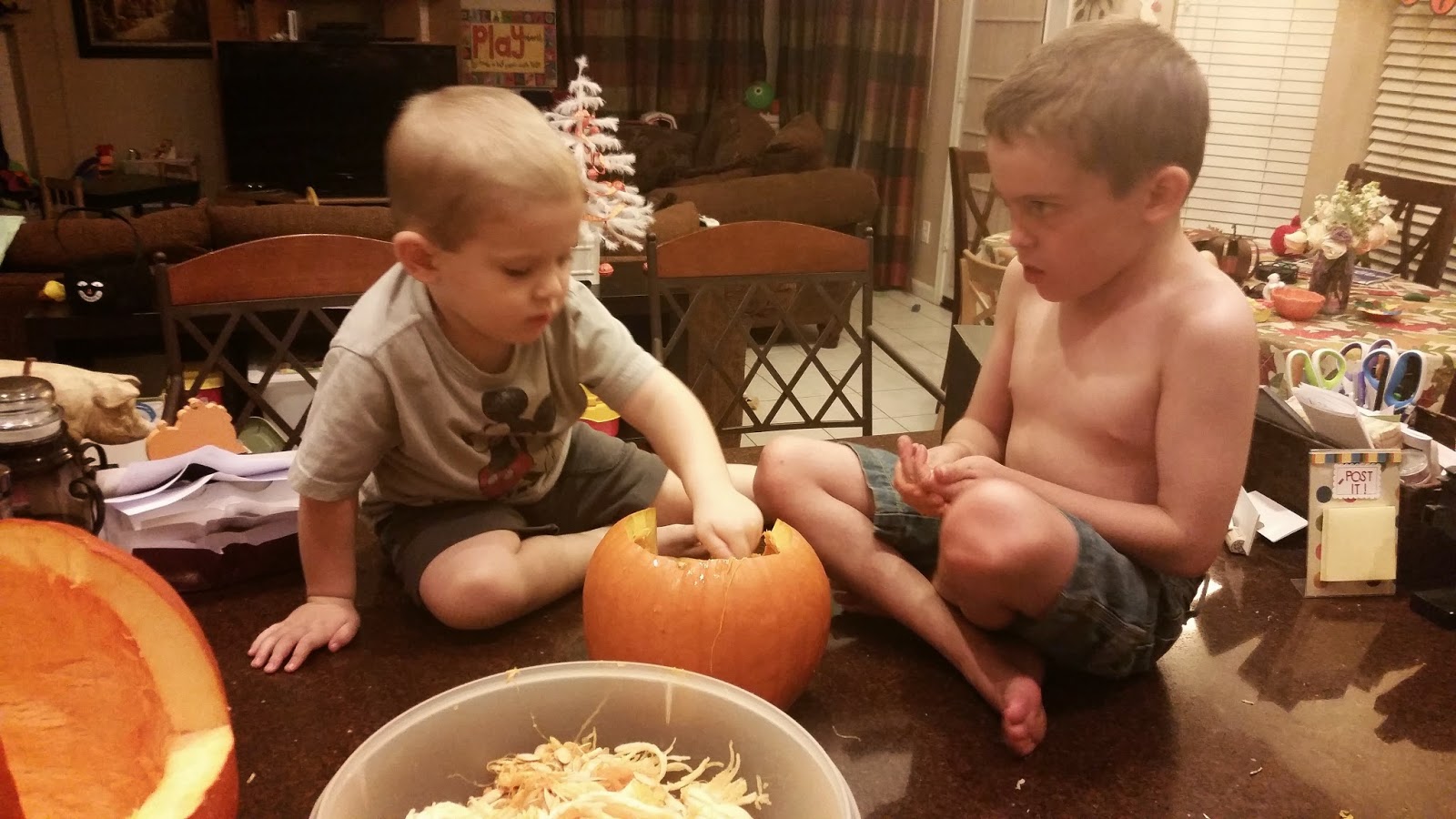 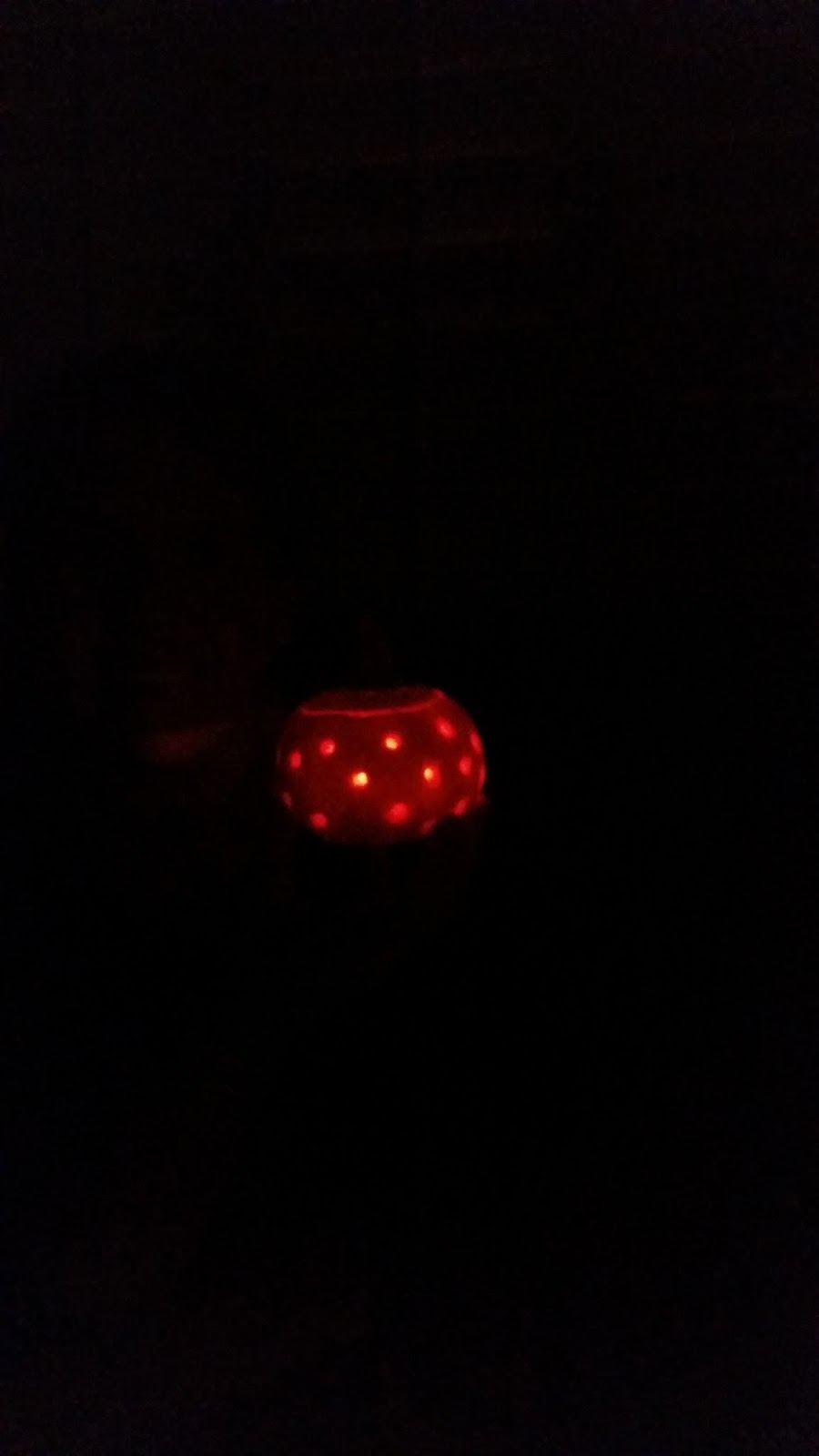 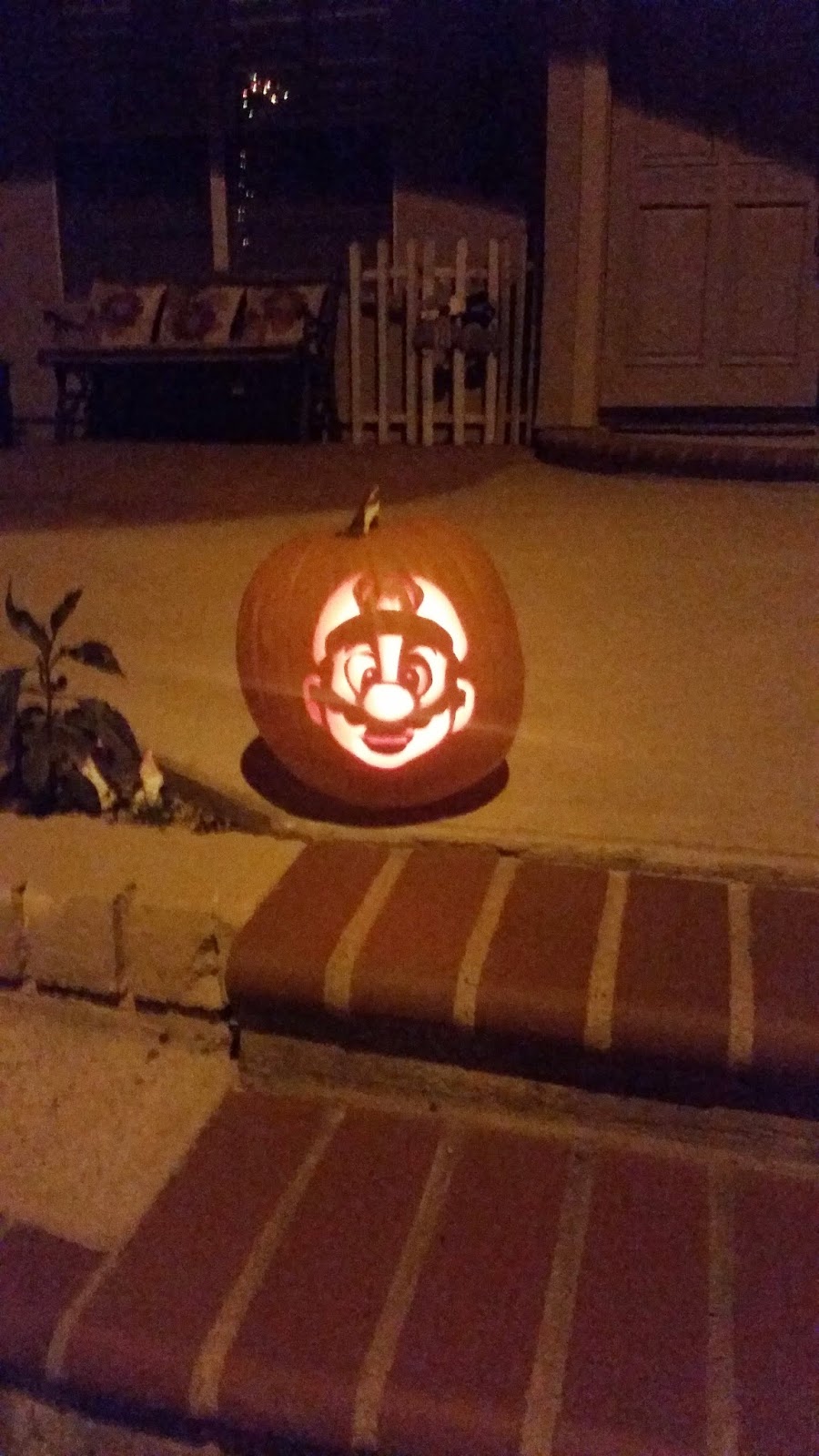 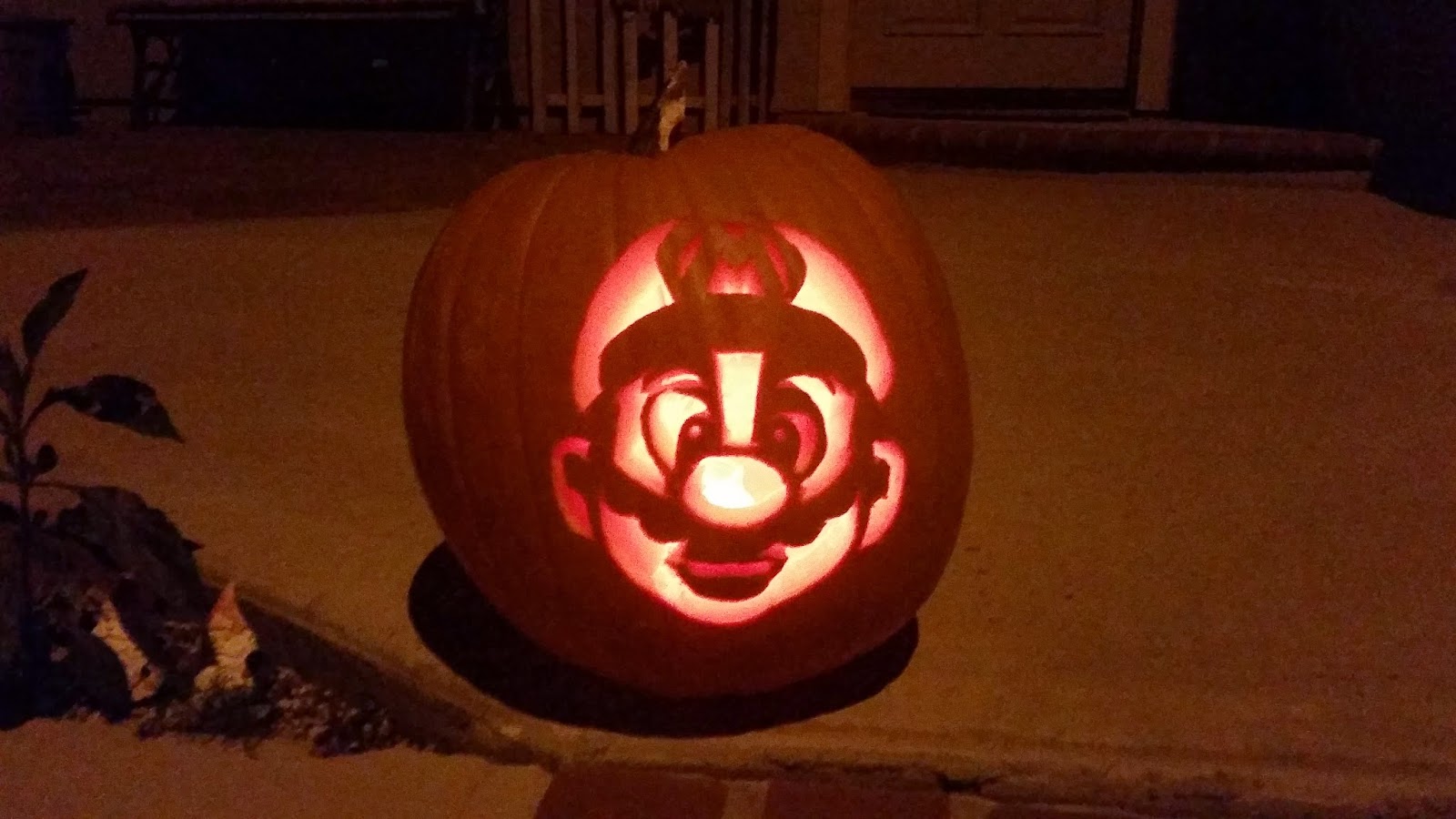 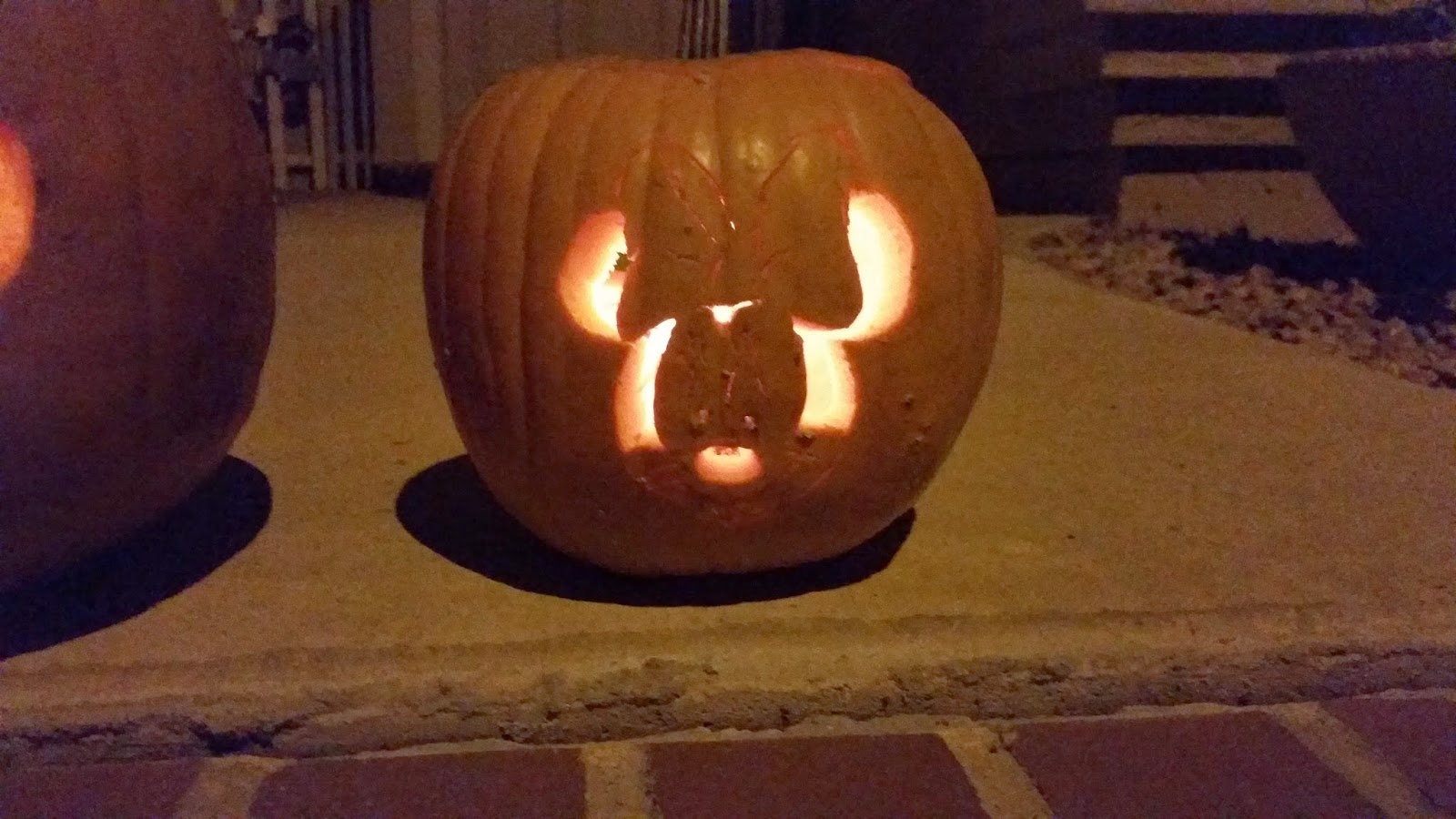 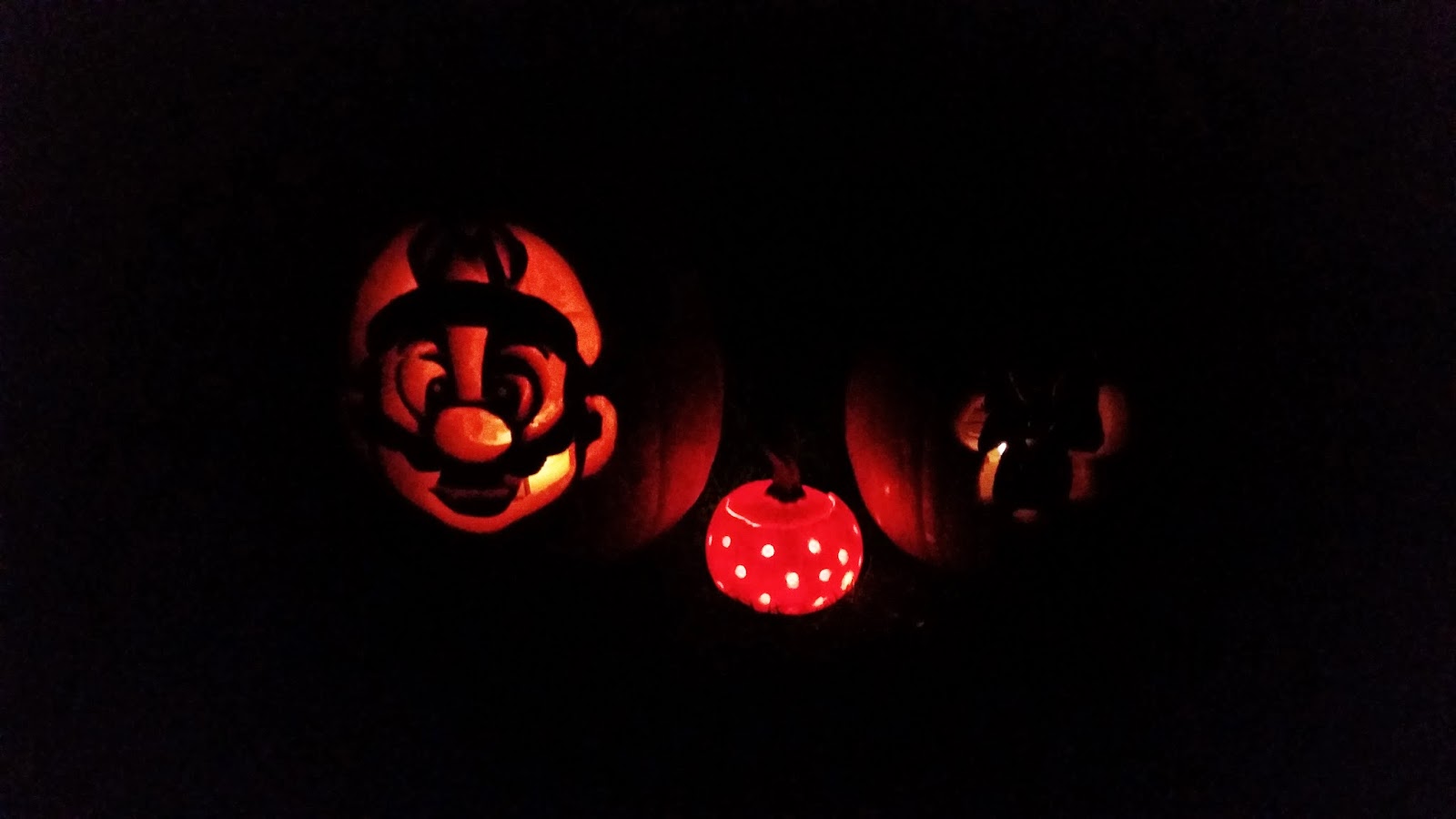 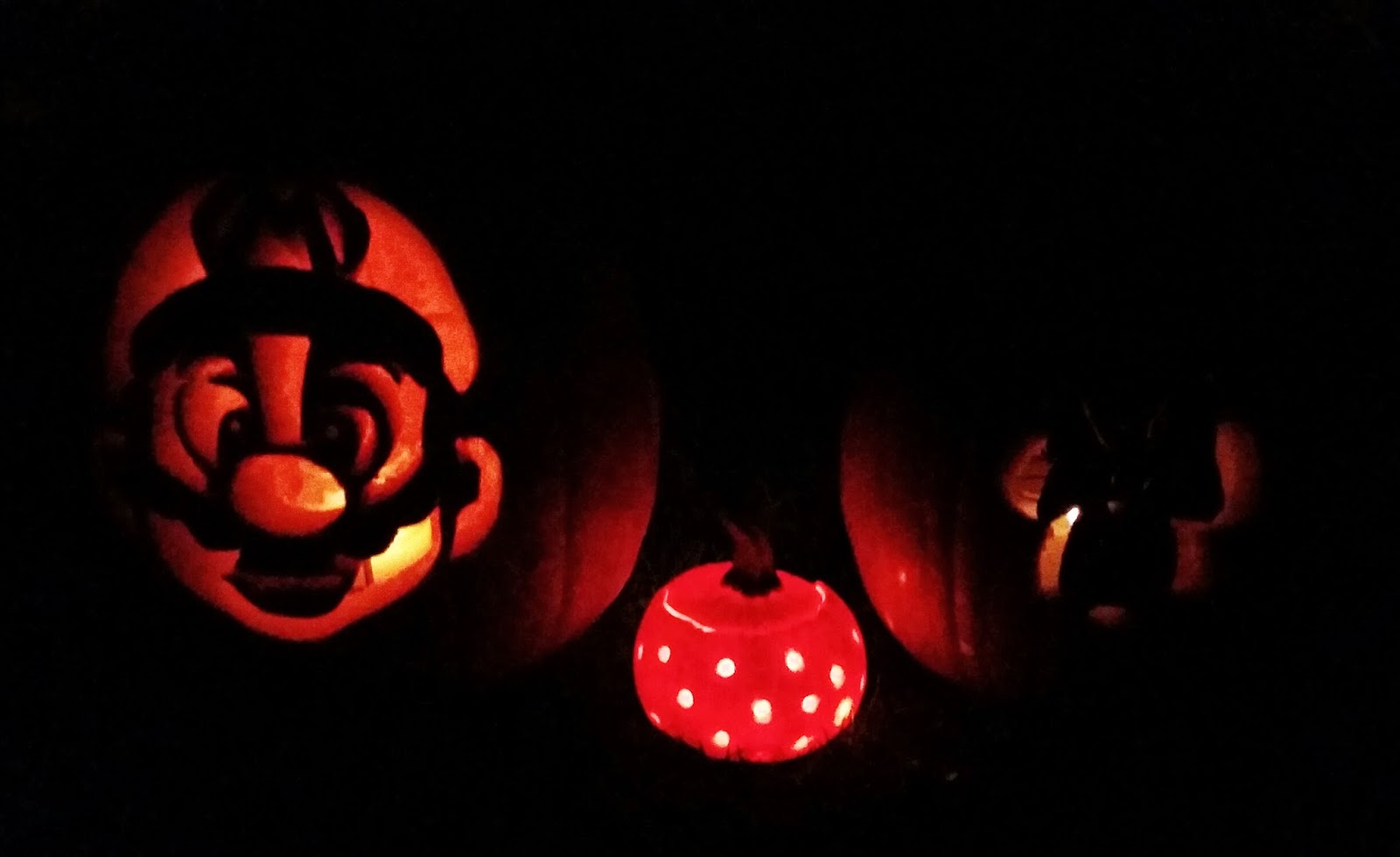 The jack-o-lanterns lasted for 3 days and then into the garbage they went.  It's always kind of sad that after so much build-up and effort that we just trash them.
Posted by Natalie at 2:43 PM

I'm always impressed with your pumpkins. They always turn out so great. It must be the collaborative effort. By the time I get the pumpkin cleaned out, I'm totally over it and just want to get the carving over with as quickly as possible.
I also feel kinda guilty just chucking it in the trash afterwards

"Kids eat free" dinner specials are our lifesavers so many nights lately. Sigh. I love that Spencer's school has such fun Spirit Weeks. Just one more disappointing thing (and yes, there are many but too long to write about) about Evan's school. I think Spencer makes a cute little nerd. Ugh, pumpkin carving was a missed event at our house this year. Just couldn't get it together this year. It didn't help that Halloween was on Friday so if we had carved it the weekend before, it would have looked like something from Night of the Living Dead. Haha! I do think your pumpkin carving technique is the way to go. I am still thinking of painting some but since we are already almost halfway through November, not sure it is worth it. Michael did a great job on the Mario and Minnie pumpkins, and I can only imagine how long those took to carve. I feel exhausted just thinking about it.