A weekend in Tucson

I took another selfie in my office last Friday.  I am becoming the queen of random selfies.  This particular one was taken so I could text it to Monica to show her I was wearing the necklace she gave all the bridesmaids.  I got a haircut last week.  It's really short.  I 50/50 like and dislike it. 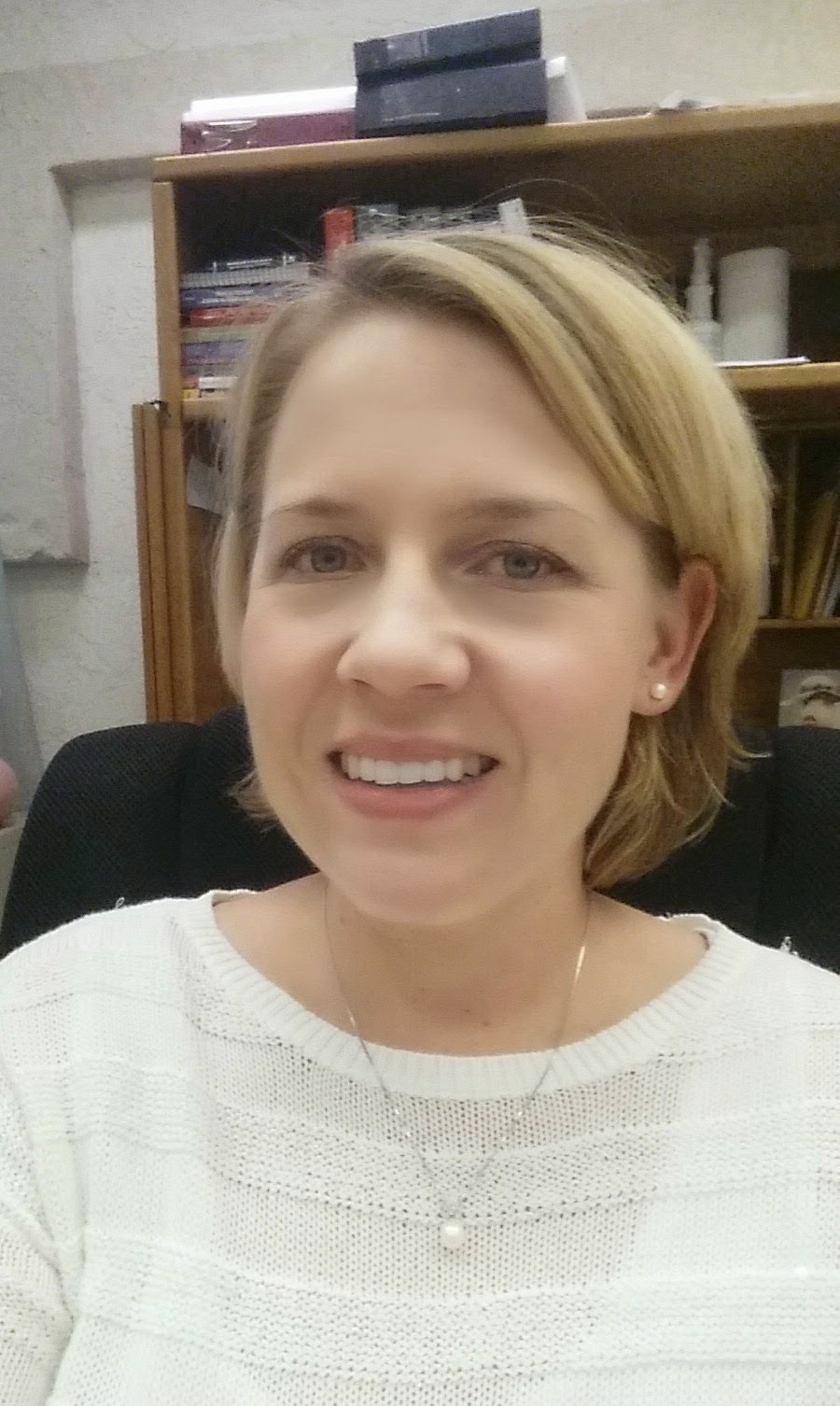 After I was done with work we drove down to Tucson.  We spent Friday evening with my parents at their house.  My dad got out his accordion and started playing it for Elliott.  Spencer was there for a bit too. 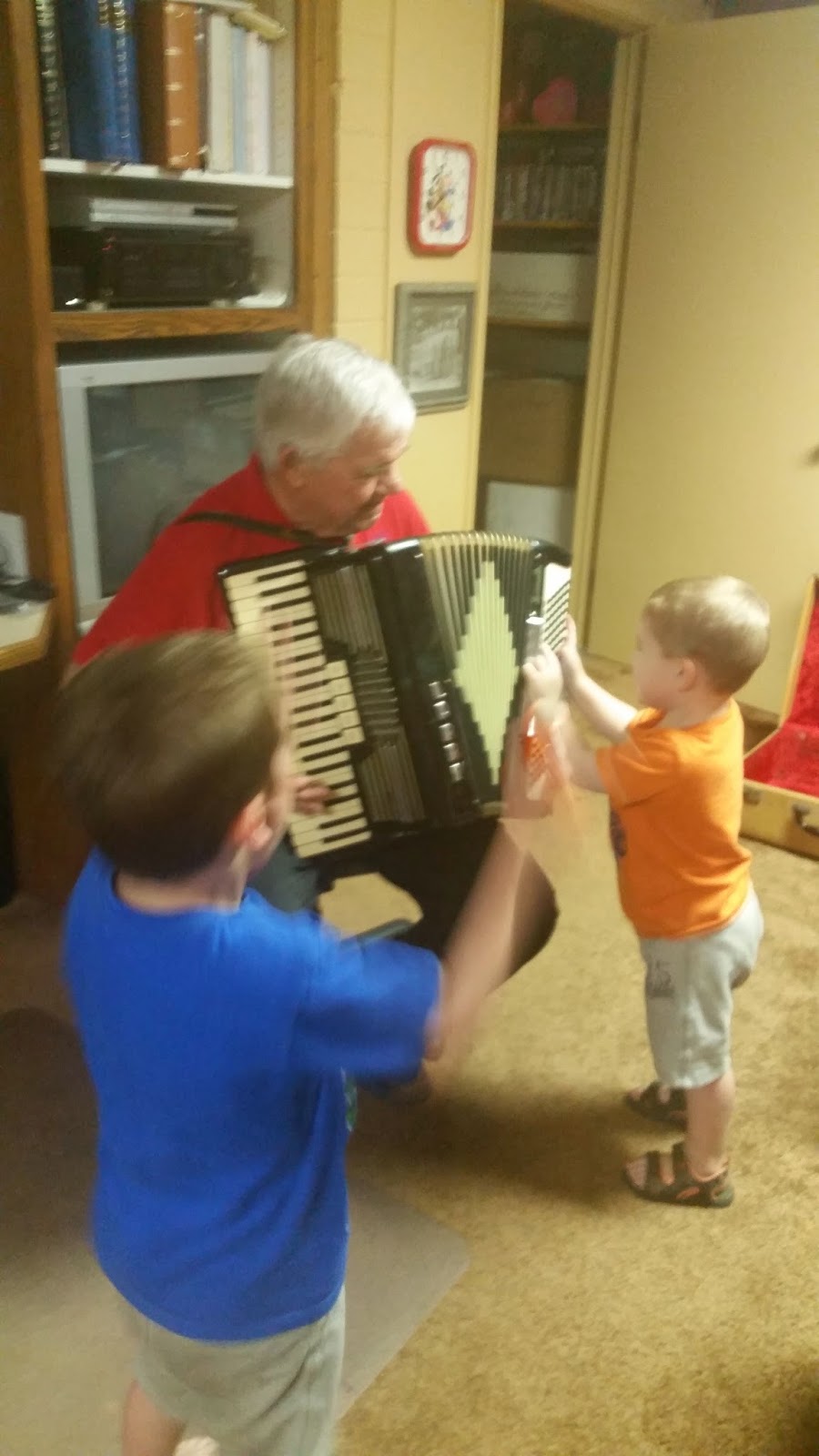 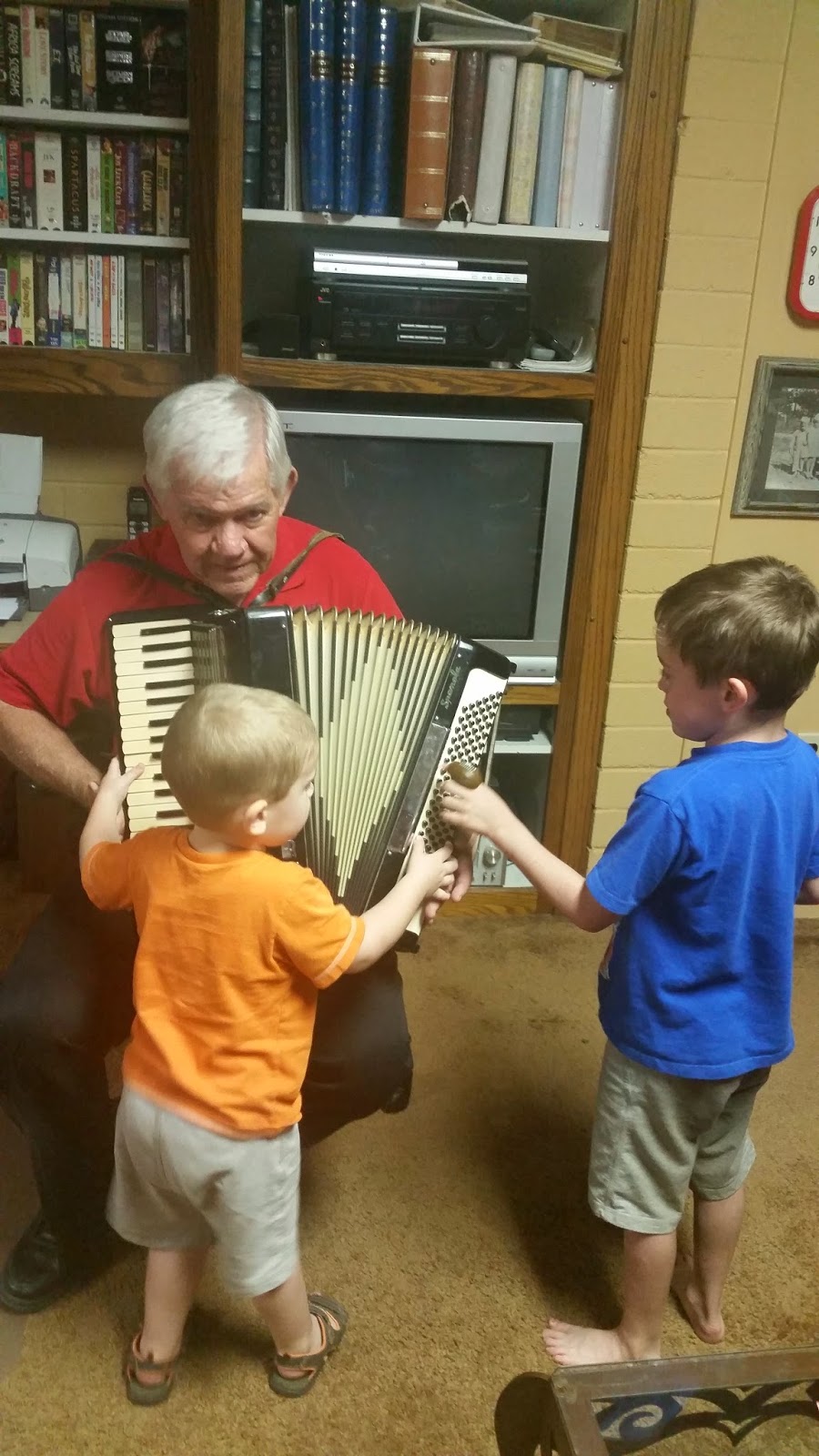 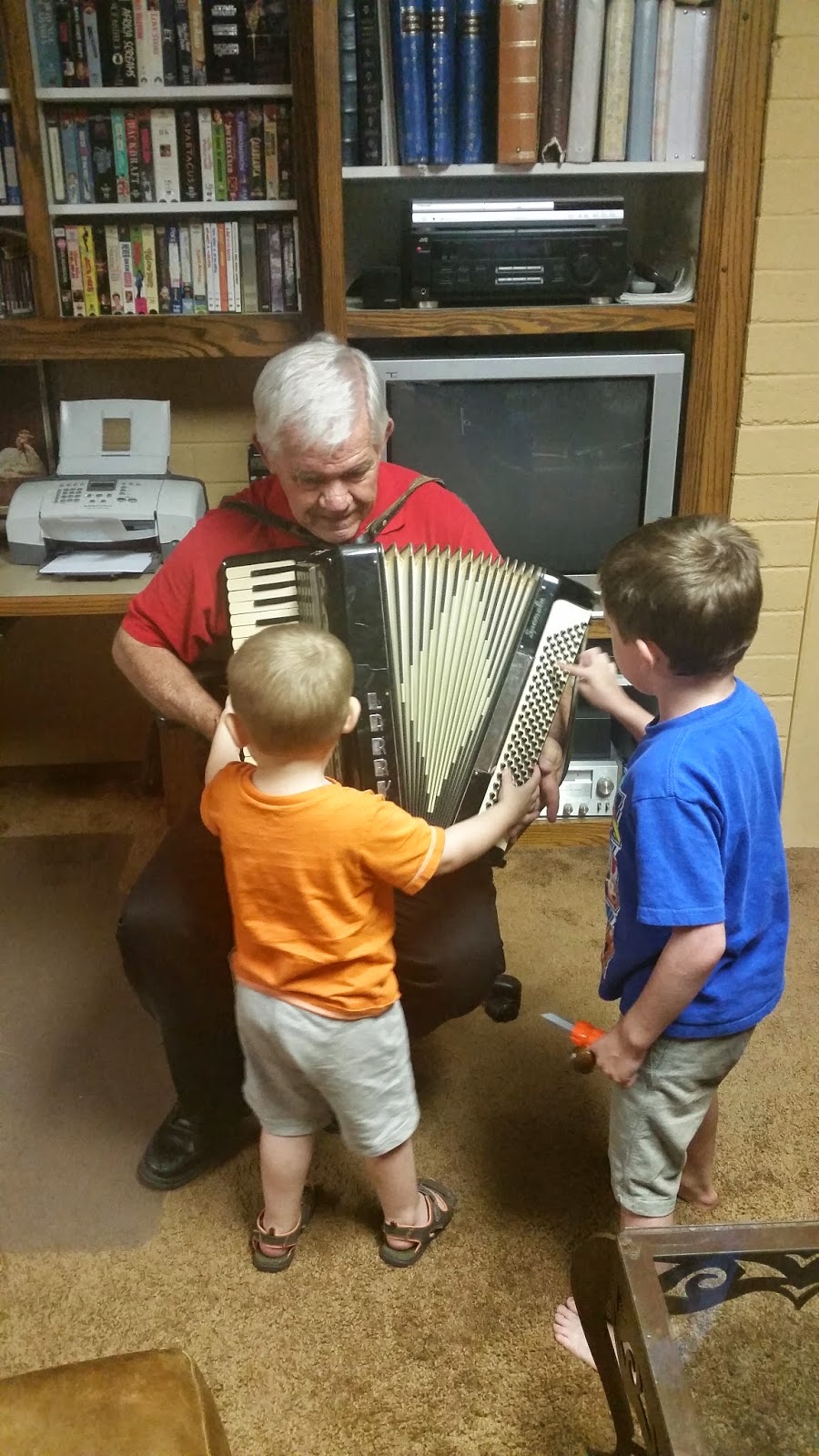 He lost interest pretty quickly, but Elliott lasted for 45 minutes, until we made him stop and go to bed. 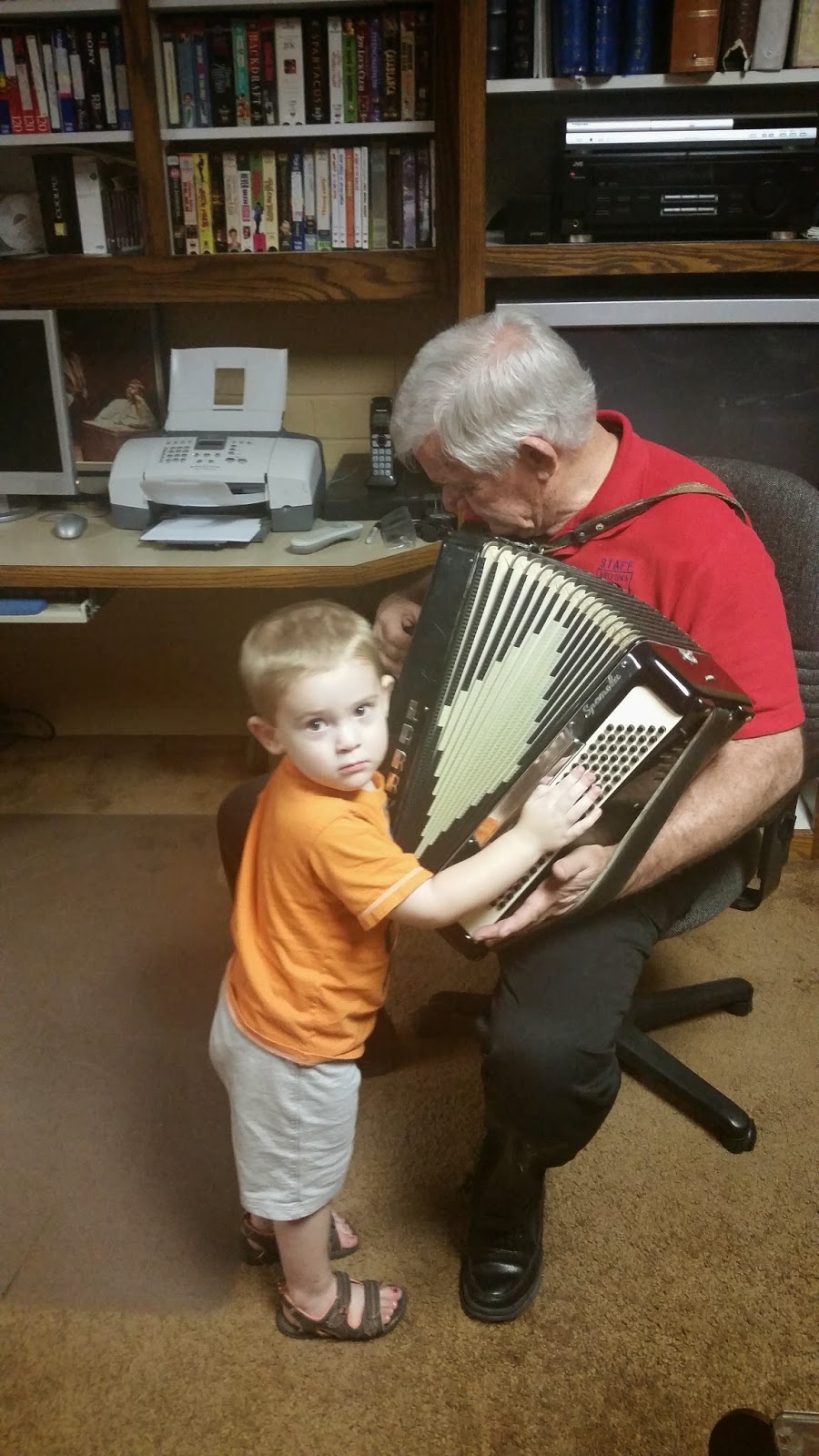 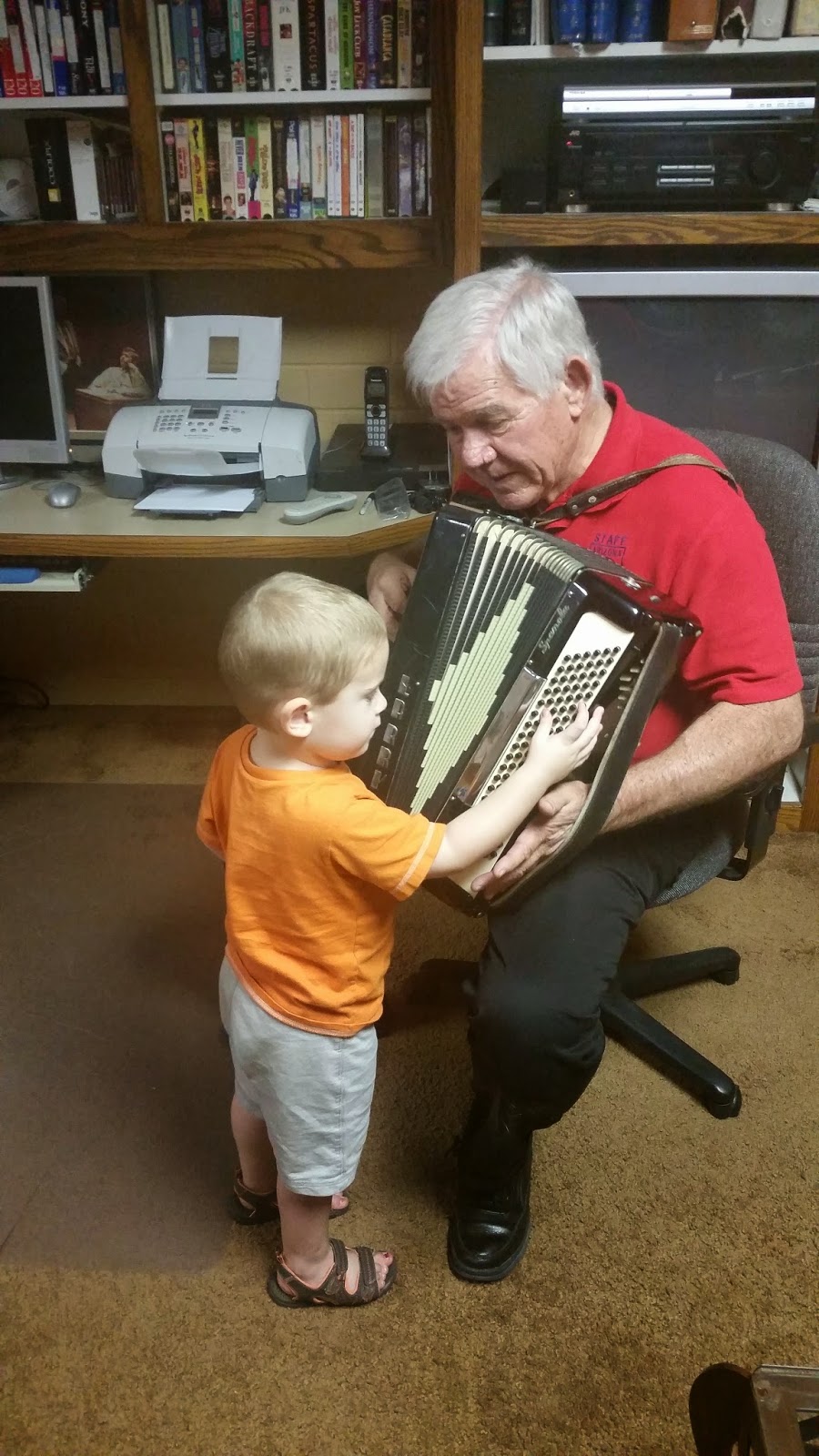 He had originally planned to sleep ON Gramme. 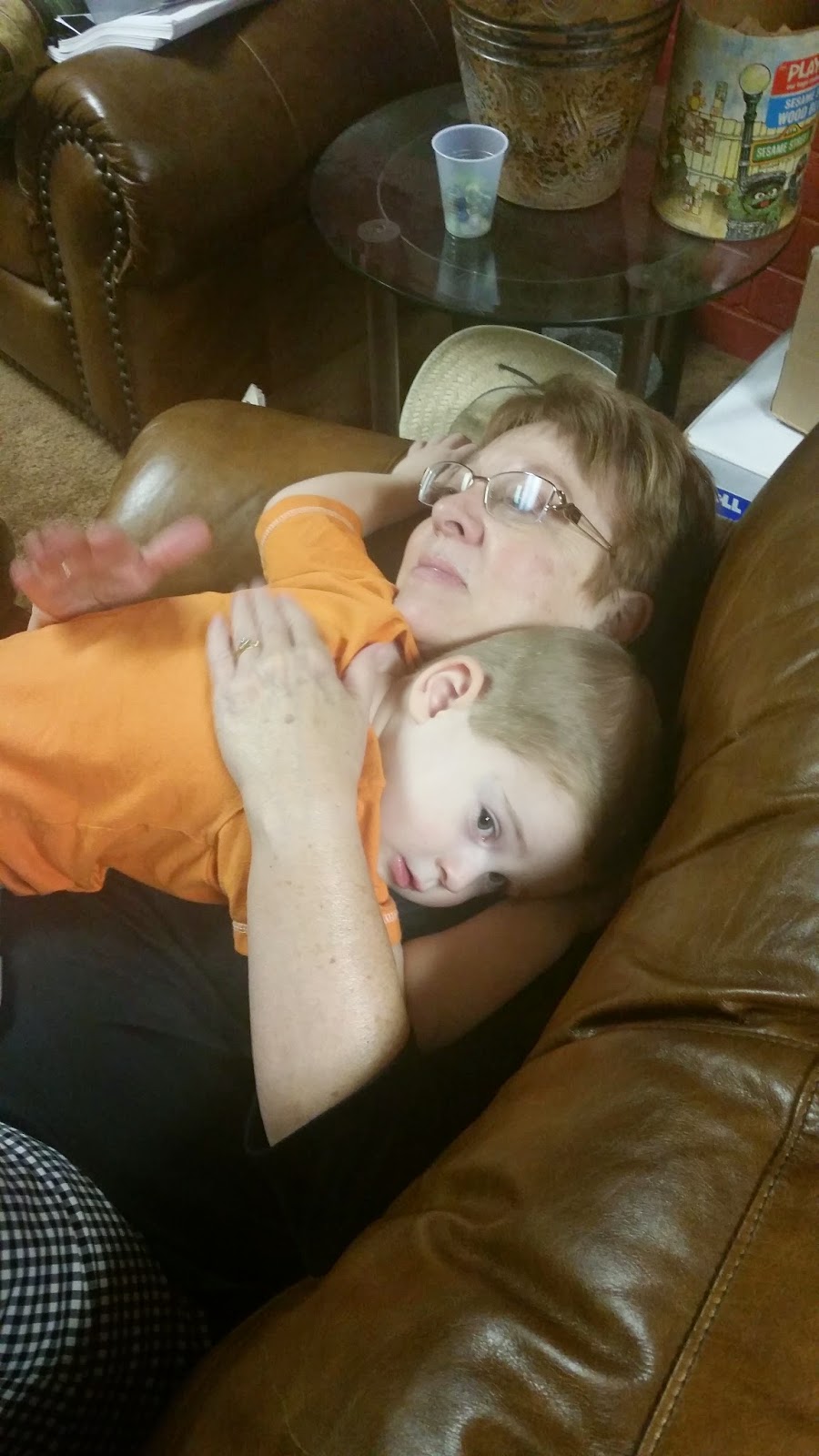 Then they tried out NEXT TO Gramme. 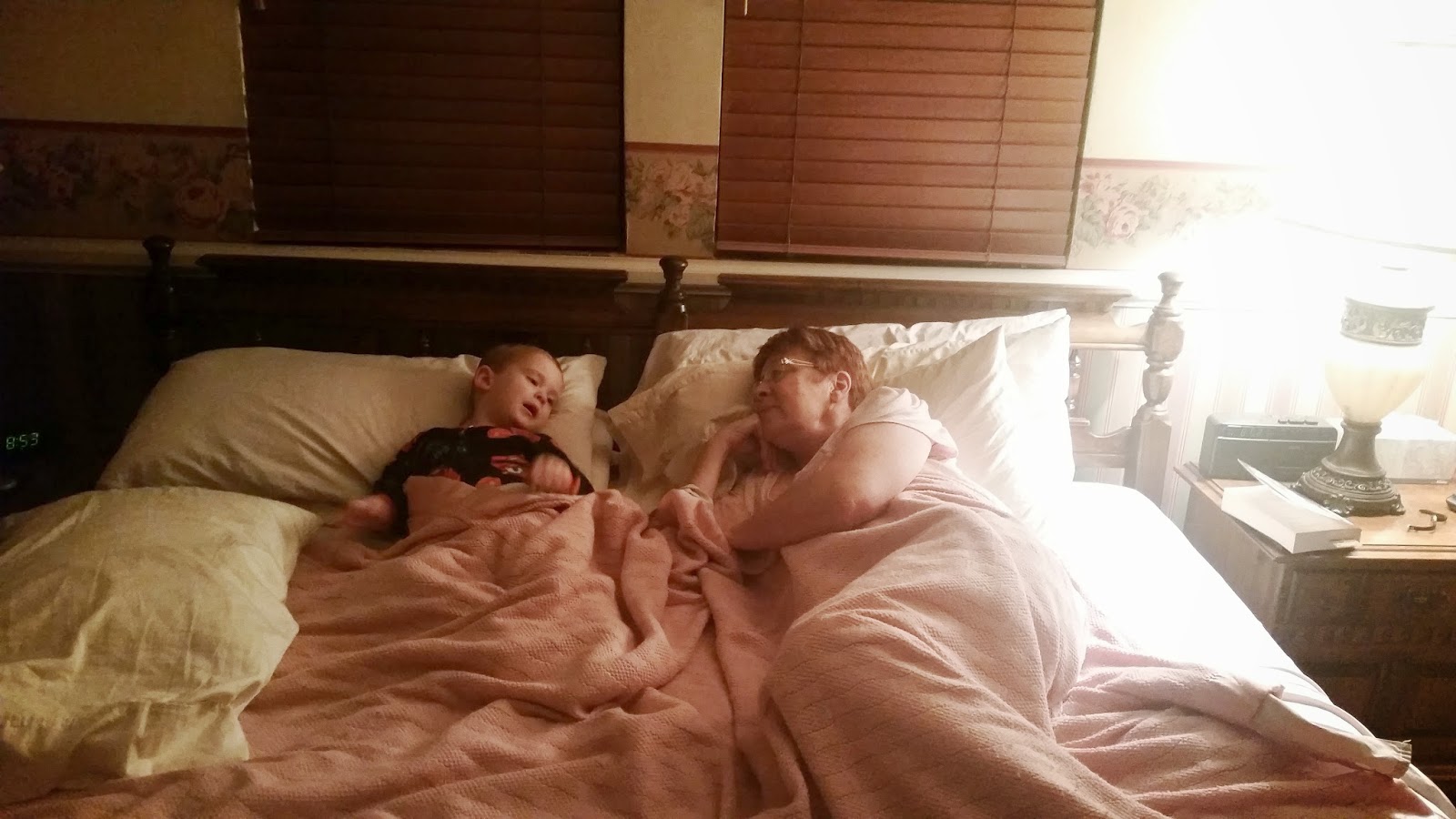 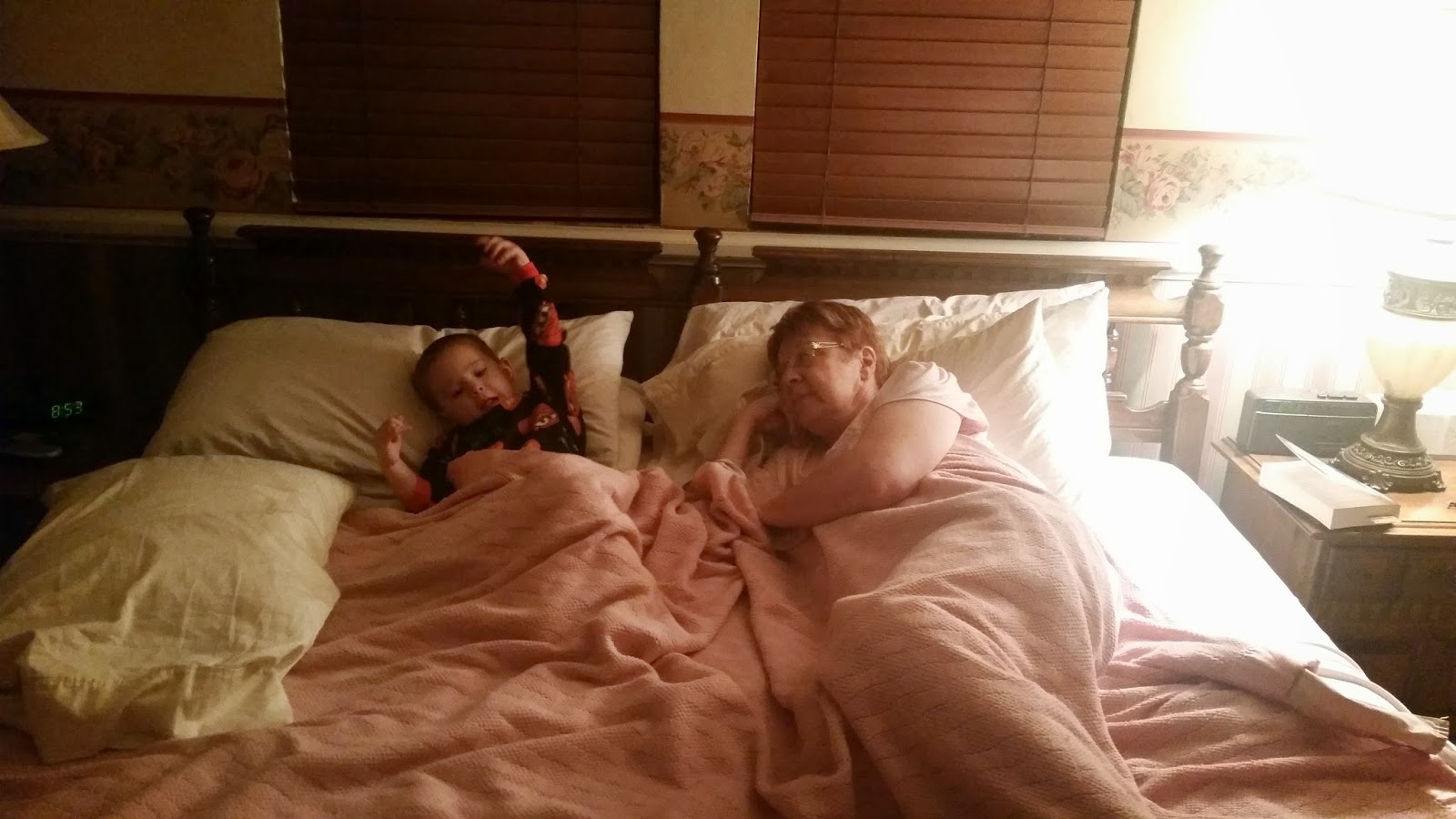 But in the end he slept in his own bed.

On Saturday we did some Christmas shopping, which sounds insane, but I was buying stuff for my parents to take to Florida.  Then Michael and I went to a dine in movie theater that night.  It was pretty fantastic.  We saw Interstellar and had drinks, appetizers, dinner and dessert during the show.  I don't think I can go back to a regular movie theater now. 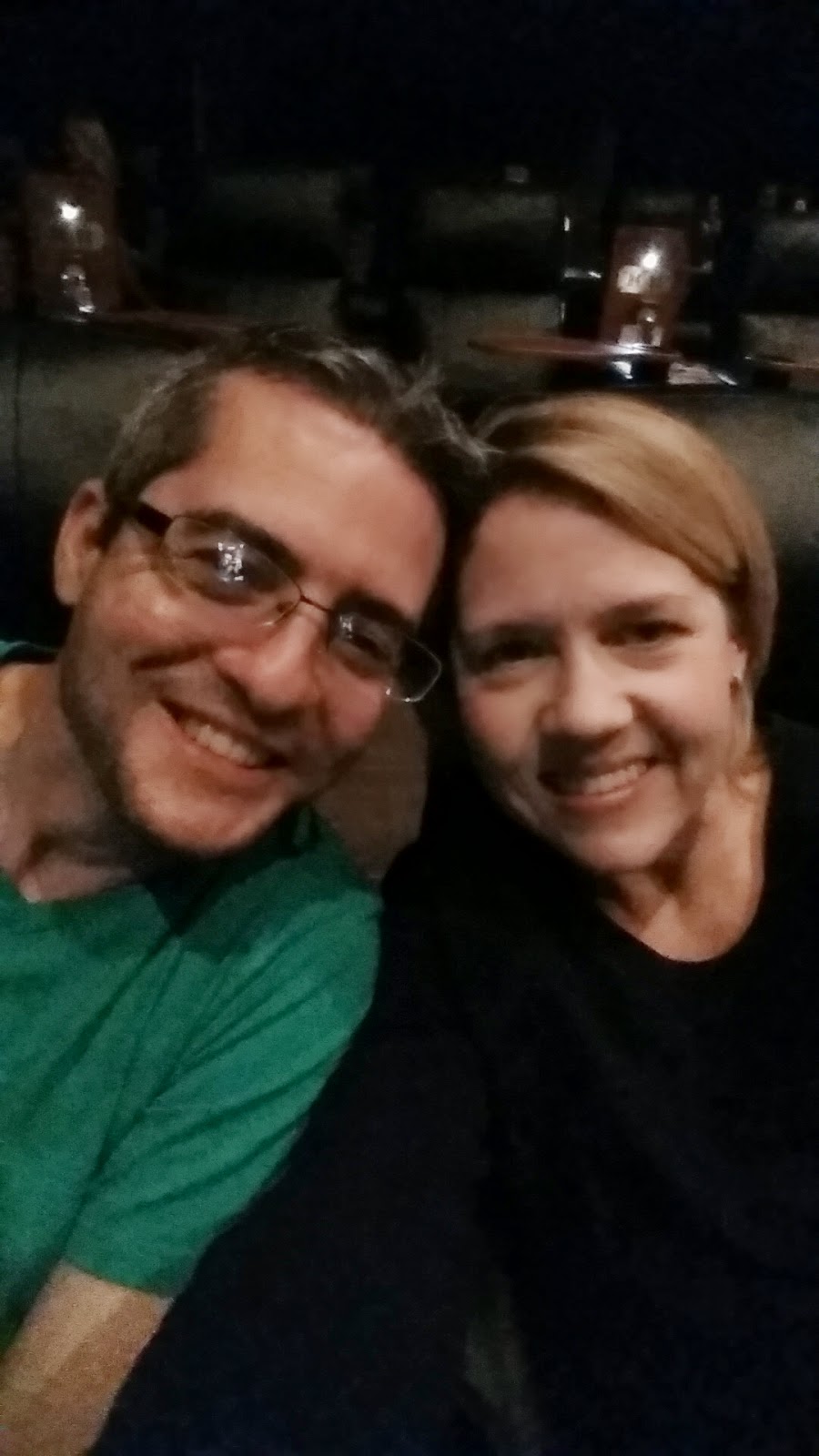 After the movie we stopped at my brother Nick's house.  He lives about a mile from the theater.  He had some friends over and we ended up staying until 2:30 am.  This is what Nick looked like by the time we left. 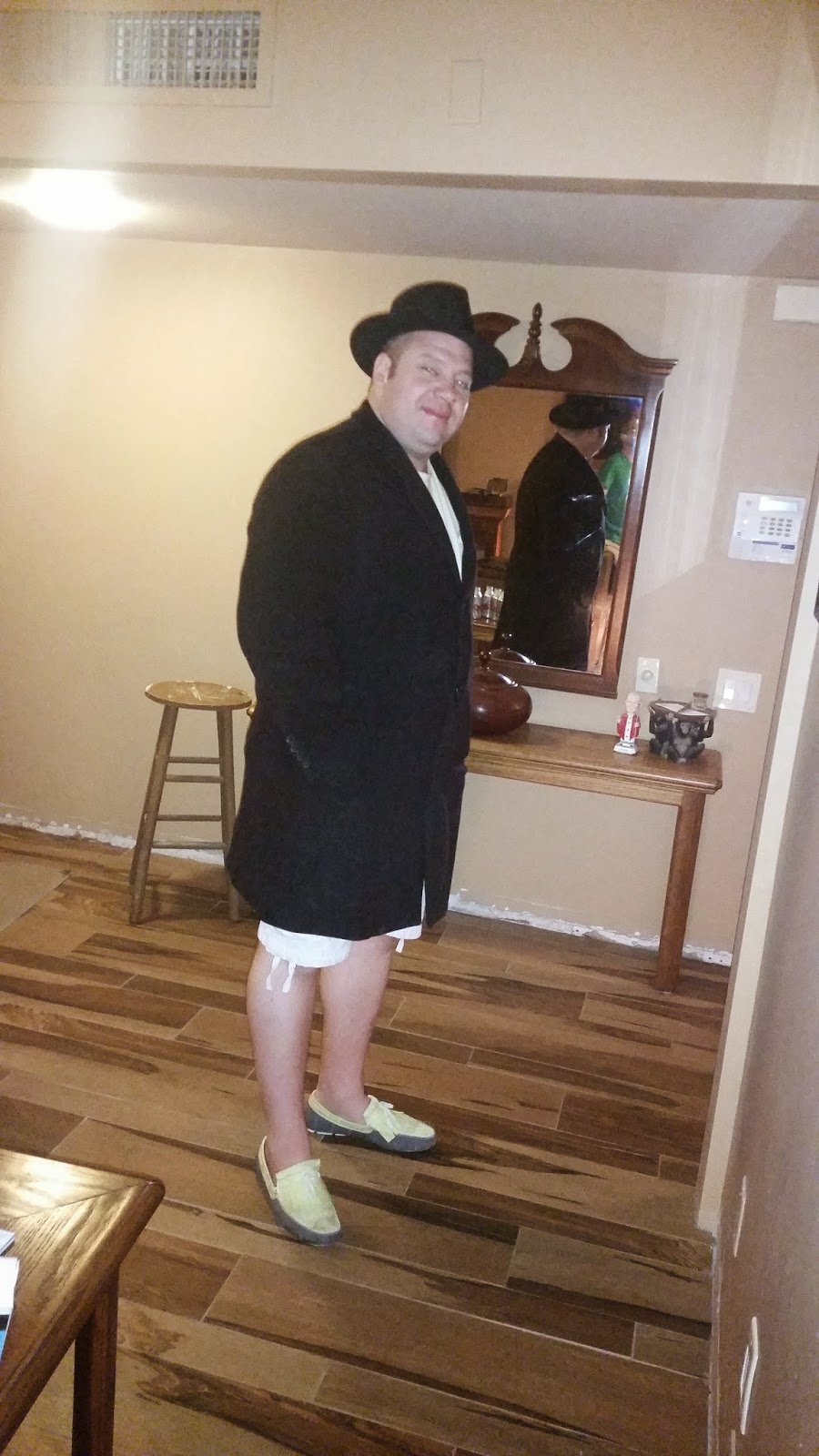 I thought the fireplace looked nice. 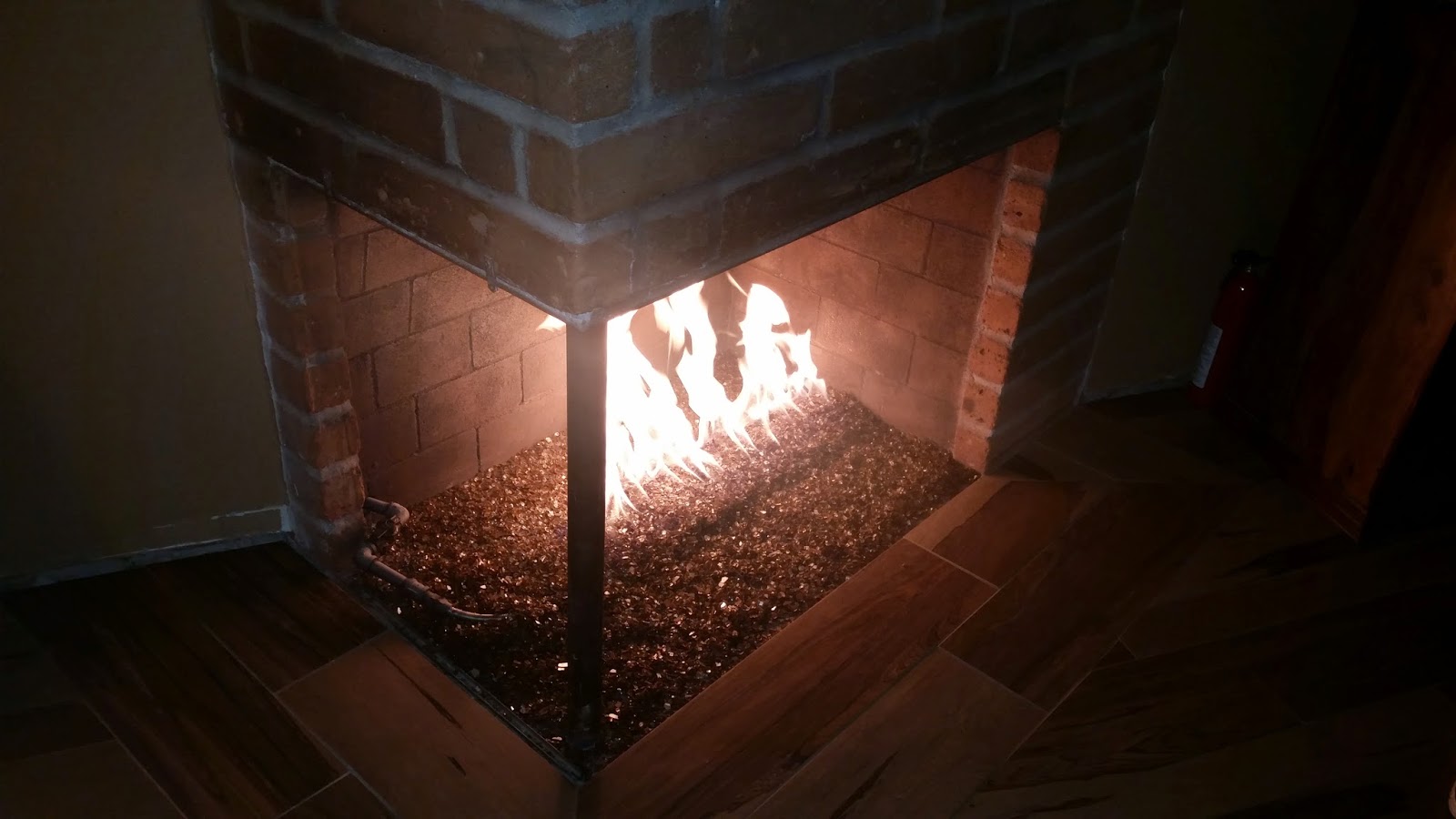 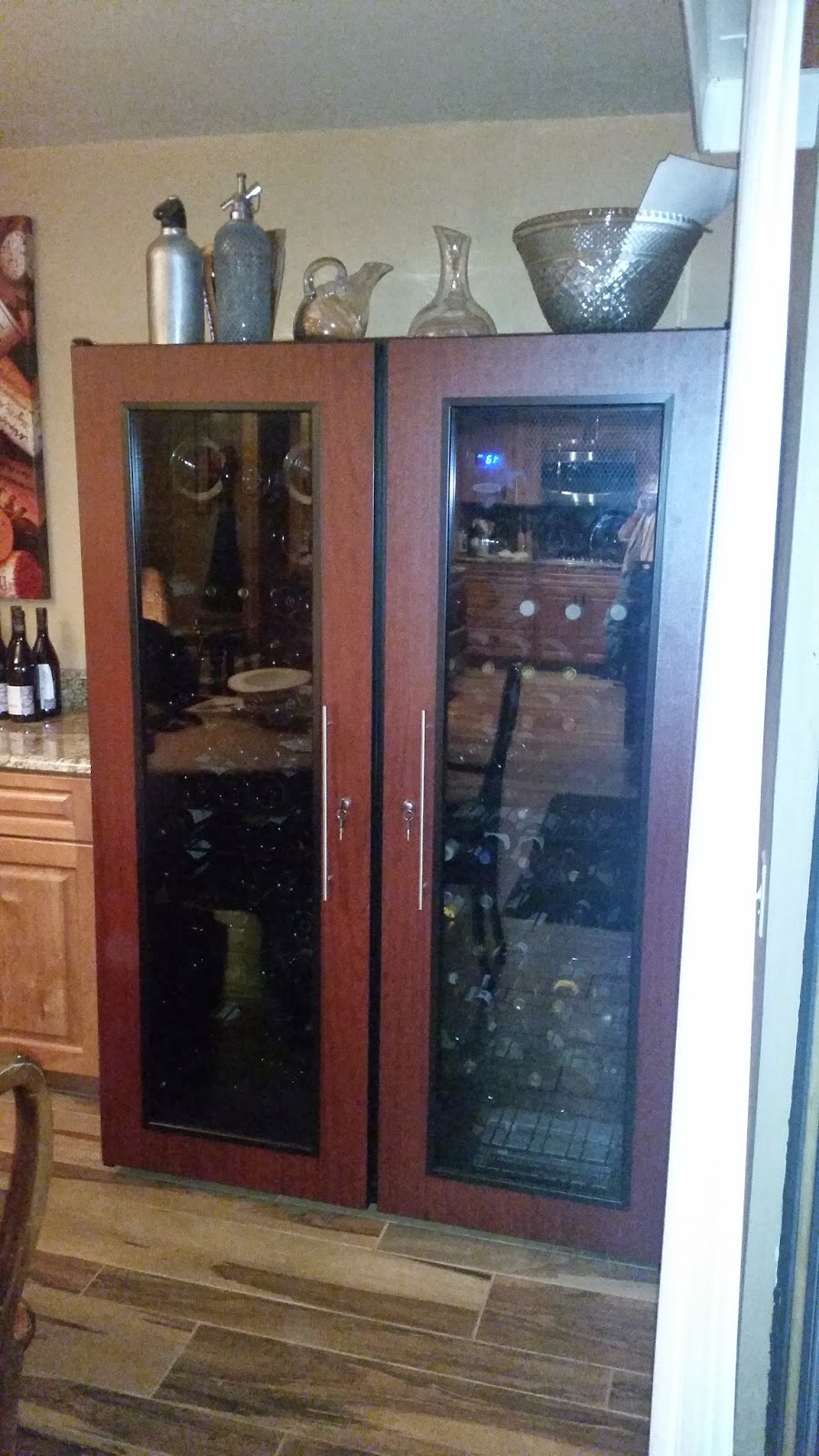 Well, I was just going to blog about the weekend, but that wasn't much, so I'll just power through our boring week too.

Spencer FINALLY got his school pictures back on Monday. They took them in mid-August and we ordered them at the end of September.  He insisted that we order the earth background.  If you look closely you will notice he is standing on the surface of the moon. 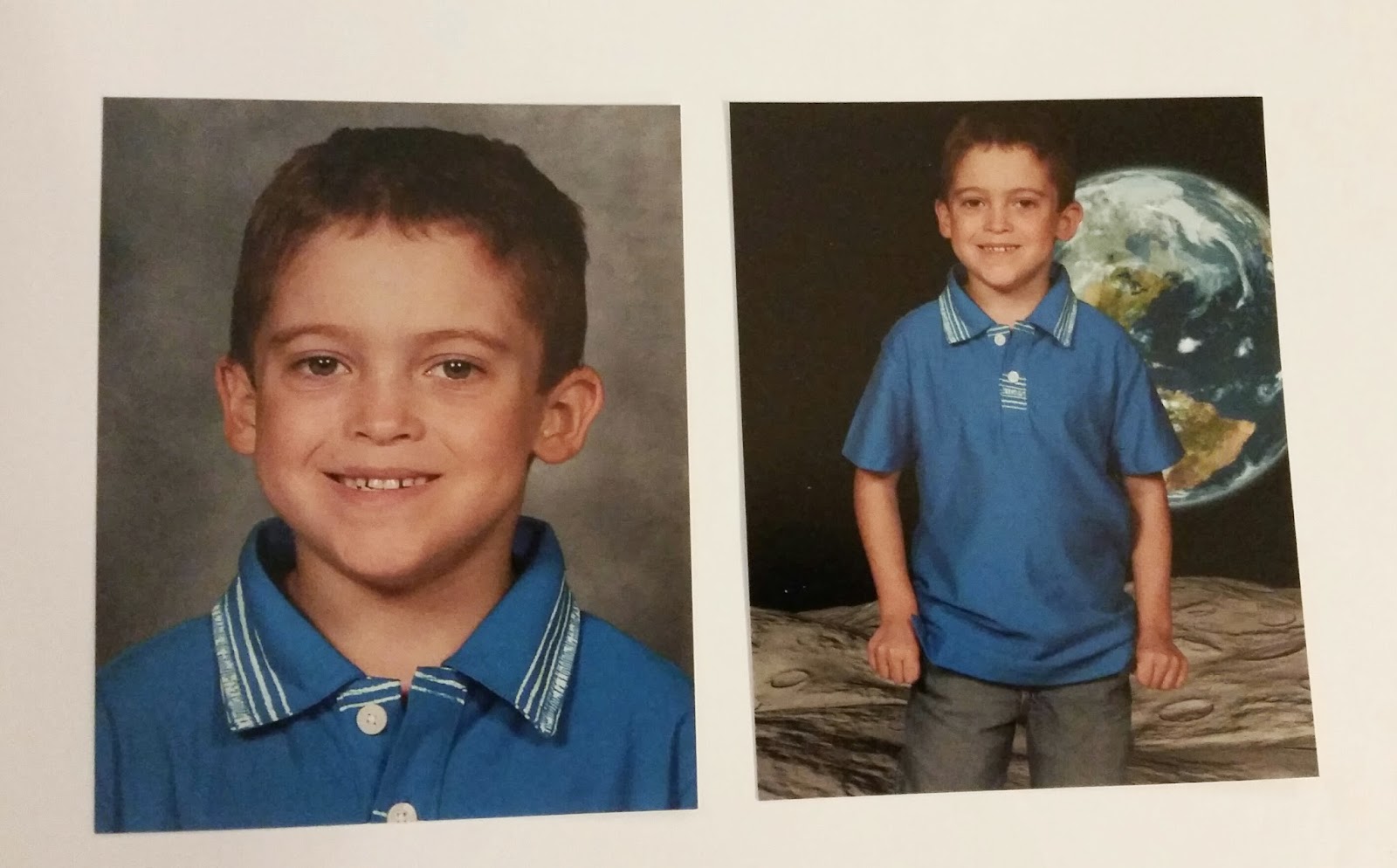 We hung the new frames in the hallway on the gallery wall.  Elliott's first school picture will be added in 3 years.  I'm looking forward to adding his 3 year old picture next month though. 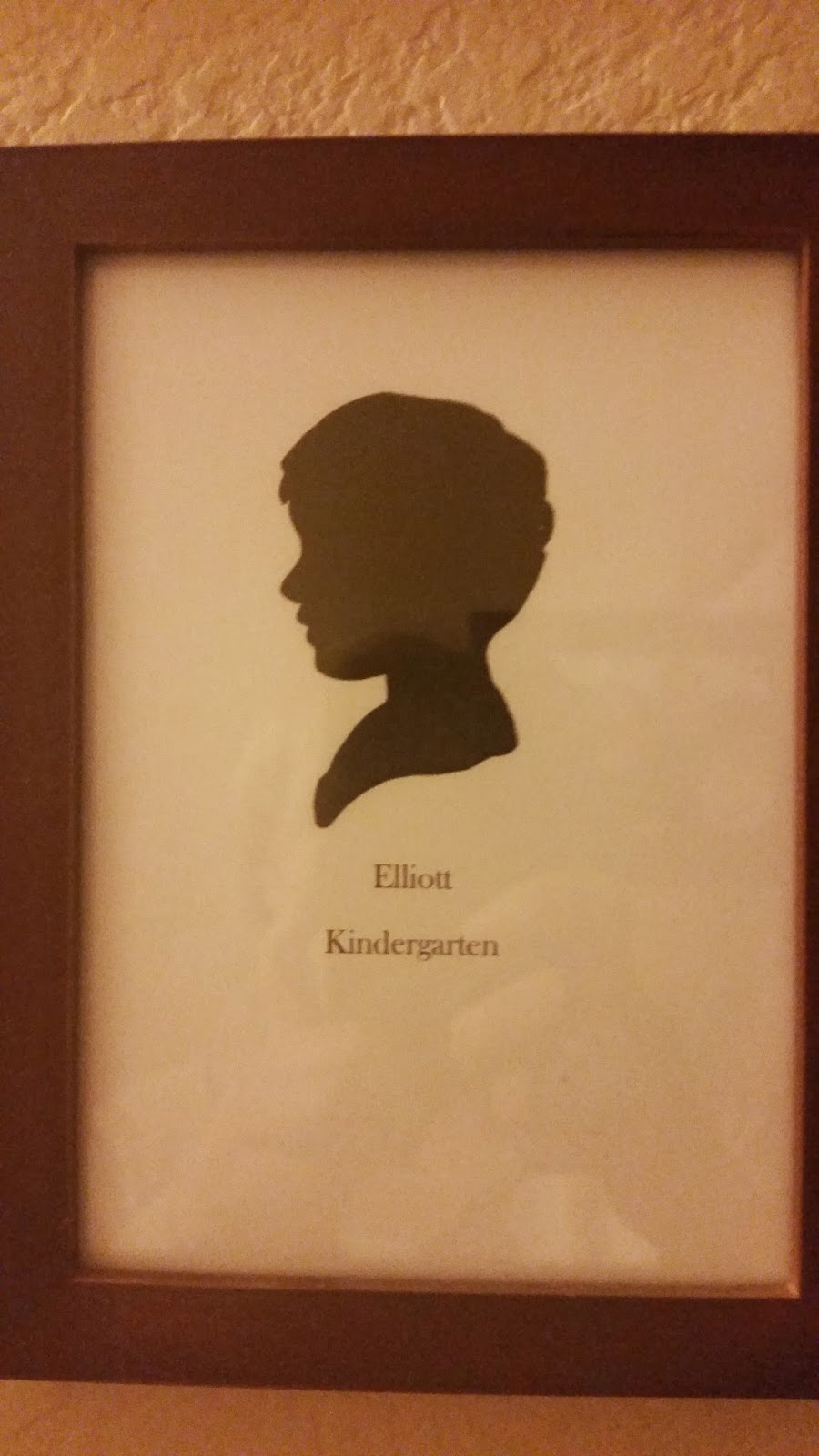 We had a fun dinner party with Lauren, John and Maryellen on Tuesday.  Everybody (except John) was off from work that day and I kind of like spontaneous entertaining.  I took this picture, 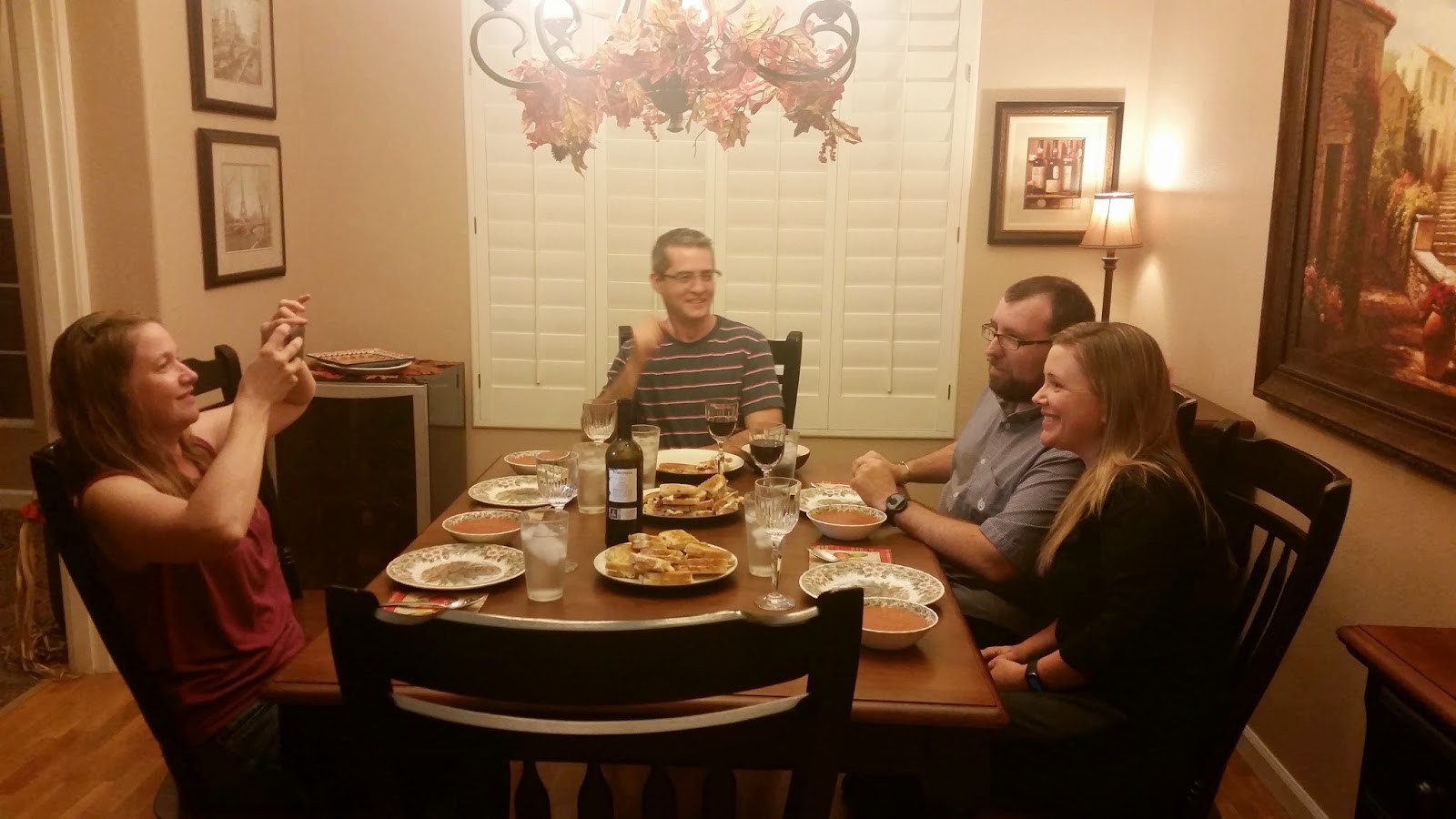 of this picture being taken. 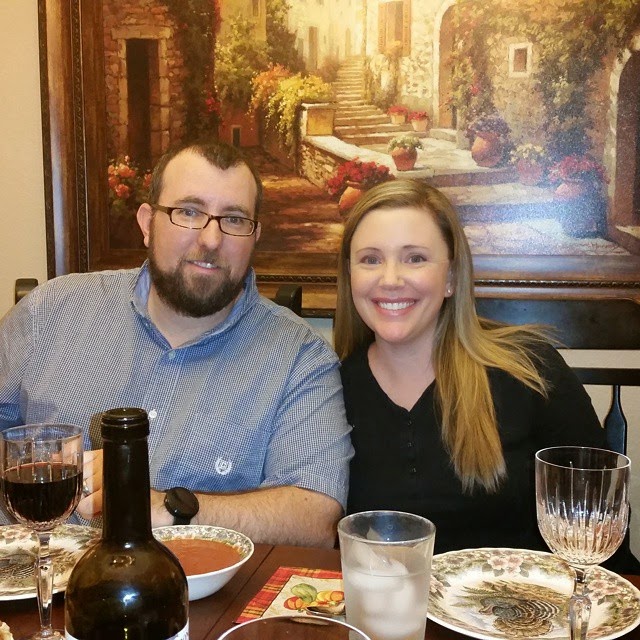 Spencer took these pictures.  It took a few attempts. 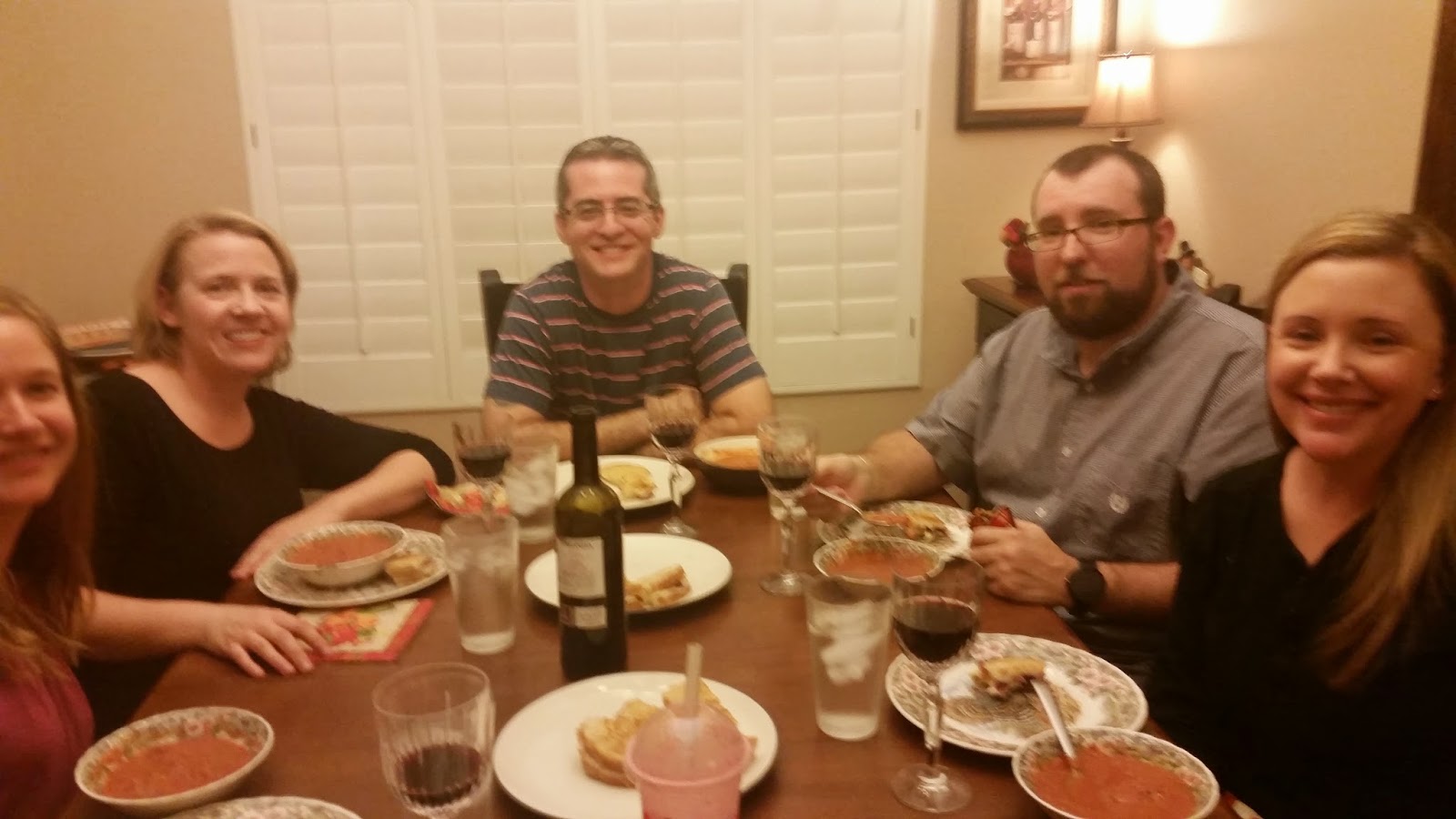 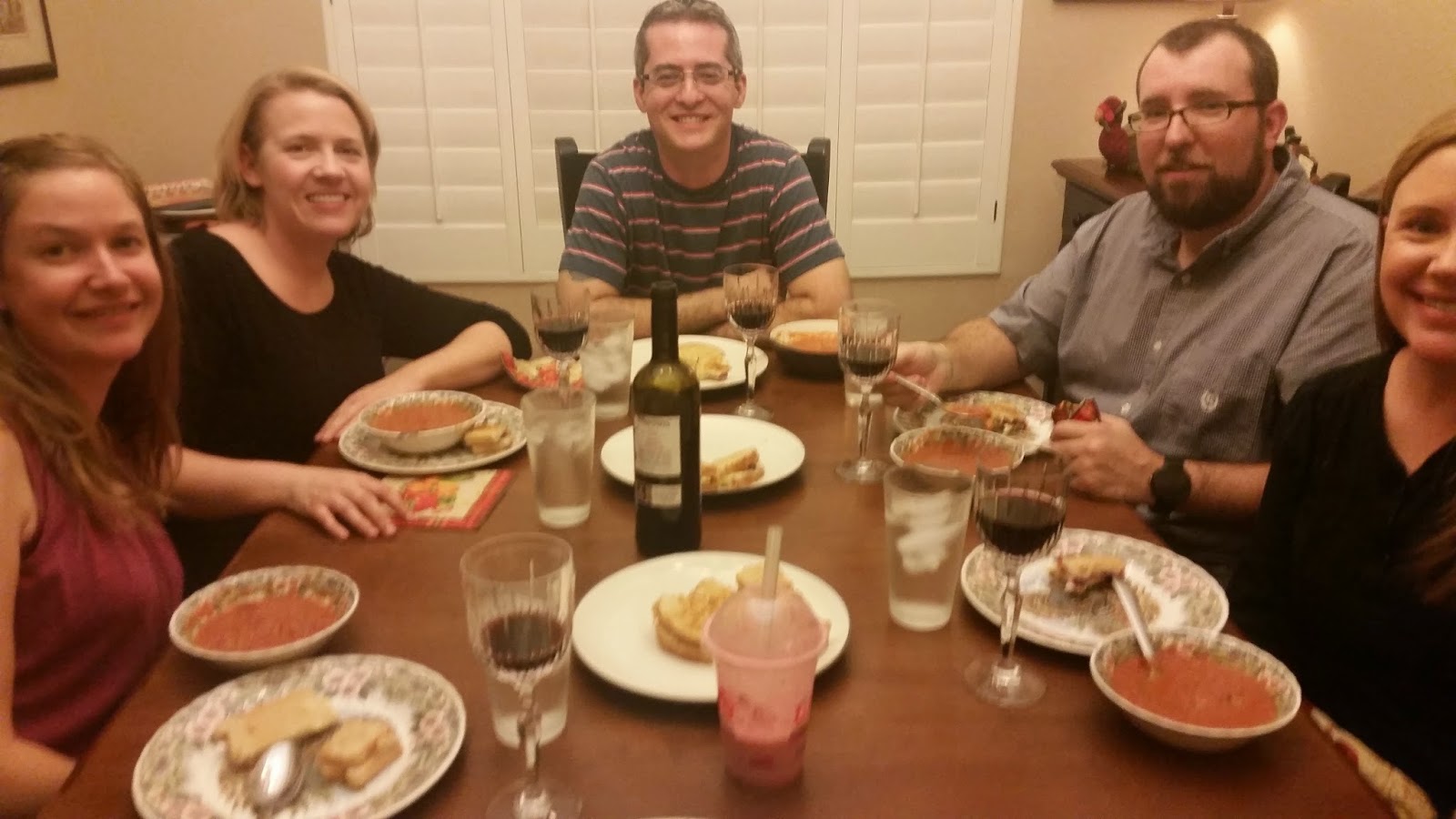 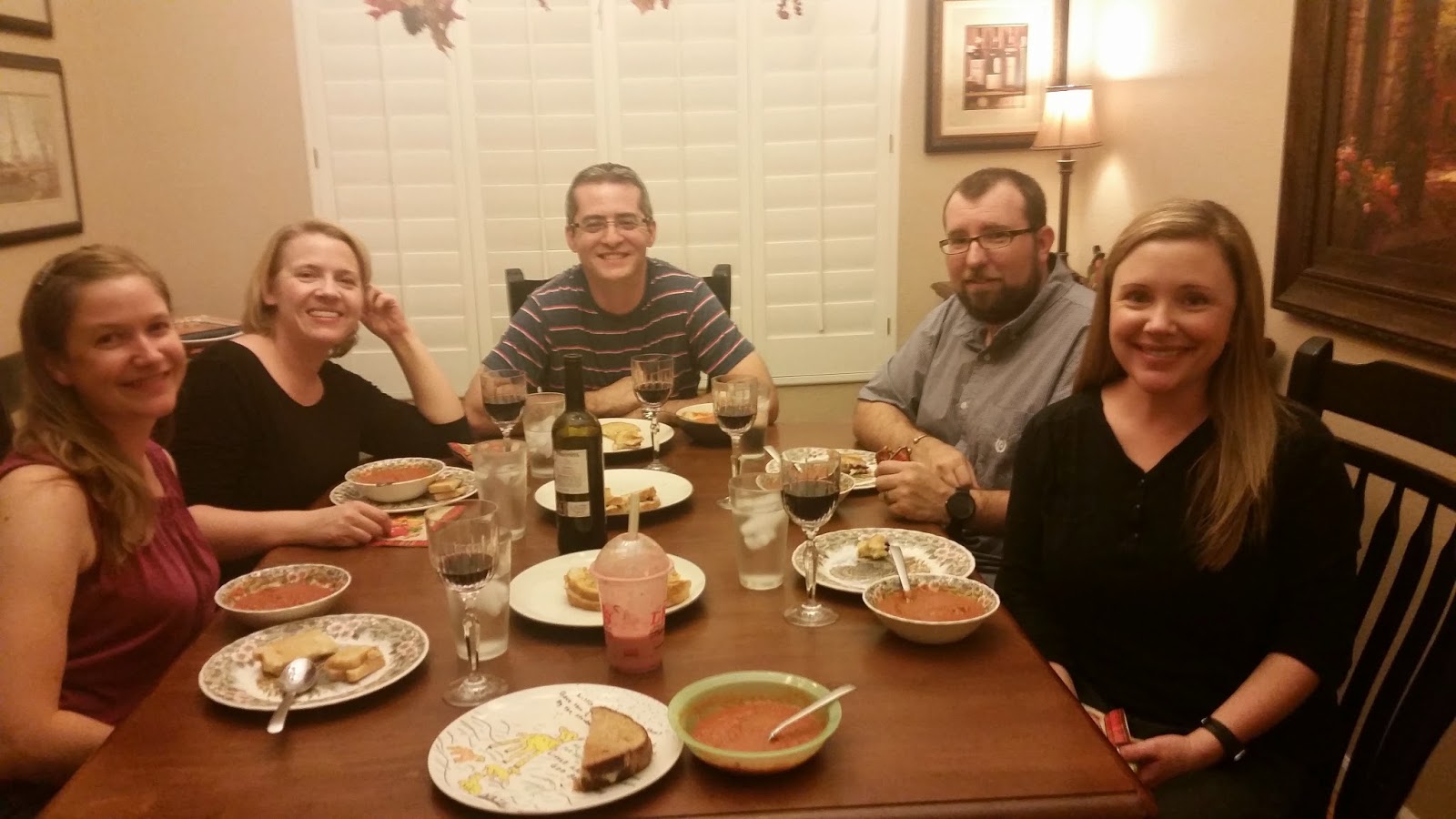 I told Elliott to smile. 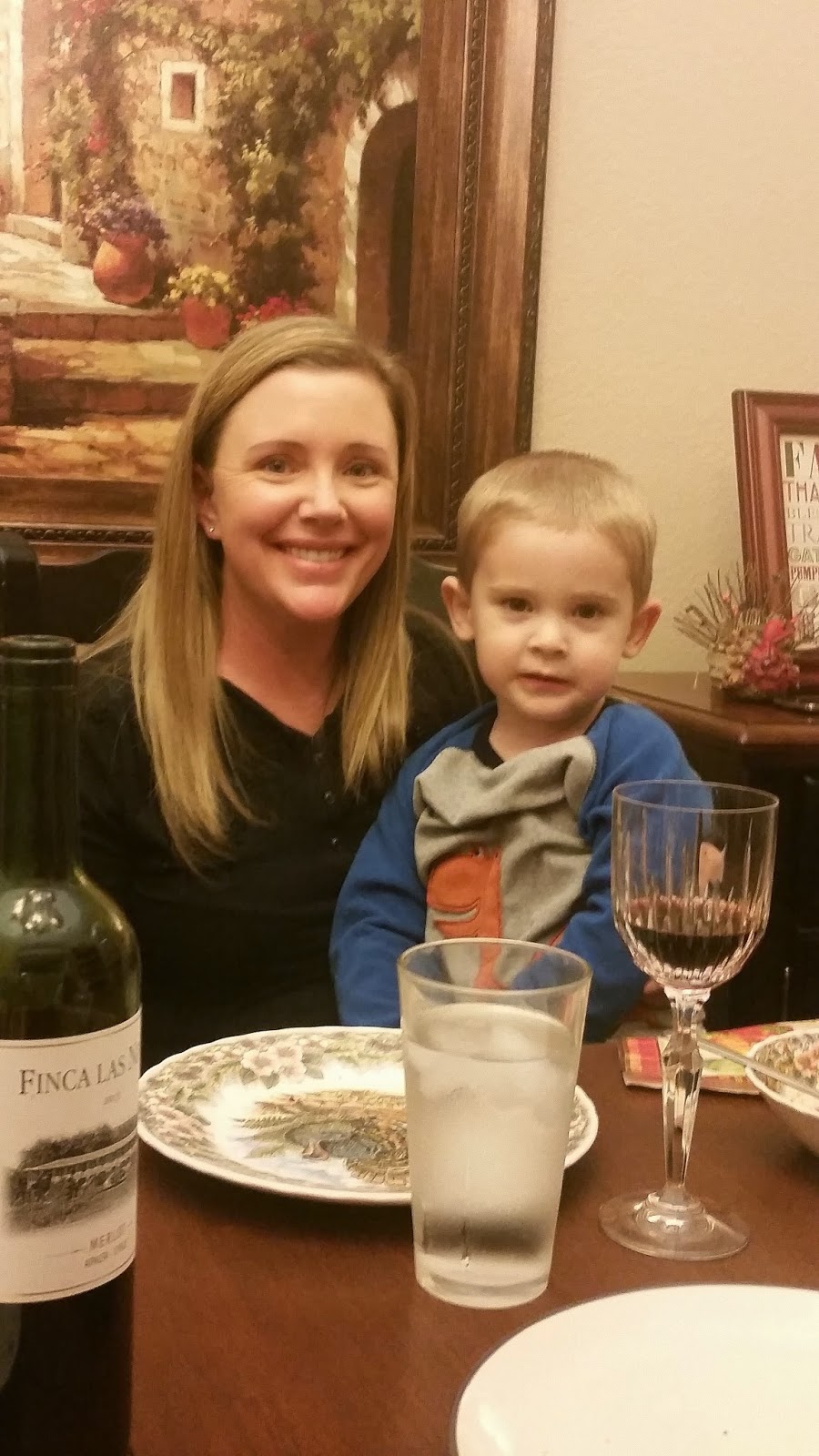 This cheeseball is what he gave me. 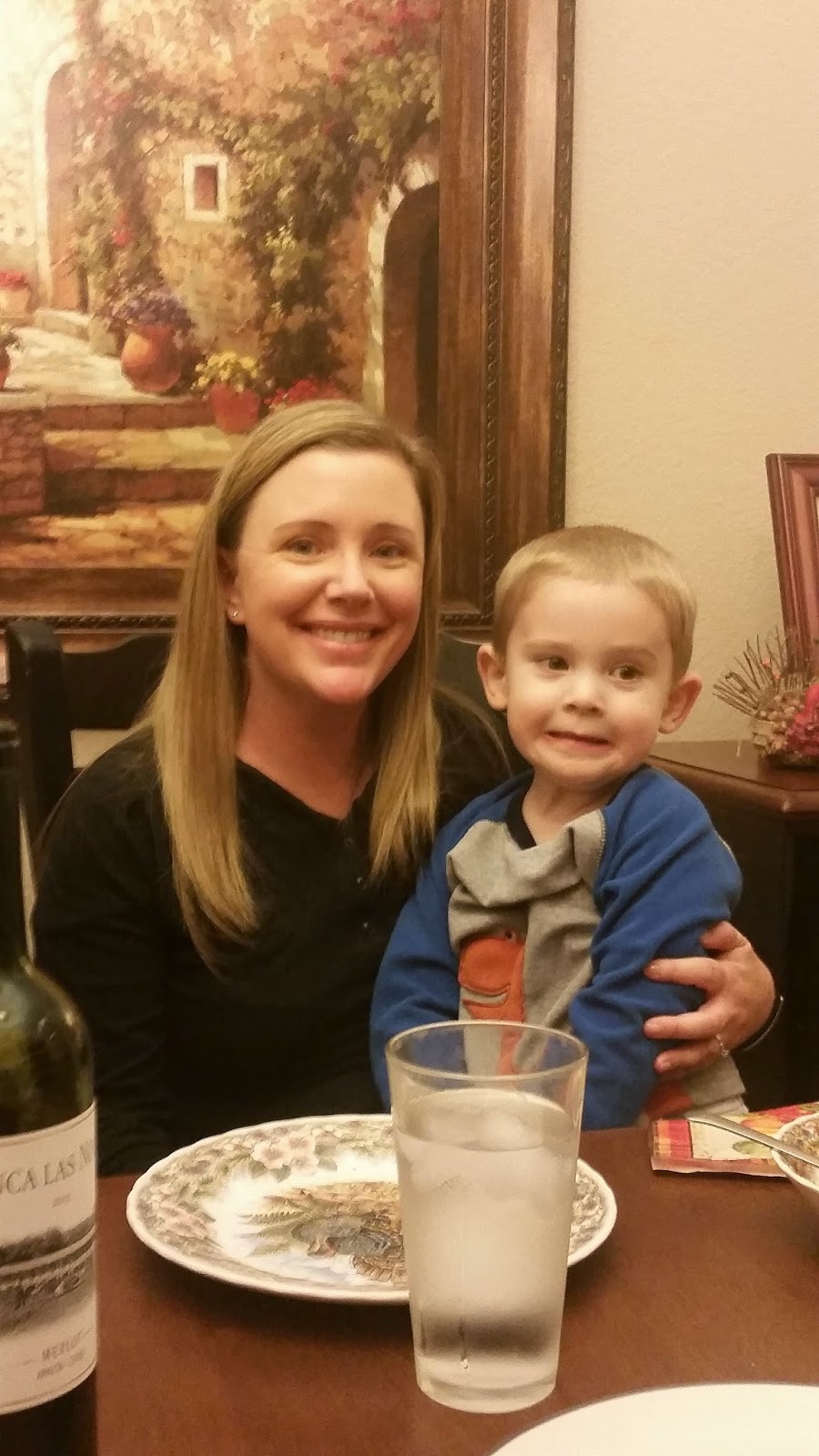 Maryellen was making a comment about how our furniture looks so different without sheets covering it.  We told her that we didn't need the sheets anymore because Ginger seems to be too old to jump up anymore.  Then, right after they left, she jumped up on the couch for the first time in more than a month.  And has now done it regularly for 2 days. She's probably in agony every time she does it but just needed to prove us wrong. 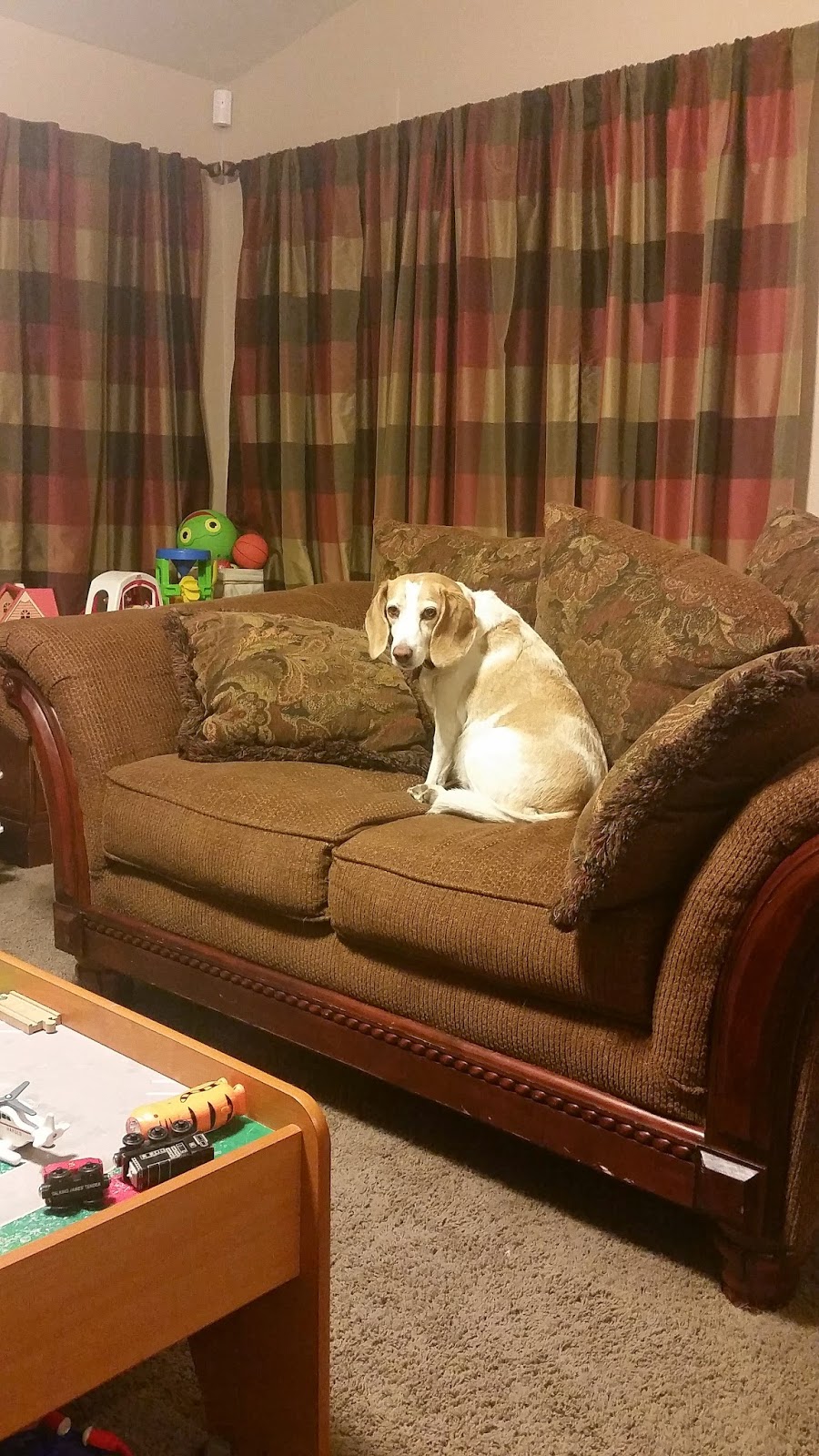 I used the self cleaner on our oven for the first time yesterday.  It worked for an hour and then it just turned off and there was a message on the screen indicating a power failure.  I restarted it and then the same thing happened again.  Looks like I'm going to have to use elbow grease. 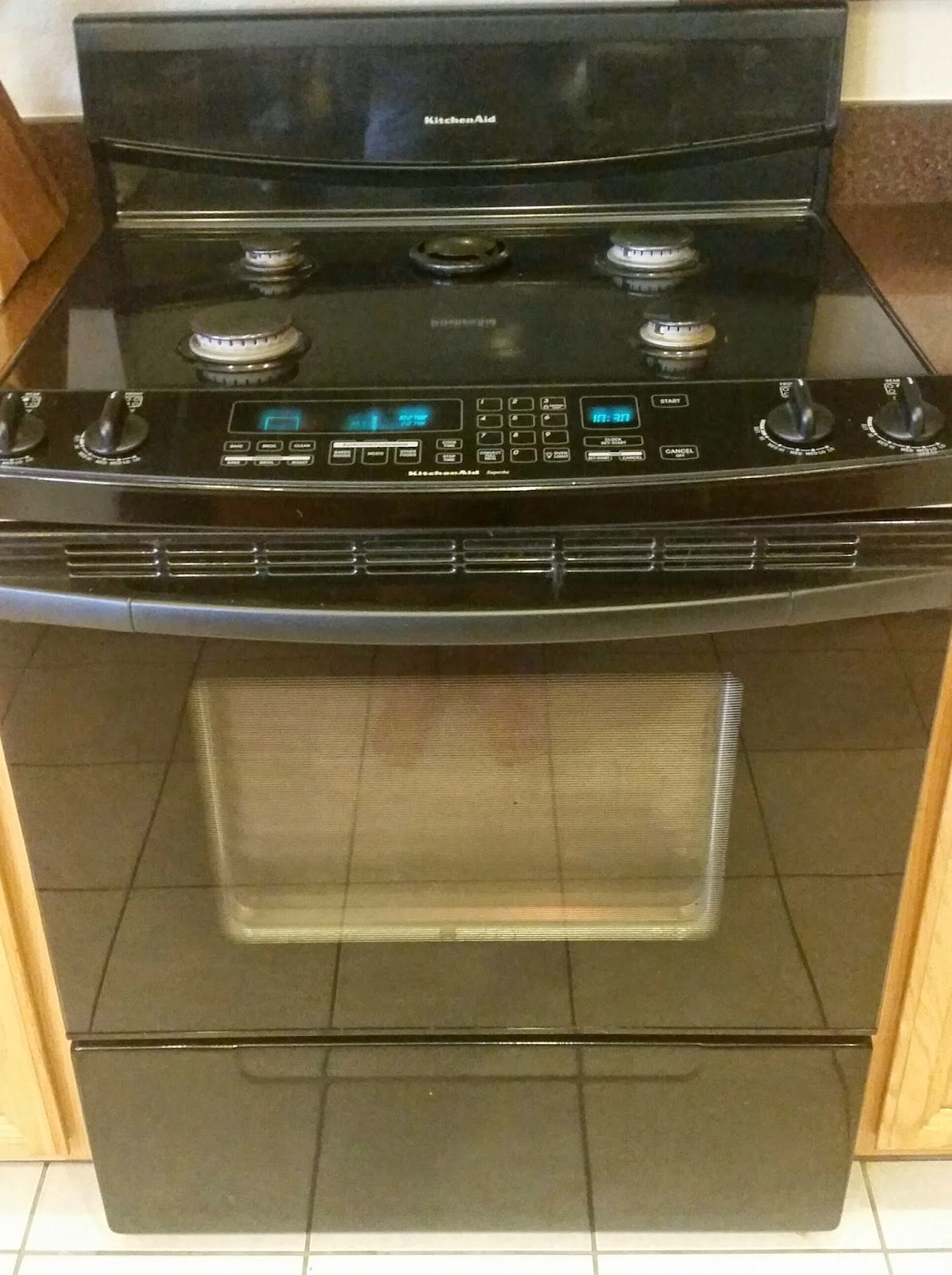 The kids play really, really well with each other after dinner almost every night.  It is the only time of day they seem to not be trying to kill each other. 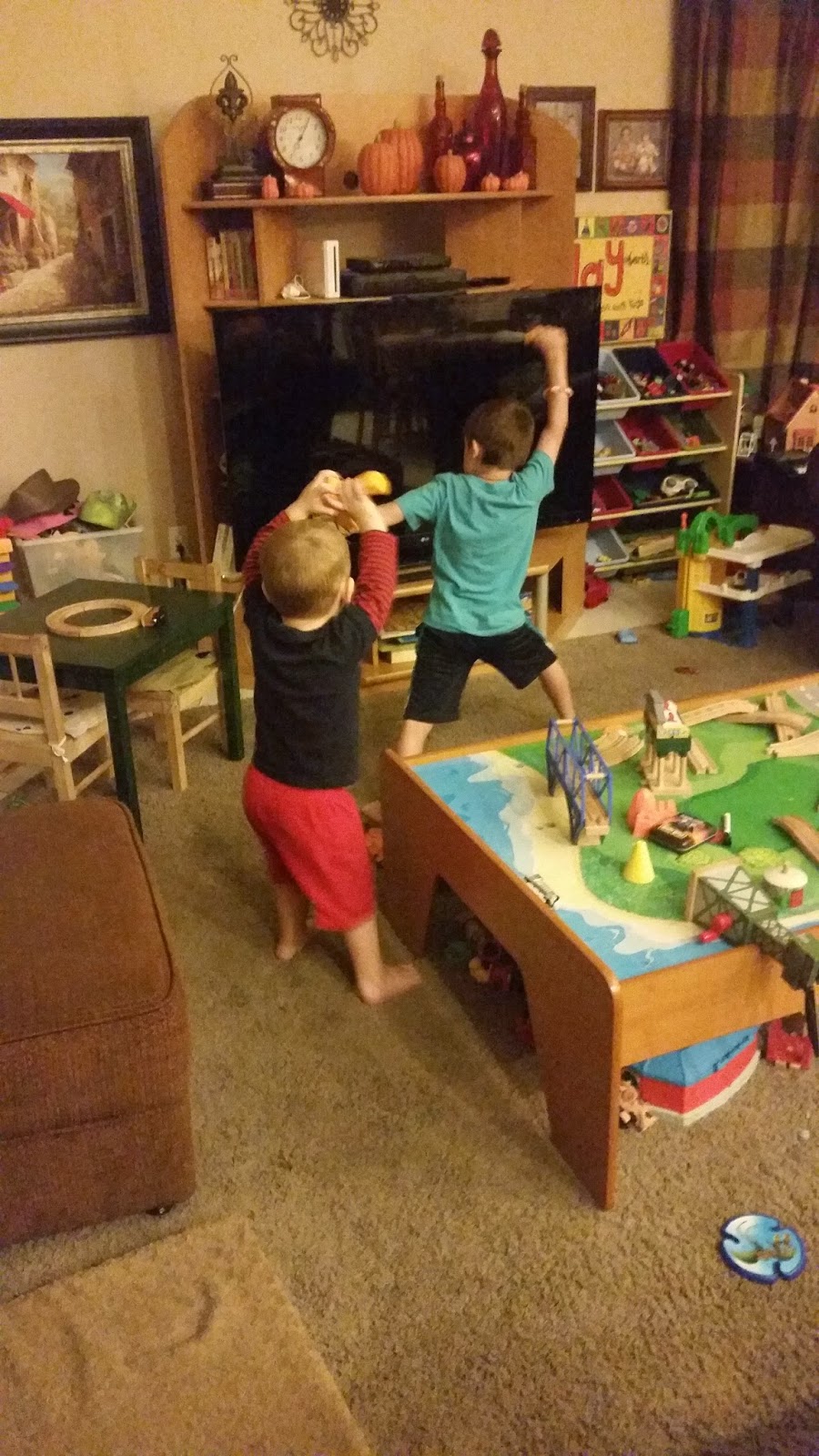 Spencer ate a huge breakfast burrito for dinner tonight.  He ate almost the whole thing too. 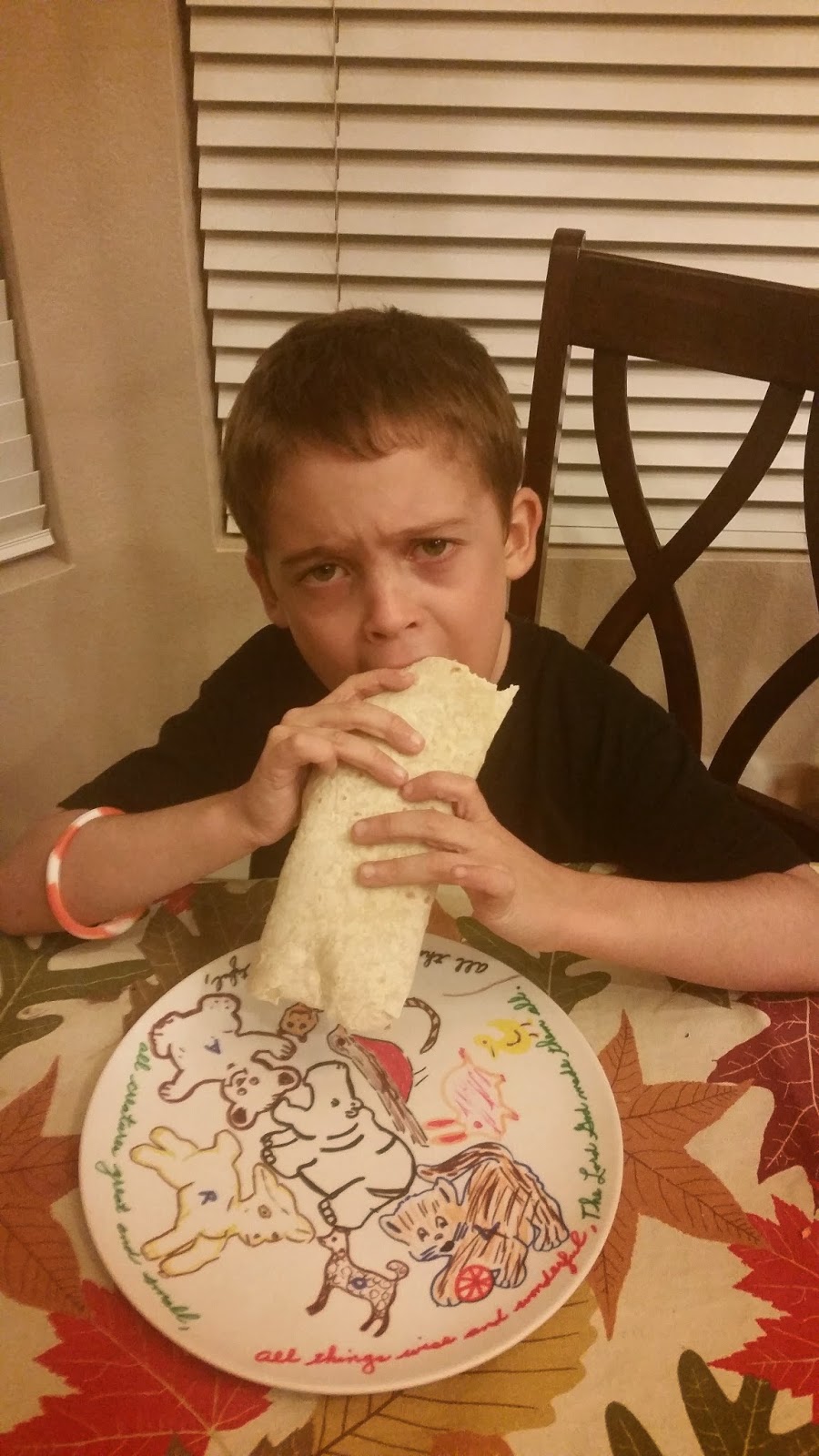 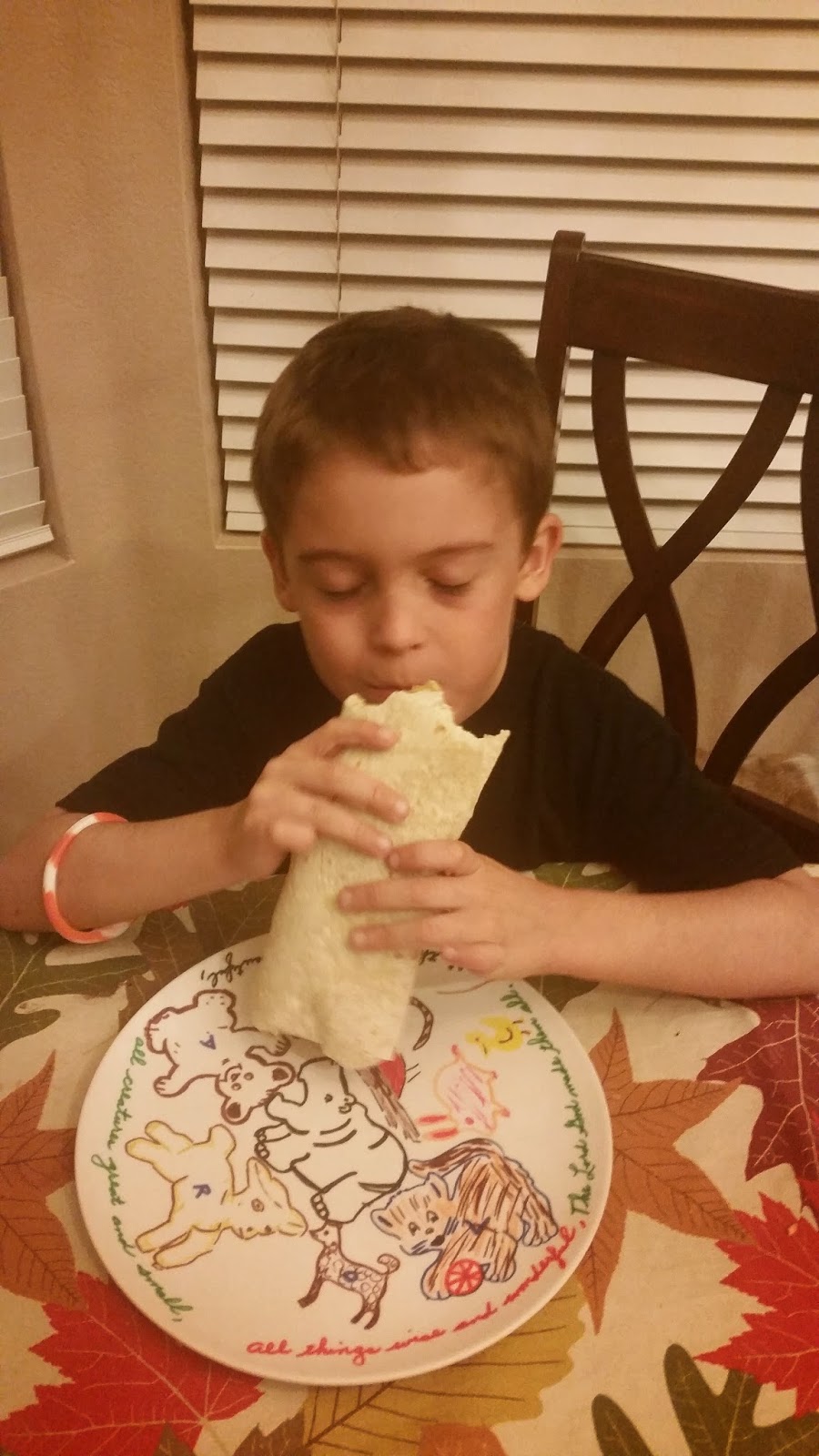 And now, my friends, I am totally caught up.  It's such a good feeling!  This frees me up to blog about Woofstock, which we are attending on Saturday, immediately.

Oooo, I think your haircut is super cute! You look so young! I love dinner theaters although Eddie and I were not impressed by the one here in Charlotte. We used to love the one in the first town we lived in after marriage. It had great food and was very reasonably priced. The one in Charlotte took forever to bring our food so the movie was half over before we were served. Sigh. And yes, that's the picture I was referring to in my last comment about Spencer's increased appetite. Evan's has started really increasing lately too. :-)

Okay, if no one else has said it yet I'll go ahead and do it, Spencer's school picture is out of this world.. bahahahaha.. sigh.

Your hair looks great, btw. I also really like the lovely toning and soft focus that the gremlins always do in your selfies.