A little slow before the GO!

First things first, let me give you an update on the computer.  Then we will get to the awesome title.  Then we will finally spend all of 47 seconds discussing the content of the post itself.

We had a technician from a computer healing company come out last week.  He was here for about 90 minutes and removed a whole bunch (a very technical number) of viruses and spyware.  It cost a bundle and a half.  He was able to tell, somehow, that none of our personal data had been hacked.  So that is good.  After he left, internet explorer was back to normal, but google chrome is still totally infected.  I also couldn't load any pictures into the blog using internet explorer tonight. Additionally my blog and all other blogs look strange- like random words are bold or all caps and you can click on them to open a link when you shouldn't be able to because I didn't add a link.  So, they are coming back tomorrow to do a tune-up.  Hopefully this sad little saga will finally be over.

The title.  Last week was actually pretty boring.  We didn't have much going on until Saturday.  And then our schedules were packed from morning till night.  Which is pretty much how it's going to be from now until the New Year.  I made a detailed December calendar today to keep track of everything.  Good lord.  I'm going to pretty much sleep for the month of January.

Monday was my mom's birthday.  We decided to do a facebook post right when the kids woke up.  First I had to take 450 pictures to get one good enough to share. 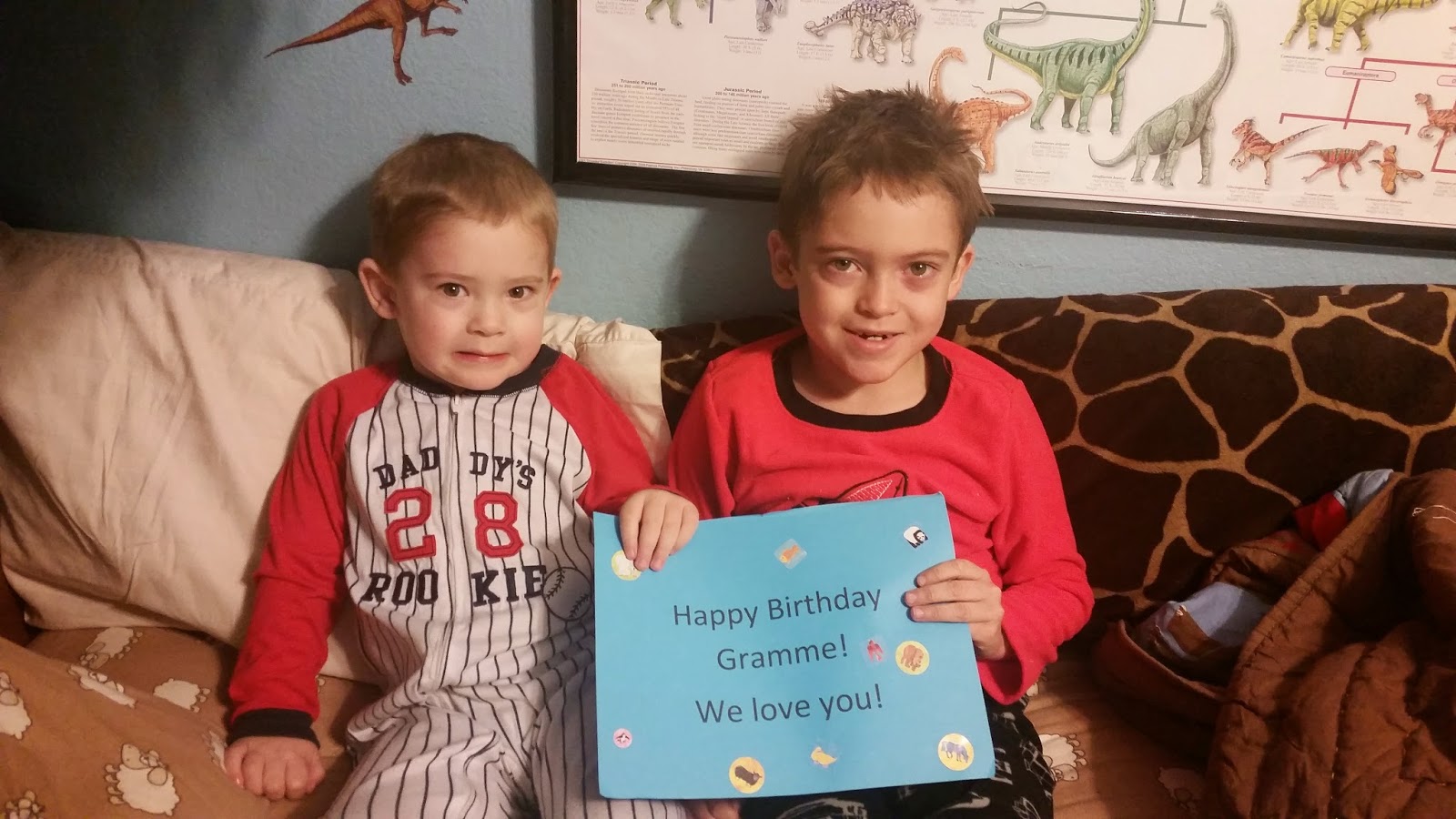 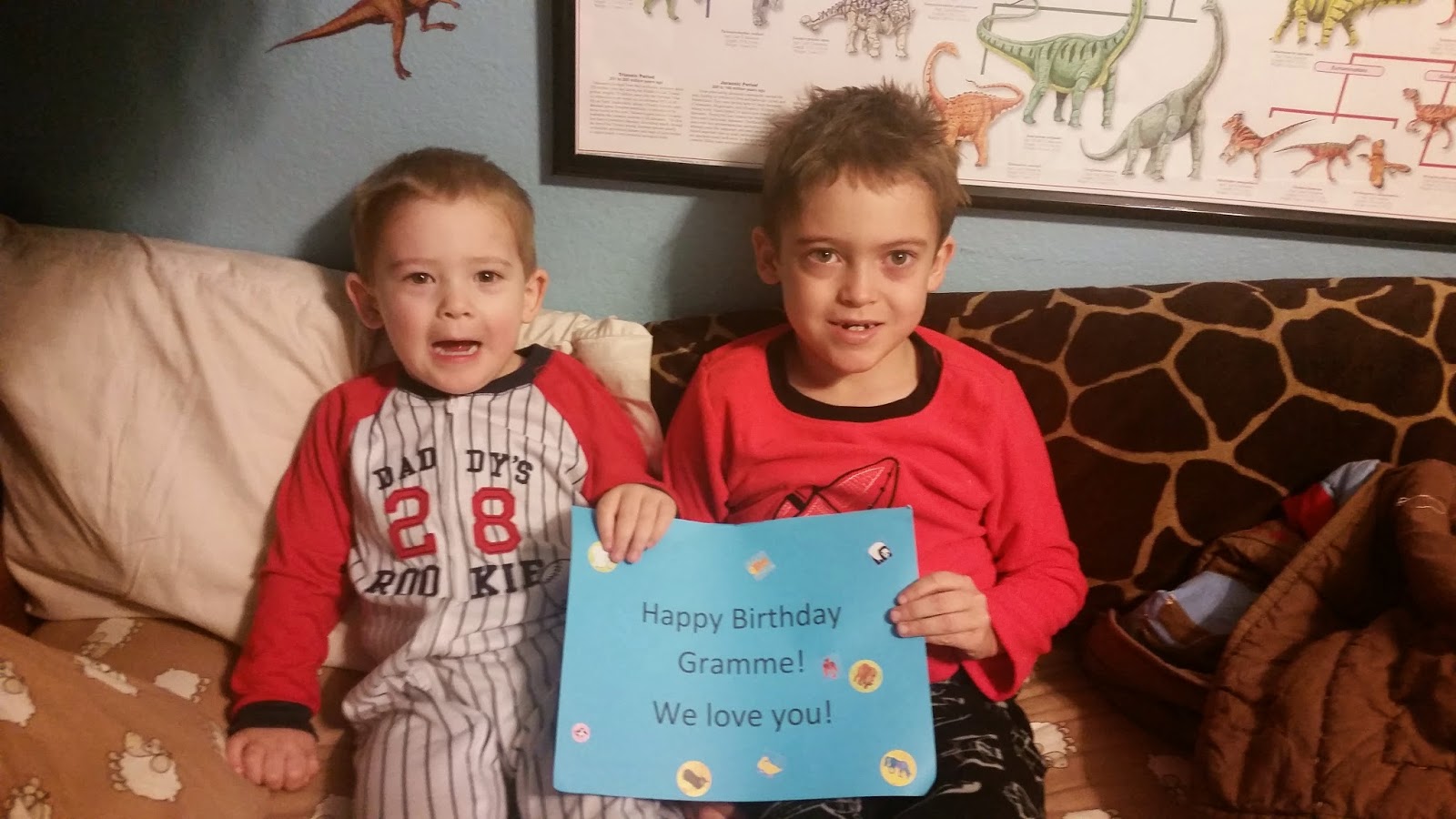 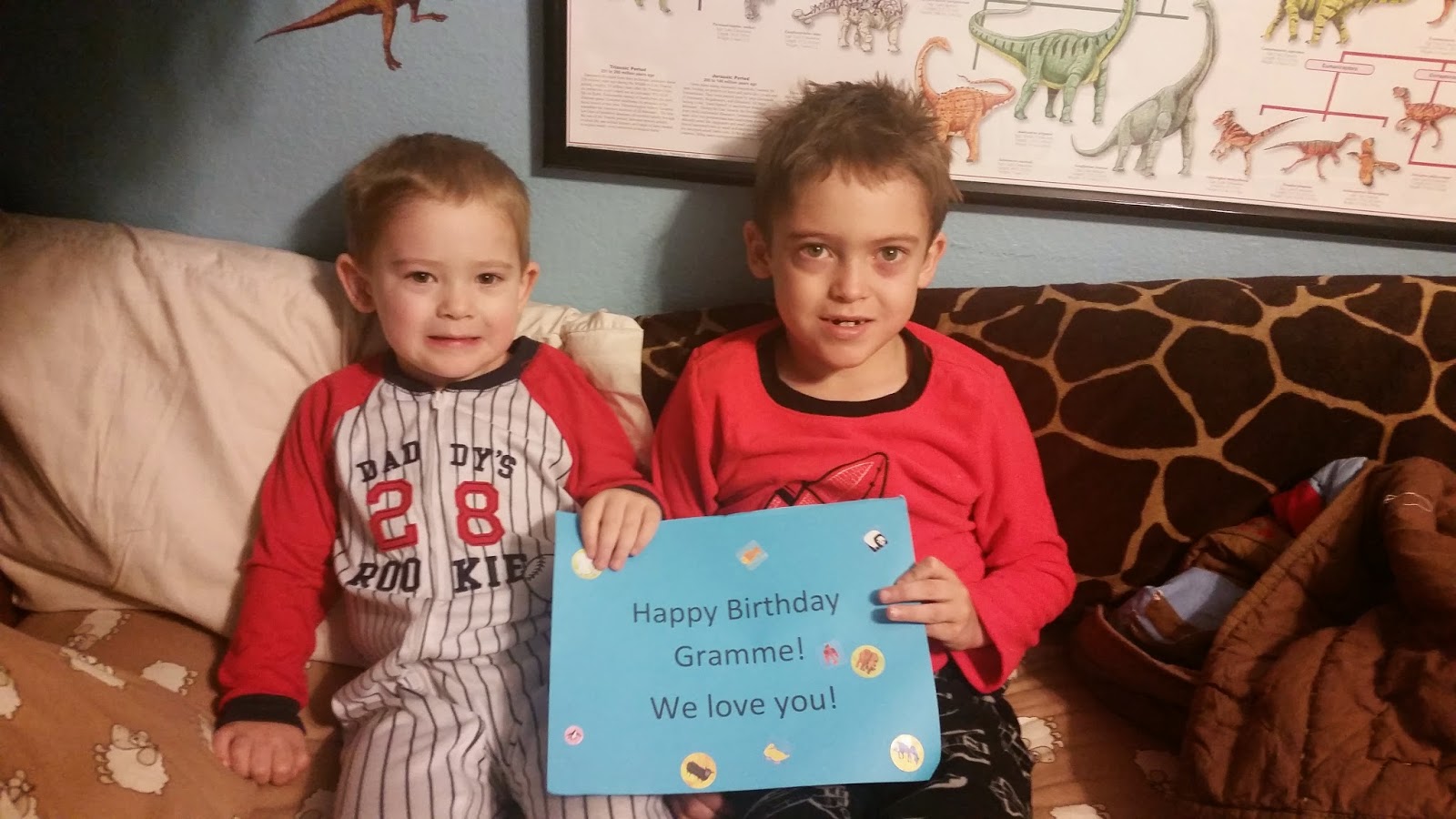 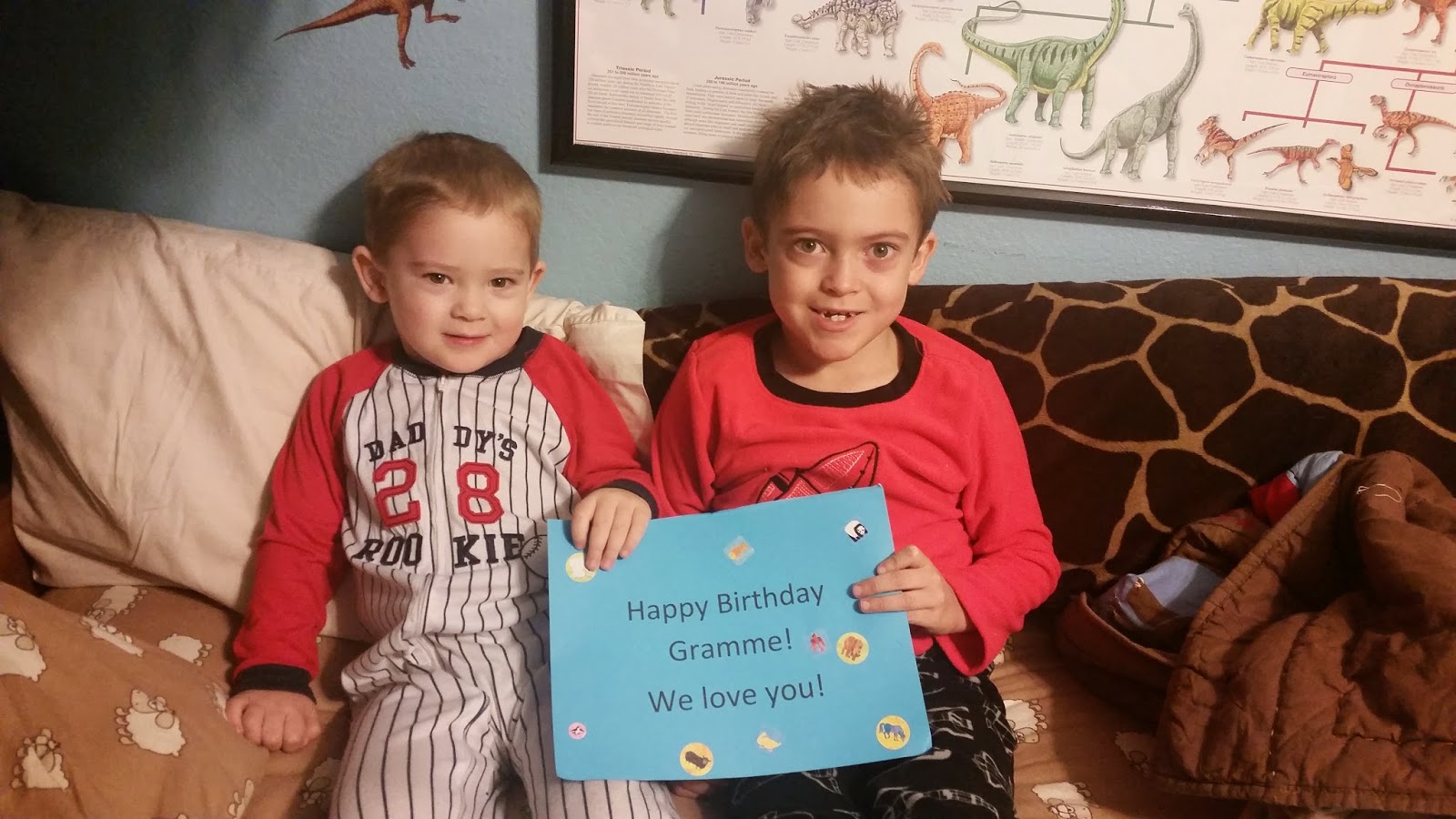 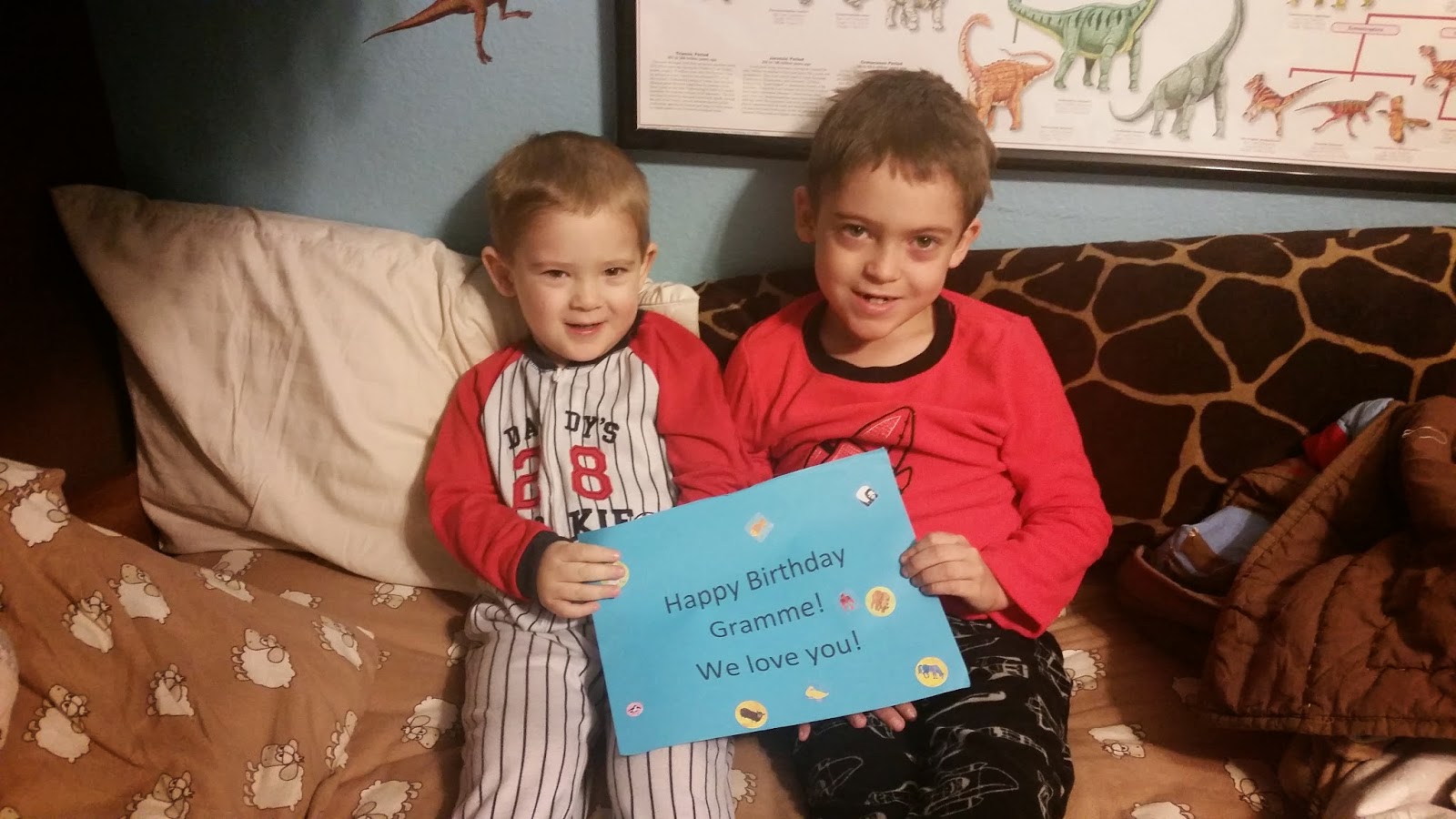 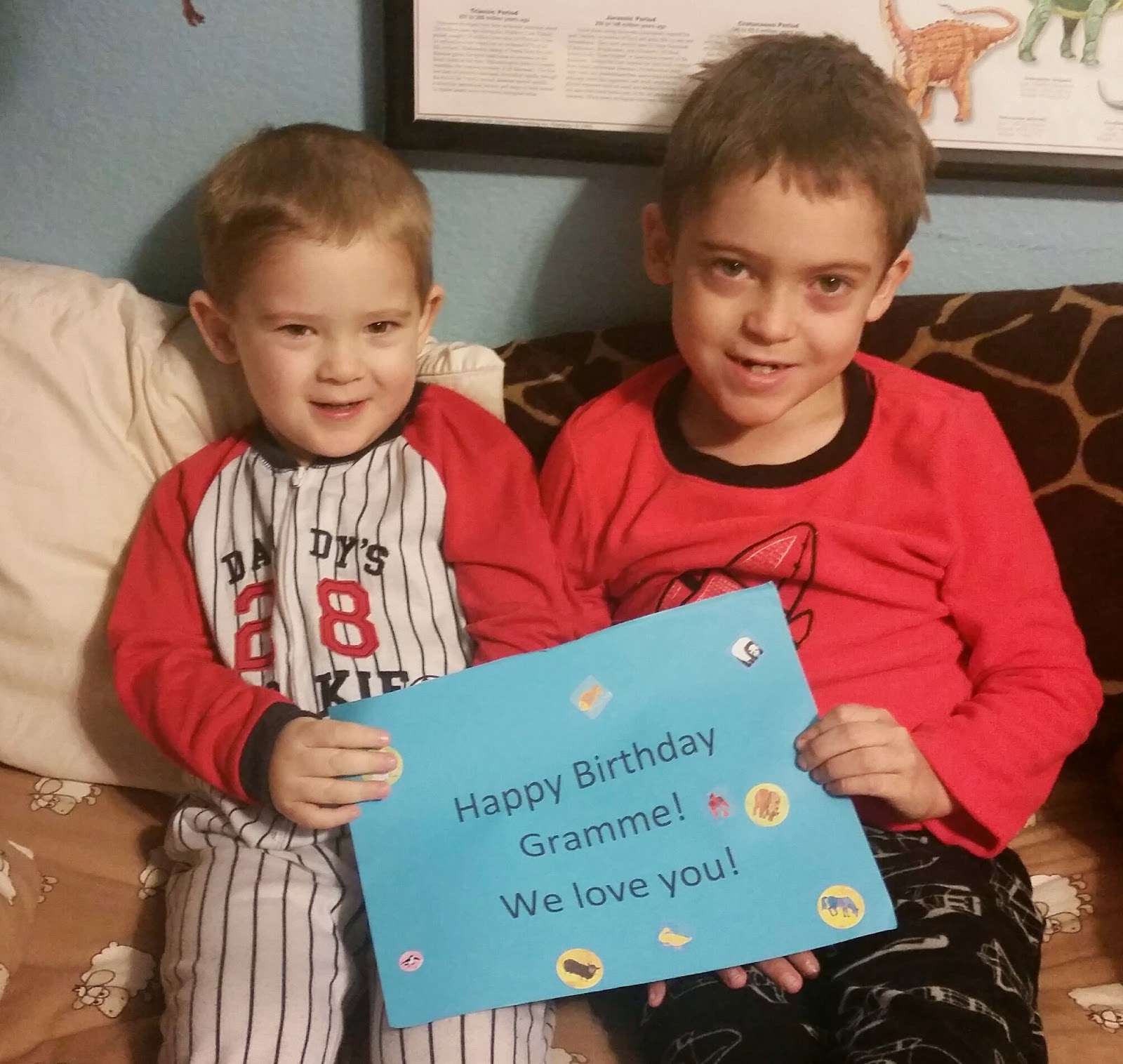 Elliott and I went to his Tiny Turkey class that day.  He wore his turkey shirt.  I'm going to be very sad when we have no more turkey shirts from Kohl's to wear next year. 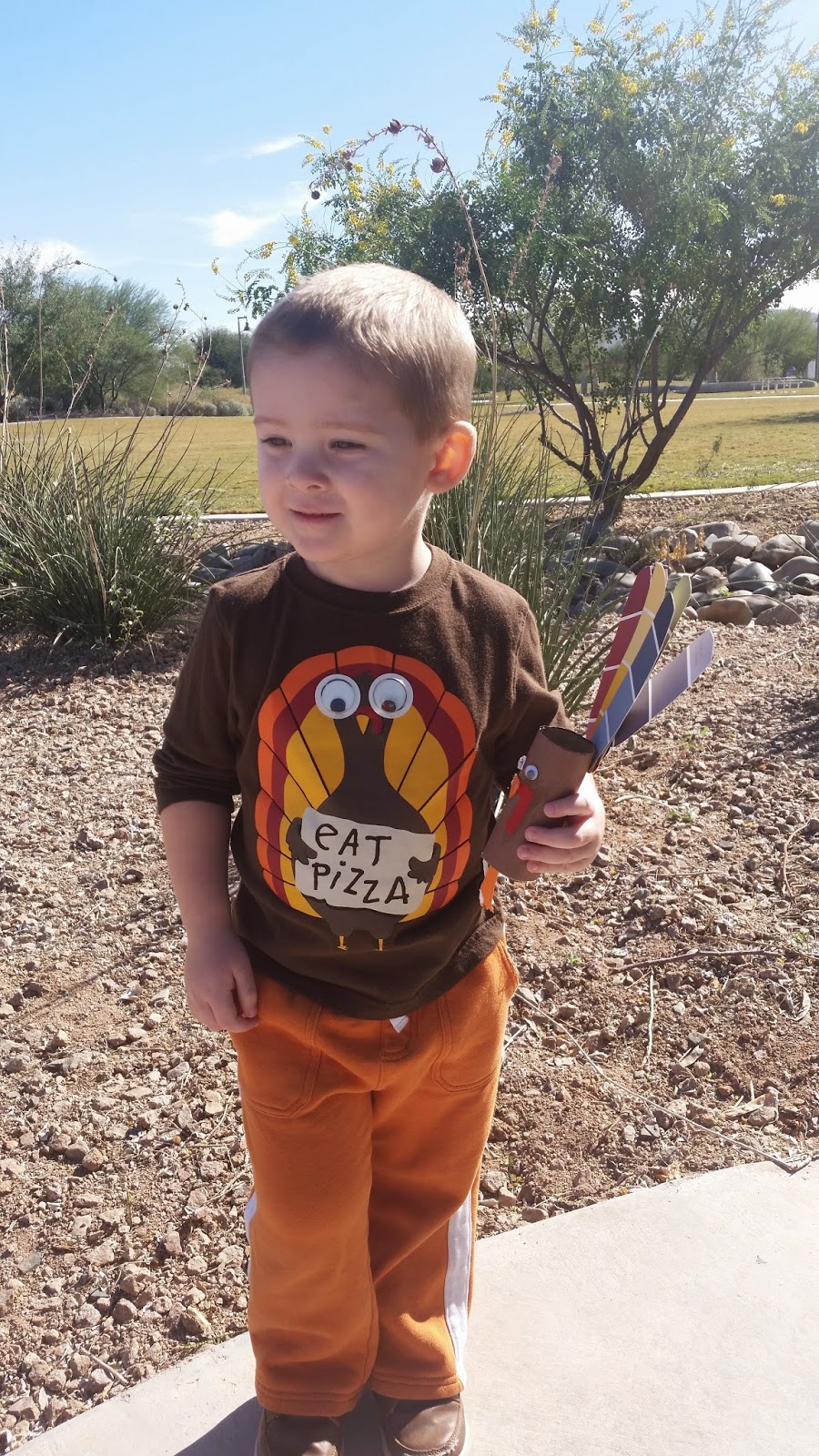 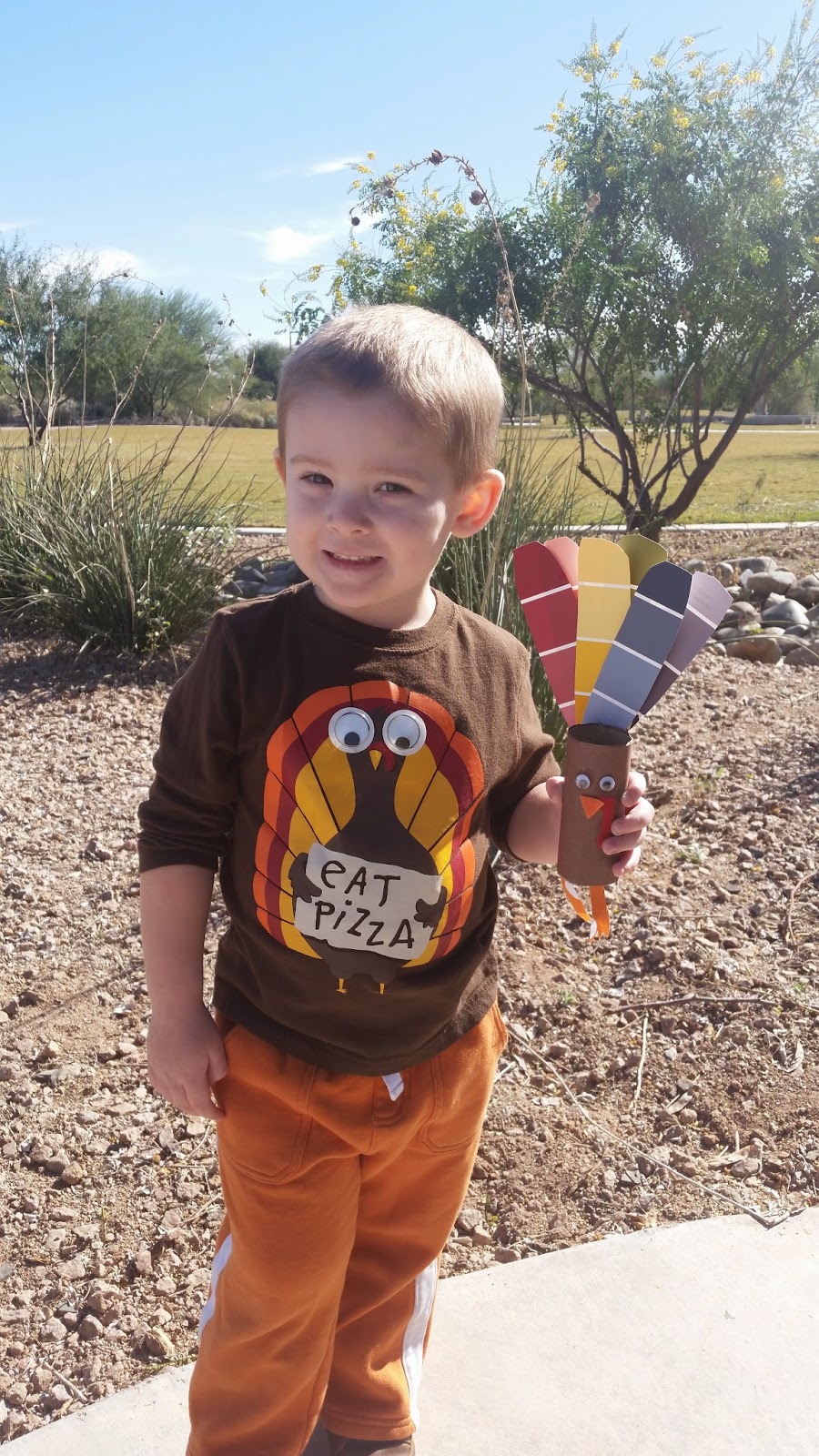 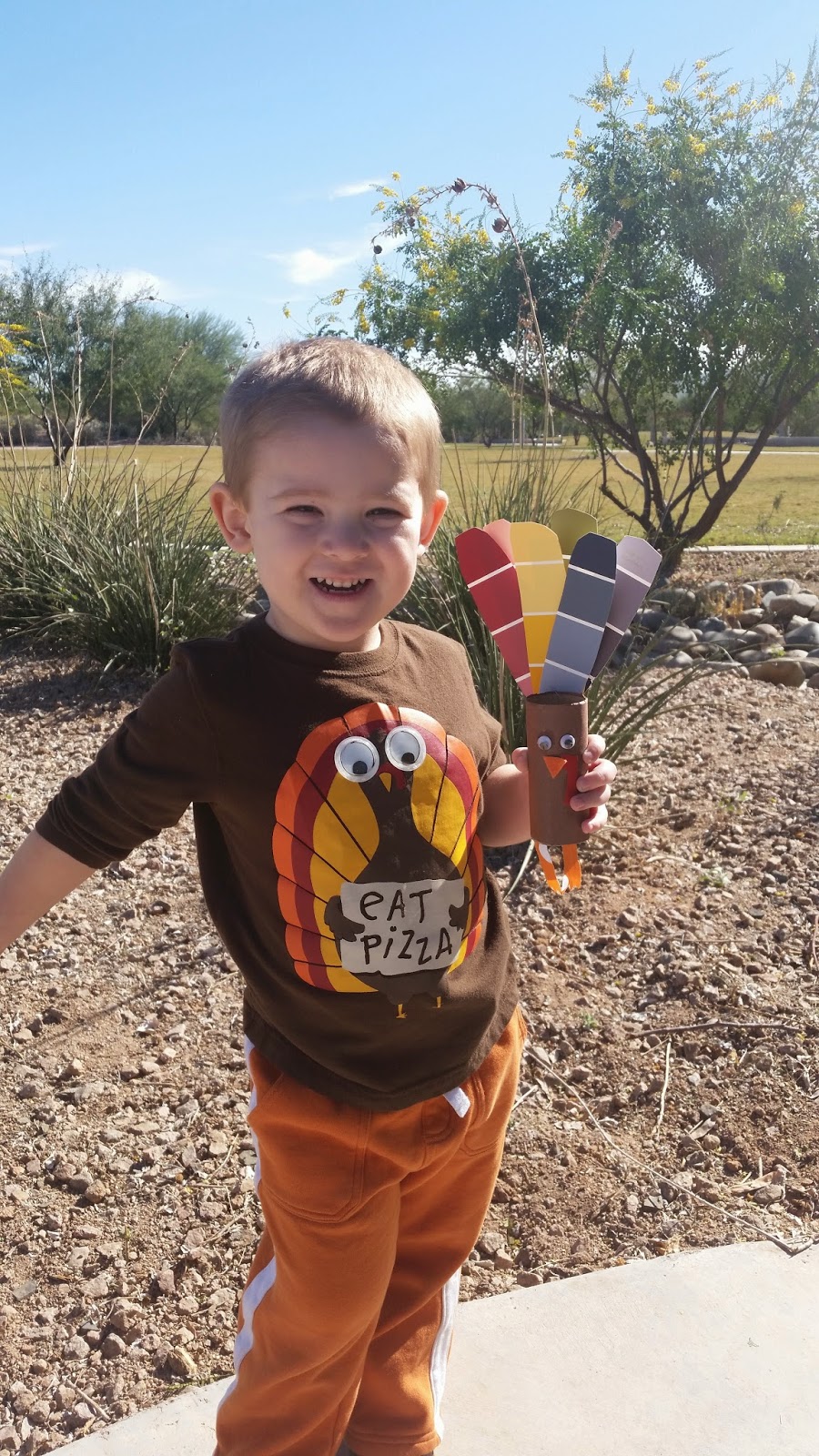 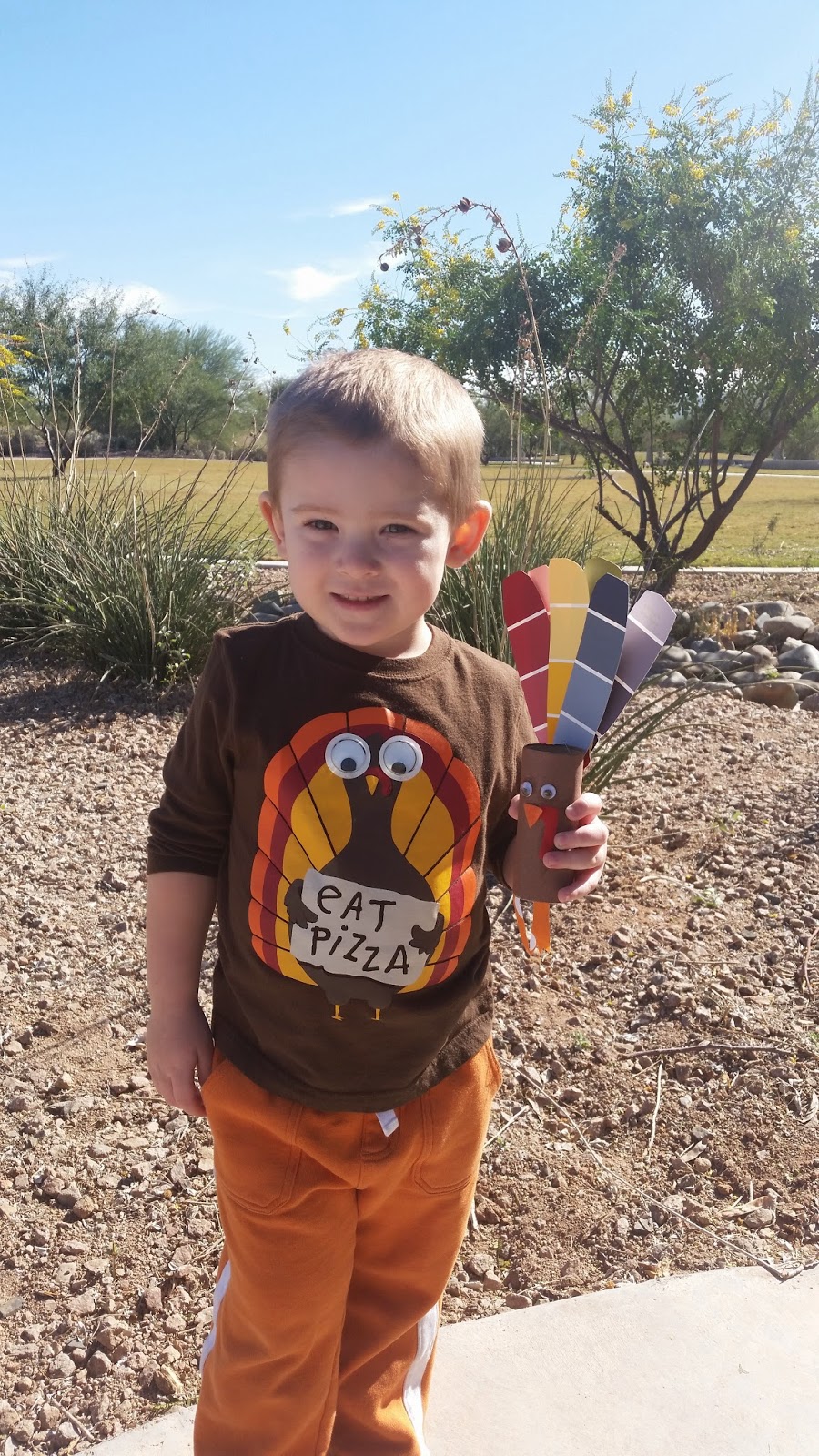 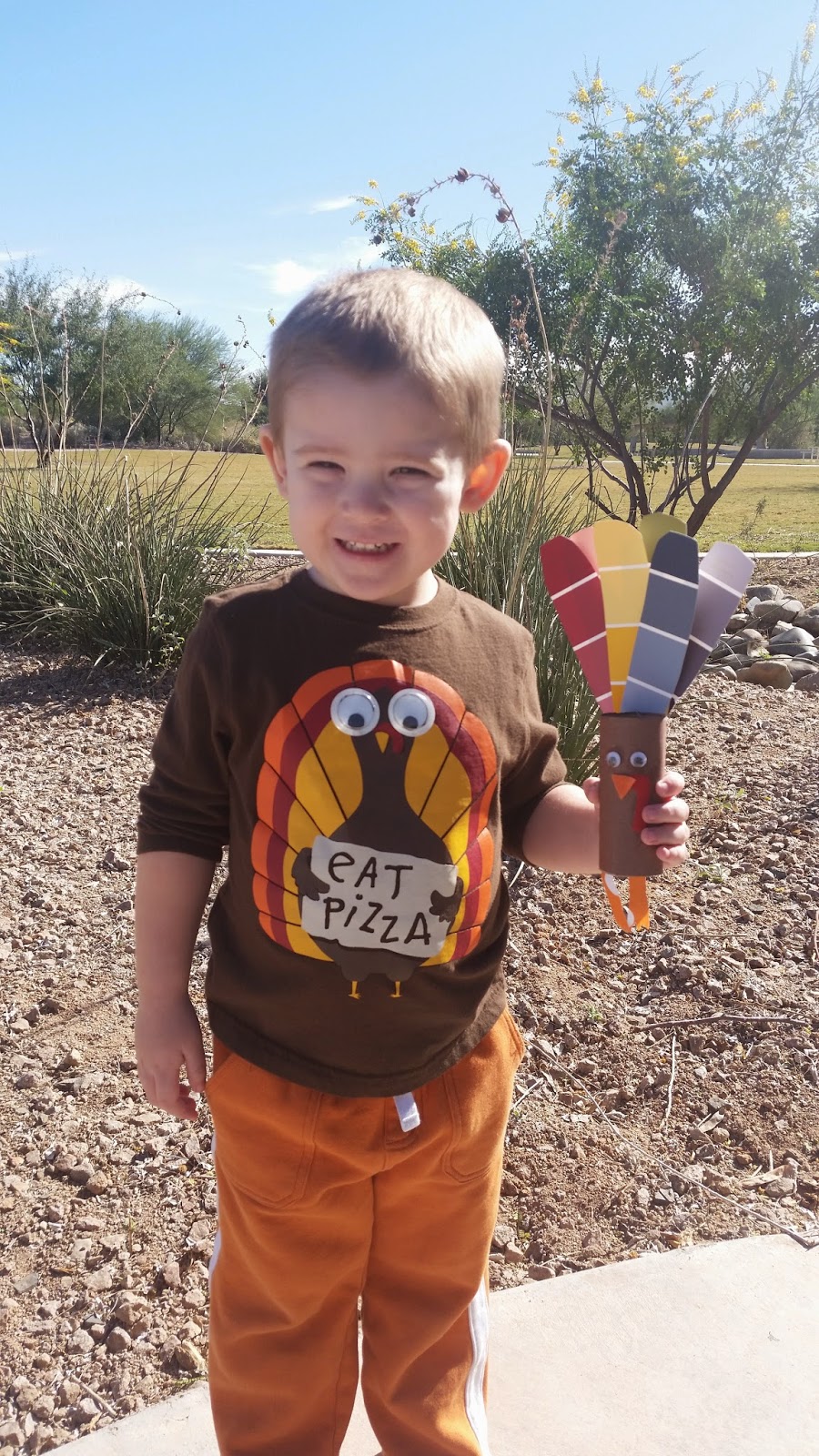 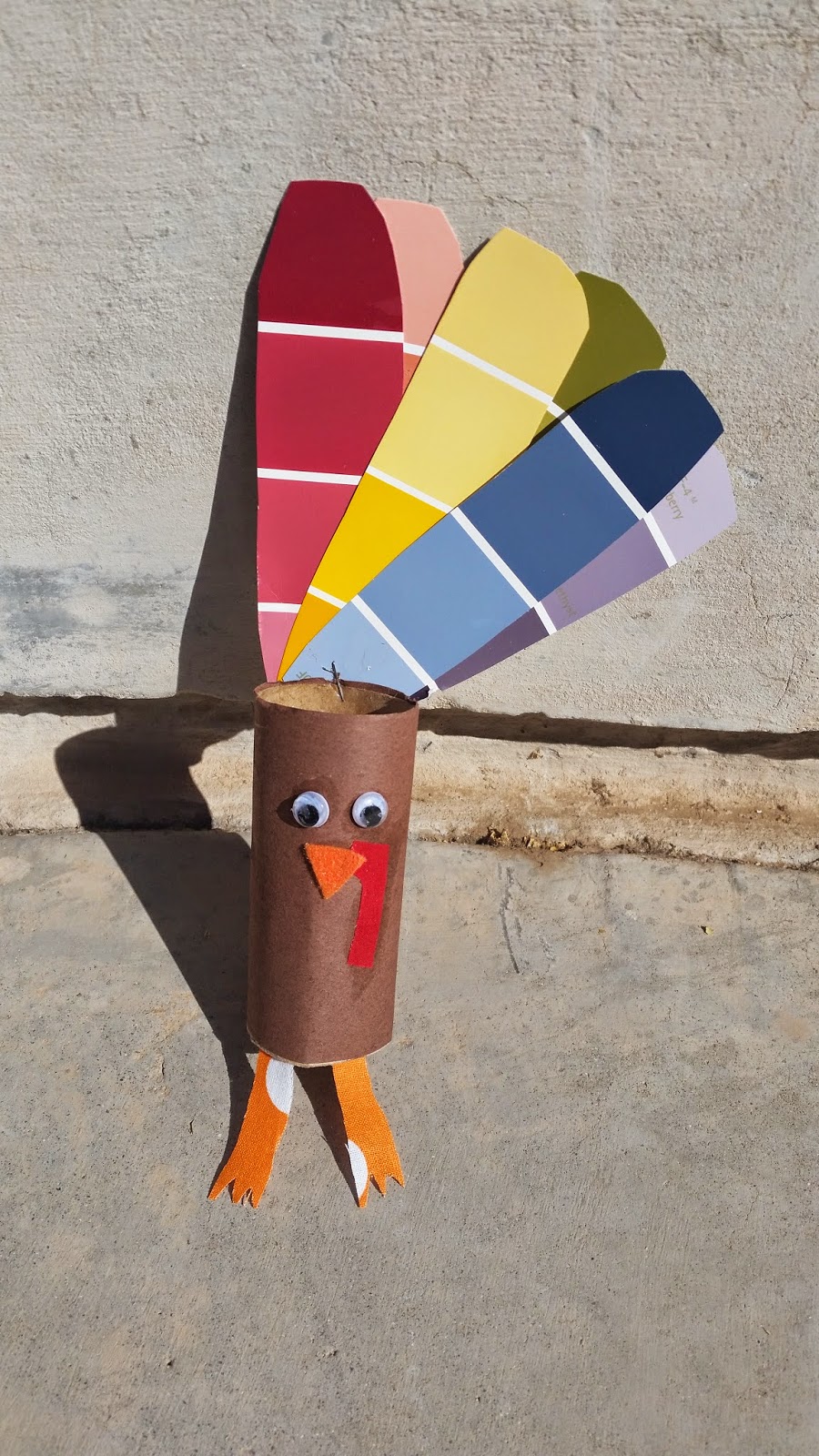 Monday was also World Prematurity Day.  Since both Spencer (4 weeks early) and Elliott (5 weeks early but tried to be 7 weeks early) were premature, it's an important day for us. 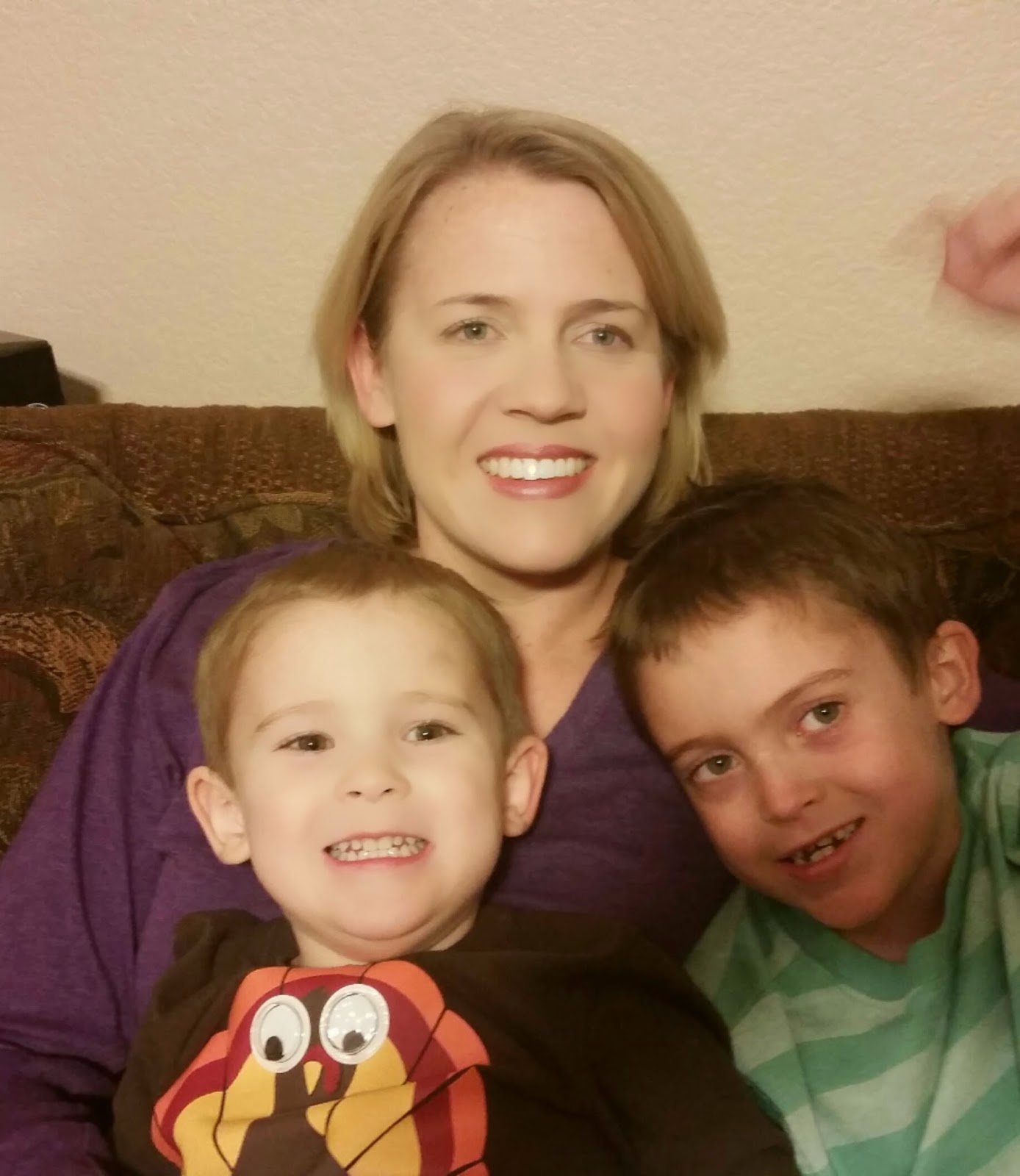 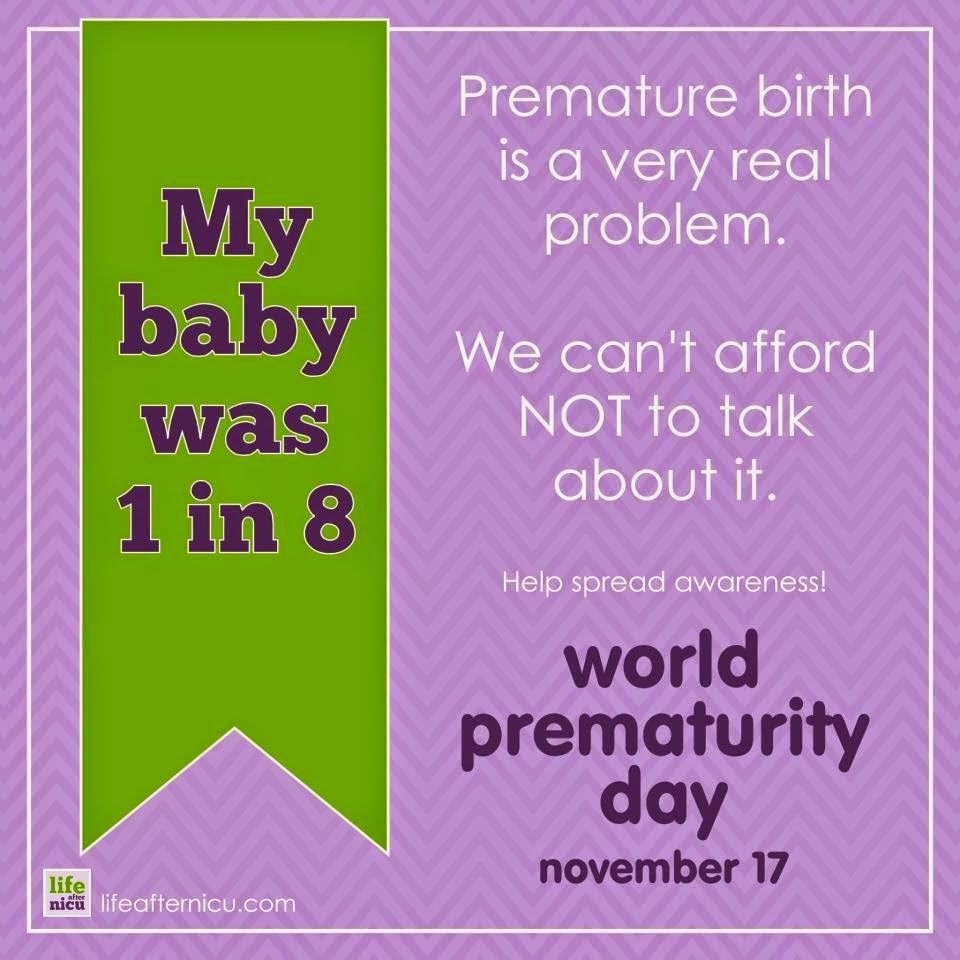 The weather finally turned cold last week.  We had a few overnight lows in the 30's.  I pulled 5 pairs of 4T pants out of Spencer's drawer (that he was wearing in kindergarten last winter) and put them straight into Elliott's room.  Then Spencer had very few pants left to wear.

So on Tuesday I went to Kohl's to buy him some pants.  There was a painter painting the side of the building.  If you look really closely you can see that he took 3 different ladders and used cord to tie them together to make 1 very tall ladder.  And then he had his teenaged son hold the ladder to provide extra support.  It seemed very safe.......said no safety inspector EVER. 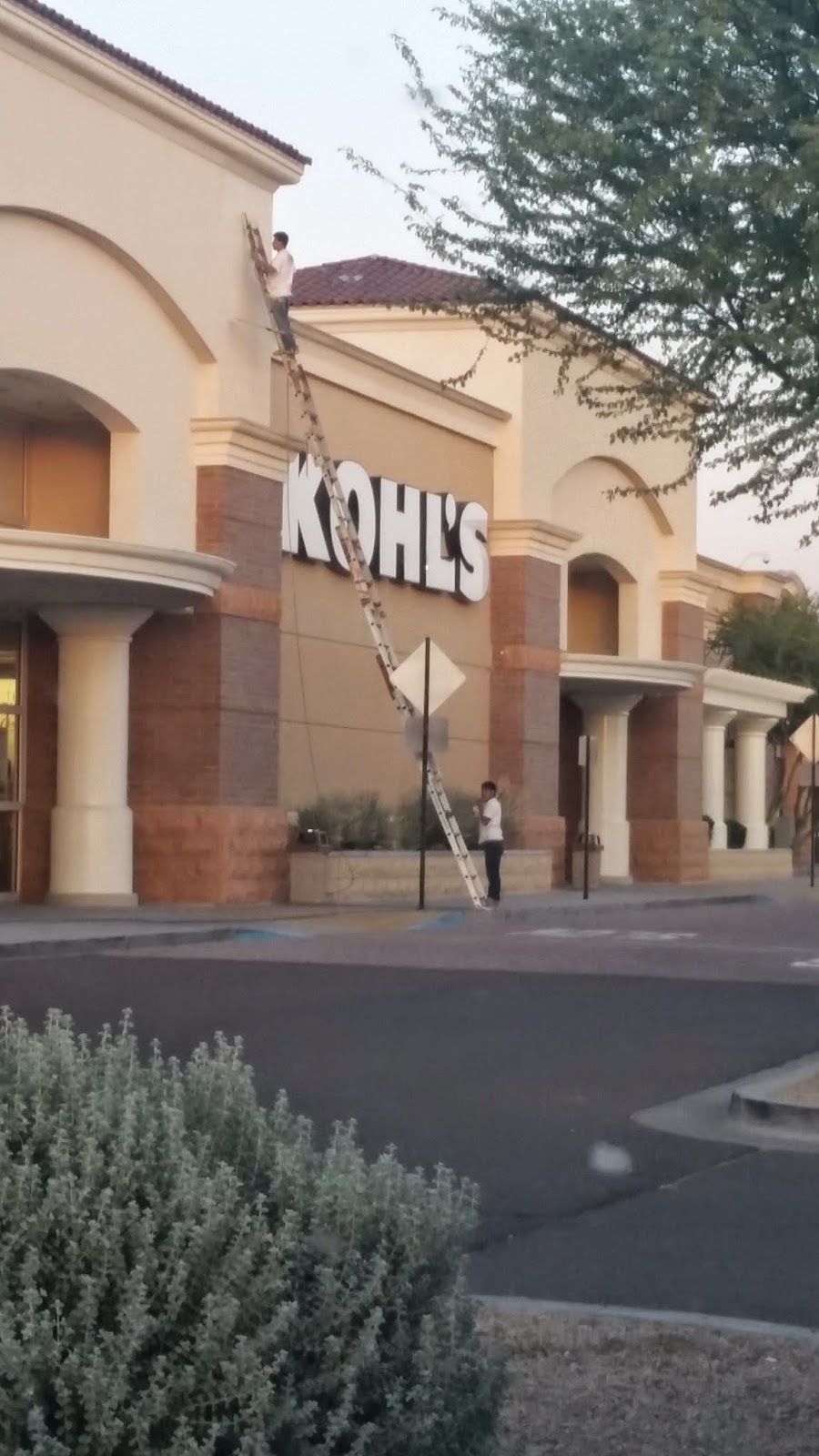 On Wednesday I did 9 loads of laundry.  On load 4 I found Yoda's head in the washing machine.  I saw something on pinterest about how a mom saved every single thing she ever found in her son's pockets, the washer and the dryer when doing his laundry, put them in a big jar and gave the jar to his wife when they got married.  I thought about how funny Yoda's head would be in that jar. 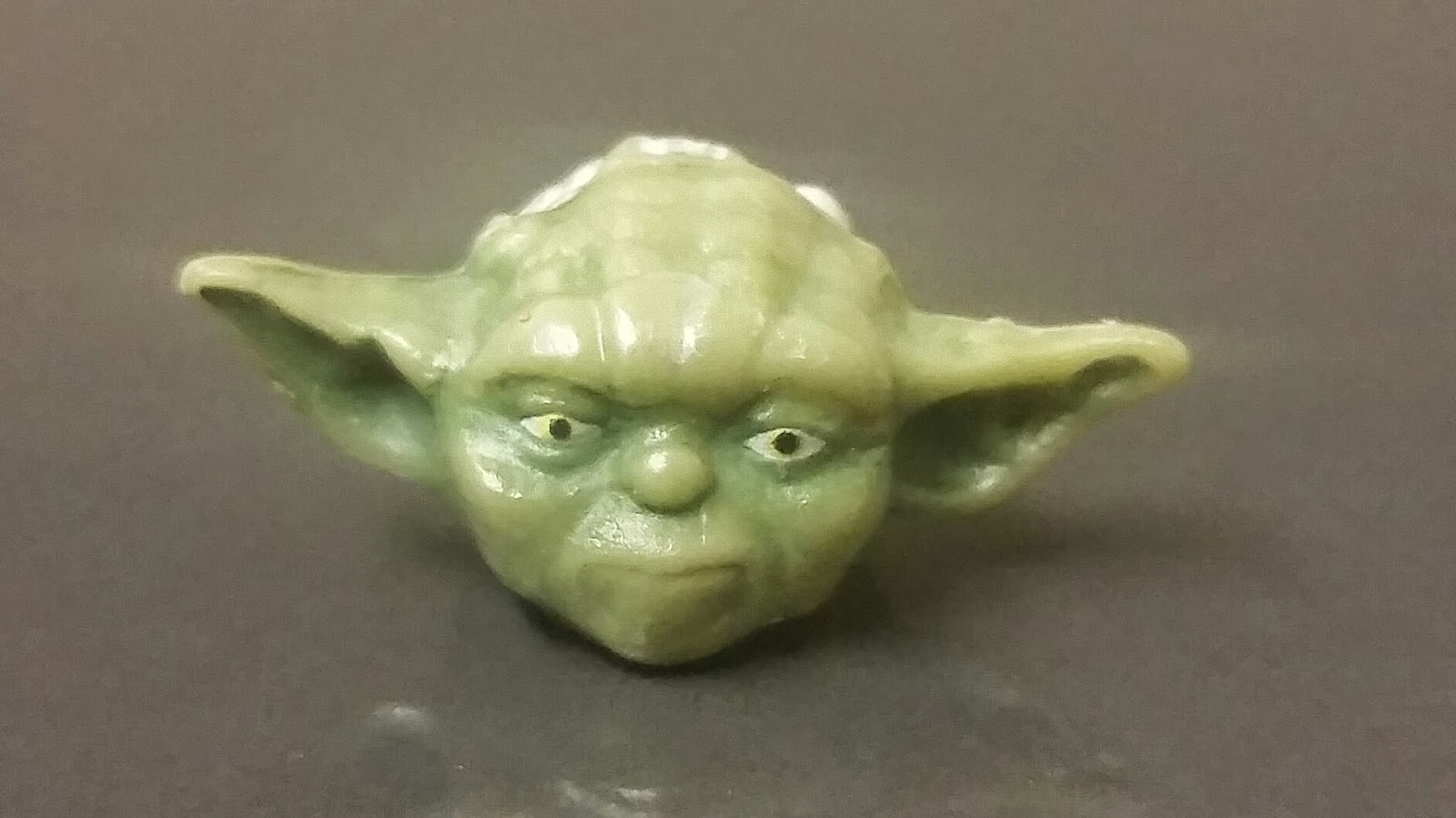 It was even funnier because he was so tiny. 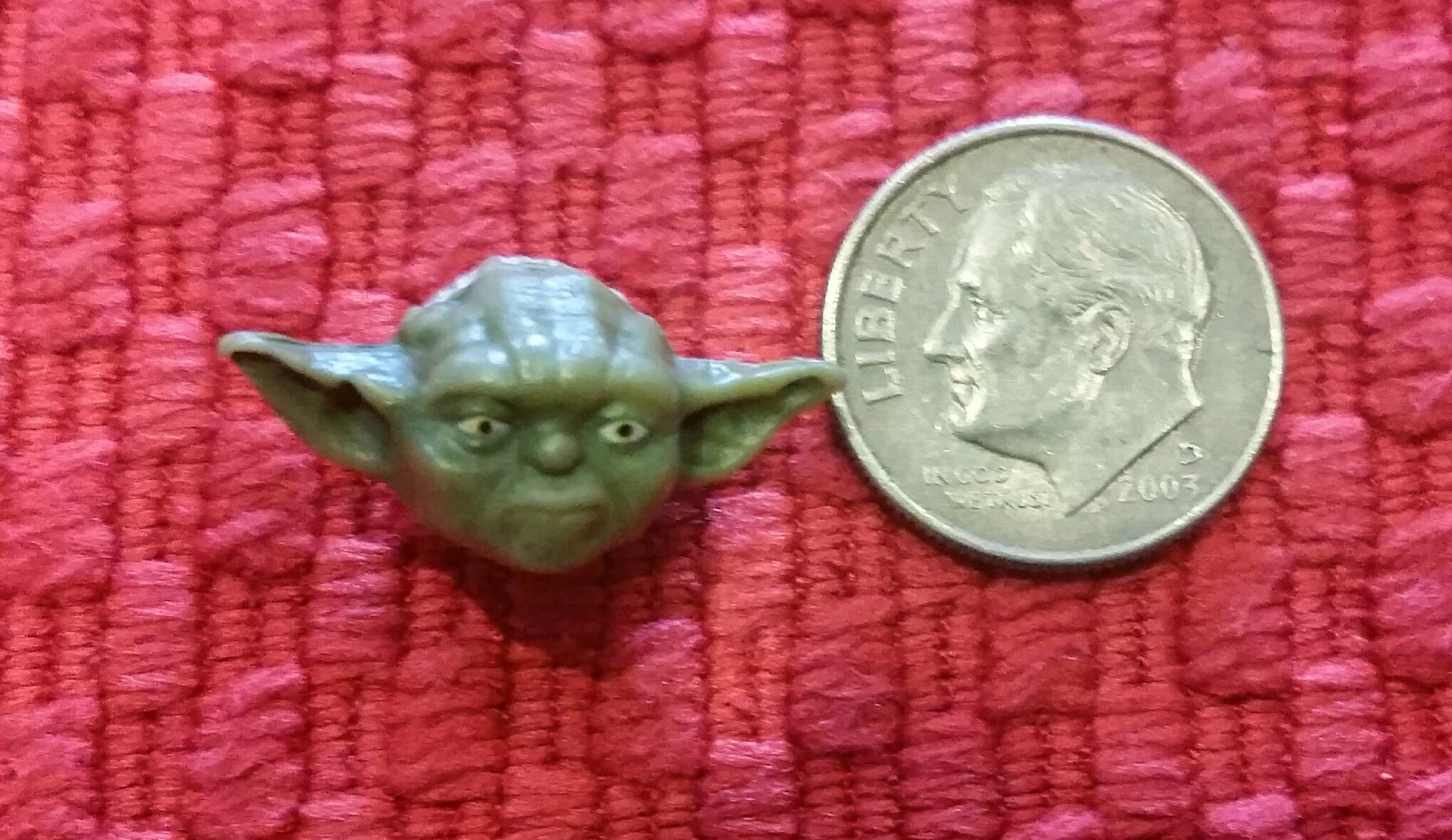 Whilst doing all of that laundry Elliott and I went to storytime at the library.  I really like this storytime.  Elliott does too. 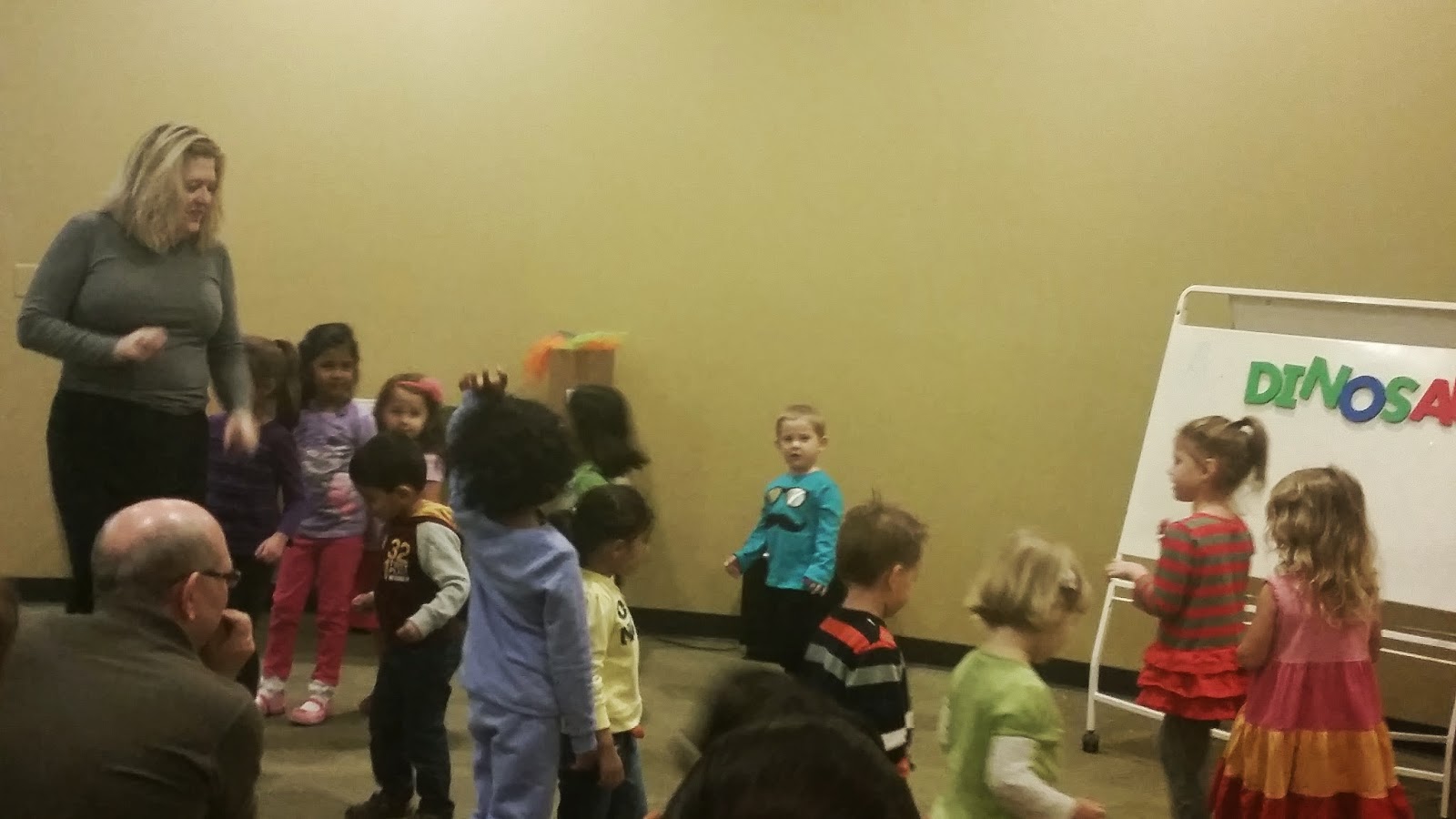 Except for when he doesn't and he refuses to participate. 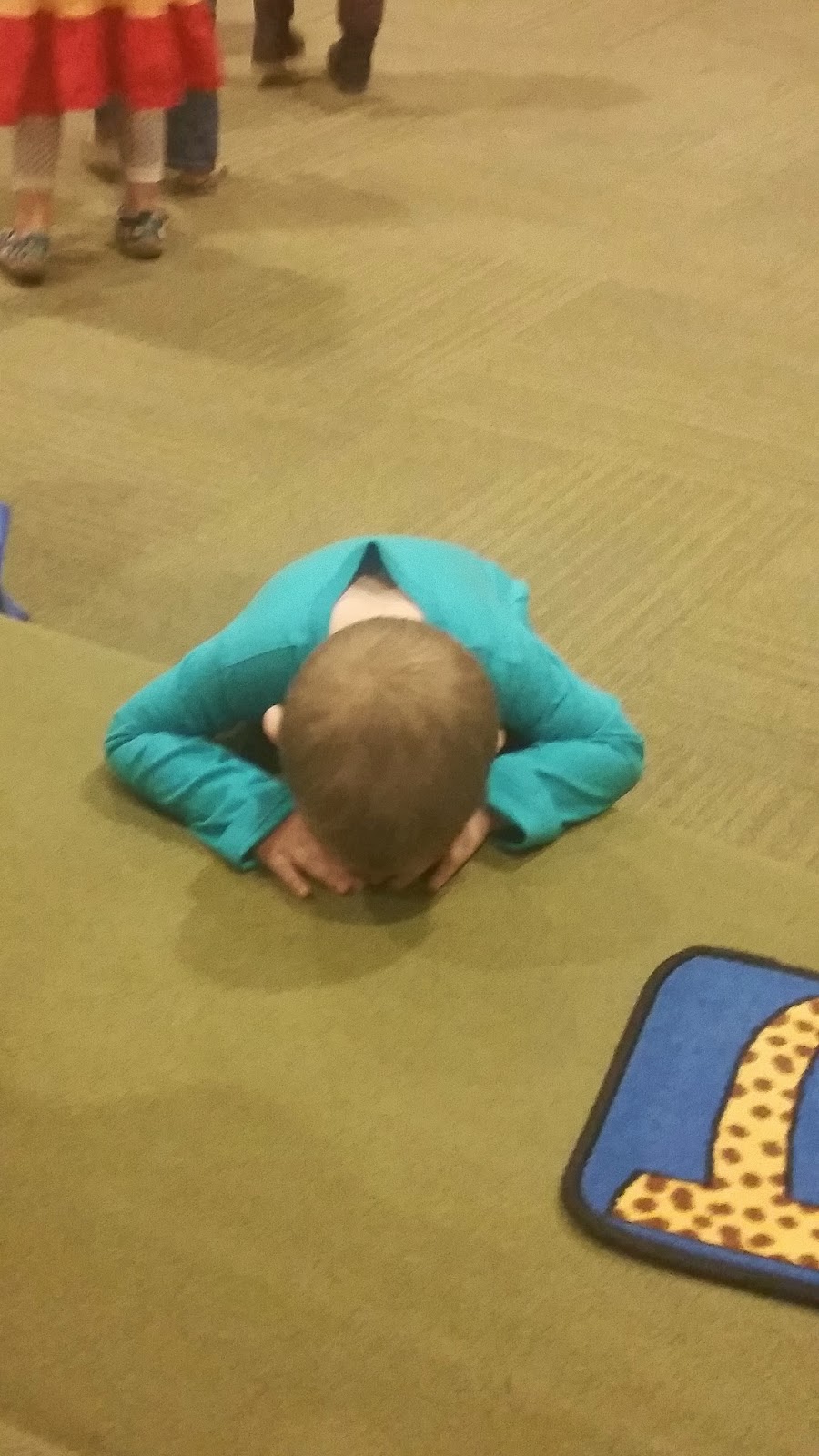 And then pouts when I tell him he has to. 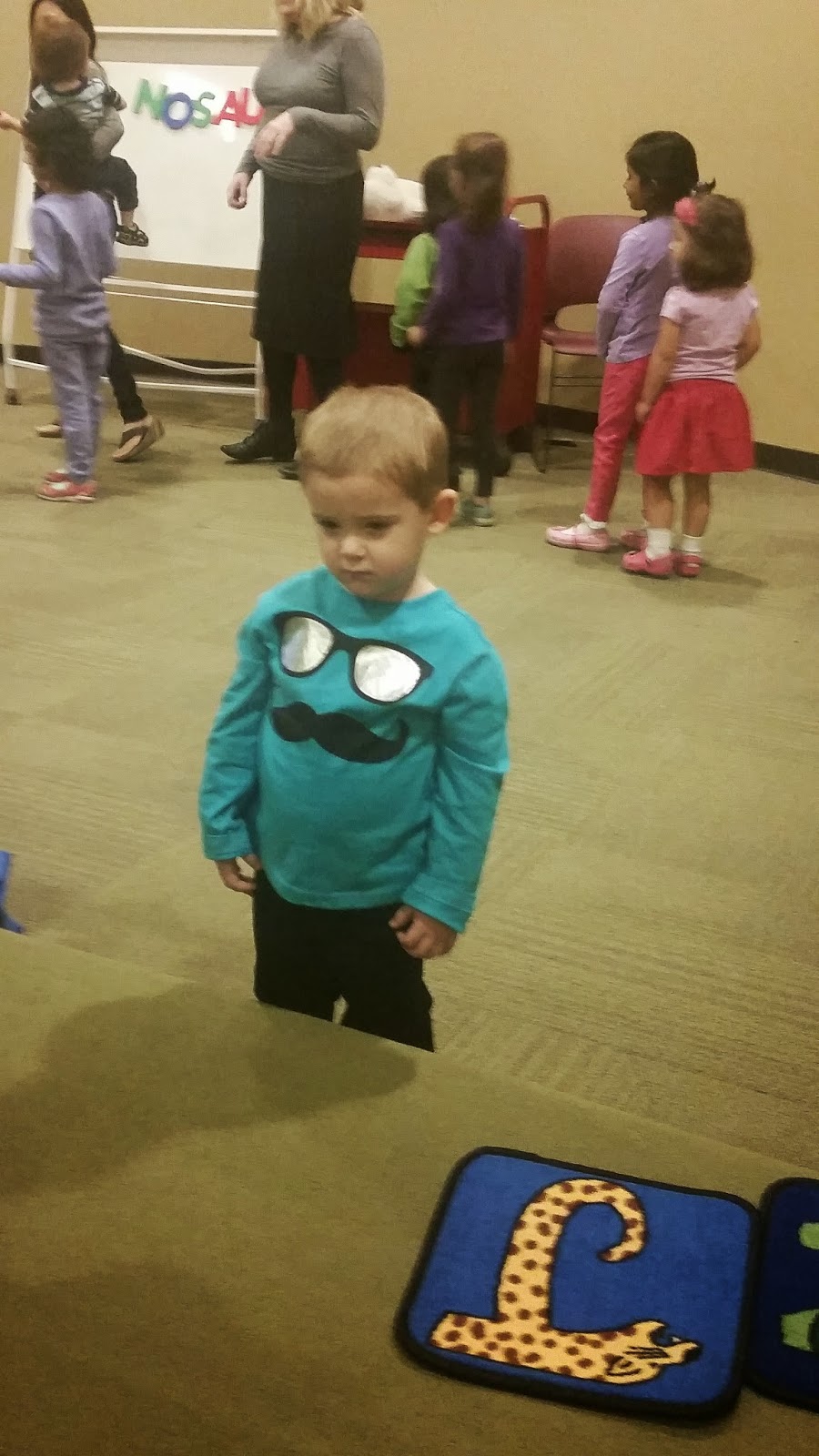 And that really is all that was notable last week.  Until Saturday.  And that will be the next 460 posts.  It really was quite the day.
Posted by Natalie at 10:32 PM

I got a good laugh out of the yoda in the washing machine picture on facebook. Oh boys! I wonder if this could have actually come from Michael's pocket? Hehe! And yes, the pouting and refusing to participate...sounds quite familiar. :-)

Glad you're getting somewhere with the computer! What a pain!

Love your little turkey with his turkey in his turkey shirt. We're going to have to rendezvous somewhere in Oklahoma sometime to see each other and so I can get more adorable hand-me-downs. Some of those boys' clothes are just too cute to only live one bloggy life. Mostly though, I just want to hang out and have coffee with you. :/

Those storytime pictures of Elliott are hilarious. I can just feel the 2 year old angst.

Also, I gotta know what Yoda's head used to be on. Well, his body obviously, but where did a head that tiny belong?

Oh and thanks for wearing purple on your shoulders for my preemies.

OMG, Elliott is just too darn cute in that turkey shirt!