Spencer had a teddy bear picnic at school yesterday.  I thought I'd continue the theme with his after school snack.

How cute is this bear toast? 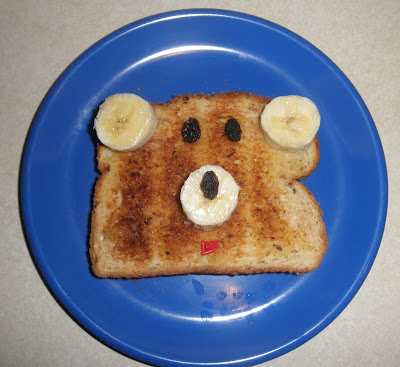 Don't tell anyone, but the teddy bear Spencer took to school is actually Elliott's.  He was just the right size to hitch a ride in a backpack. 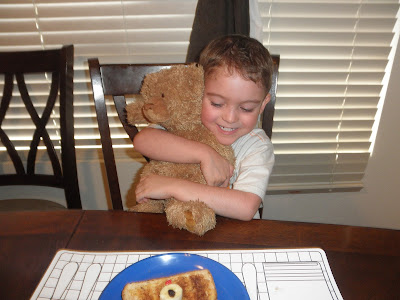 Spencer's art project was a bear covered in coffee.  It is the most delicious smelling art he has ever brought home.  I want to sprinkle some sugar and pour some cream and then lick him. 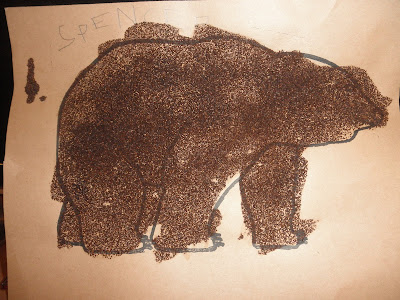 Moving on to the second part of the title.

I want to take a picture of the beagle, the boy and the baby for the blog header.  I mean, what could be difficult about that? 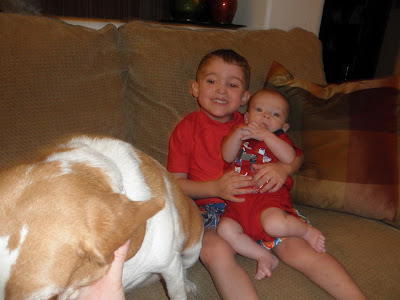 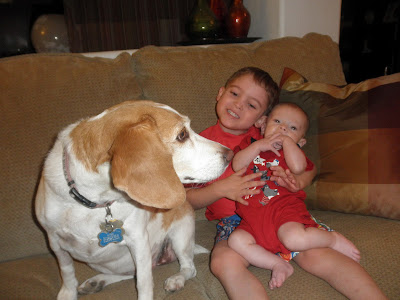 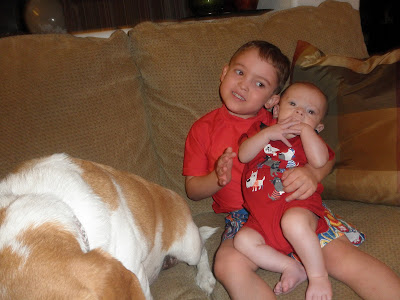 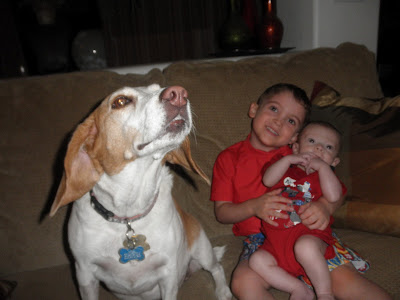 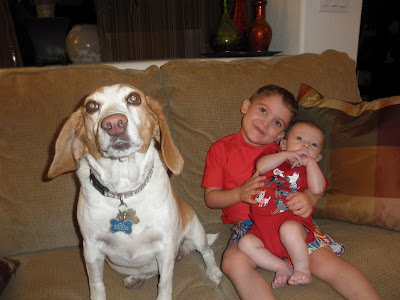 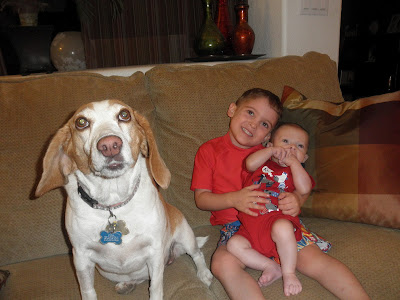 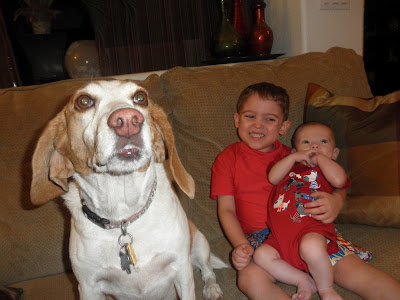 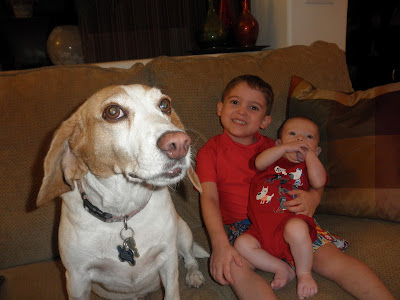 Do you see the dogs on Elliott's outfit? 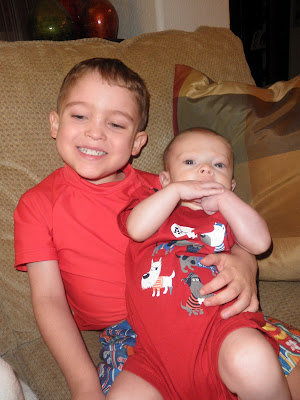 Ginger takes a beautiful photo by herself, but she freaks out everytime Elliott gets near. 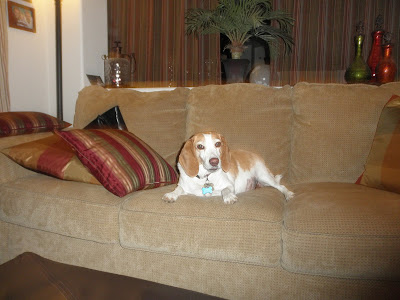 Spencer was 15 months old when I started this blog.  Very much a baby.  My url and my blog title matched.  It was perfect.  I never changed the title as he turned from a baby to a boy thinking that I could justify it by saying he will always be MY baby, but then was forced to rename it when Elliott came into existence.  It annoys me that my current blog title doesn't match the url.  And I'm already worried about what to rename the blog when Elliott is no longer a baby.  Somebody already has A Beagle and Two Boys.  And then (and yes, I have thought about this), what do I do when Ginger gets really old and is no longer with us?  I can't have a blog called 2 Boys.  There's no creativity in that.

And yes, I worry about this, almost daily.

I also worry, daily, about the zombie apocalyps (thanks, The Walking Dead), the alien apocalypse (thanks, Falling Skies), home invasions (thanks, every news channel in the country) and rare diseases, (thanks, Elliott's liver malfunction and google searches).

OK NAtalie...I am sure we have some odd genetic connection! I too would mentally pontificate about all the things you are (actually I am worrying about YOU worrying about them!)..another real concern for me is random falling blocks of *#%@ from planes crashing thru the house and onto my loved ones!(just in case you haven't thought of THAT one!!)

Chelsea's Mom...please no more help with things to worry about...

I think you can still keep the title even though the kids will be grown. It'll be nostalgic...