This is what Spencer looked like the morning of the big purchase.  He was 16 months old. 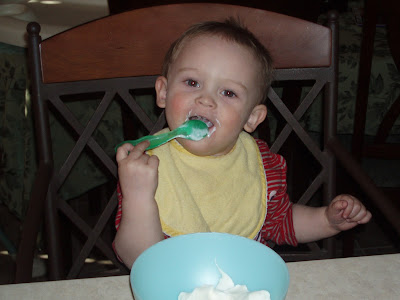 There were 28 miles on the car when we bought it, but we didn't think to take a picture of the "starting" mileage until we were at 59 miles.  That is, apparently, how far it was from the dealership to wherever we went to eat for dinner to home.

This picture was taken the morning of January 11th, the day after the big purchase.  I seriously never, ever, ever, considered that many years later I would be blogging this picture again, for very different reasons. 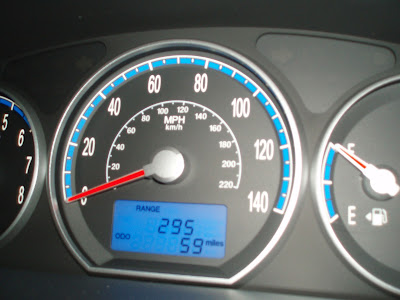 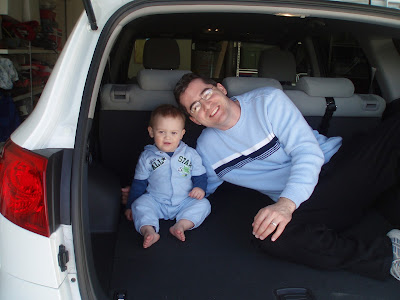 We decided early on that my car is a boy and his name is Kip.  Michael's car is a girl and her name is Pearl.  There's long stories behind each name.  The short version: the paint color on Michael's car is called Pearl White and Kip is from an episode of Seinfeld that we quote a lot.

Here's Kip on his first day. 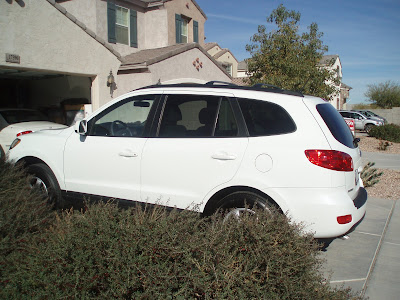 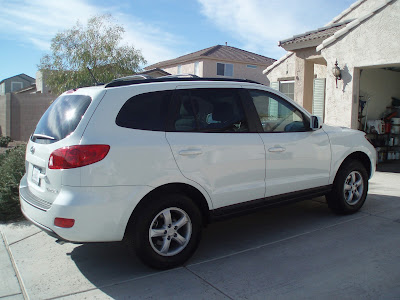 Fast forward 6.5 years.  I was driving to work last Thursday when this happened.

And then, of course, this happened. 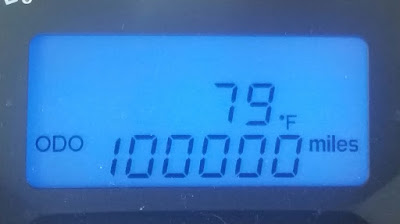 I did some math and we have averaged 15,000 miles a year.  The nationwide average runs right around 12-16,000 depending on a lot of factors.

I have always gone well above the national average on car mileage. When we first got married, I had to drive almost an hour (each way) to work in Virginia every day. It was crazy! When we moved to Charlotte, we started putting way less miles on our cars. The Jeep needed that break when it was our main vehicle. Eddie drove his work vehicle most of the time. When we got our new van in 2012, the Jeep got even more of a break. Now it is 9 years old with about 145,000 miles...not great but much better. Of course, now Eddie is back to driving it as his main vehicle so it is getting a lot of miles on it again. The van is averaging about 15,000 miles a year...not as bad as the 20,000+ per year we used to average, but still at the higher end of the national average. Sigh. Bottom line...we rely way too much on our personal vehicles around here. :-(

I like your car names. They are no "Black Widow", but I like them none the less. ;) My car is named Trav (because it's a Traverse). The white BMW is Knut (after the German polar bear). Our Mach 1 was named Mack. I wonder just how popular the practice of car naming is.

So weird when that happens, right? I was coming home from a dance class when my car hit the big 100,000.