When Spencer was 3 months old we took him to the mall to see Santa.  When he was 1 we took him to a neighbor's house where the homeowners had created Santa's Village, including Mr. and Mrs. Claus.  When he was 2, 3 and 4 he saw Santa at Bass Pro Shop.  I didn't get to go last year because I was in the hospital.

We had planned on going back to Bass Pro Shop this year (a free picture with Santa is hard to pass up) but then I got an email about a special night that My Gym was having.  Five dollars for hot cocoa, a cookie, play time, story time and a 1-1 meeting with Santa.  I reserved spots for both kids.

Elliott's first time in the ball pit.
I am planning on starting classes with Elliott at My Gym as soon as Spencer starts kindergarten in July. 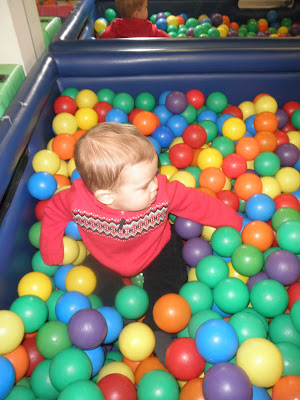 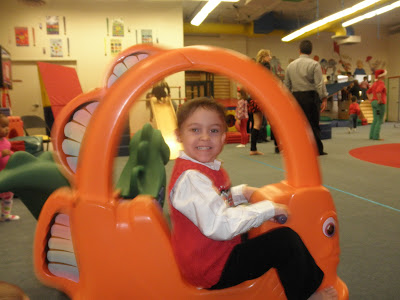 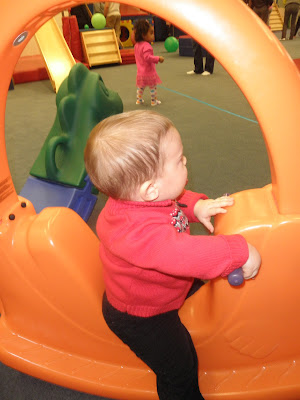 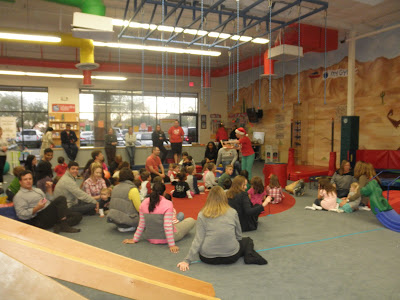 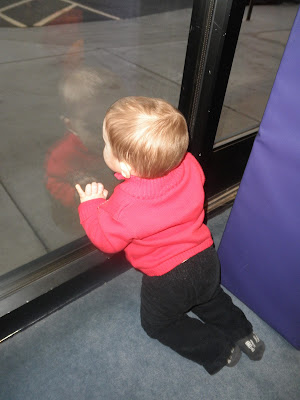 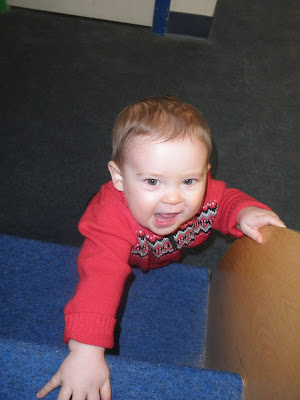 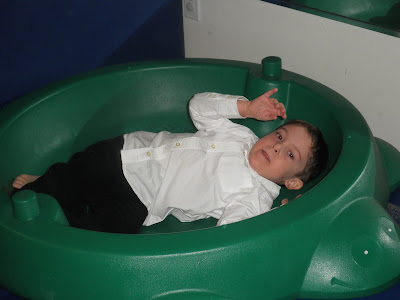 I prefer Santa to have a real beard, but as far as Santa's go, he wasn't that bad.  He was better than cocaine addict Santa from Spencer's preschool when he was 3. 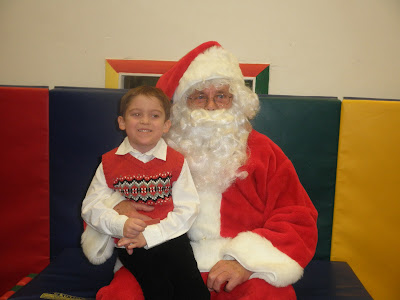 Elliott was not impressed at all. 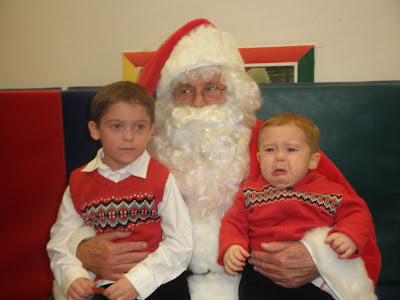 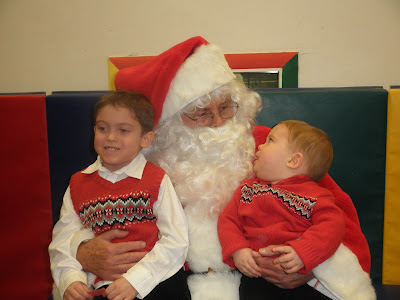 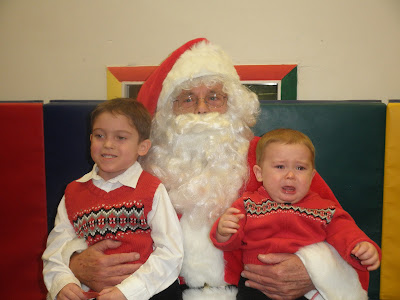 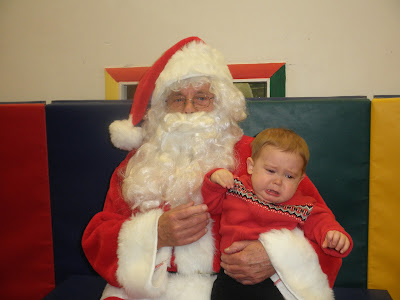 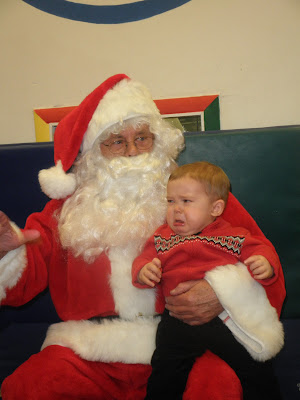 Poor baby.  Why do I think this is so hilarious? 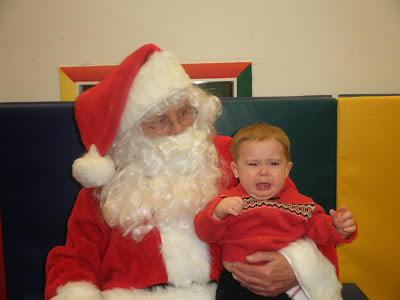 My stomach literally turned seeing Elliott in the ball pit. Did you Lysol it first?! :-P

I agree. There is just something cruelly hilarious about a baby freaking out on Santa's lap. It must be the irony of his jollyness versus their, um, well...

Megan and I sat on Santa's lap this year. It was not as cute as your kids and Santa was a little pervy.