﻿Spencer is obsessed with all things transportation.  If it has wheels and an engine, he's into it.  His favorites are school buses, city buses and garbage trucks.  Every time we drive anywhere he looks for them and makes a list in his head.  He's disappointed if we don't see all three.
With this in mind we've been thinking for a while now that he would have a lot of fun taking the city bus somewhere.  We wanted it to be fun for us too, so we decided to go to the movies and to lunch.
Waiting at the bus stop.  We had to drive there since the bus doesn't come by our house on Saturdays. 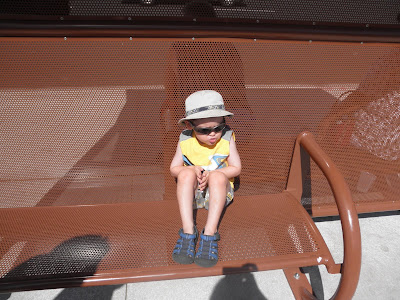 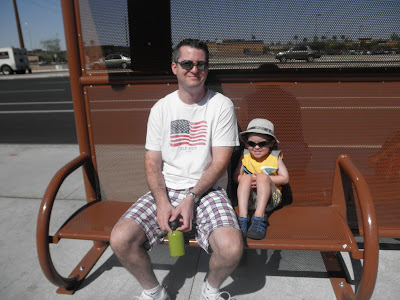 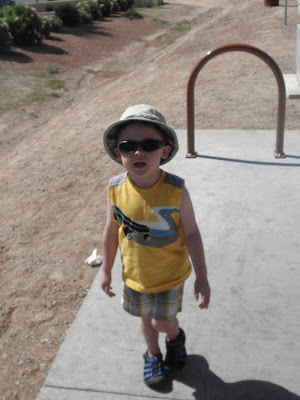 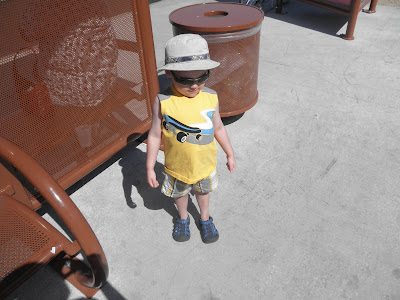 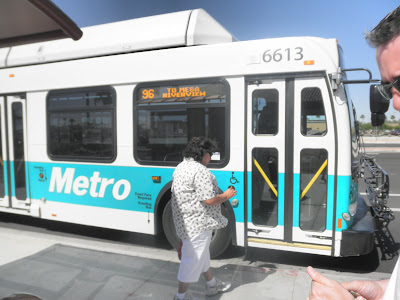 He just marched right on and found a seat as if he did this every day of his life. 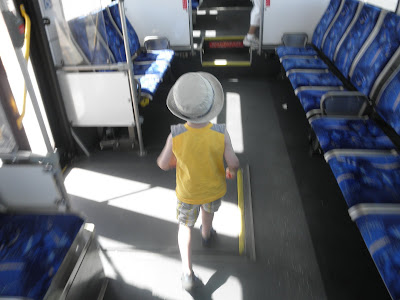 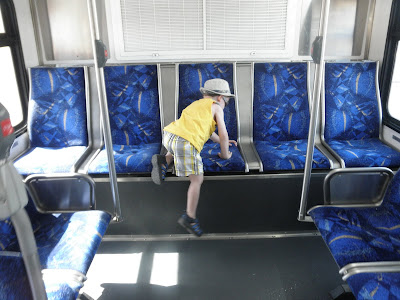 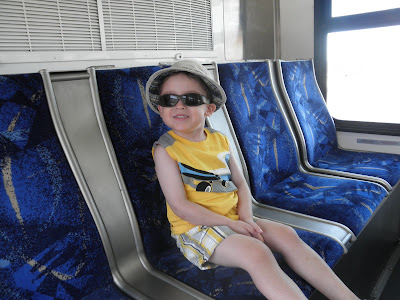 We got there a little early so we wasted some time at Wal-Mart and then headed to the theatre.  Just as we were getting close to the doors Spencer started running on cobblestone while simultaneously looking at the movie posters.  Of course he biffed it and fell flat on his face.  He bit his lip and that was bleeding, he got a cut below his nose and that was bleeding and his sunglasses smashed into his face and instantly started leaving a frame shaped bruise.
I was busy dealing with the aftermath, so I got 0 pictures of us at the movies.
This is what we saw: 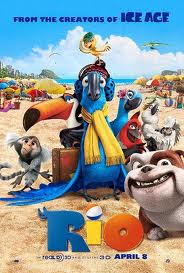 After the movie we had lunch at the Cracker Barrell. 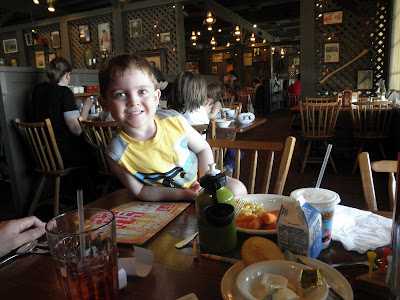 Then it was back at the bus stop to head back home. 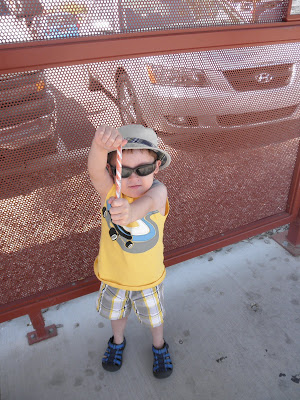 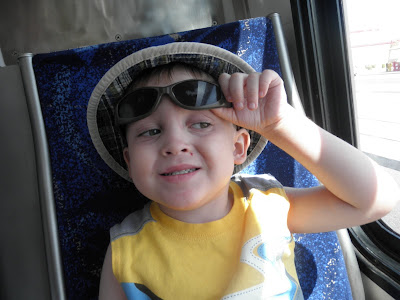 All in all it was a good experience.  It took us twice as long to get there and back compared to driving and the bus fare was nearly as much as we would have paid for gas, but Spencer loved it and is still talking about it and that's all that matters.
Later that afternoon Michael and Spencer headed out to pick up Grandma and Papa from the airport.  This is what we found in the driveway as the garage door went up. 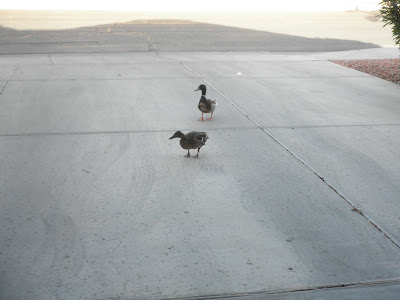 Michael driving by didn't scare them away. 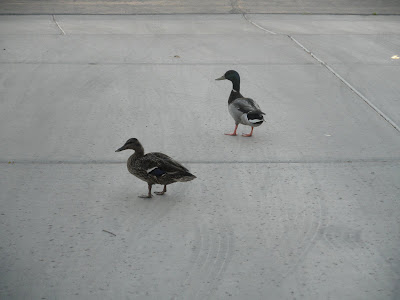 Me waving my arms and yelling at them didn't scare them away. 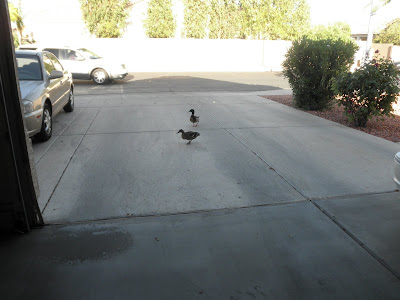 Ginger, with full on spiked wolverine hair, snarling and growling and chasing them scared them away. 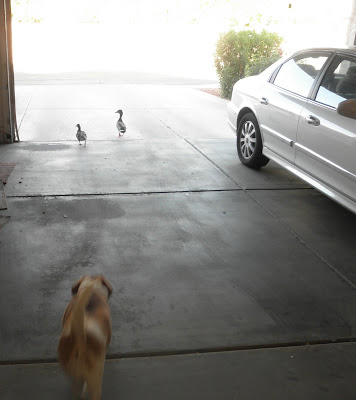 But not for long.
They were back the next day. 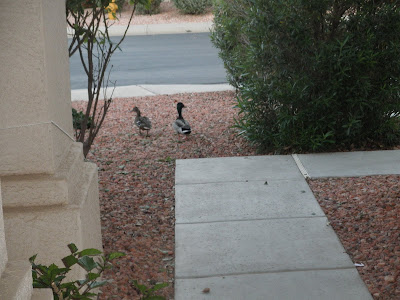 This time I stuck the hound and the kid on them. 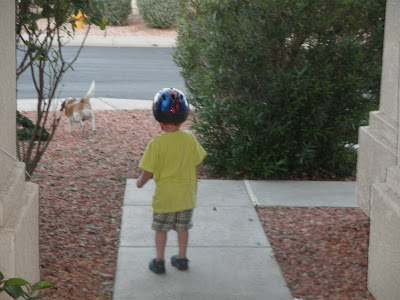 Silly ducks seem to have finally learned that our front yard is not actually a lake.
Posted by Natalie at 10:25 PM

You know what's cool? A lot of parents wouldn't think to take their kid on the bus, even with him talking about it so much. Spencer will remember this special day for a long time. You guys rock!

You guys are awesome parents! When are you going to take him on the light rail? ;)