I got out all of the Easter decorations on Monday and have slowly been putting them up around the house.  I still have piles of clothes all over the dining room but I'm going to have our sitter look at them tomorrow and after that they are out of here because I can't finish decorating until I clear out the clothes.
Back in January I bought a zulilly deal of the day.  It was a $30 voucher for Build-A-Bear for $15.  We had planned on holding onto it giving it as a gift for a birthday party when Spencer was invited to one.  Well, on Tuesday we noticed that it expired at the end of April so we decided we would let the kids make spring/Easter stuffed animals.
We have a pretty strict rule against stuffed animals in this house, and yet, here we are at Build-A-Bear, making and paying for stuffed animals. 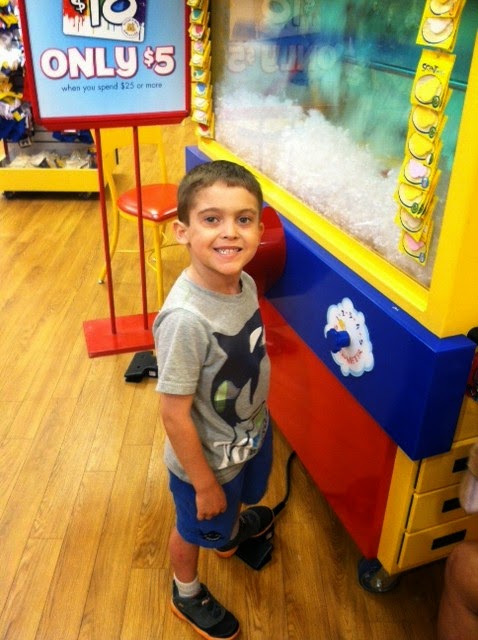 It was Elliott's first time. 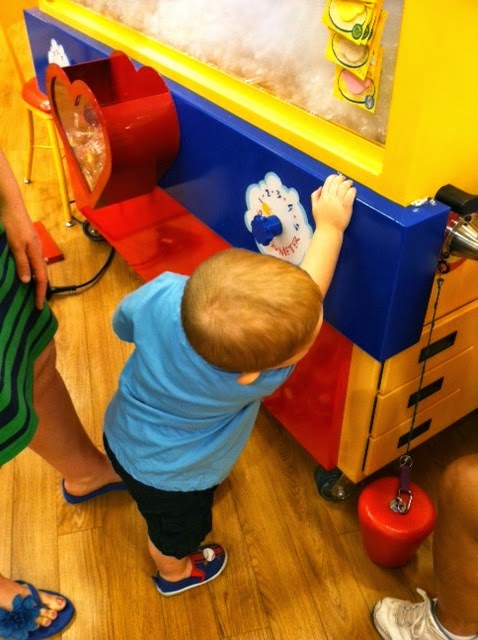 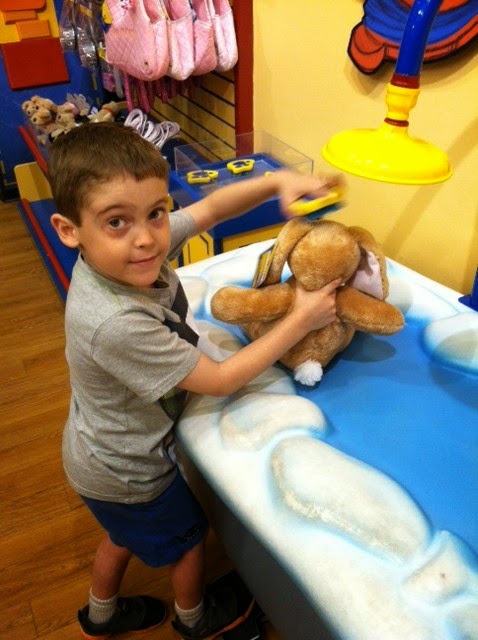 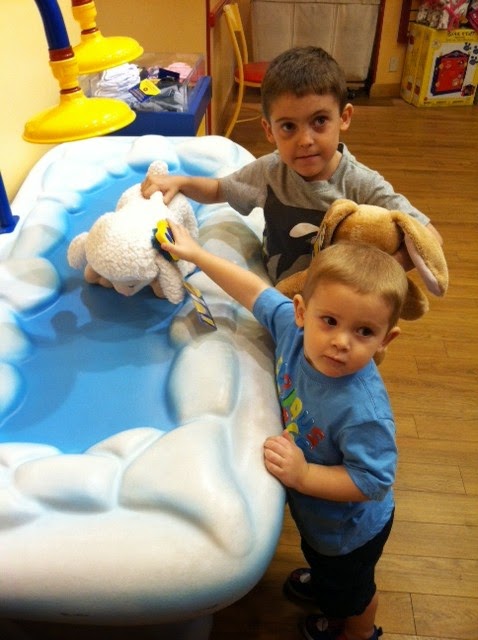 Elliott picked a lamb and we named it Lambdon.  He seems to really like it.  About 3 weeks ago he started refusing to sleep with his Elmo and then we lost Elmo (I really think he secretly threw Elmo in the garbage), so I'm hoping that Lambdon can be a new nighttime buddy. 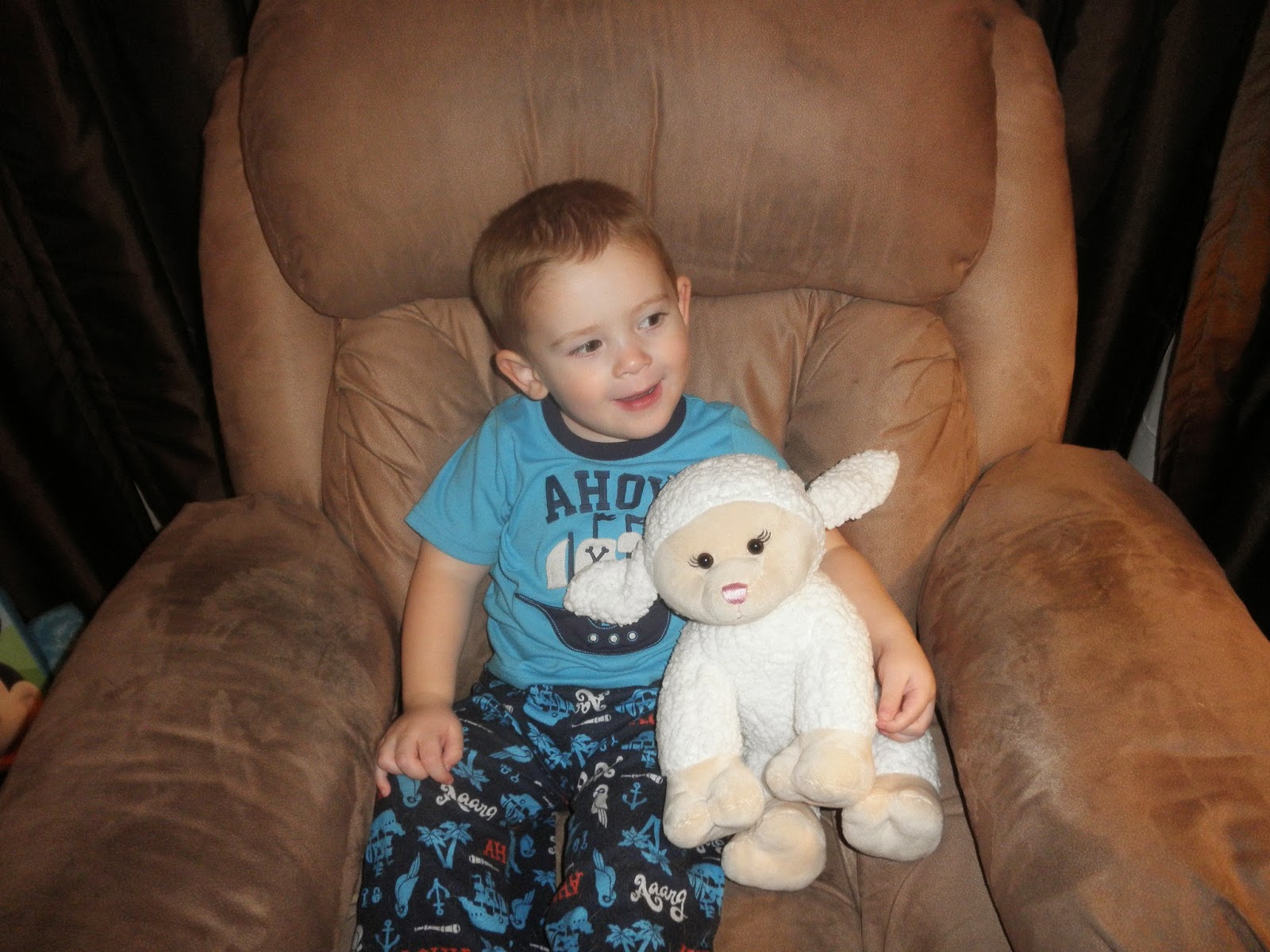 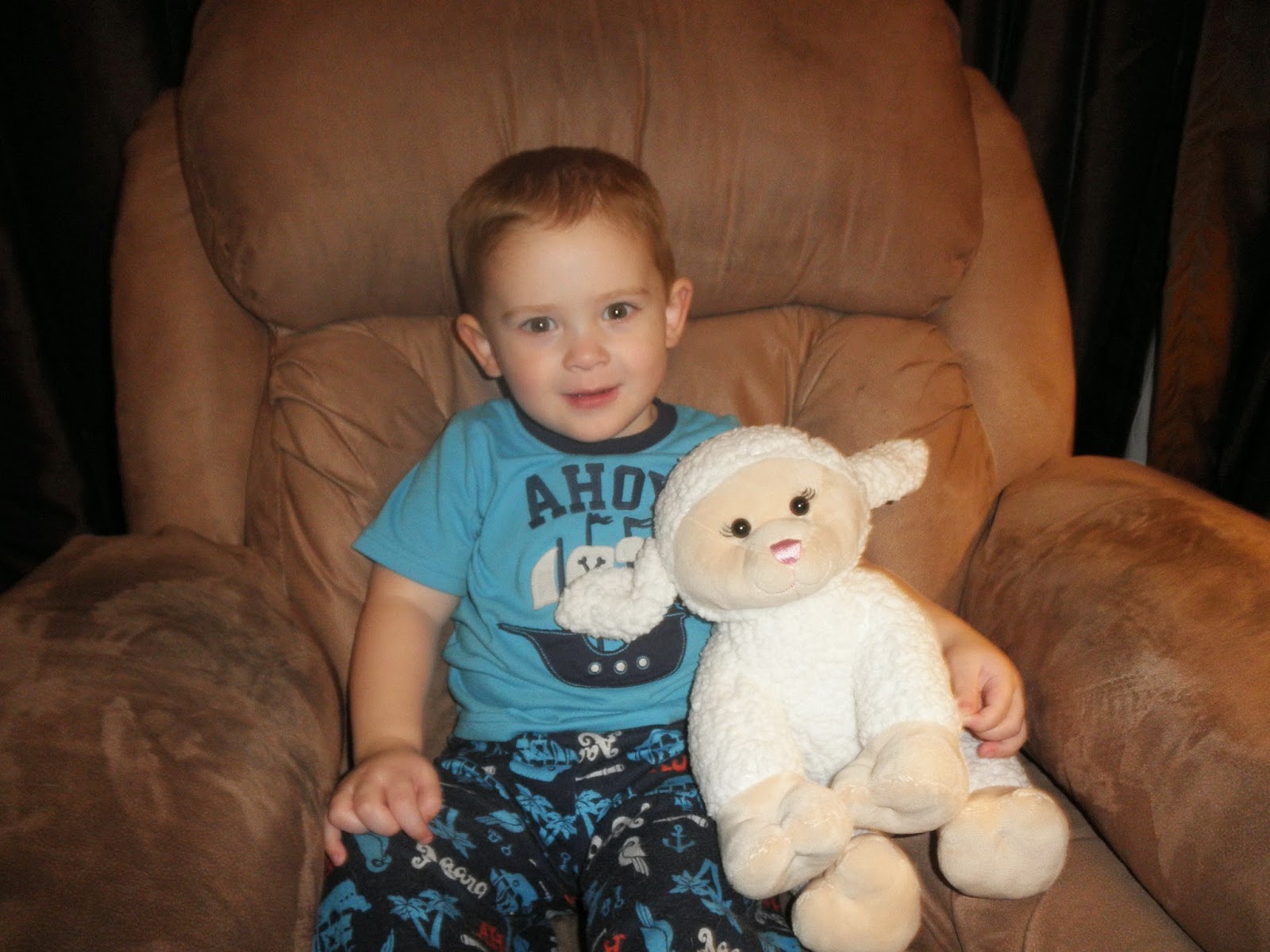 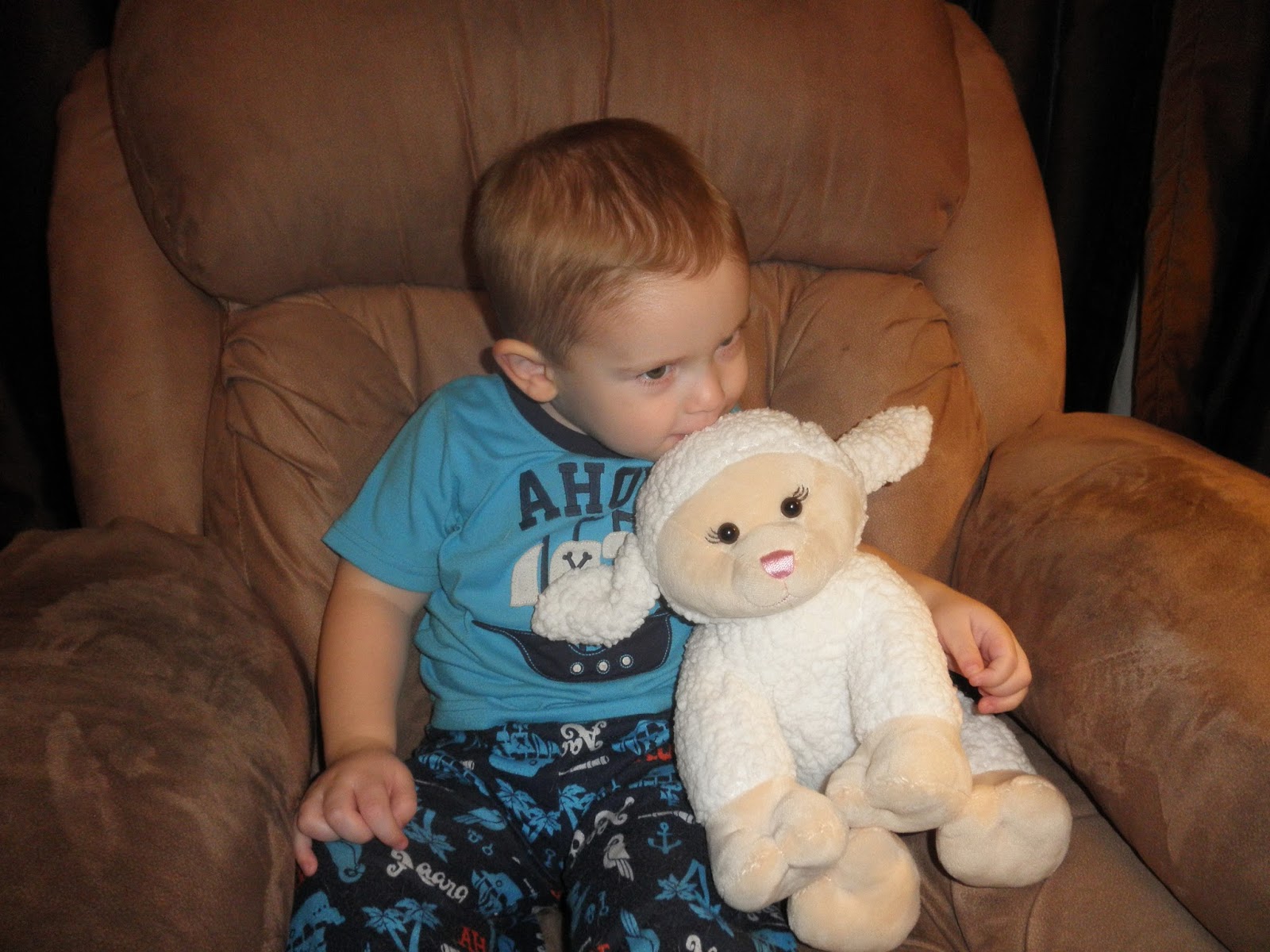 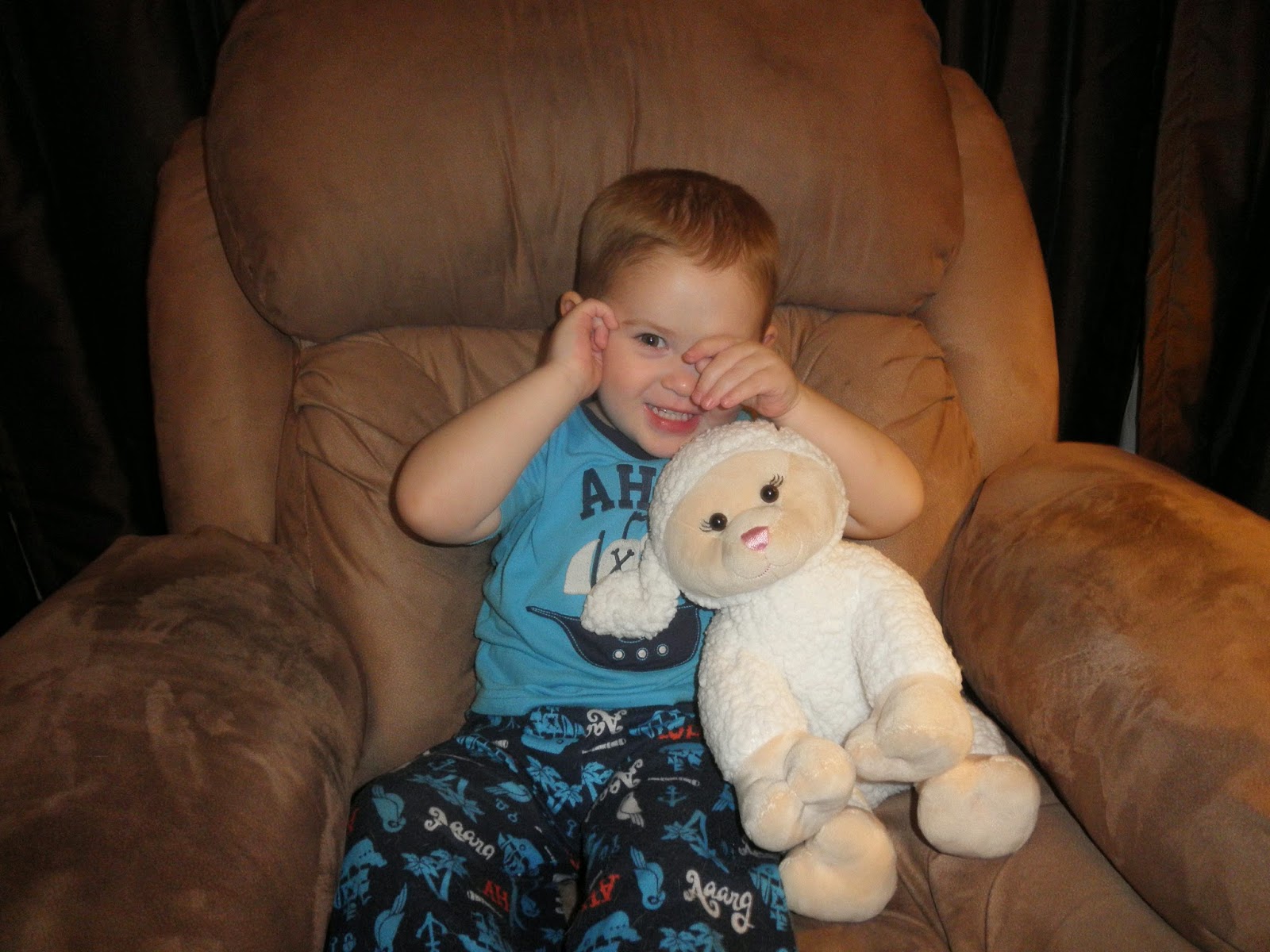 Spencer picked a rabbit and named it Bunny.
That is amazing, because when I was 5 my parents gave me a stuffed rabbit and I named it Bunny.  I slept with Bunny every single night of my life until after Michael and I were married.  Seriously.  Bunny now lives in my closet next to my jeans. 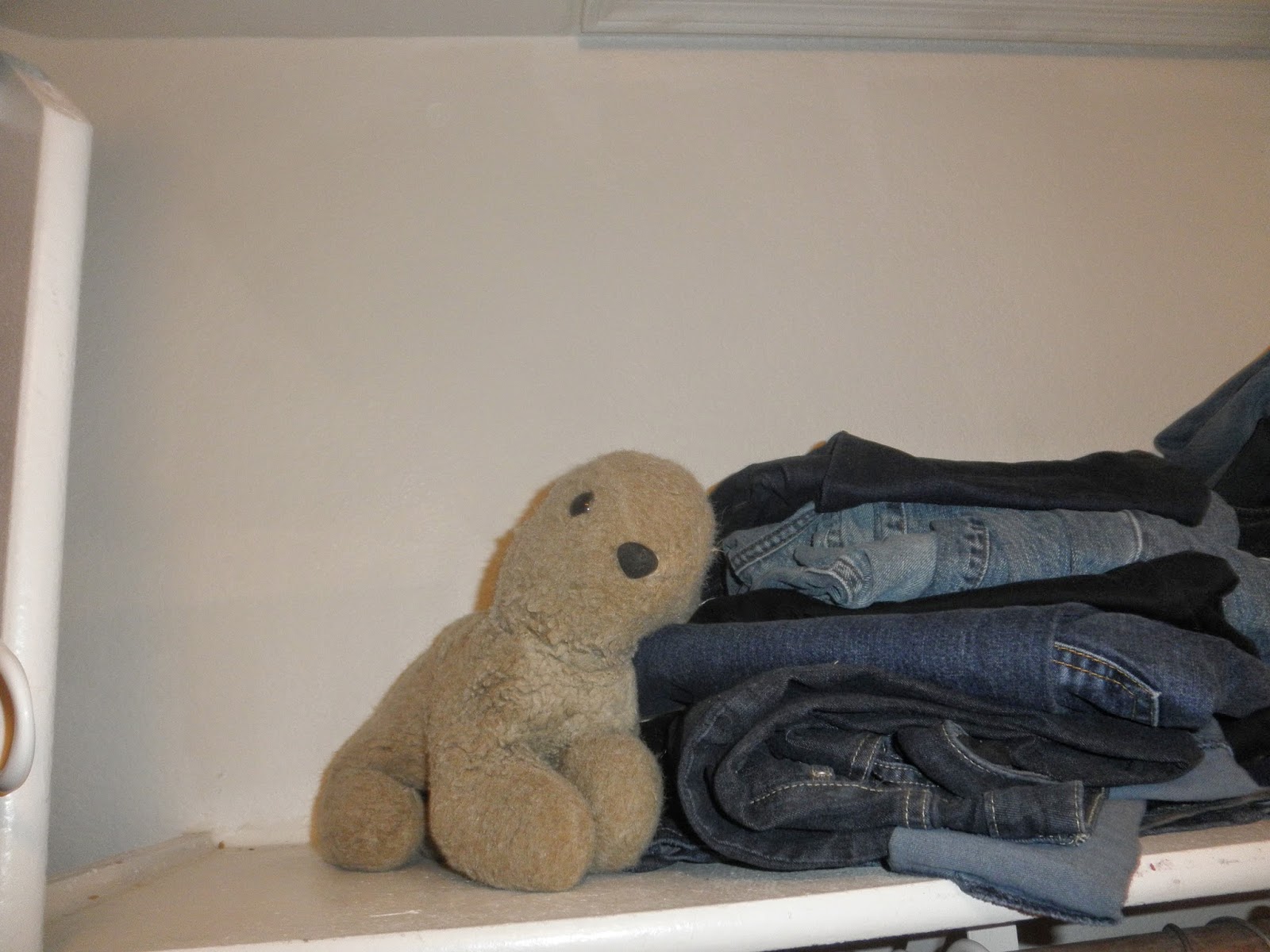 He is missing an eye, 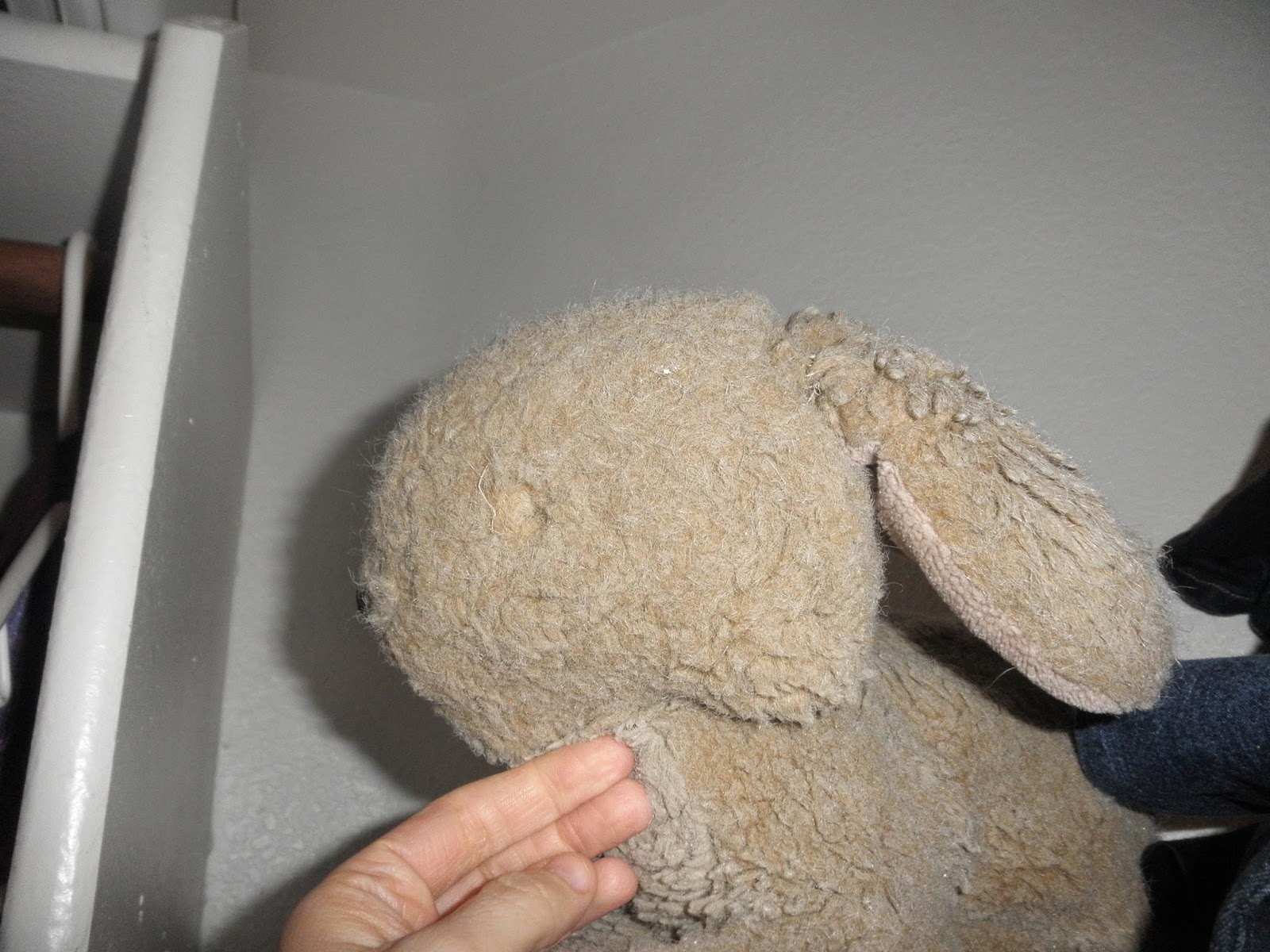 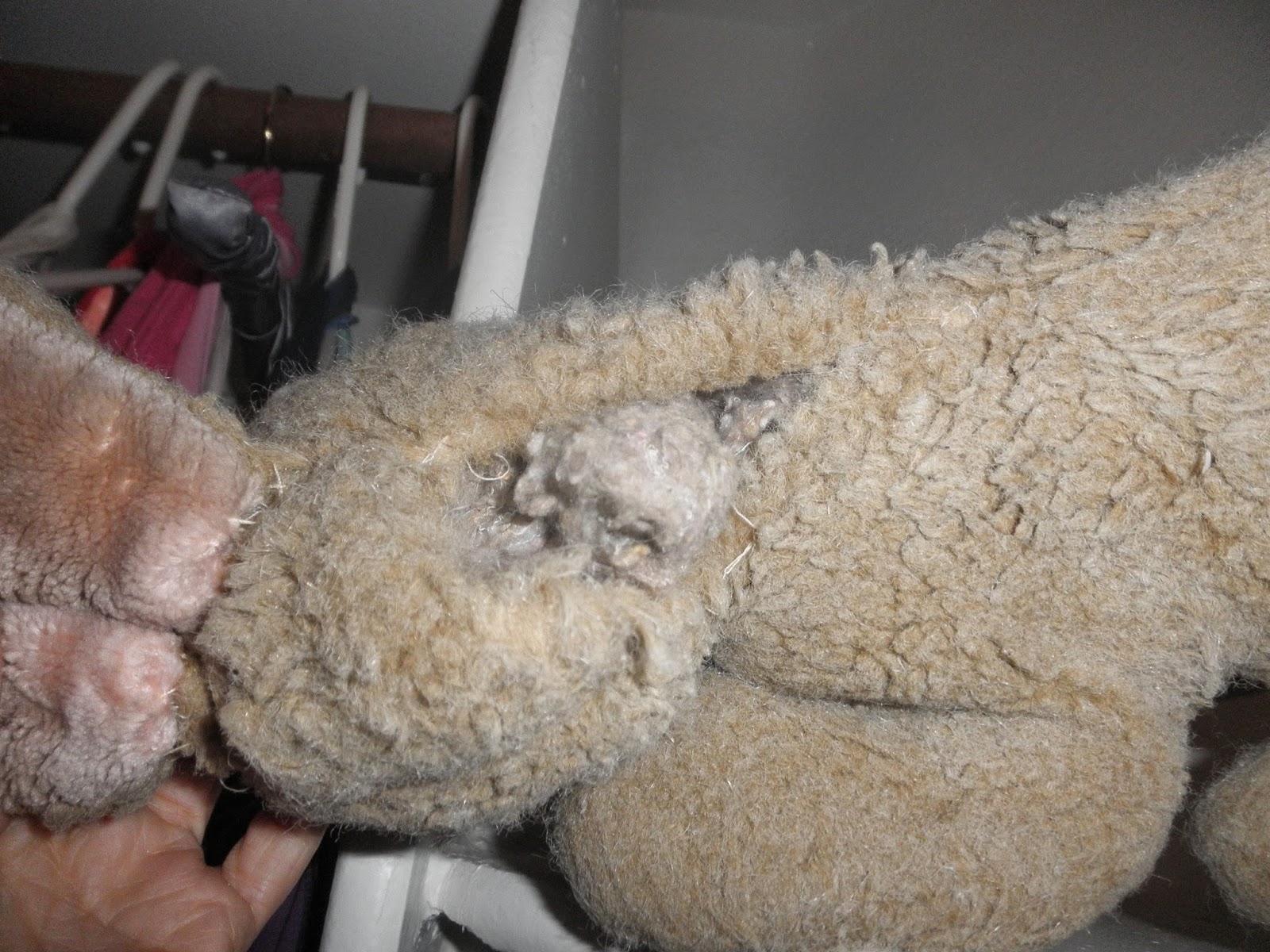 I secretly hope that Spencer will sleep with his Bunny until well into his 20's. 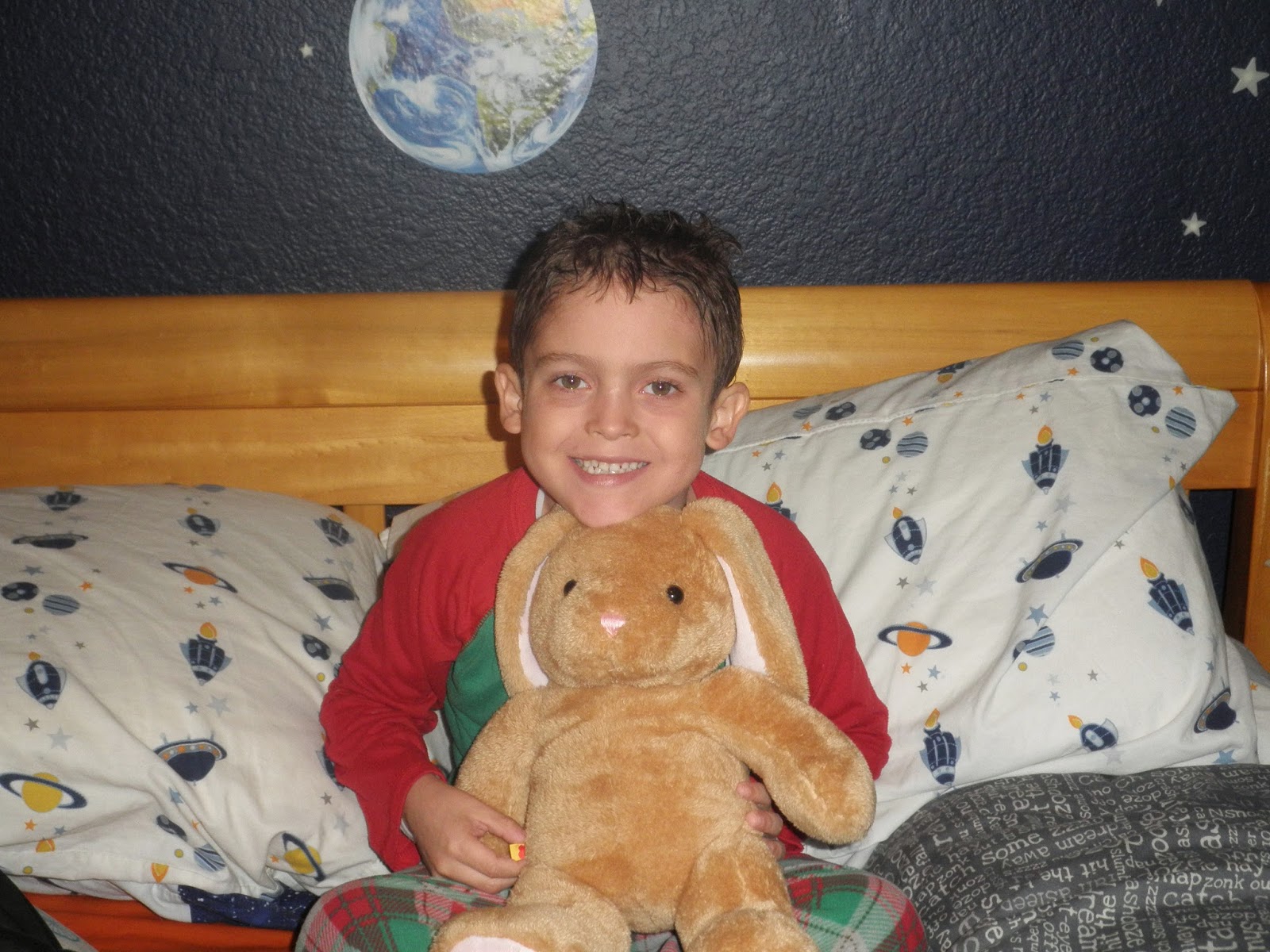 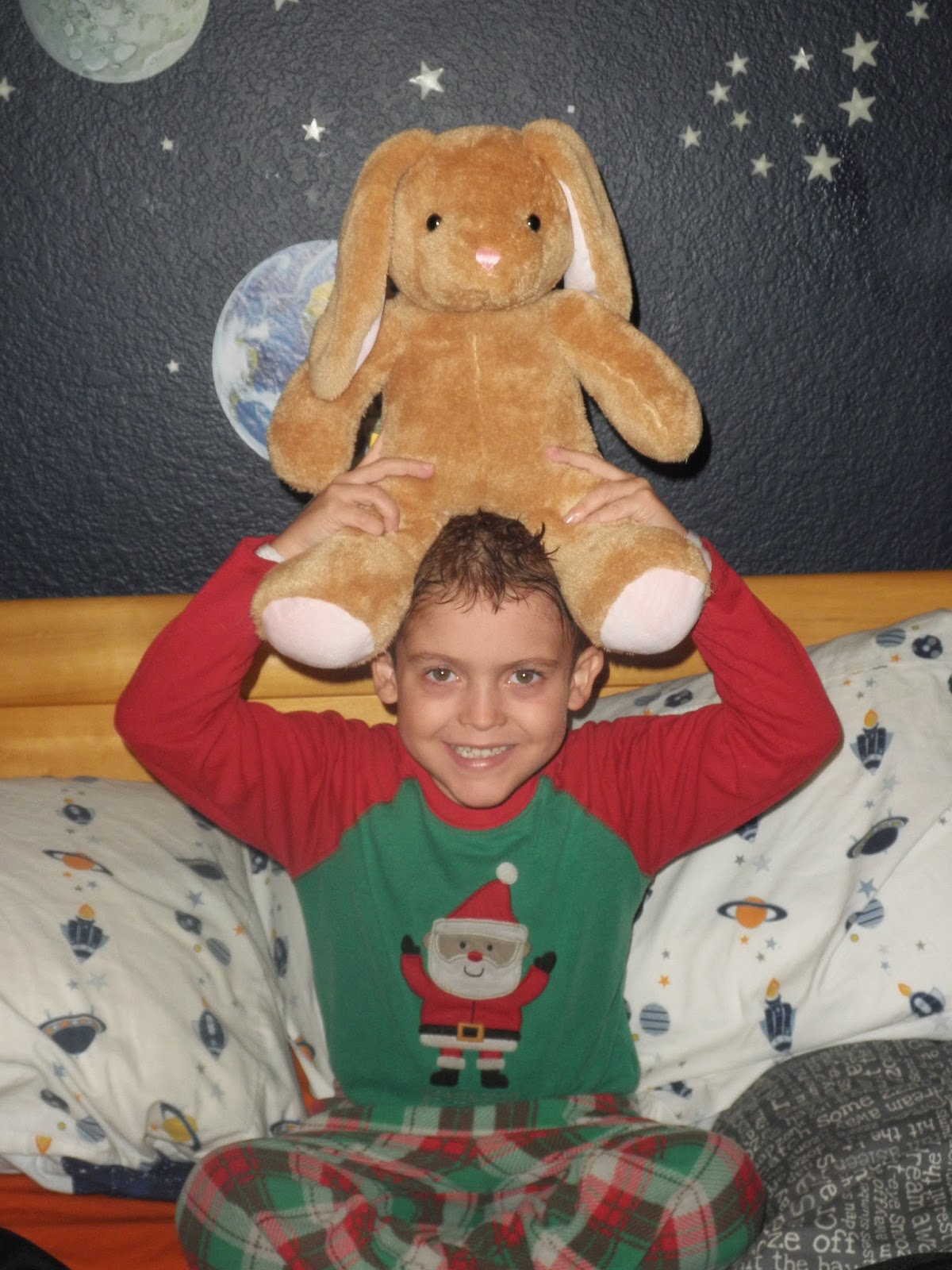 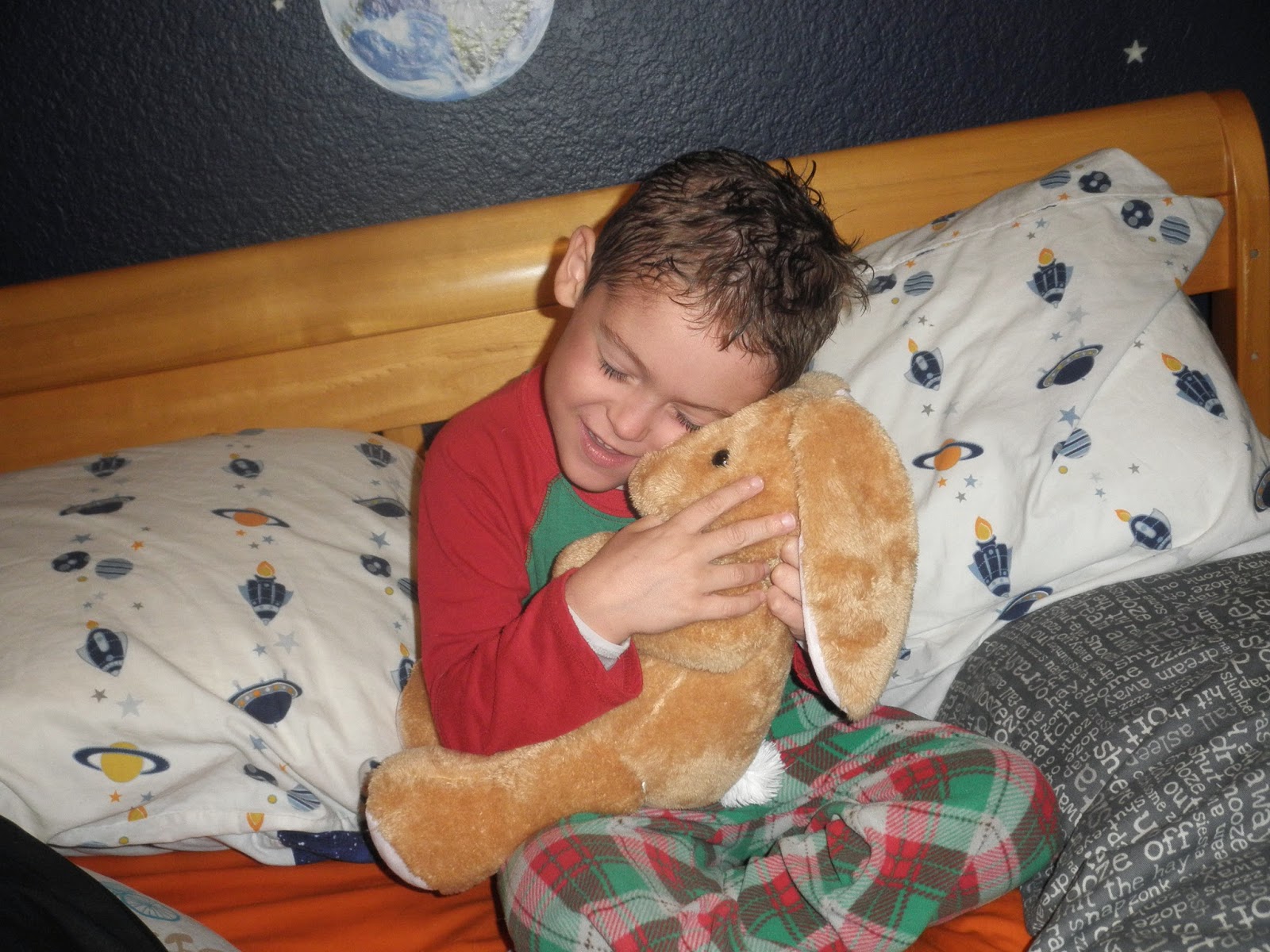 Last week Pinterest told me that we should make a fairy garden for the back yard.
We just happened to already have a pot that was given to us as a house warming gift in 2007.  It's been holding pine cones for years and I have never actually planted anything in there.
We gathered supplies. 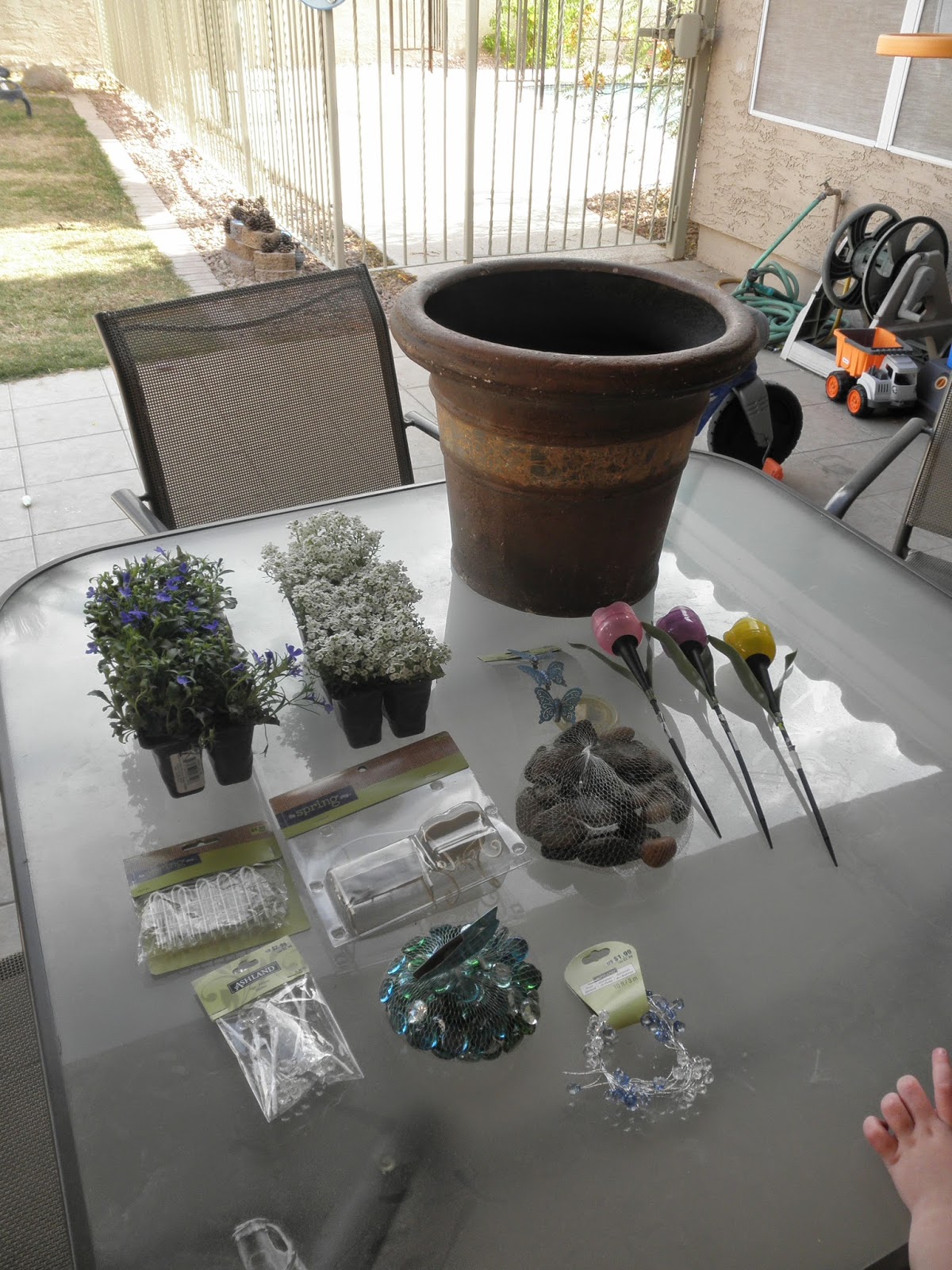 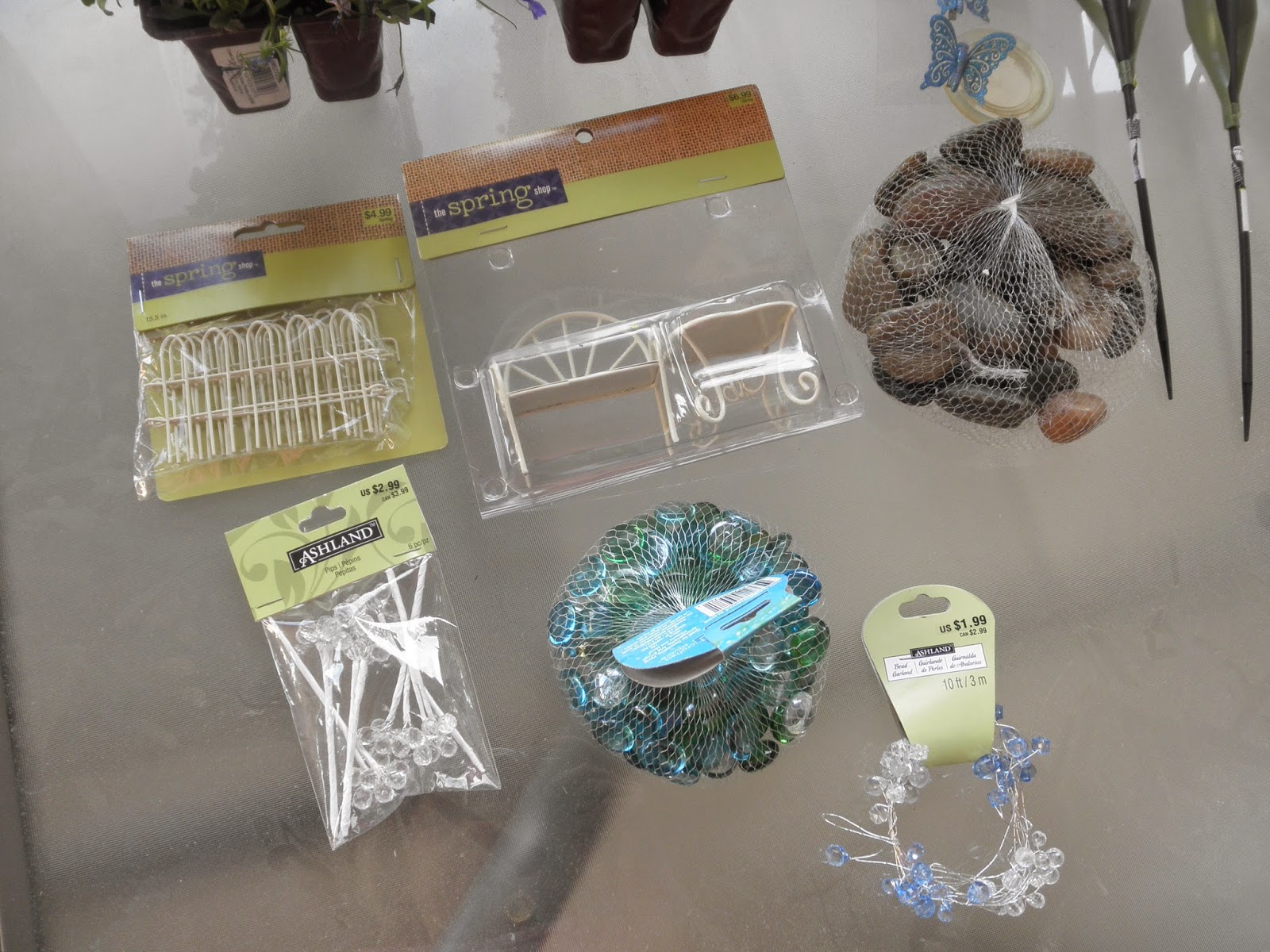 And in about 20 minutes we had a lovely little fairy garden. 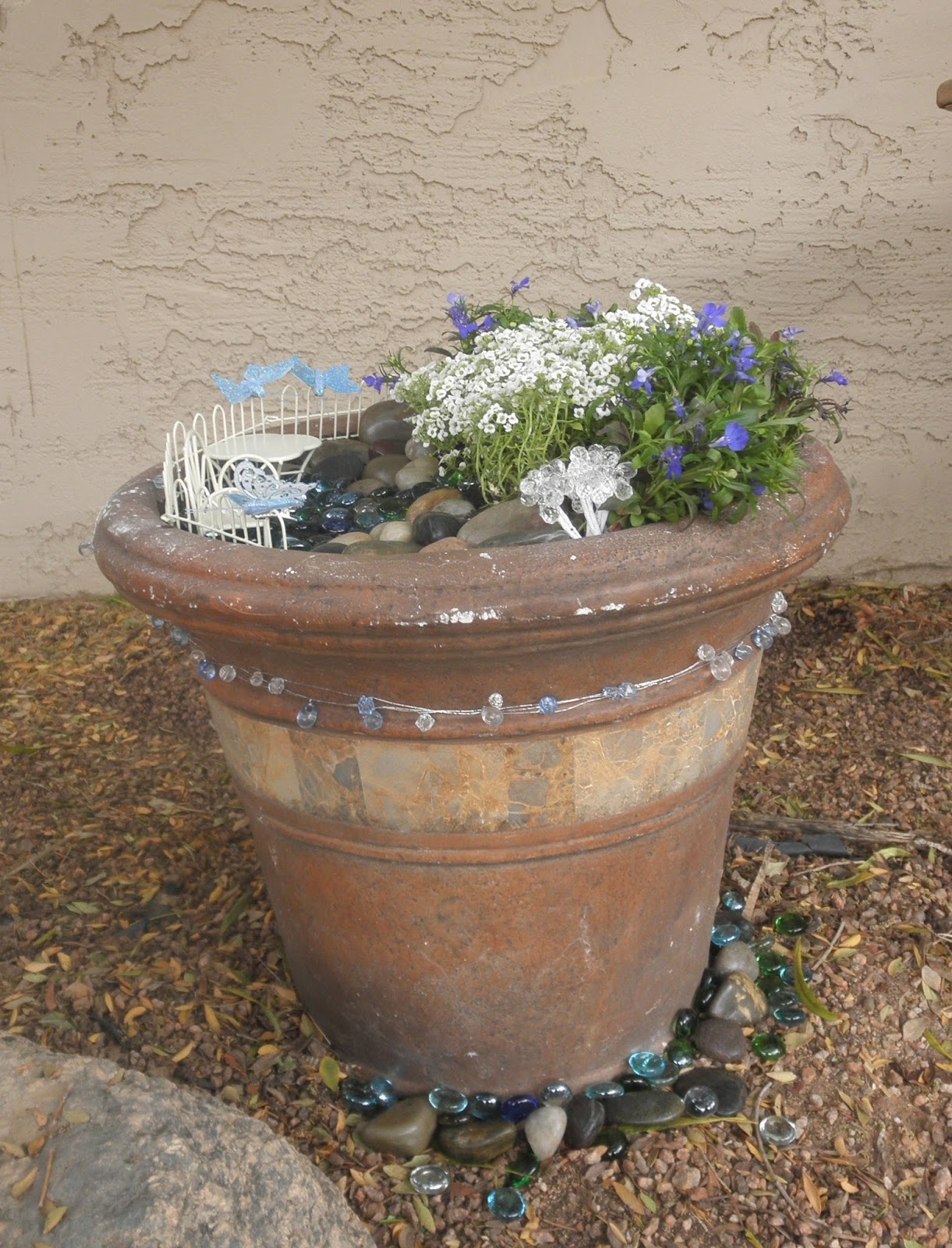 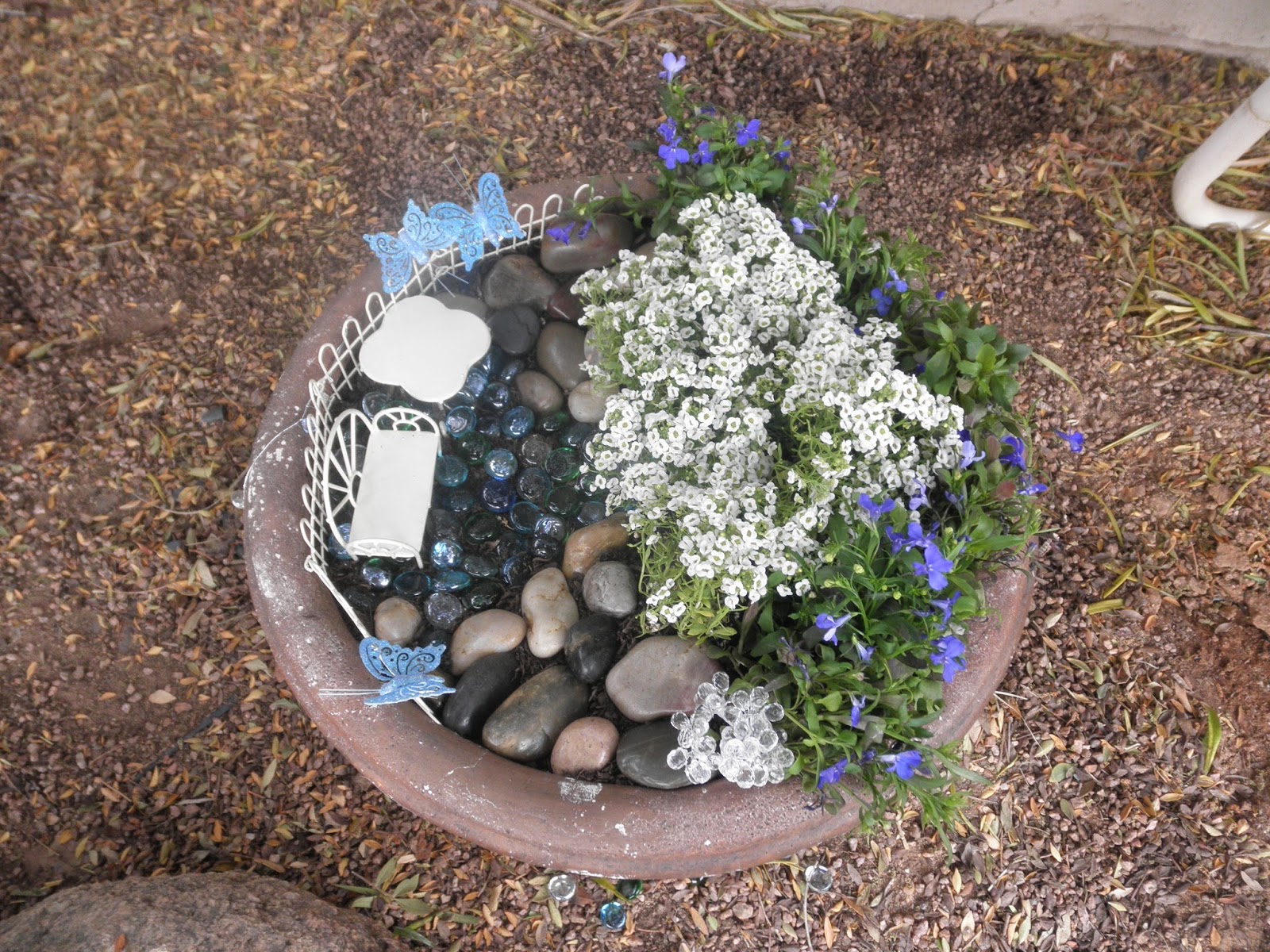 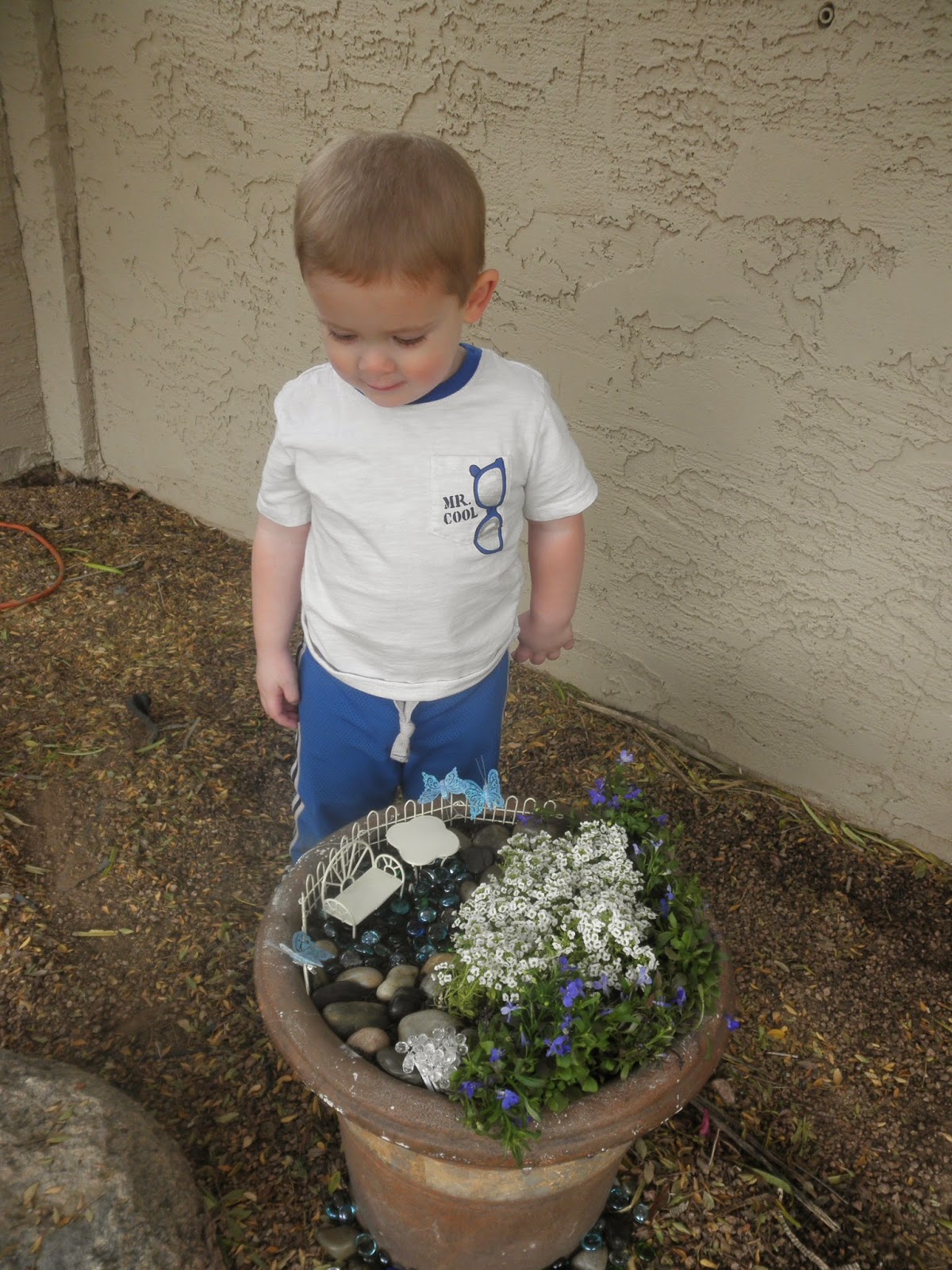 Spencer thinks we need to make another one with a house for the fairies, but I think they will be happy with their park bench and table. 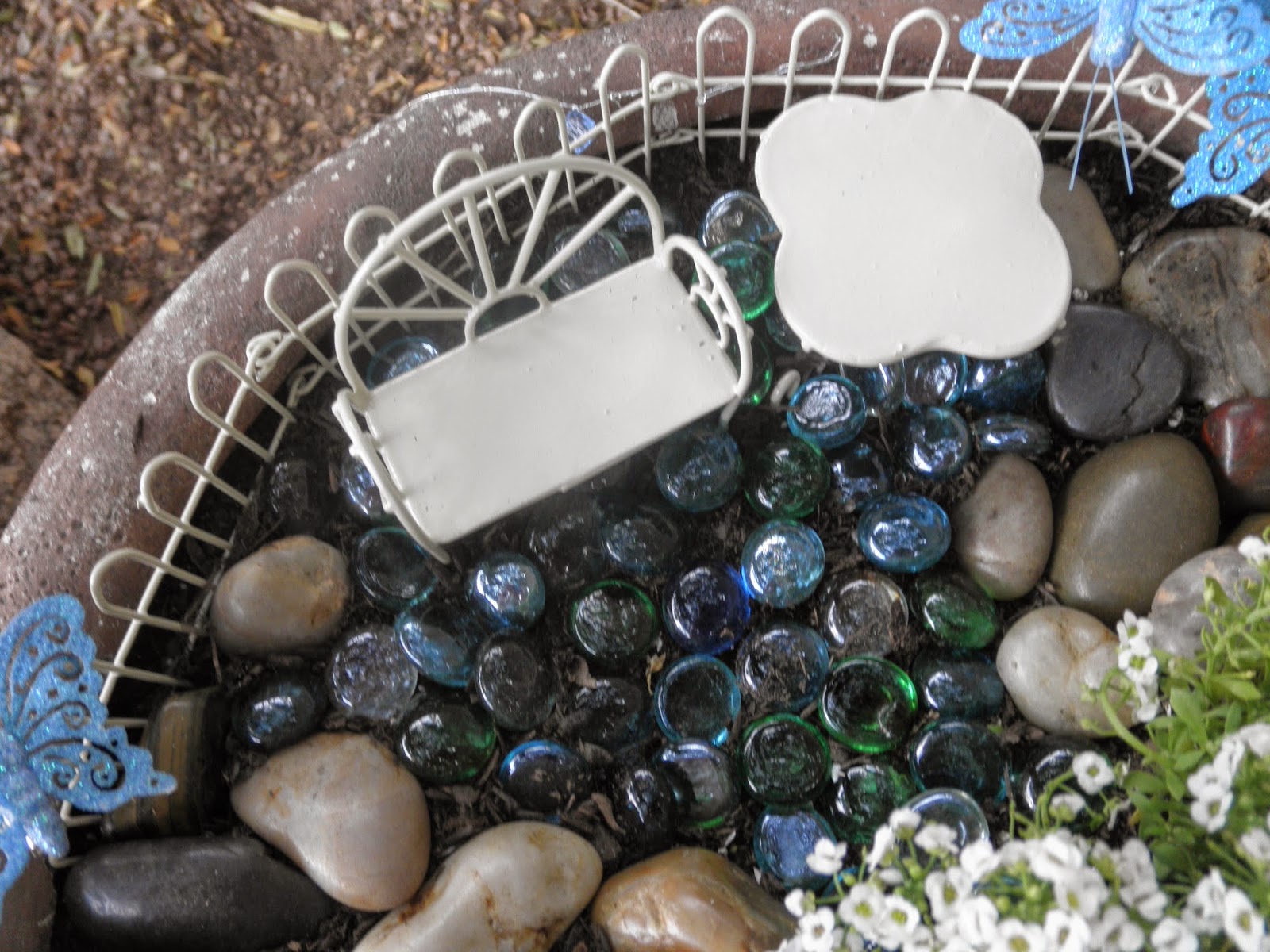 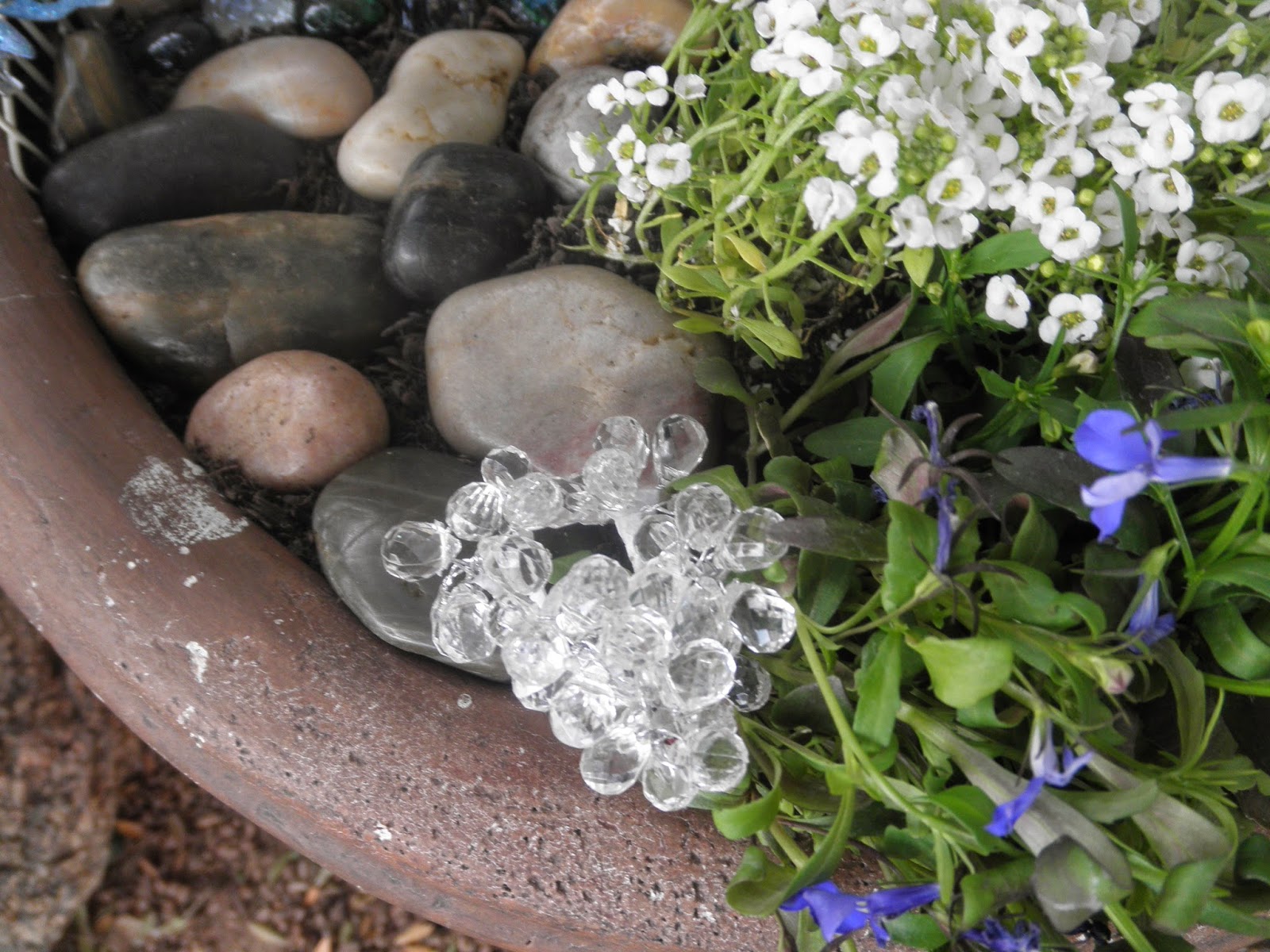 I'm already sad thinking about the oppressive heat killing the flowers this summer.  They are in a pretty shady spot, so I hope they can survive. 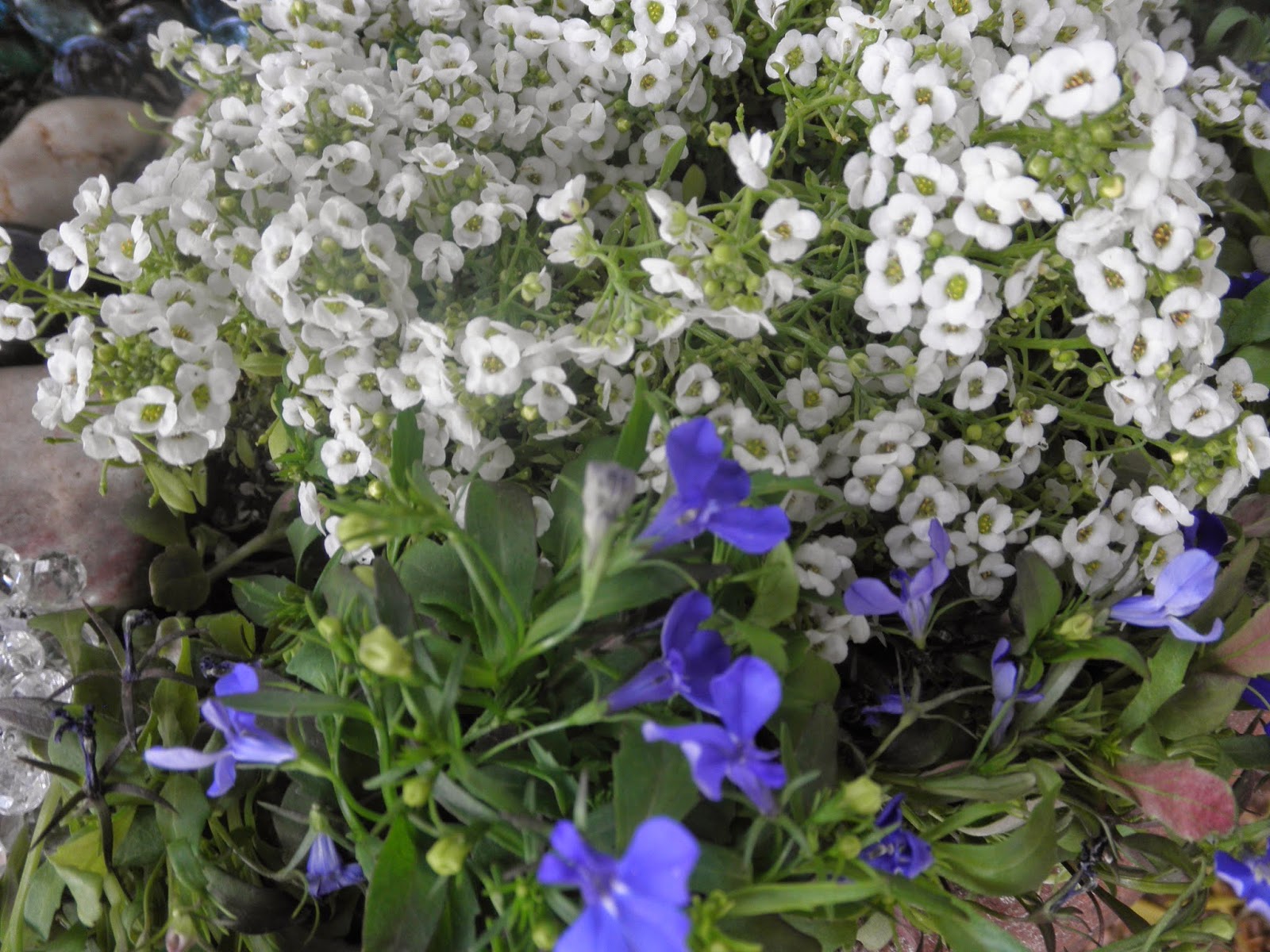 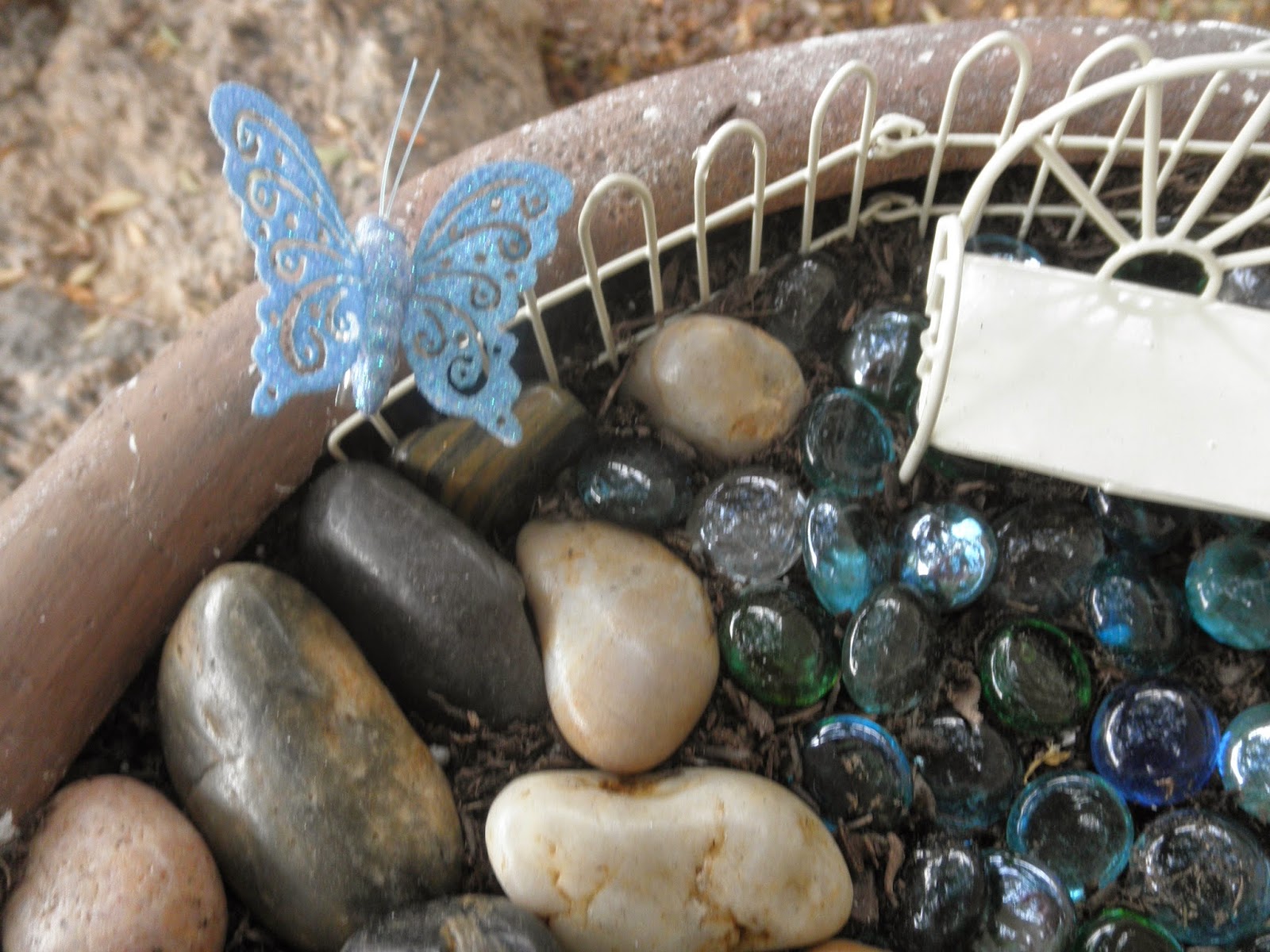 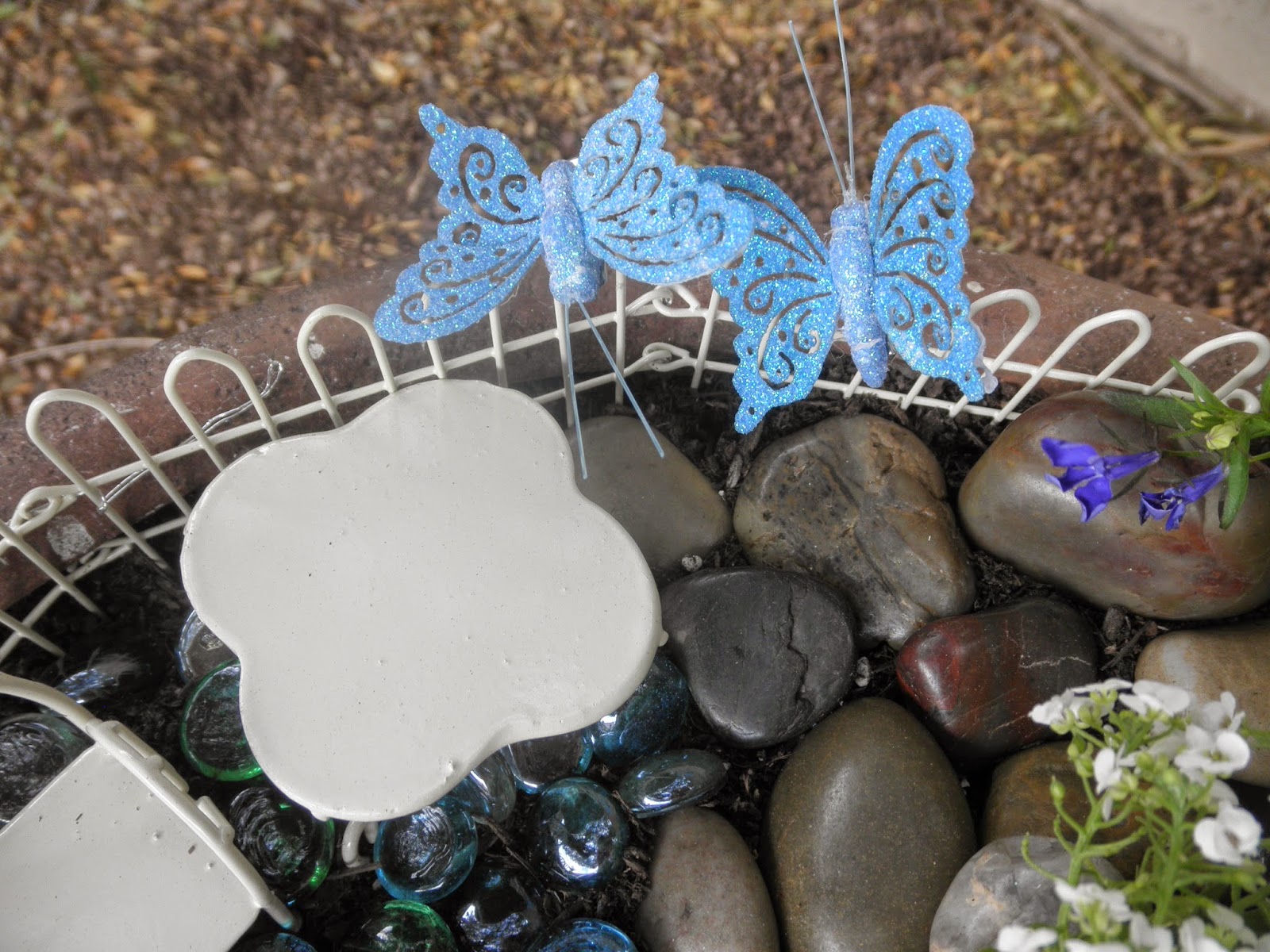 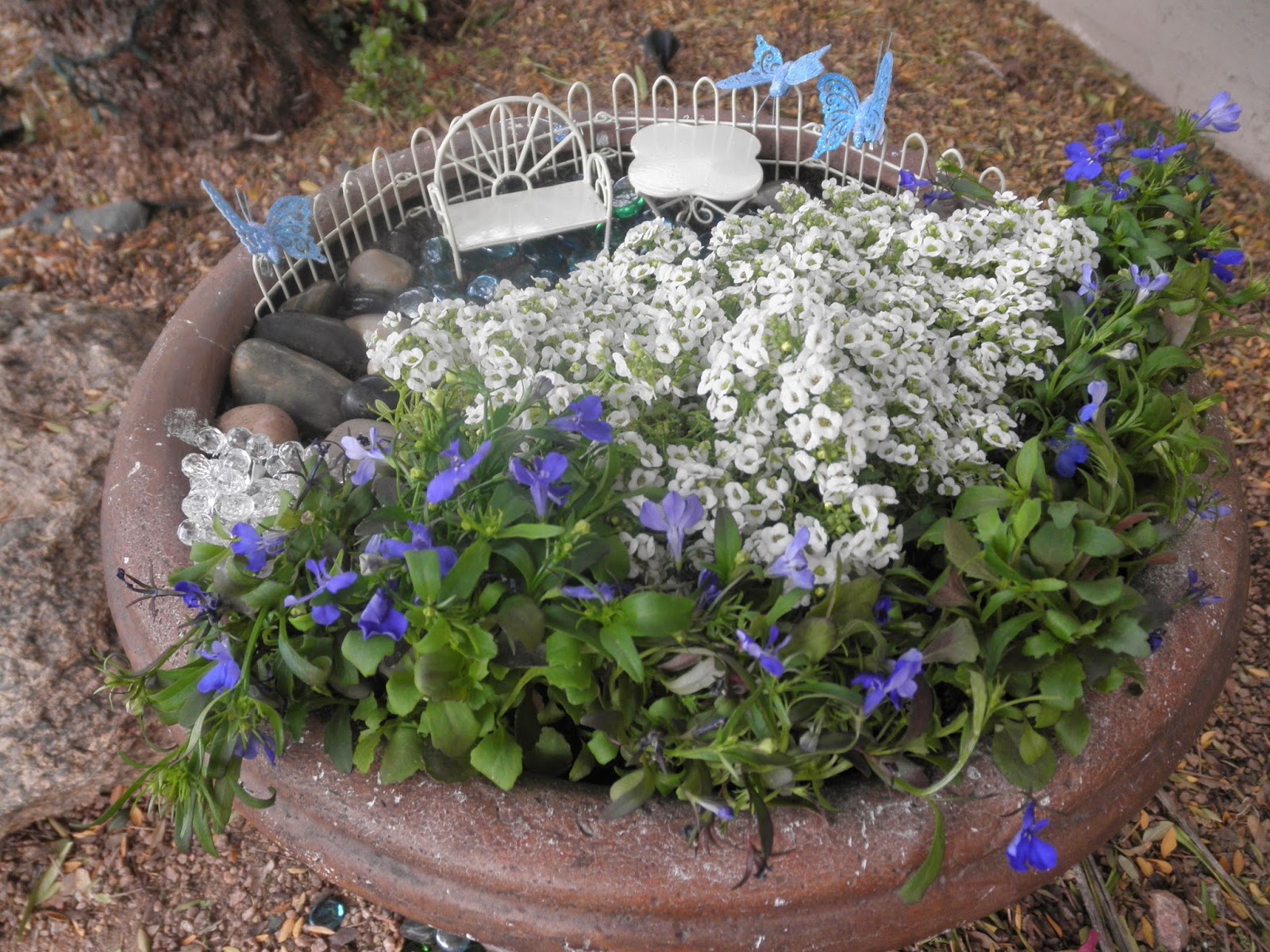 I really like it.  It's one of the most naturey things I have ever done.
Posted by Natalie at 9:15 PM

Okay, I am like seriously mad at you for not telling me after all this time that you also have a little bunny "obsession." I mean, you know about my obsession and this is yet another of our "twin" things. Haha! I love Spencer's bunny. I wonder if I can talk Evan into getting a bunny. We do have way too many stuffed animals in our house though, and his favorites tend to be dinosaurs or his now Star Wars themed Build-A-Bear. And I saw your fairy garden post on FB and really liked the idea. I have my pots from last year with all Mattie's flowers, but some of them aren't looking so great this year. I may need to do a little garden upgrade to those pots this year.

I so remember bunny! I had forgotten about it until now...

Did Bunny go to UNH at all?