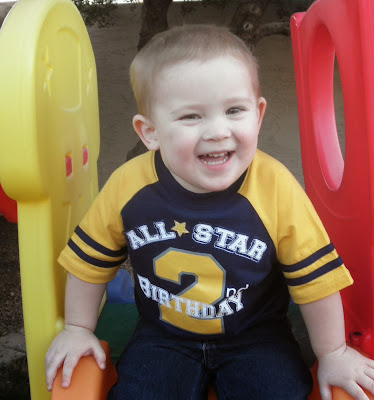 I was trying to figure out how to do the typical monthly post while also talking about Elliott's day on his second birthday.  I couldn't figure out the details without ripping a hole in the space/time continuum, so I decided to do the monthly post today and the review of the day post tomorrow.  Mostly this is just because there would be 6.4 million pictures if I did both of them together.  This way you only have to look at 3.2 million right now.
So here we go.  The last monthly post!
First off, I have some huge news.  I shared this on facebook last week but this is new- to-the blog information.
Elliott had a blood draw on December 2nd and we met with Dr. Miloh on the 11th.  I was fully, 100% prepared for the liver biopsy when Dr. Miloh dropped a bomb.....Elliott's liver enzymes were in the normal range.  I nearly fainted.  He nearly fainted (not really) when I told him that I didn't know.  Apparently he asked his nurse to call and tell me as soon as they knew so I would be prepared with that information coming into the appointment.  Well, we got no such call.
His GGT was still "technically" elevated, but only by 6 points.  Normal is 3-22 and Elliott's was 28.That's a huge improvement from 1,517 when he was 2 months old.  His ALT had been 75 in September and was now 39.  Anything between 5 and 41 is normal.
The plan now is that Elliott will need one more blood draw right before he turns 3, just to make sure everything is still normal, but for now he has a totally clean bill of health.  We are obviously totally thrilled. 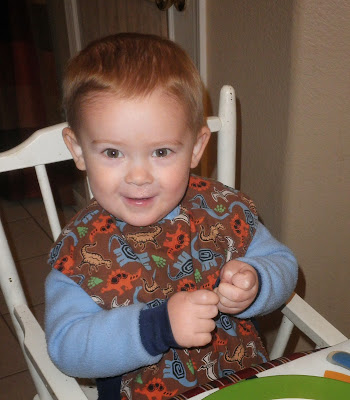 Elliott was 33.2 pounds and 34 inches on the 11th.  It's the 95th percentile and the 75th percentile.  He is wearing a size 5 diaper and 24 month, 2T and 3T clothes.  He has huge feet that are like thick blocks of clay, which makes shoe buying and putting on pretty difficult. 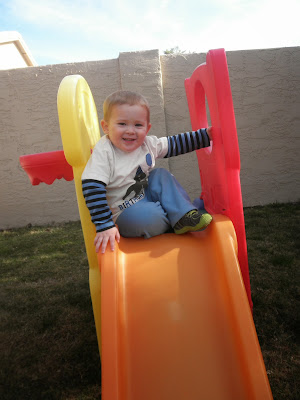 Elliott is a talker!  He is combining 2 and 3 words at a time.  There is very little that he says that we don't understand.  He has a word or a word approximation for just about everything.  He says Pensuh for Spencer and Ejiut for Elliott.  He can correctly label red, blue and green.  He knows how to say orange, yellow and purple too, but he can't correctly label them.  He says square and triangle and can identify those correctly.  He counts to three and then skips to eight and counts from eight to thirteen.  He can follow 2 step directions all the time and 3 step directions some of the time. 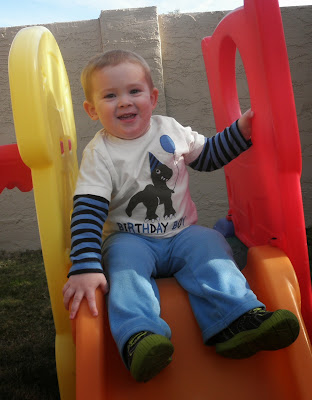 Sleep is awesome right now.  I'm so glad we called his bluff with the crying at nap time and bed time because he totally outgrew it.  We read to him, sing twinkle twinkle little star, put him in bed and leave the room.  Nothing.  He just goes to sleep.  It's phenomenal.  He went through a phase where at least 2-3 times a week he just wouldn't nap at all.  I don't want to jinx it, but that seems to be over.  He has been napping and napping well, every day. 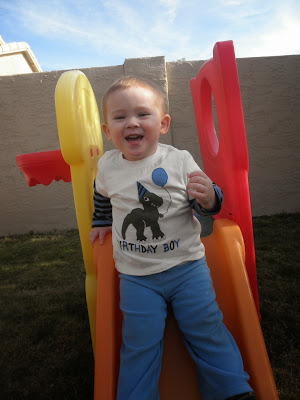 Elliott continues to be pretty picky with his eating.  I have no idea how he is in the 95th percentile because some days I feel like he has eaten nothing.  My parents gave him peanut butter granola in November so we gave him peanut butter crackers to test him a second time.  So far, no reaction.  We also gave him chocolate for the first time at his party.  He doesn't seem to be a huge fan.  What?
His favorite foods are crackers, cereal bars, fruit and milk. 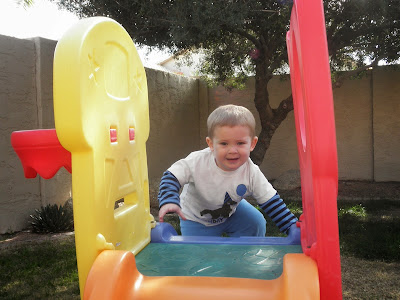 His favorite book at the moment is called "The Goat Who Ate Everything".  Maryellen got it in a happy meal and gave it to Spencer.  Elliott claimed it as his own and hasn't looked back.  He asks us to read "Goat" multiple times a day. 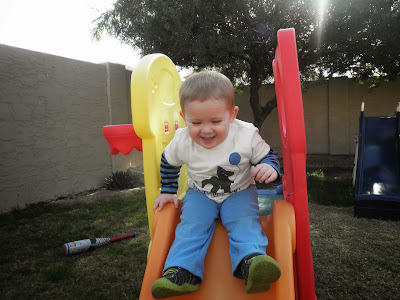 I'm just brainstorming things I want to remember about Elliott at 2 right now.  I'm running out of ideas. 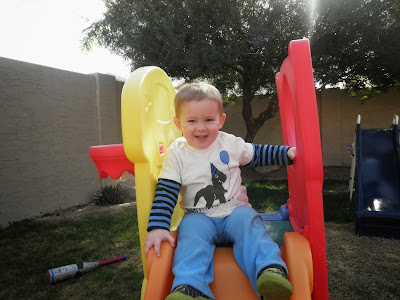 He loves taking baths and going in the shower.  When he says shower it sounds like chowder. 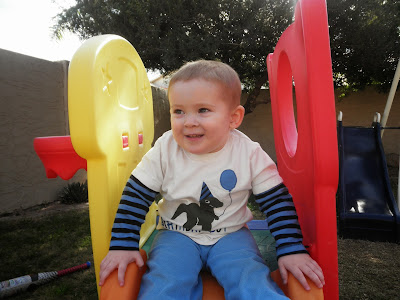 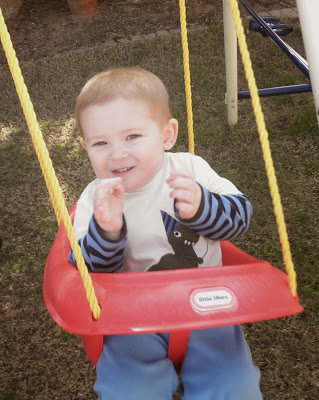 Elliott has quite the musical ear.  He can hear a song once and can sing it.  Spencer was humming the Darth Vader song and Elliott just took off with it.  He sings it all the time.  He also sings Jingle Bells and Twinkle Twinkle Little Star all day long. 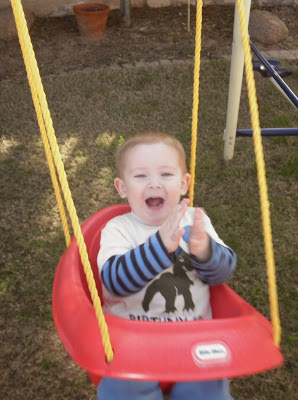 Elliott is left handed for feeding himself and coloring.  He uses his right hand for turning light switches on and off, pushing buttons and building with blocks. 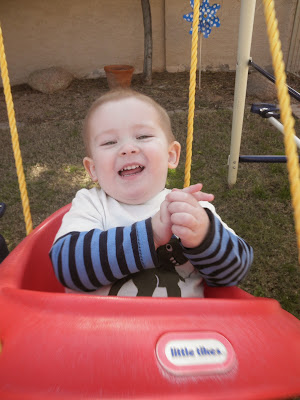 Elliott lives for pushing the button to make the garage door go up or down.  He LOVES to go get the mail.  Chasing his brother around the house is high on his list of favorite activities. 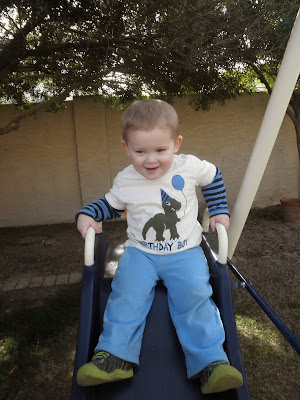 EEEK.  I just can't think of anything else.  I'll probably go to bed and a million things will pop into my mind, but right now my brain is dead. 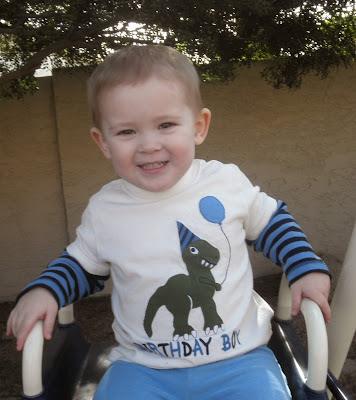 You're only half way through the photo shoot so keep scrolling......I told you there were millions. 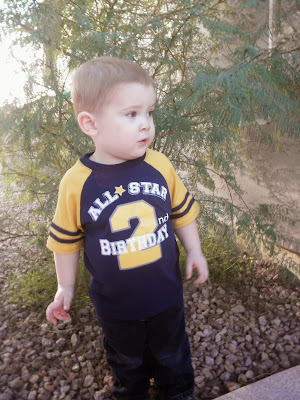 If I think of anything new I'll come back and add it, for my informational purposes only.  You don't have to keep checking back for months and months.  I mean, you can, but you don't have to. 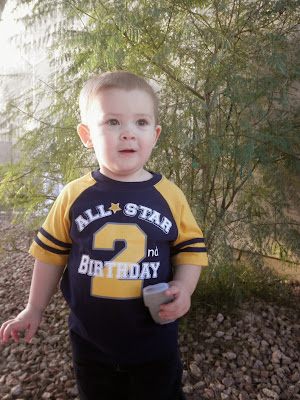 There is a comparison collage of Spencer and Elliott at age 2 at the bottom.  That's how you'll know you are done. 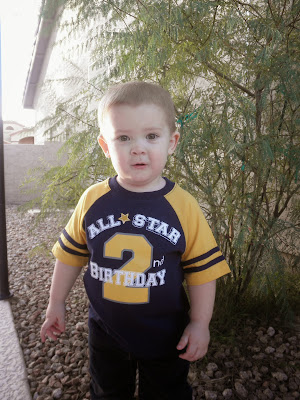 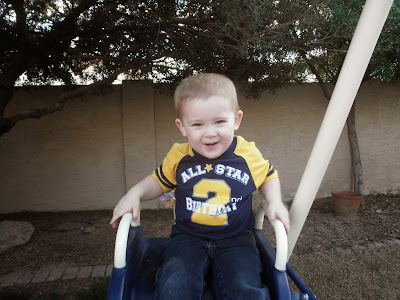 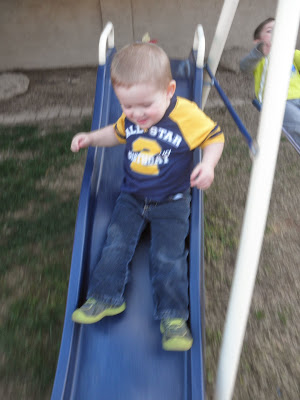 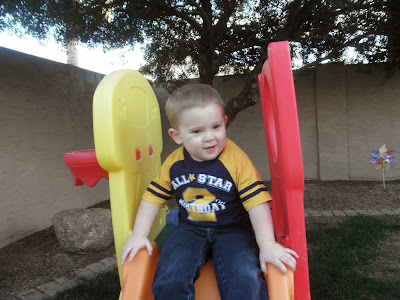 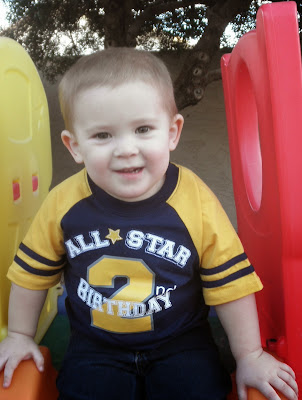 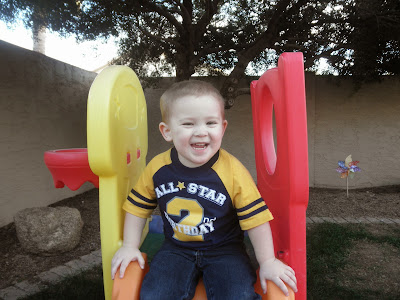 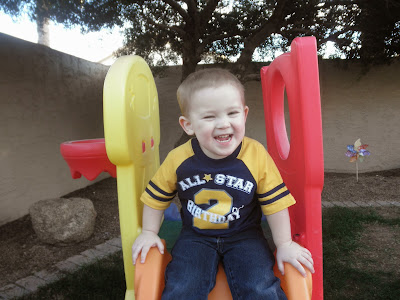 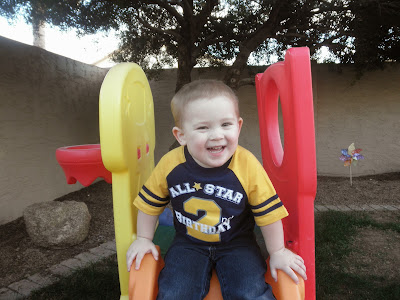 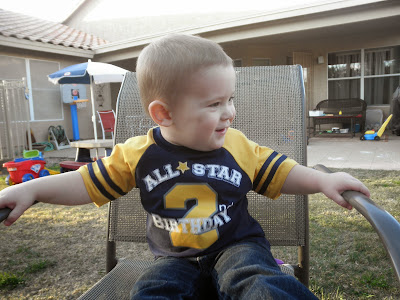 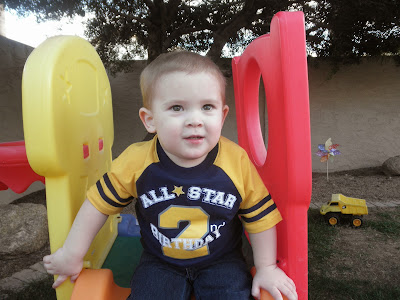 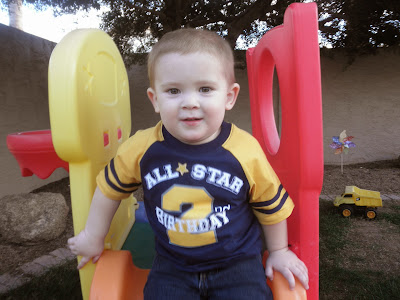 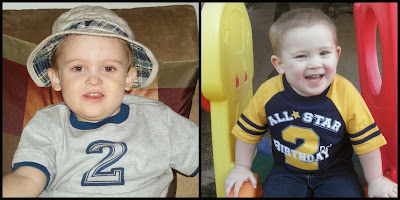 Awww, that was a very cute photography session, and it was not too long at all. I do think he and Spencer look more and more alike everyday. I also think from the sound of it anyway that Elliott and Brody would be awesome buddies...and get into lots of trouble together too. Evan and Brody are really loving playing together more and more now as I know you've seen with Spencer and Elliott. Evan's favorite game is hide and seek in which he hides and his brother goes searching through the house yelling "Edah!" Yep, that's his way of saying Evan. He doesn't actually say his own name yet, but he does say "me" for himself. And last night for the first time ever, he called me "mommy" over and over instead of "mama." I thought that was a big deal and was a little sad because it felt like he was really growing up giving up the baby name for me. At least it wasn't "mother" right? :-)

I seriously love every single picture. What an incredible little guy!